This was a game where injuries were to catch up with “The Wasps” with Parry, Graham, Deas, Robertson, Brown and Gilhooly all unavailable, Peter Grant’s team on Saturday were stretched defencively even before both Blair Malcolm and Liam Dick had to be replaced with Kevin Cawley covering at right back and Stevie Hetherington at left back.

In the end a 2-0 victory flattered Ayr United in a game in which both keepers had differing fortunes, young Kieran Wright making a horrible error, which he will learn from, to allow Ayr United to open the scoring.

Ayr United keeper Ross Doohan had to make a string of fantastic saves to keep his side level, “The Wasps” creating plenty of opportunities but missing the chances, which at this stage in the season need to be taken.

Alloa battled to find an equaliser and nobody could question the players workrate but losing the opening goal had put “The Wasps” on the backfoot. Alloa dominated possession, especially in the second half but could not get the goal which their play deserved. Scott Banks came on for his “Wasps” debut after joining on loan from Crystal Palace and his quality was causing the Ayr United defence problems, stopping him any way they could.

With eight minutes to go, Ayr United scored the killer goal, when Alan Forrest was given room to pick his spot in the top corner of the net, a fantastic goal but cruel on the home side.

Alloa kept battling to the end but it was Ayr United who collected the valuable league points and end “The Wasps” seven game unbeaten record in the league. 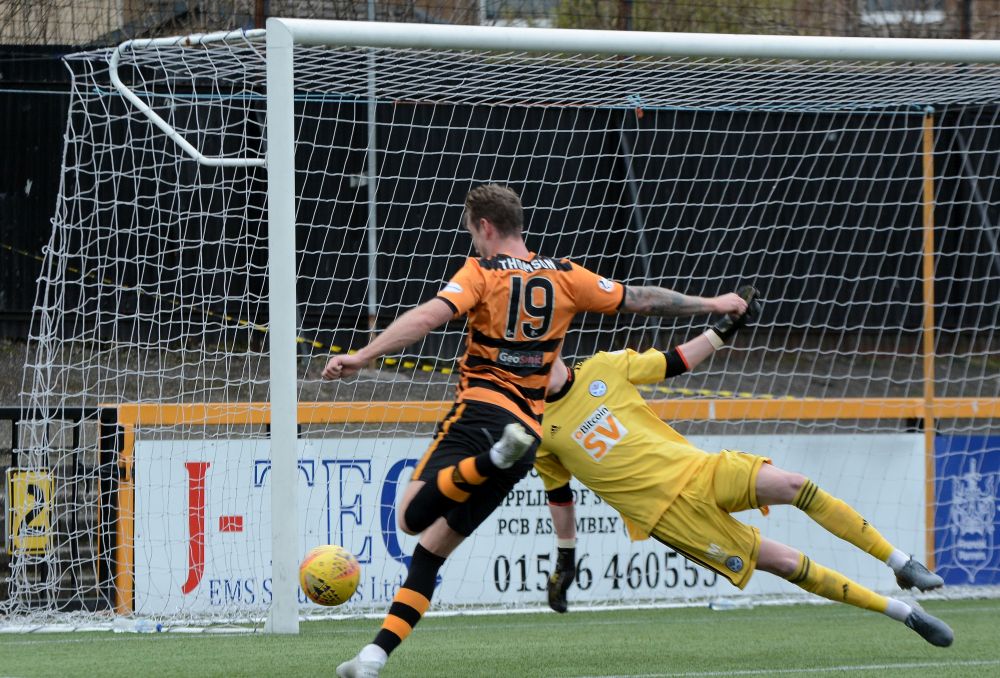 Thomson with a great chance. 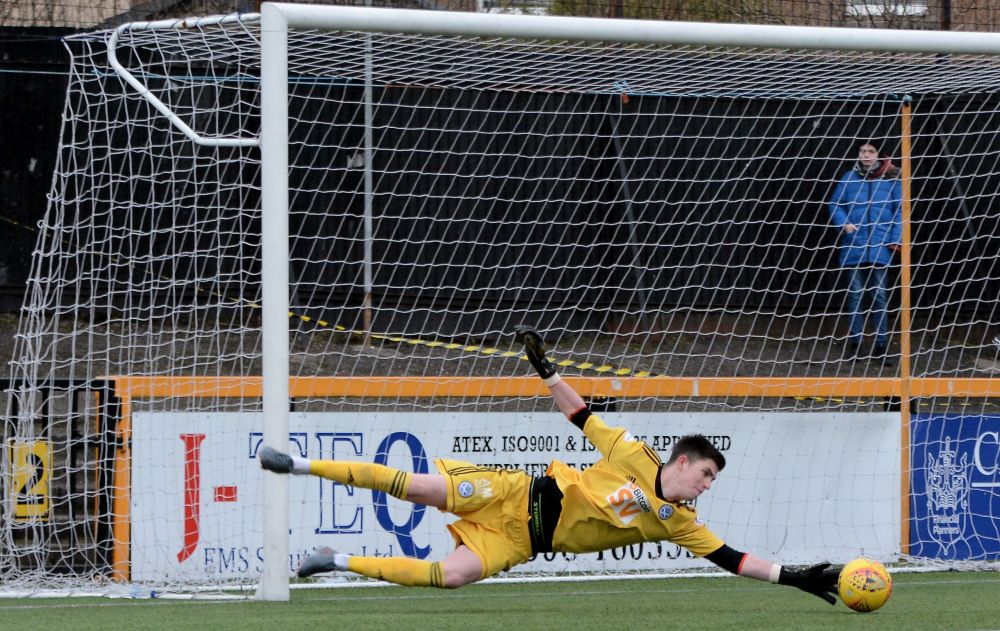 Trouten denied in the second half 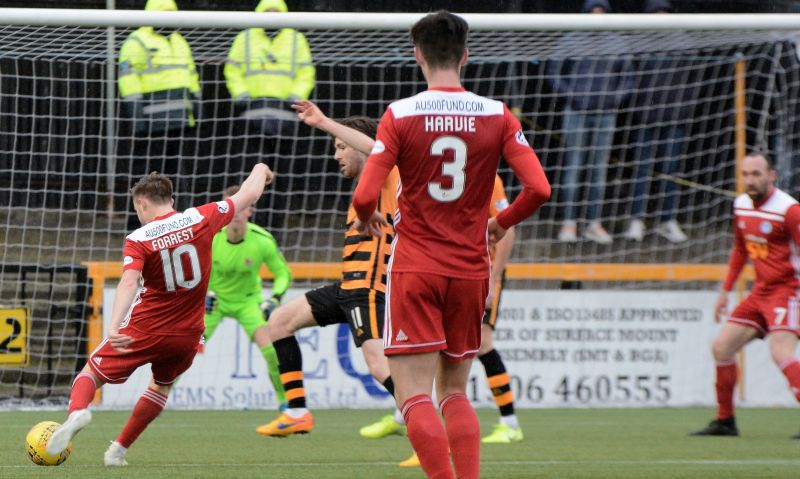 Lee Connolly struggling to find a way through.

Peter grant after the defeat

It was a game we made an error, young Kieran Wright knows that, he has held his hand up, that’s probably the youthfulness in him as well, as a young goalkeeper we know you are always going to have mistakes but then he had a World class save at the end, but losing the opening goal put us on the back foot and that is now in both games we have played Ayr we have lost early goals.

We had a lot of the ball and created chances, missed them, and football is what you do in both boxes and we weren’t clinical enough, in a game maybe Ayr had three shots on goal and they got two goals and the save from Kieran right at the end of the match. Obviously very disappointed with the result but yet again I thought it took us a little bit time in the first half to get going, we adjusted a little bit, created the chances and their keeper had a couple of fantastic saves, but for me they were bad misses, we need to be more ruthless and it proved costly in the end but fair play to Ayr United they kept going and their winning goal to go 2-0 ahead was a strike which was going in the top corner, I don’t think we lose to shots which seem to go in, but in the top corner, but Ayr are capable of that, they have good players they are a good side but it would be remiss of me to say the players did anything wrong today, the disappointment in the dressing room is the fact of the distance they have came, dominating a lot of the play, had more shots on goal, but you have to be more ruthless in front of goal , or you will never win games of football.