Alloa Athletic scored a last minute goal to earn an unlikely draw in a game the team never got going. Ayr United with their new transfer window signing – Liam Buchanan, Chris Smith, Neil MacGregor & Michael Donald were a different team from which “The Wasps” had faced earlier in the season. Ayr did take the lead against the run of play, but after going 2-0 in front it looked a long way back for Paul Hartley’s side with the manager sitting in the stand, starting a four game touchline ban. A mistake in the Ayr defence gave Alloa a lifeline, Mitch Megginson pouncing to claw back the deficit. Ayr were reduced to ten men when Liam Buchanan dived in the box. Alloa pushed everything forward, but after Stephen Simmons and Darren Young had missed gilt edged chances to equalise it looked like ” The Wasps” would lose their first game at Recreation Park since 15th September, 2012. However Ben Gordon’s lopping header in the closing minute clinched a draw. There was one final escape, when Ayr United substitute David Winters was clear through on goal but Scott Bain diverted his shot past the post for a corner. 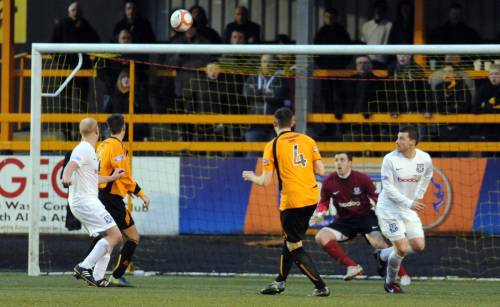 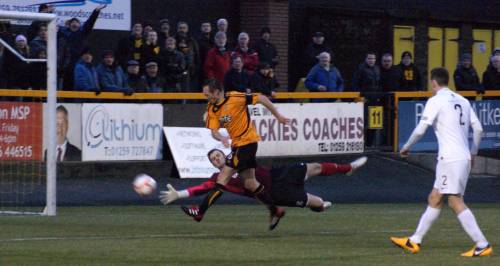 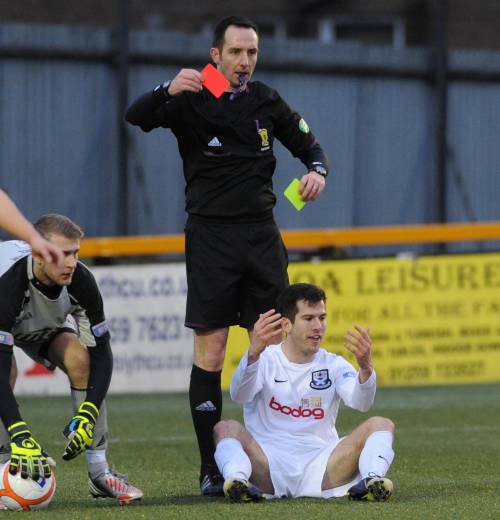 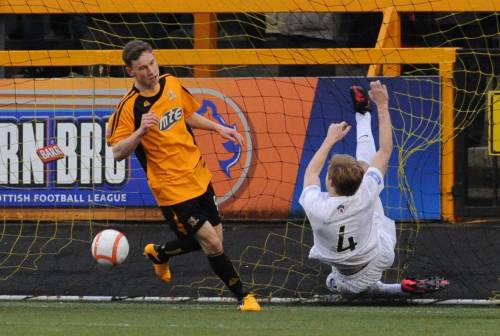 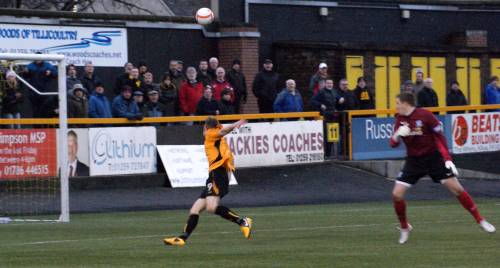 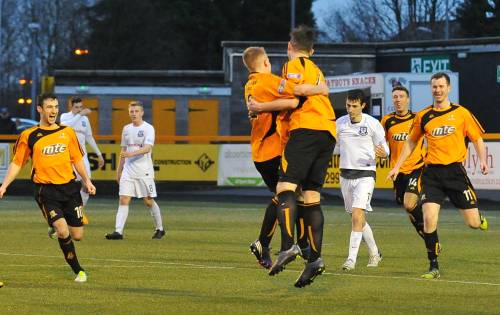 PAUL HARTLEY AFTER FIGHTBACK FOR DRAW

We were very poor today, we could not get going, our passing intensity just wasn’t there today but 2-0 down and to take a point considering the way we played today and it’s not like us – I am happy with the point but not with the performance. Ben Gordon has scored a few goals this season, but he needs to do better especially with their second goal when he should have got closer and made a challenge – Ayr United scored a fantastic header. It was really frustrating being in the stand and it’s not good for your health! But I was disappointed in the way that we played considering how well we did last week down at Palmerston but it could be a good point at the end of the season. Towards the end of the game we went for it and threw everybody forward even when they went down to ten men, we threw the two full backs forward and the centre back as well – so we had to go for it and not sit back!