“The Wasps” secured their SPFL Championship safety after a 1-1 draw against Ayr United at Somerset Park on the final league game of the season which also condemed Falkirk to relegation to League One and Queen of the South to the end of season Play-Off’s.

Jim Goodwin’s side finished eighth a position which on reflection nobody at the club doubted could be achieved but one the media had never believed to be possible for a part-time club written off prior to the start of the season.

“The Wasps” travelled to Somerset Park knowing that they had to take something from the game and started very brightly with Dario Zanatta on the left wing causing the home defence many problems. Ross Doohan had to make a great save at the back post before shortly afterwards only the crossbar prevented Alloa going in front.

Alloa took a deserved lead after 33 minutes when Connor Shields drove at the Ayr United defence and fired his shot low into the bottom corner of the net. However four minutes later Lawrence Shankland scored the equaliser with his 34th goal of the season.

The second half produced chances for both teams with Alloa still looking for the winning goal with Connor Shields and Dario Zanatta causing problems with their pace, Kevin Cawley was just out of reach as a Zanatta croos flashed across the face of the Ayr goal.

The final minutes in the second half seemed to last for ever as Ayr made it really difficult, with a Luke McCowan header in the closing minutes thankfully straight into Neil Parry’s arms. The final whistle brought great joy and relief getting over the line. This season was always going to be tough but the objective of staying in the Championship had been achieved, proving “The Wasps” worth and merit in the SPFL Championship. 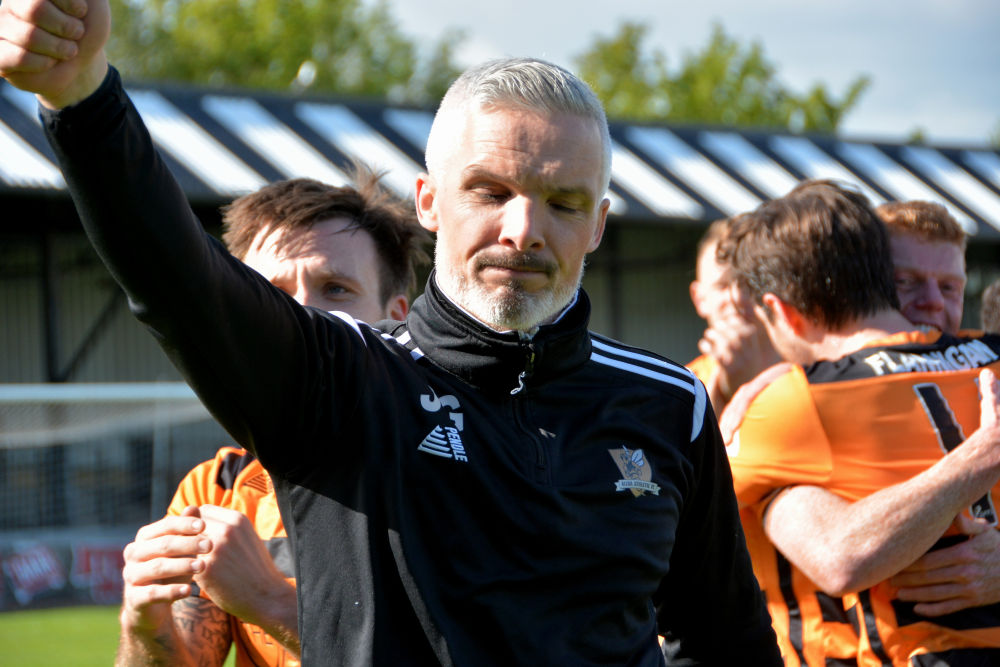 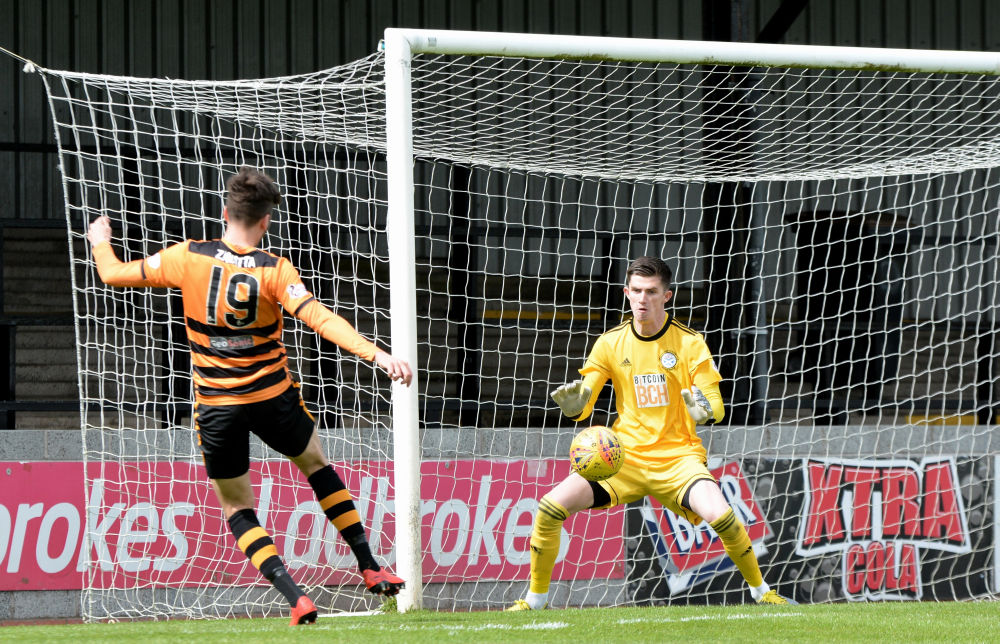 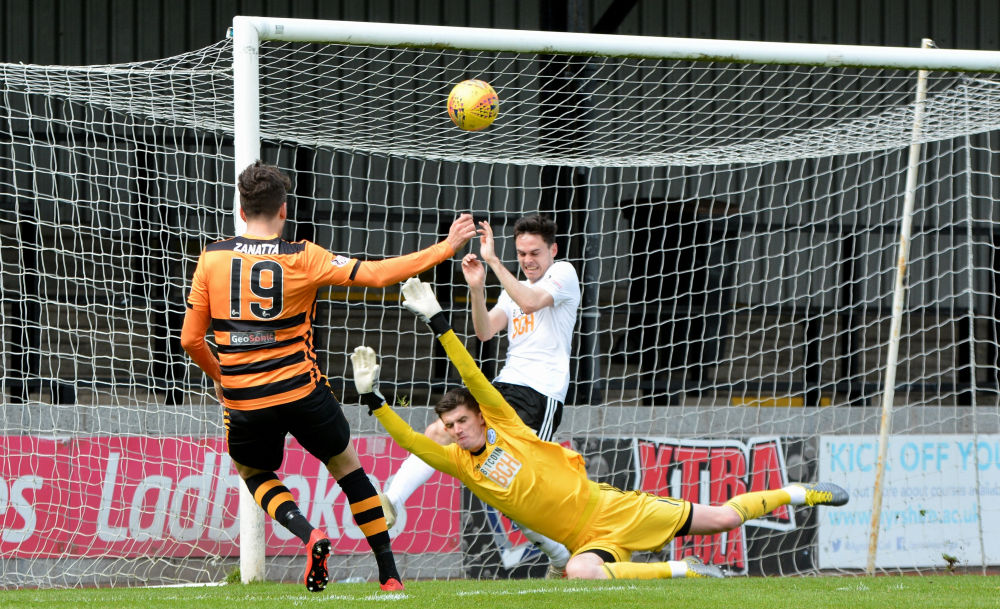 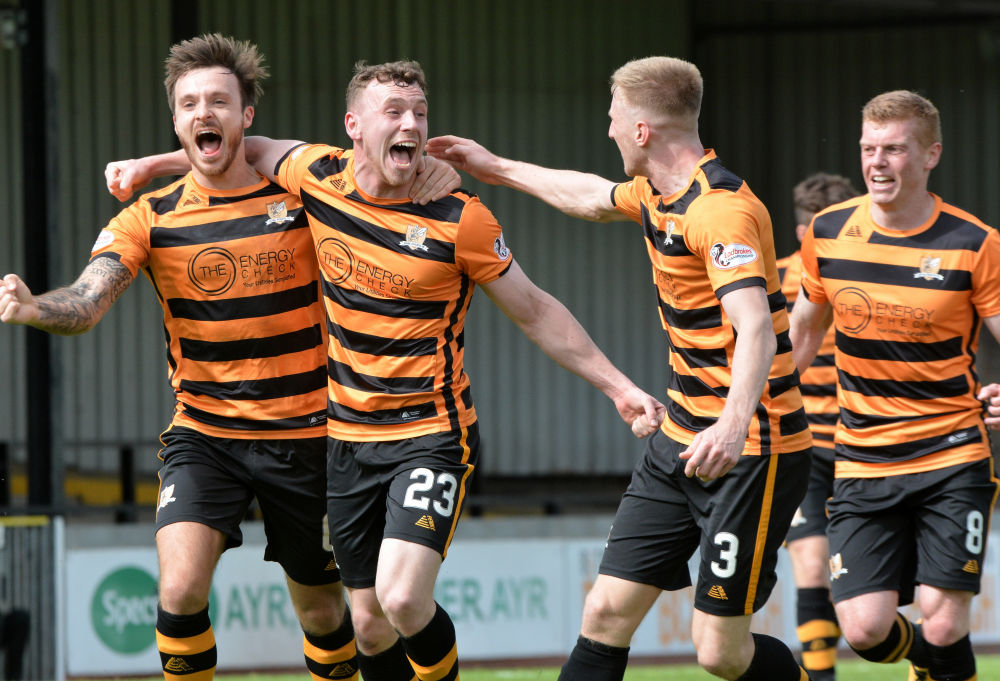 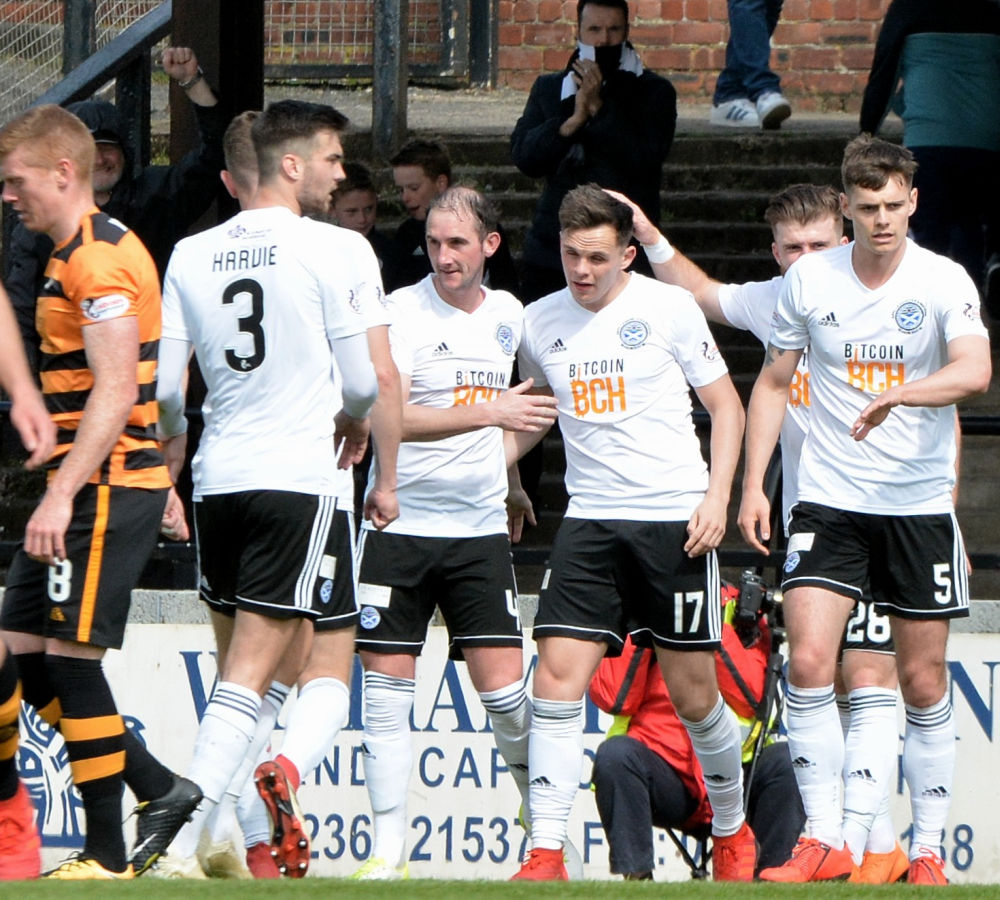 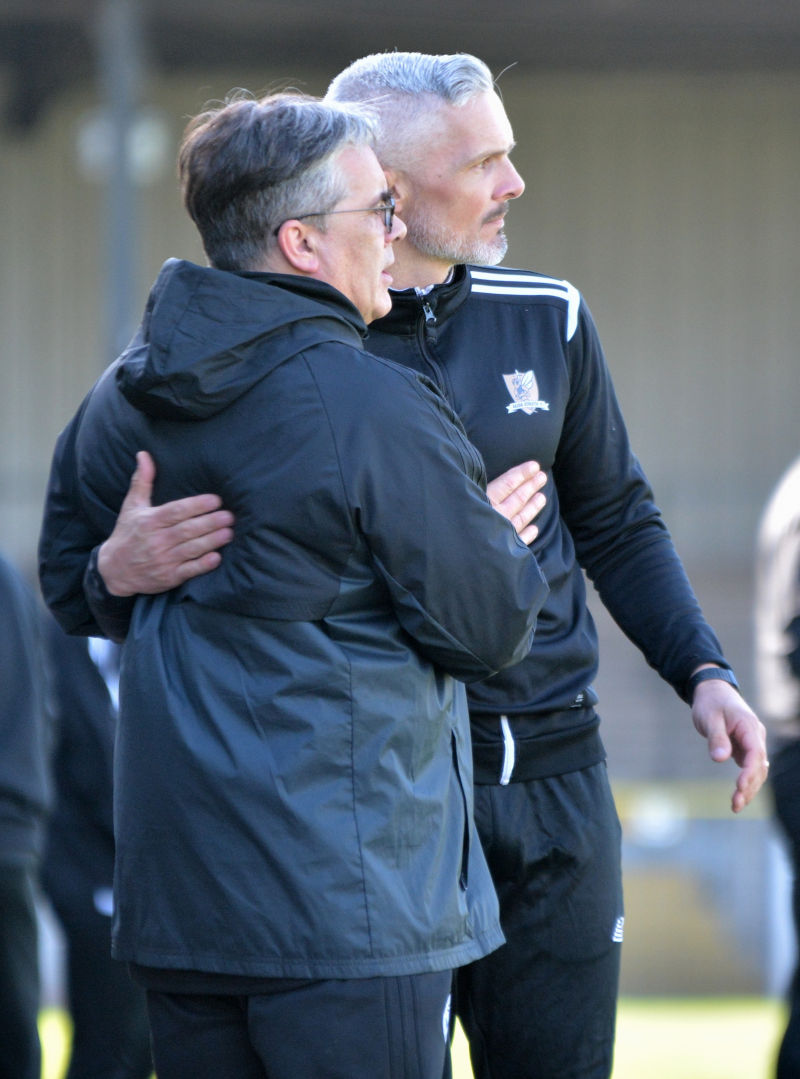 The managers at full-time

jim goodwin after securing 8th in the championship

It has been a fantastic day but it was all down to the hard work during the last ten months which has paid off, it was probably the longest half of football that I have ever experienced in my career, but the most satisfying when the final whistle went. It was very emotional; the boys are over the moon to be a Championship team again next season. I am delighted for everybody within the club from the board level right down to the players and supporters and for all these guys for sticking with us when you guys in the press had written us off before a ball was kicked, I think we were bottom in every prediction table and the players deserve all the credit ramming that back down people’s throats and proving that we are more than capable of being in this league. We have won ten of our league games having been written off, it is difficult for a part time team so the players deserve so much credit, it is not easy juggling jobs, trying to keep yourself fit so delighted for everybody and I can’t wait to go and celebrate properly with the boys.

I genuinely believed when I put this squad together in the summer and knew if I could get the right loan players in to add to the quality we already had, when I looked at all the others squads I genuinely believed we had as good a chance as anyone. You can talk about budgets and full-time and part-time, if you get the right group of people, it doesn’t matter in what industry, business or sport together as we had in our dressing room then you create an unbelievable team spirit and I think we have always had that. I always believed we would stay in the league and when I look back in the season and look at some of the results which didn’t go our way I think we could have finished even higher in the league but I don’t want to get greedy. Before a ball was kicked we would probably have taken ninth but as the season went on we just wanted to avoid all that nonsense – The Play-Off’s are horrendous we didn’t want to be involved  again after being there the last two seasons, the experience in the Play-Off’s is mentally draining and I am pleased for the players now, eight or nine of them have been with me the past three seasons and delighted they can now go and get a proper break and recharge the batteries having only three weeks off in each of the past two seasons, where as now they can get six or seven weeks rest.

I thought we started the game really well, we spoke earlier in the week about not being happy just to come here and be happy with a point we came here to get our noses in front and win the game, we had enough chances in the first half Dario had a good chance at the back post and he then had another chance when he strikes the crossbar and we had other chances, I thought we were the better team up until Ayr United got the equaliser and then things did get a little bit nervy and the message at half-time was just to calm down, relax and show composure on the ball and to be honest the boys managed the game brilliantly in the end and got the job done.