Looking back on yesterday’s home defeat to Ayr United, it would be fair to say “The Wasps” were not at their best after going five games unbeaten, the one thing which needs to be improved on in this division is converting chances in front of goal and yesterday Ayr United striker Lawrence Shankland proved to be the difference between the two sides.

There was not much between the sides in the early stages of the match, with the first goal proving to be so crucial in the games this season. Therefore it was no surprise that it was that man, Lawrence Shankland who opened the scoring after 23 minutes with his 14th goal of the season. Dario Zanatta came close to equalising prior to half -time but his effort was blocked at the near post by visiting keeper Ross Doohan.

“The Wasps” made a change at half-time with Connor Shields replacing Alan Trouten in an effort to push forward and get behind the Ayr United defence.
Indeed, Jim Goodwin’s men started the second half on top but cound down get that important equalising goal, Connor Shields watching a net bound shot turned round the post.

Ayr United always looked a threat and the killer second goal arrived after 65 minutes and it was that man Lawrence Shankland again with goal number 15 for the season. “The Wasps” have started their championship league campaign in good form, albeit needing to score more goals, on the day Ayr United desreved their victory but no we have the chance to bounce back in a eagerly awaited local derby against Falkirk next Saturday. 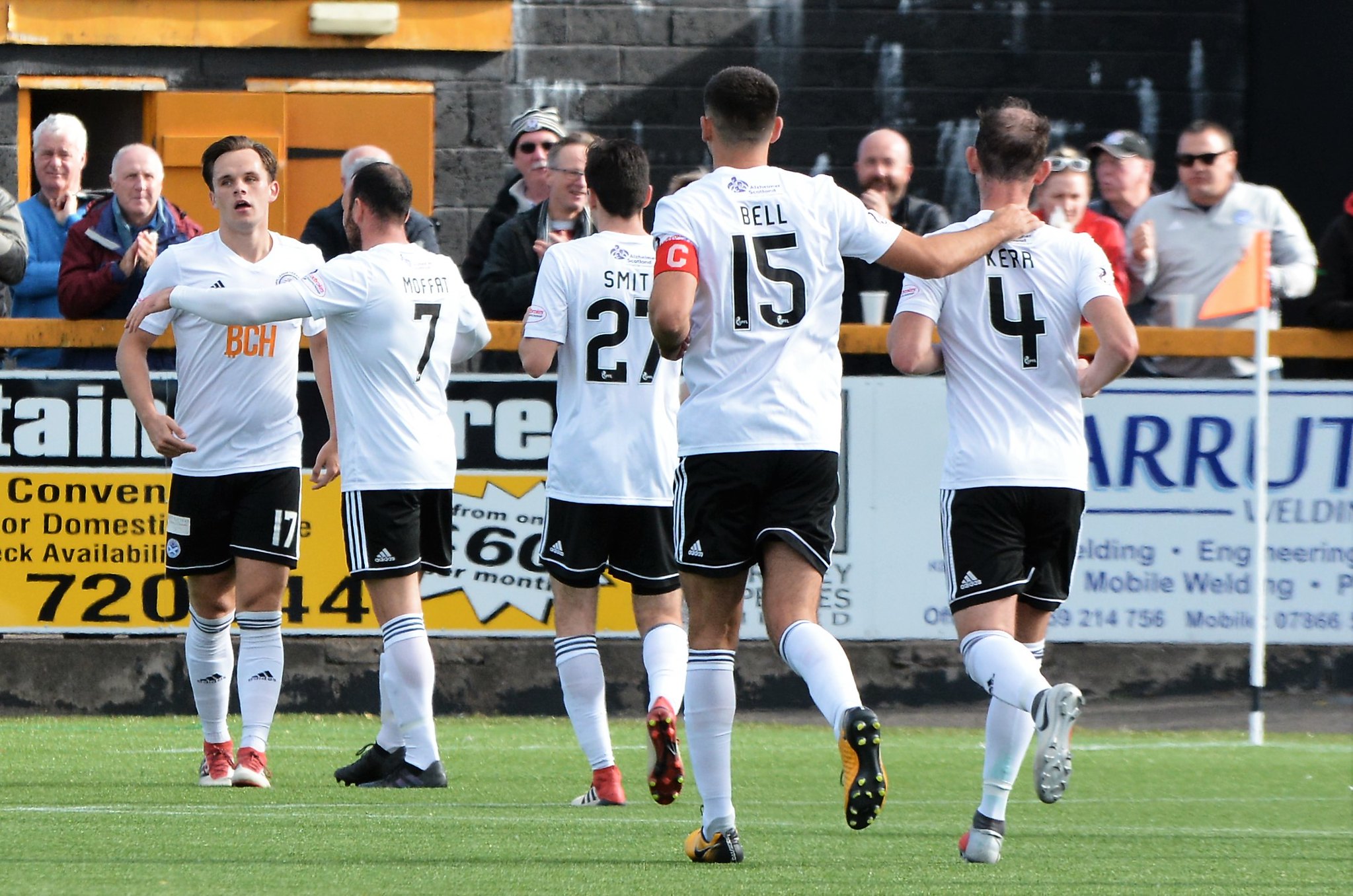 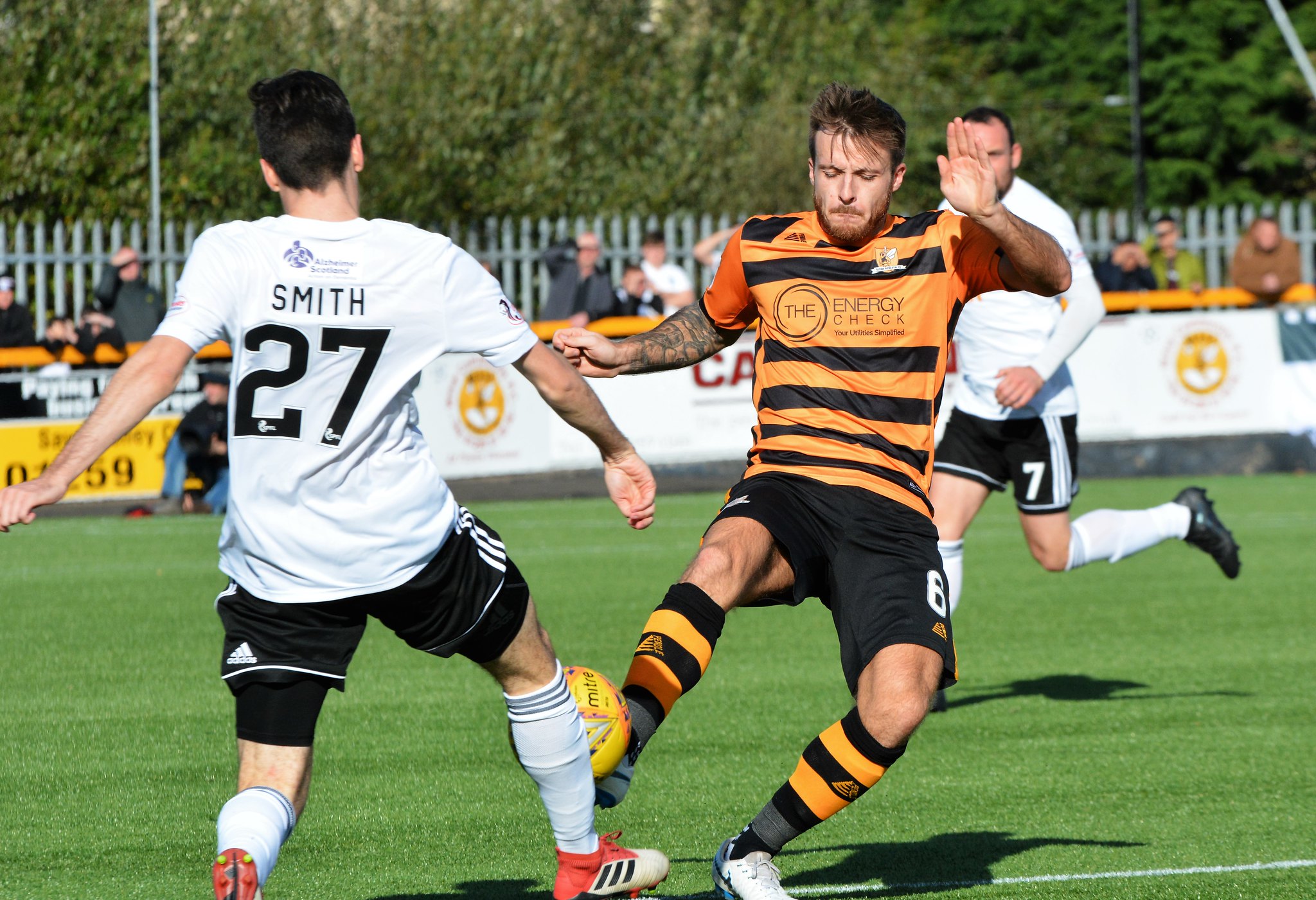 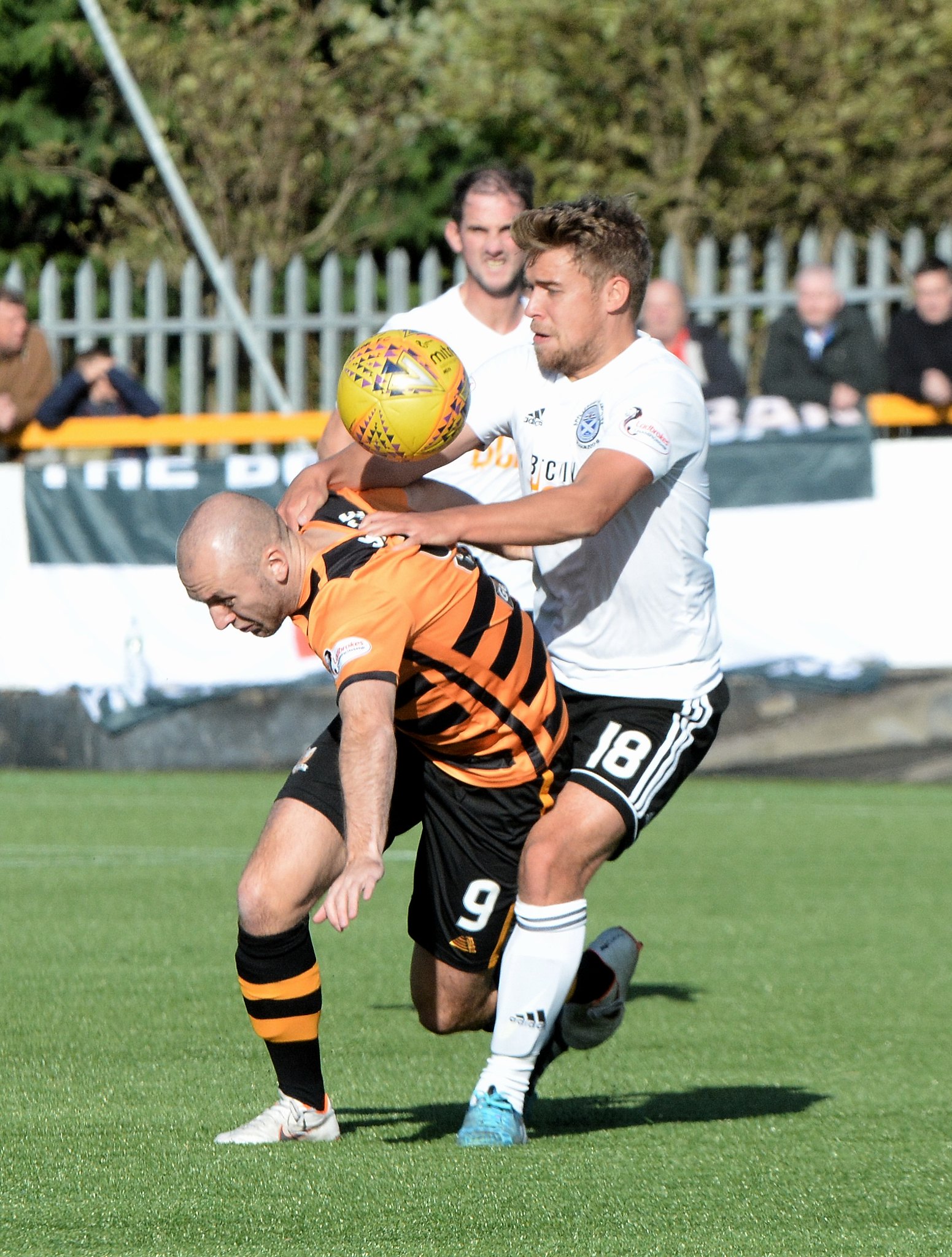 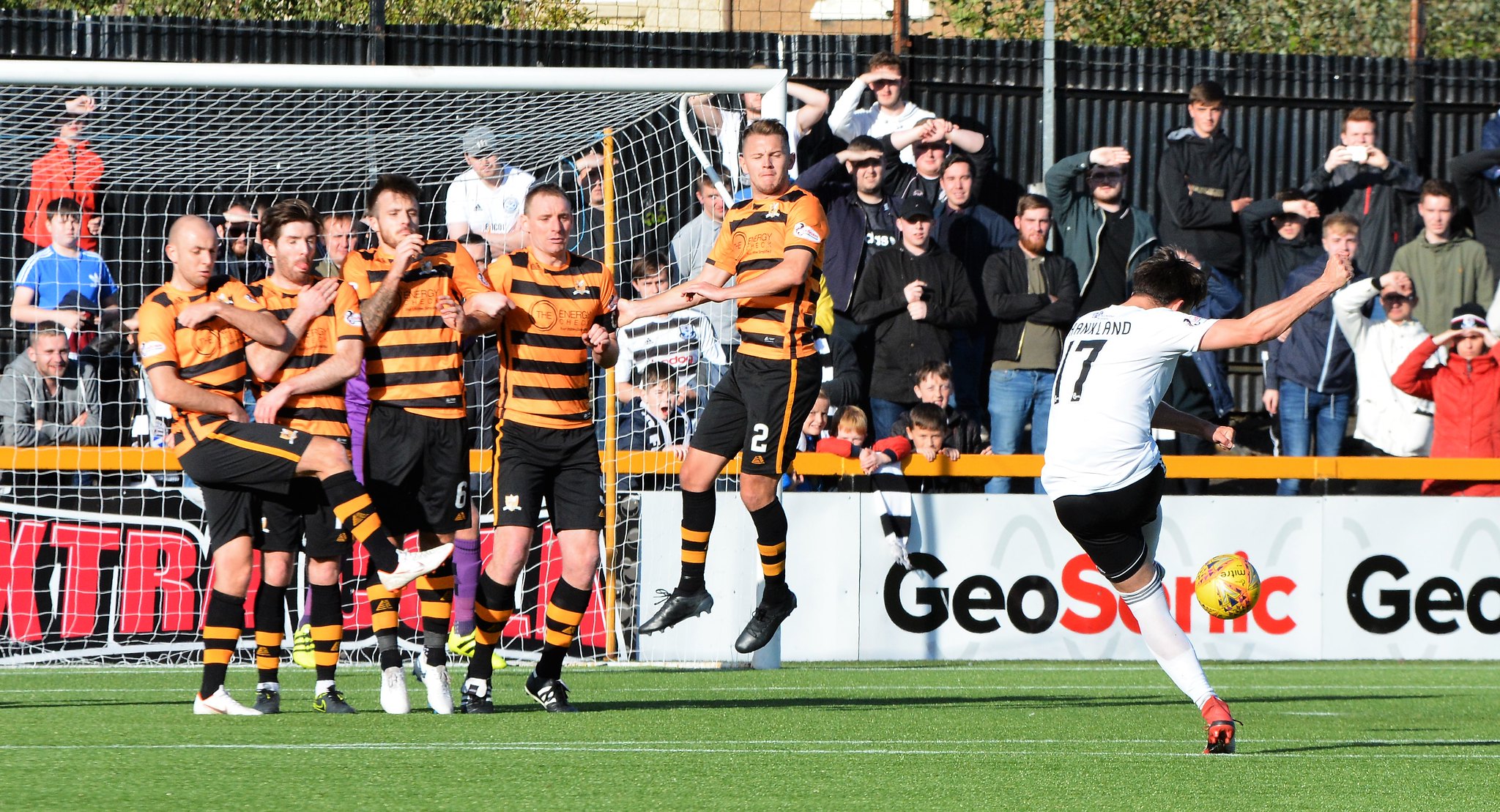 I didn’t think there was a great deal in the game in the first half, both teams playing end to end, both teams had half chances nothing great and then Lawrence Shankland does want he does and pops up with a goal, it was a decent ball into the box we could have defended better, there is no point marking space in situations like that, you need to mark the man who undoubtedly was the one likely to score a goal. He was the difference today, there was no doubt about it, he is to Ayr United what Stephen Dobbie is to Queen of the South, two players who shouldn’t really be playing at this level, if I’m being honest I think they are in a bit of a comfort zone by playing at this level, they are Premier League strikers, they certainly should be playing in the Premier League as far as I am concerned and you can see that in the fact they can score two or three goals each week, that was the difference, he turned half chances into goals and that’s what separated the teams today.

It is concerning we are not scoring enough goals, up until today we were unbeaten in five games, defending really well and again today barring the last fifteen minutes of the game I thought we defended really well, that said in the last fifteen minutes we were two goals down and trying to have a go at them to see if we could get some way back into the game. We have got really good players in the forward areas of the pitch, some exciting young talent and for whatever reason at the moment we have just not been taking these opportunities when they come along, we just need to be a bit more clinical. Connor Shields did well, Liam Burt came on and made a wee difference as well, Alan Trouten is a terrific player and we brought him to the club to be that playmaker but I felt today the way the game was going, particularly in the first half, Ayr United were dropping deep with two banks of four, denying Alan any space, that’s why we made that change at half-time and I know Trout’s will be disappointed but we made it for the right reasons and I asked Connor to go and try and stretch the game and get in behind and we still didn’t do it enough if I’m honest in the second half.

All that said, take nothing away from Ayr United they are a very good team, they go top of the league tonight after today’s results and I’m not being disrespectful of the rest of their players because I said the difference was Lawrence Shankland, they have good players in their team but at that top end of the pitch that’s where games are won and lost, and he was the difference today.