Alloa Athletic produced one of their best performances of the season at Somerset Park to defeat Ayr United 2-0 in a game “The Wasps” totally dominated and could have won by a bigger margin. This was “The Wasps” first win at Somerset Park since November, 2006 when a Graeme Brown penalty won the game 1-0, but there was only one team going to win yesterday, with “The Wasps” all but securring their play-off position which is a great feat in their first season in Division Two having been promoted as Third Division Champions at the start of last season. The Alloa team was ahead all over the park with no failures in a “Black & Gold” shirt but on this performance, Ayr United were very disappointing. 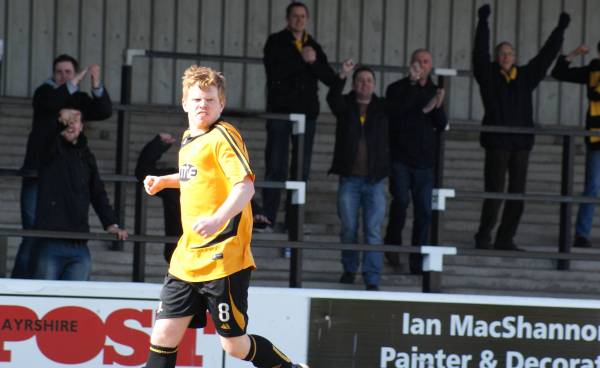 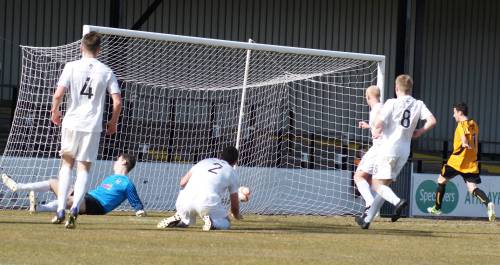 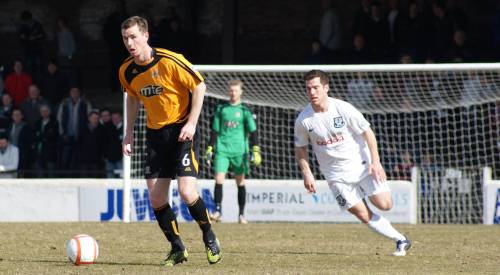 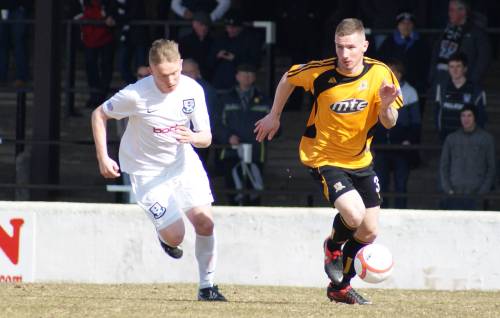 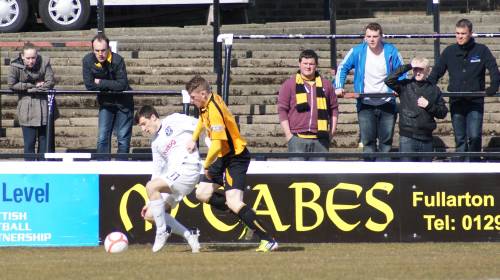 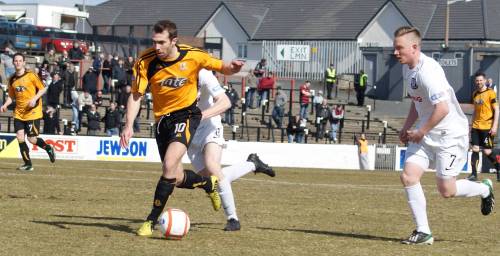 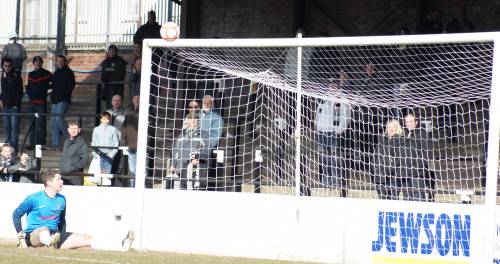 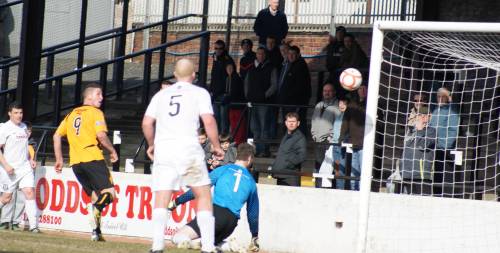 PAUL HARTLEY AFTER VICTORY AT AYR

We were terrific from start to finish today, we totally dominated the play, it is not an easy venue coming to Ayr but the players were absolutely terrific today.  It was a good team performance.  This is the first time that Alloa have won since November 2006 at Somerset Park– we have broken some records this season in places we haven’t won for a while – it is a tough venue but I would say that overall we were the far better team.  The players were outstanding and they could have scored a few more goals but it was a great overall team performance, 20 minutes into the game the home support were giving their team a bit of stick, which meant we were doing okay!  Our goalkeeper Scott Bain didn’t have much to do.  It now looks like we are more or less into the play offs which is another great achievement for the team.  I thought we defended well and the team had worked on our shape all week, on how Ayr United play.  Team wise I thought everybody deserved credit there is no one stands out, we played well as a team.  When you are winning 1-0 you think you have a chance – we have shown in the past we can defend a one goal lead and we showed it again today and we made it 2-0 late on with Homers strike, which allowed us just to see the game out. Calum Elliot ‘s overall play has been terrific and he has brought something new to the team he has brought other team mates into the game and he has unselfish work, him and Kevin Cawley are a real handful for any defence.  I think Calum is disappointed that he has not scored as many goals but I don’t mind that I think his overall play has been very good.  I think we just need to concentrate on our own game – the players have been terrific all season and being new into the league and I am pleased with the way we played today, we now have a twelve point gap from teams in 4th & 5th positions with a healthy good difference.  Obviously we have one or two players with one or two bookings but overall I think we are playing well again and if you get into the play offs it’s about how you play and I think we are just peaking at the right time.