The Wasps are now unbeaten in their last four SPFL Championship fixtures and although they came back from being 2-0 down on Saturday against Queen of the South they were disappointed they didn’t collect all three points.

Alloa lost the toss and played towards the Clackmannan Road in the first half, as always in all Championship matches the first goal is so important, and the best chance of the first period just on 30 minutes could have seen the home side go ahead, Kevin O’Hara’s header was blocked and then Kevin Cawley’s shot was blocked by defender Kevin Holt, it broke free and Kevin Holt blocked for the second time on the line. Three minutes later it was Queen’s who took the lead after no other than Stephen Dobbie broke into the box and fired low into the bottom corner of the net. If this wasn’t bad enough ex Wasp Jack Hamilton headed home a minute later to give the visitors an unlikely 2-0 lead.

Having played a lot of good football “The Wasps” paid the price for a lapse of concentration for a minute and not being more clinical in front of goal. Manager Peter Grant introduced Liam Buchanan at half-time who had played so well and scored at Inverness the previous week and it proved fruitful. Alan Trouten played his way into the opposition box and scored his eighth goal of the season.

Just as Queen’s had inflicted in the first half, “The Wasps” were then to equalise within a minute, Kevin O’Hara firing home to level the scoring.

Both managers could look back to what could have been in a four goal thriller, the character of the Alloa Athletic players could never be questioned and a draw was the minimum the deserved out of the fixture.

Rainbow over the Indodrill Stadium 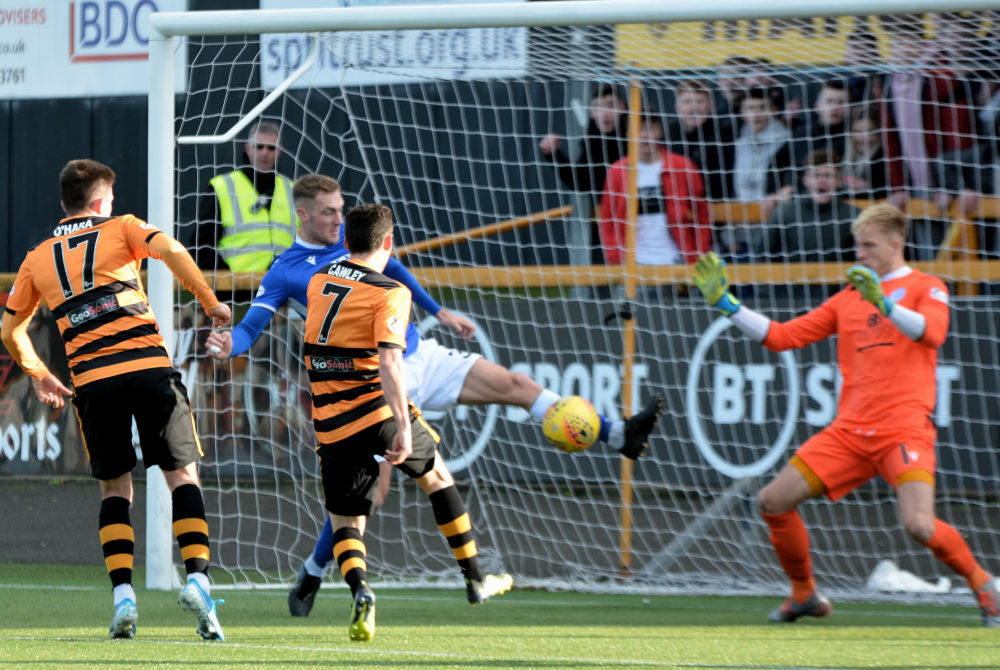 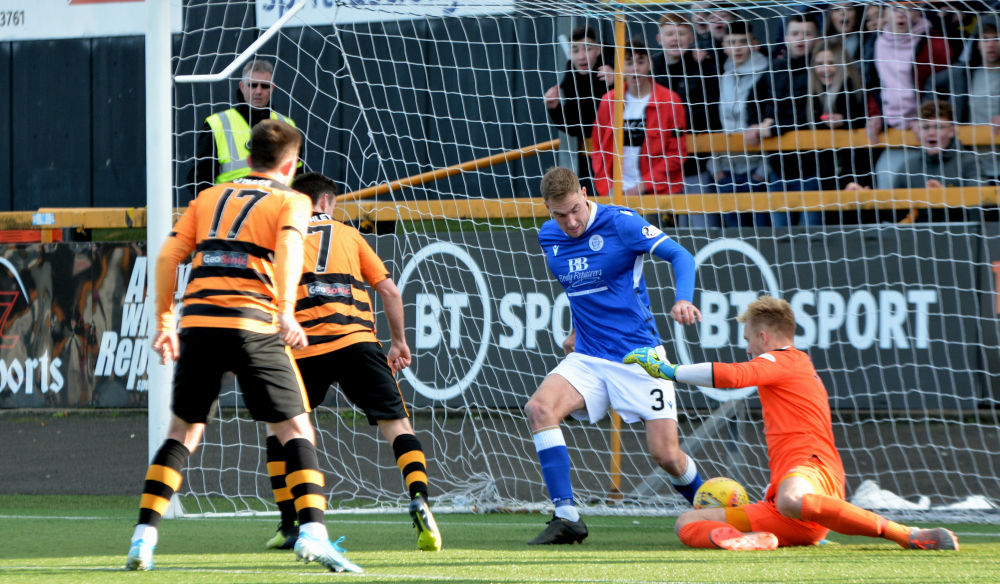 The ball somehow still manages to stay out 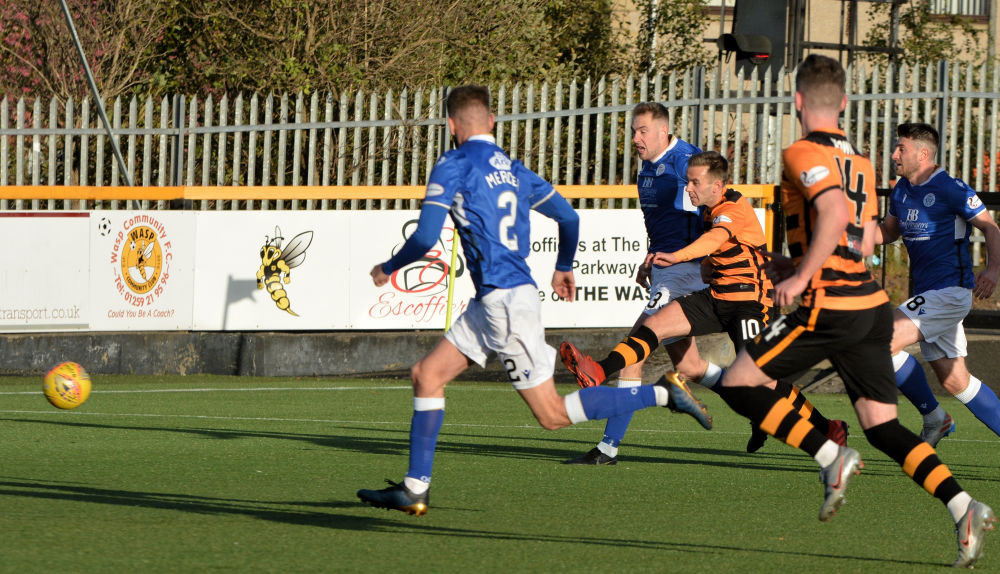 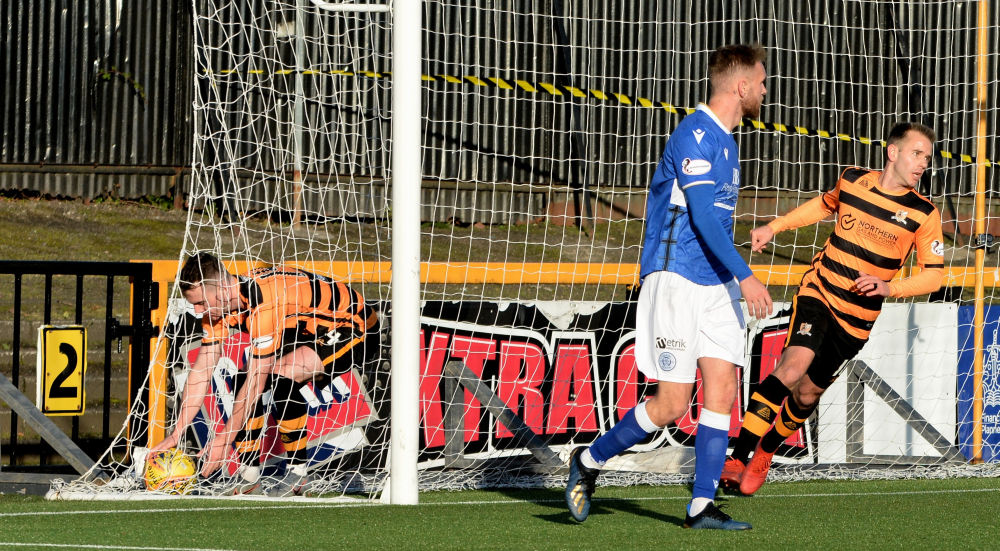 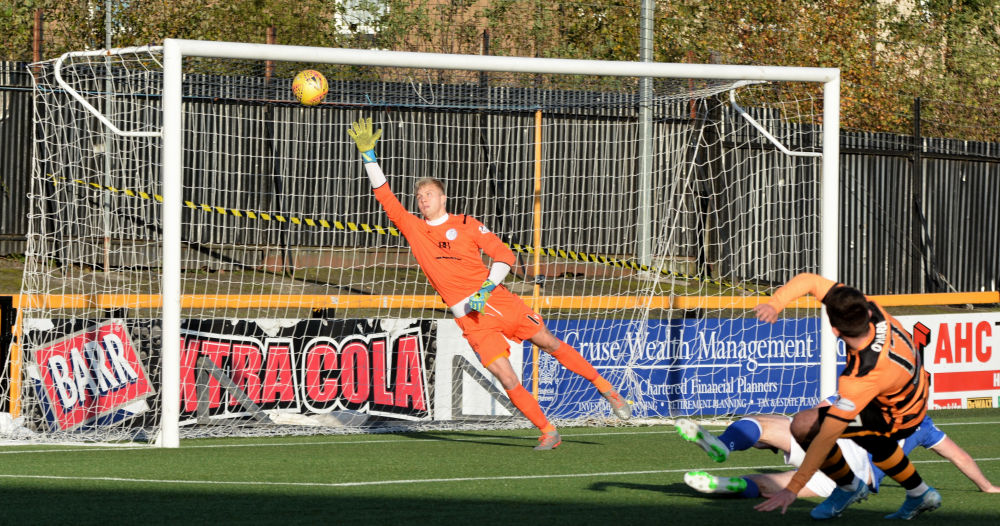 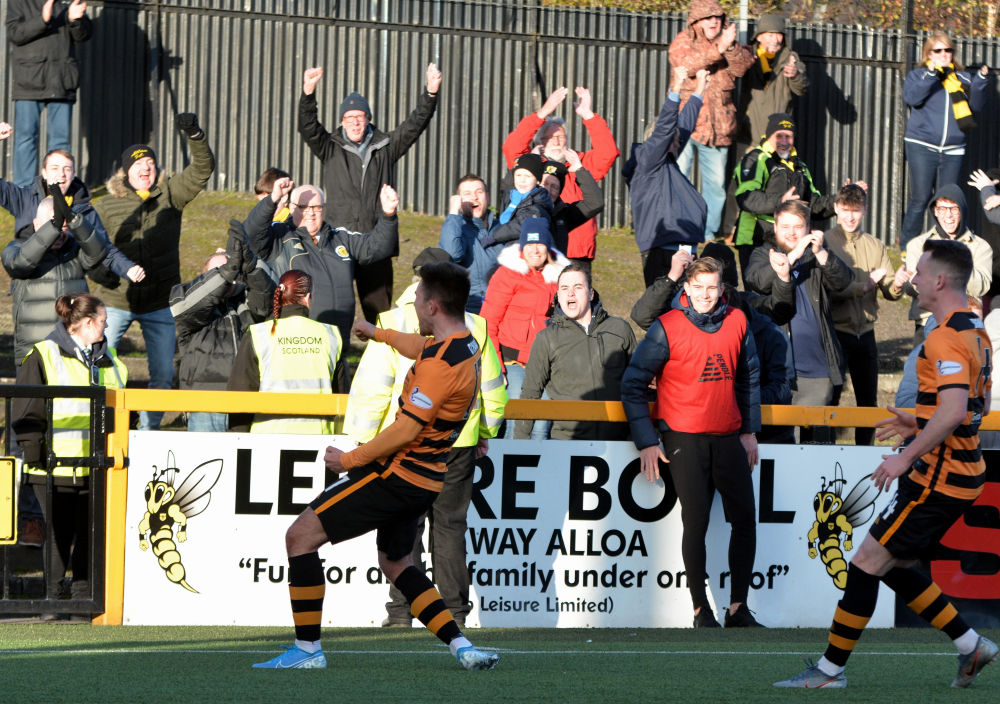 peter grant after 2-2 draw with qos

I think we had a great chance to go ahead just after the half hour when the score line was 0-0, we miss it and that changed the game a little bit but to then lose the goals the way we did, which were two terrible goals from my point of view, losing one was bad enough but to lose two goals in quick succession was incredible and that has happened too often at home this season, we have periods like that which is something we have to irradiate from our game.

The one thing I know about this group of players they have an unbelievable character and commitment to this football club and they proved that again in the second half. I get more annoyed with them because I know the standards they set, day in day out when they come here to train. I know the levels they perform at, even last week at Inverness going from 2-1 down late in the game to get a late equaliser and a vital point up there, I could never question their character but today at half-time I was so disappointed, probably frustrated and angry all in the one, because we were giving ourselves too much to do. The demands that they demand of their selves is incredible, to come here and train after long shifts at work and to show that commitment again in the second half, I’m very proud of the spirit they have but frustrated because I think it is two points dropped rather than one gained.

We had great possession and were on top before Queen’s took the lead, but we had a great chance in front of goal just prior to their opening goal. There were probably too many players round about the ball and it was a big chance. We had a lot of the ball but didn’t work their goalkeeper enough. I made a slight change at half-time, Kevin Cawley who has been outstanding for us, but it just wasn’t working for him in the first half and I had to change something, and I thought that worked well, not the fact that Kevin came off I just thought bring Alan Trouten who has a game to understand and pick up and find space and he gets his goal. Liam Buchanan has been excellent and it has been very harsh to leave him out because he is an outstanding striker and he has been outstanding around the boys as well, and Kevin O’Hara had a fantastic finish to draw us level, the game was strange the two goals came in quick succession for both teams but I’m probably going away home more frustrated than Allan Johnston, I’m thinking two points dropped, he is probably a point gained.