Jim Goodwin’s team once again proved they will be no pushovers to any side in the SPFL Championship this season aand can feel rightly disappointed that they did not take all three points on Saturday at Palmerston Park against QOS.

The Alloa players show their support of “Show Racism the Red Card” at Palmerston Park on Saturday. Manager Jim Goodwin had impressed on his players that they needed to get off to a good start at Dumfries and they responded with a whirlwind opening, going 3-0 ahead inside the first 25 minutes.

At this stage in the game it looked more likely Alloa would go 4-0 ahead before Queen of the South and that man, Stephen Dobbie clawed themselves back into the game, he had three chances and scored three goals, now 24 goals this season and his 4th hat-trick.

The two goals in seven minutes clawed Queen’s back into the game but Alloa still were a threat, Alloa played well and it was the home fans who were the quietest. With twenty minutes to go Queen’s drew level through “that man” Stephen Dobbie.

The reaction of the home fans said it all, they were more than greatful to snatch a point and credit to both teams they still searched for a winner with “The Wasps” still looking to win the game. Alan Trouten was fouled on the edge of the box but referee David Munro ignored the incident when home hearts must of been in their hearts. Then in the closing minute Dario Zanatta was foluled by Callum Semple and Iain Flannigan’s free kick was superbly pushed onto the post by home keeper Alan Martin to deny “The Wasps” their first three league points of the season. 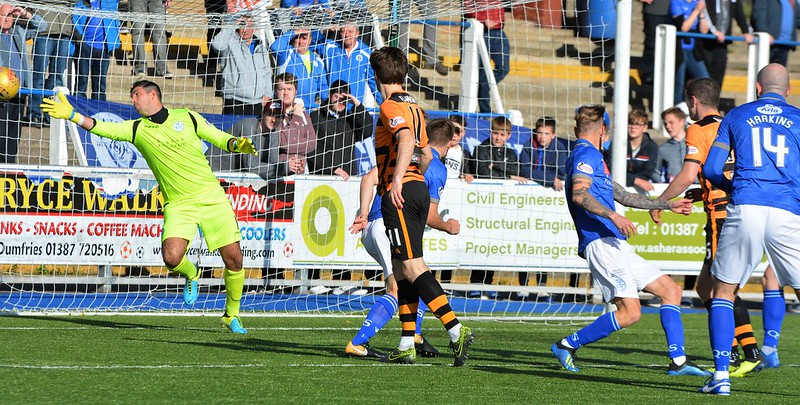 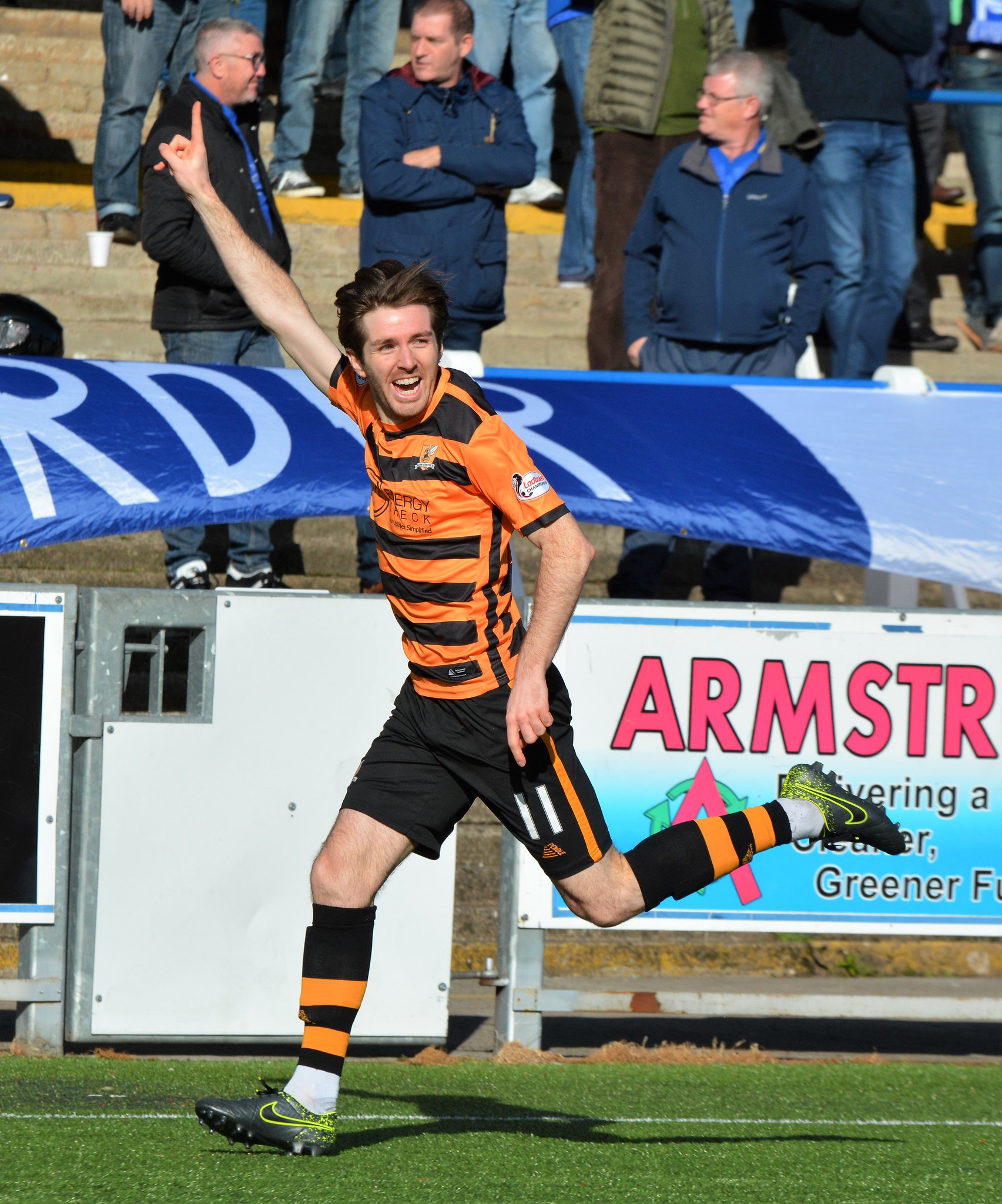 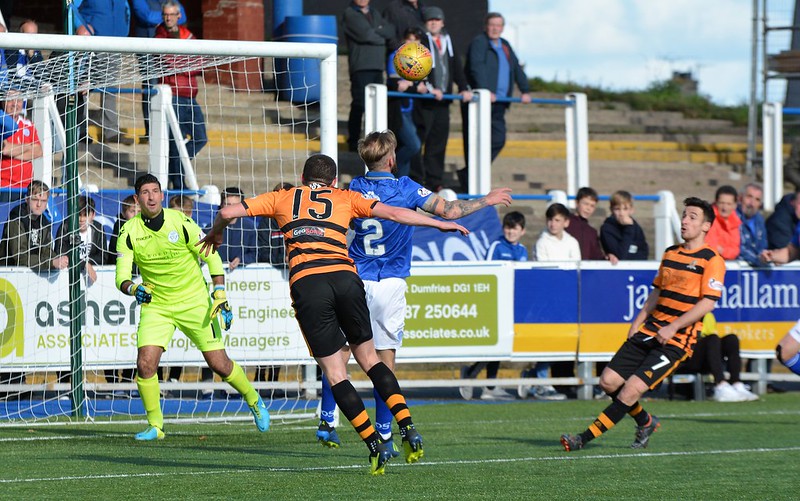 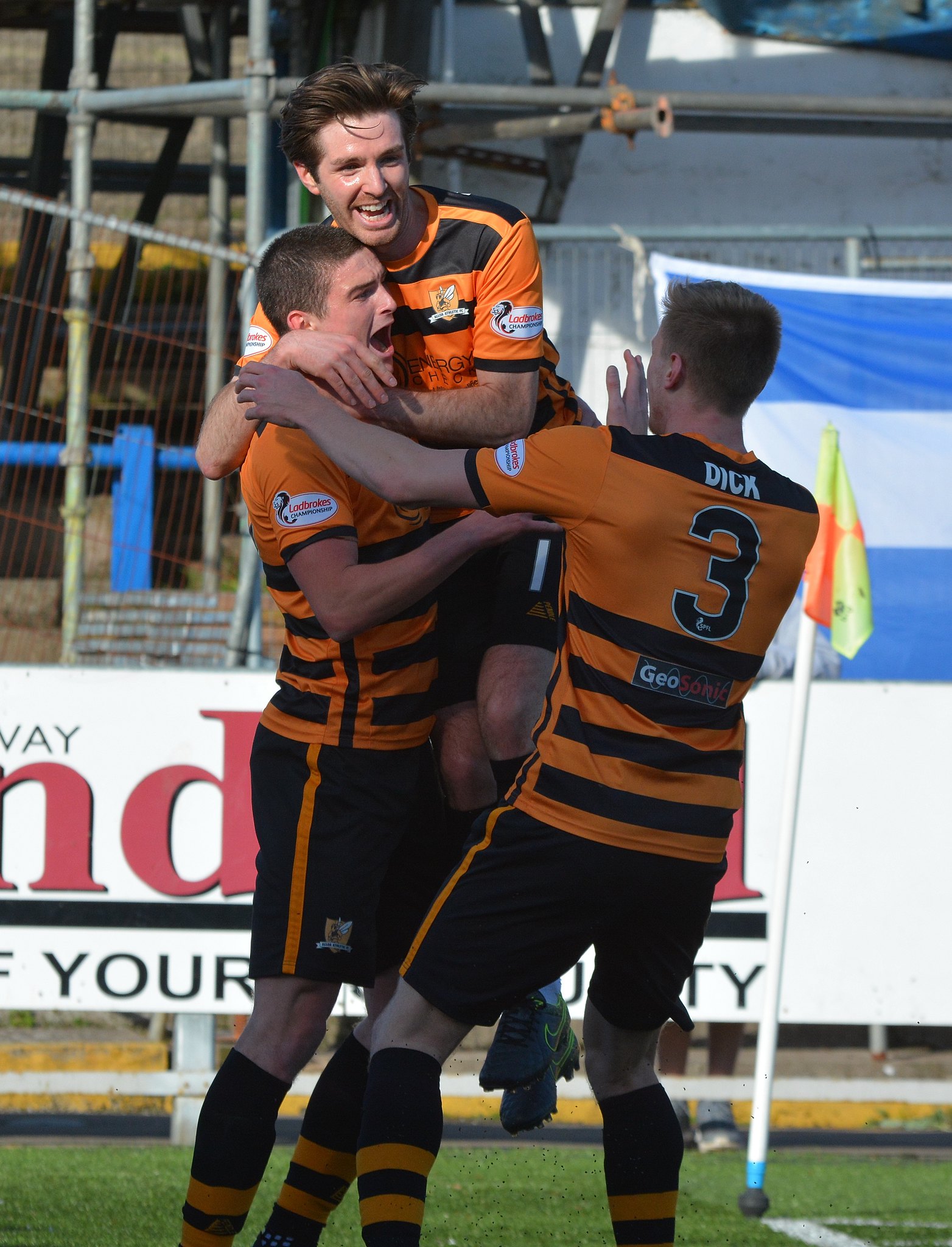 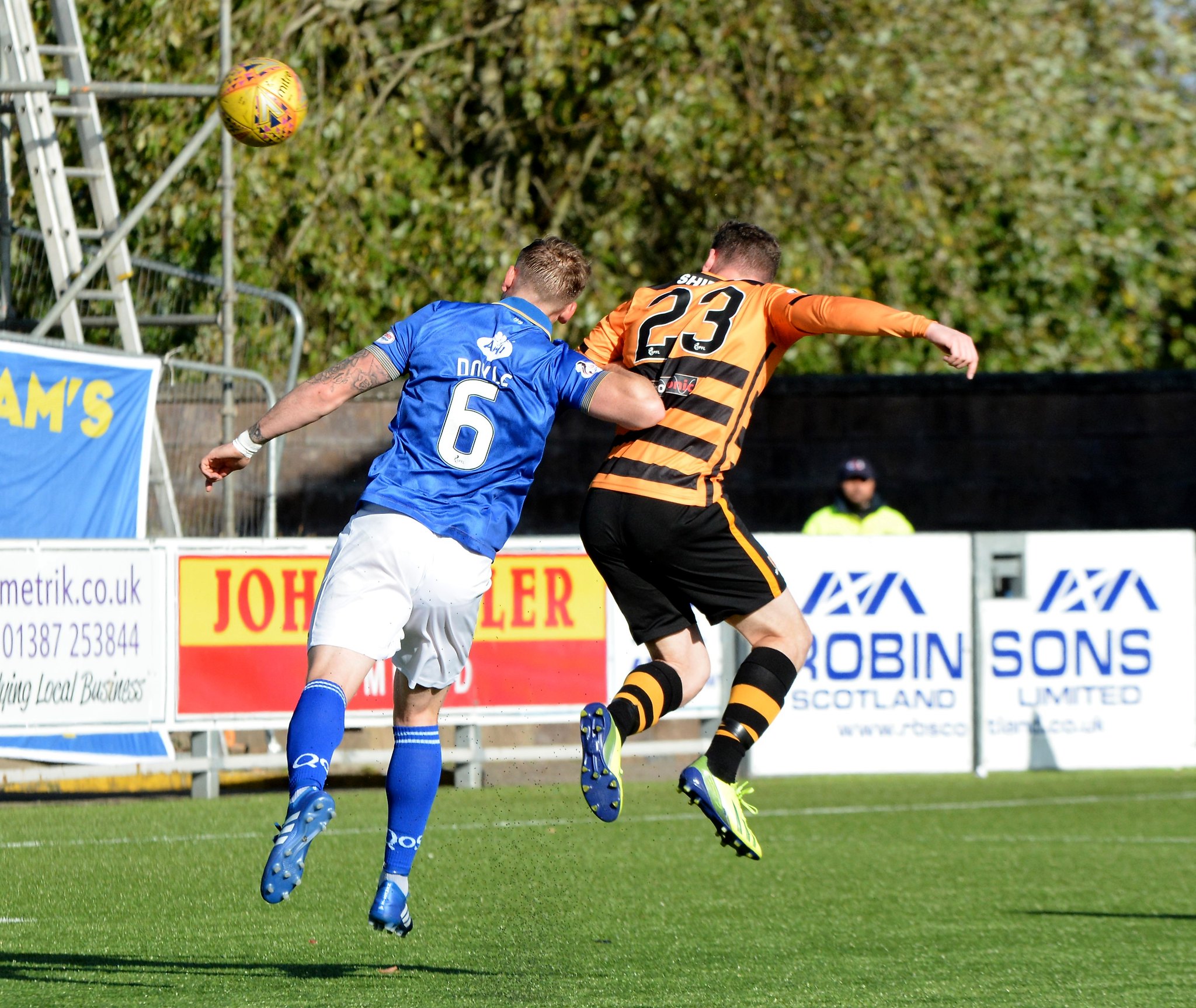 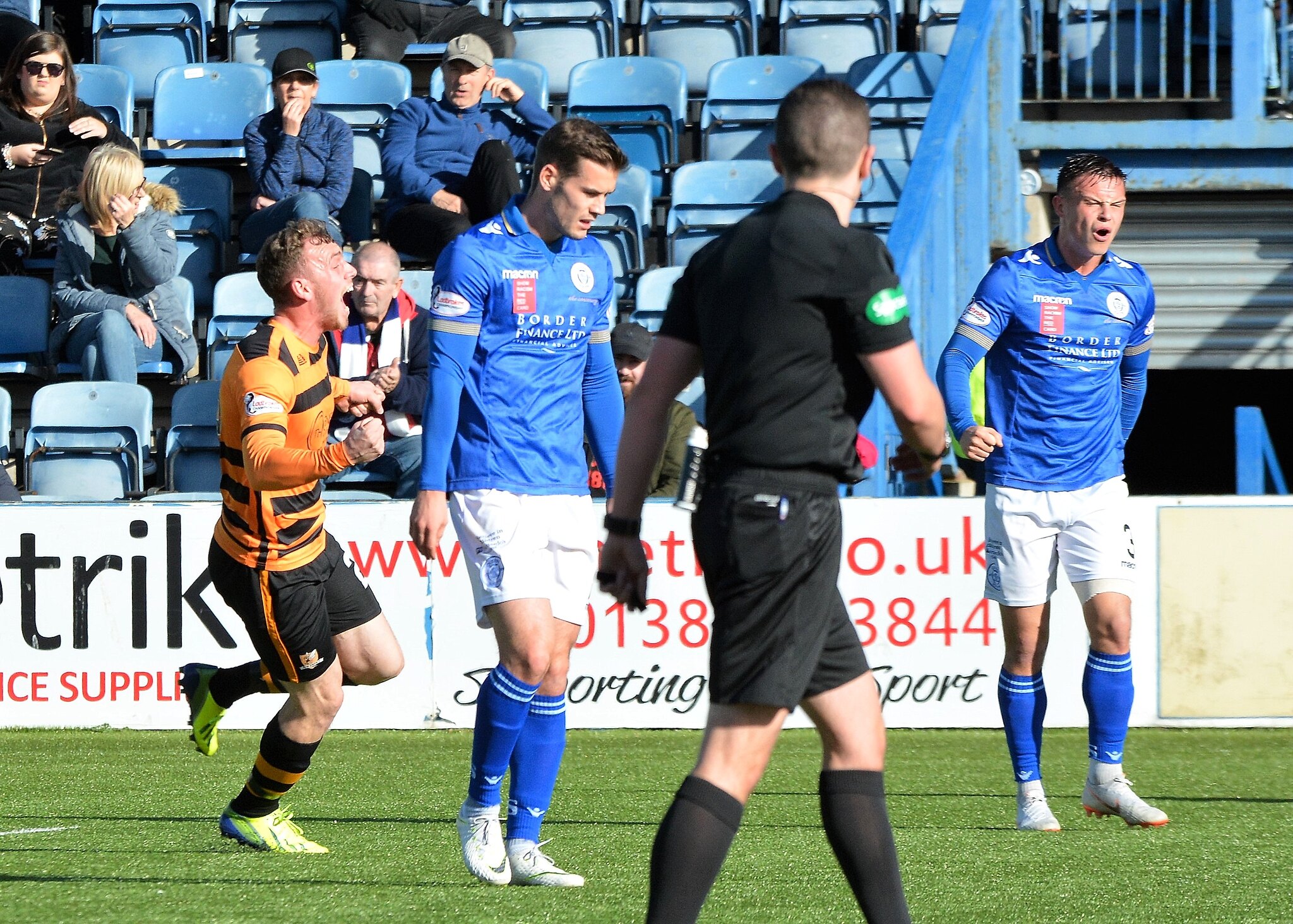 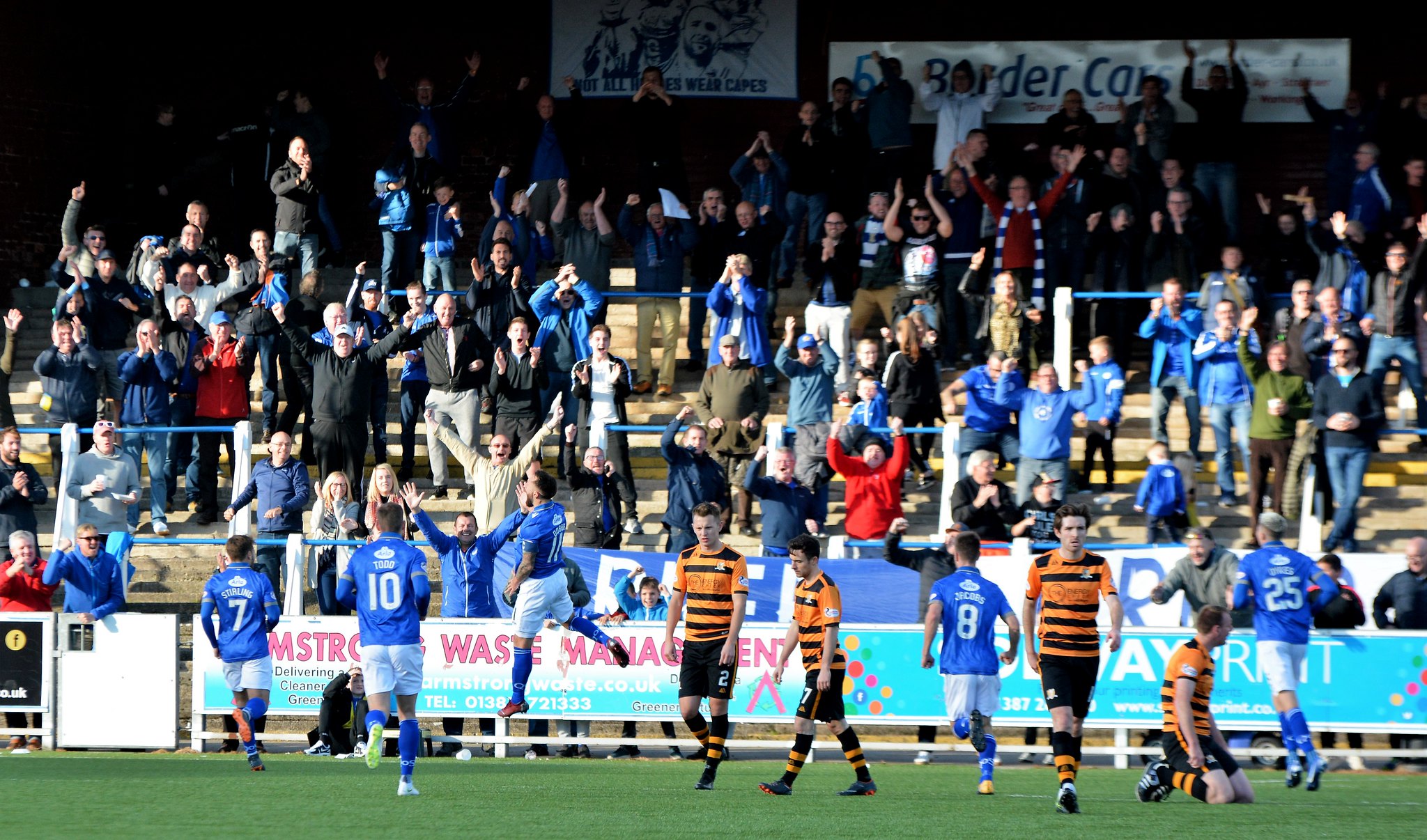 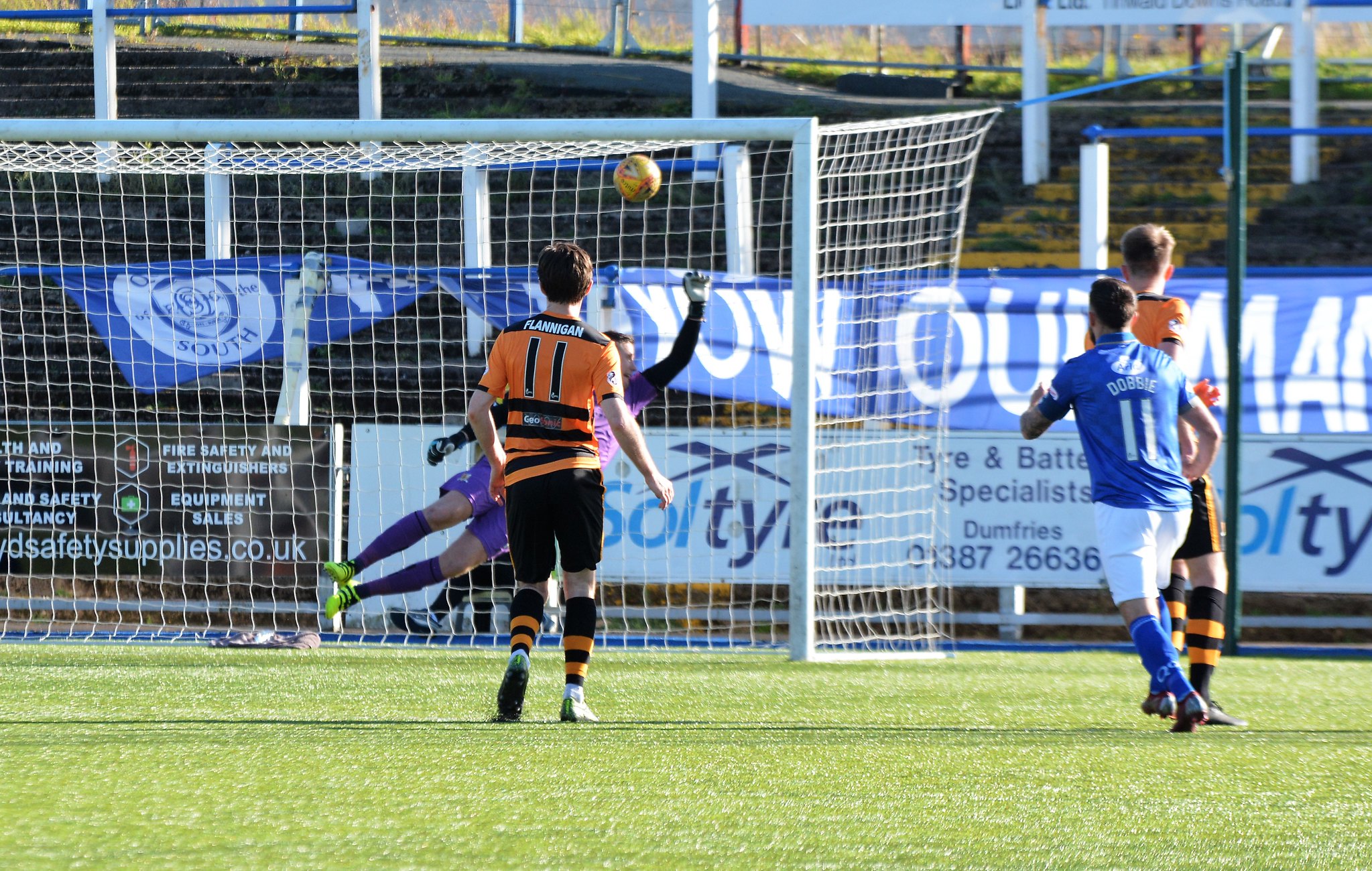 We couldn’t have started the game any better, we came right out of the traps and were getting in behind them, we were causing them problems in the wide areas and were putting some great balls into the box and it was great to get ourselves in front for a change because we have had to chase games up till now in every league game we have found ourselves going behind. So it was the first time in the league this season we have found ourselves going in front, to be a goal up was great, then to go three up was quite incredible, and I was looking forward to the half-time team talk.

Stephen Dobbie is absolutely incredible, what he is capable of and whatever he is getting paid here it is not enough, no disrespect to the rest of the players, I thought Dykes done well but Dobbie single handed dragged them back into the game – his first goal is a great goal, one which is very hard to defend against, you hold your hands up in cases like that, the other two for me, particularly the second one which was disappointing defensively from our point of view.

At half-time we spoke about going out and trying to win the second half at worse we draw the second half and we win the game but Dobbie’s third goal came out of nothing, a half chance, one that I was not too concerned when he hit it twenty yards out but Neil Parry was unsighted, there were three or four bodies in front of him and he couldn’t react quick enough to keep it out. So really disappointed, it feels like a defeat

Our season so far this season is that we have had too many games where we should have got more out of the games, particularly on the road we have been very good away from home, that’s our third draw on the road and one draw at home – we have been excellent away from home and you would see in the opening half hour today what the boys are capable of but we need to cut out the sloppy goals. We still had chances ourselves and kept going; I have to give the players credit for that, once they had got the third goal to equalise it would be very easy for to get really nervy and panic and then lose the game. Iain Flannigan hits the post from a free kick it was a great save in fairness, I would like to see the Alan Trouten one again, Gary Naysmith said to me after the game he thought it was a penalty, I did at the time but I understand it was a difficult one for the referee but I think if it was anywhere else on the park it was a foul and free kick, it was a big decision at a big moment in the game and it would have been nice for it to go our way.