Alloa Athletic came out top in this first versus second league game, ending Queen’s great unbeaten run in the league this season, the last British team to lose their unbeaten league record this season. This was a tight affair with both sides stricking the woodwork in the first half, Kevin Cawley saw his shot come back off the post into the keepers arms, before “The Wasps” struck the cross bar again, nearer half time Queen’s also struck the cross bar and top scorer Nicky Clark would have been disappointed he didn’t do better with the rebound. The important goal came just before the hour mark when defender, Ryan McGuffie fouled Martin Grehan in the box, Ryan McCord dispatched the important penalty which allowed “The Wasps” to reduce the deficit at the top of the league to six points. 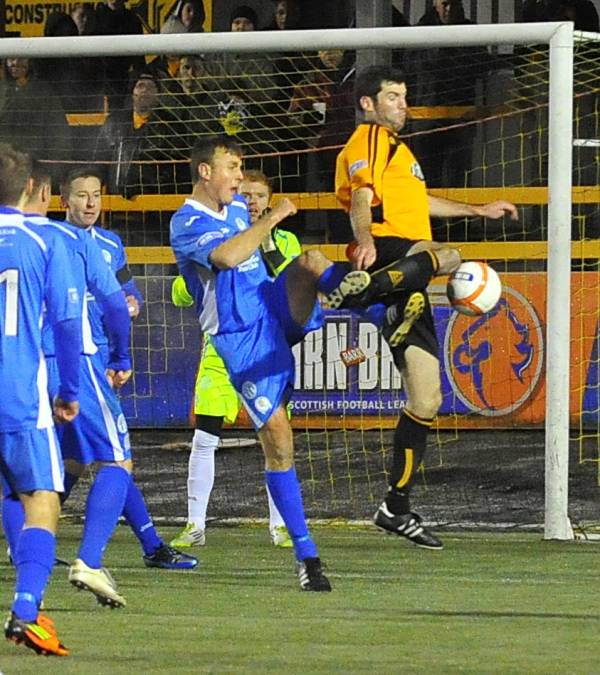 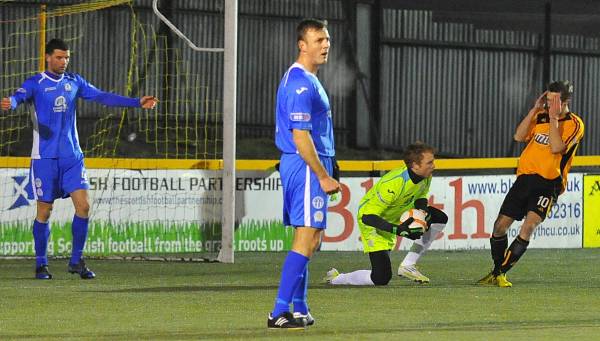 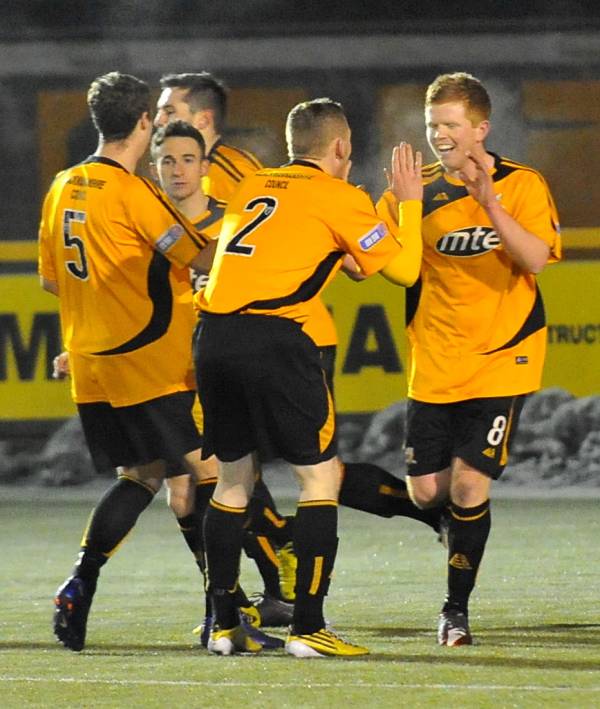 We had a great desire to win the game, we can play better in possession of the ball but our commitment was different class for not to get beat our back four, midfield four and two forwards all had to work their socks off, I said that tonight to stand any chance of winning the game we would have to work harder than them, and we did. We had the two best chances in the first half, they had a lot of possession but I thought we dealt with it properly. We are happy with the win, the players are excellent, great commitment, they keep going, they never give up – great result. Darren was struggling with his groin tonight, it was touch and go to play him tonight, he pulled up in training last week and I was in two minds wither to start him tonight but he is a good captain to have in our team, he has great work ethic and people look up to him and his good attitude for the game, but the players were excellent from start to finish this evening. Ryan McCord “Pongo” took the penalty well, he is good at it he has done it before, he has the quality and the ability, calm under pressure, pleased with the win. Queen’s are a good team, they have good players but it was nice for us to try to keep in touch and we have shown we are good enough to beat anybody on our day. Our two centre halves were different class, they has good experience, they were strong, aggressive and know how to defend – that’s what back fours are, not guys who go forward all the time but as a back four the need to defend first and foremost, it is great for them to get a clean sheet , that’s just as good as scoring a goal for them at the other end.