Alloa manager Paul Hartley was disappointed his side took nothing from a game in which they contributed so much and competed well. Queen of the South have already proved this season that they have set the benchmark for this season now leading the league and the still the only side unbeaten in the league this season. Kevin Cawley passed a fitness test and lead the line for “The Wasps”, the game was fairly even early on with best chances for the visitors falling to Ryan McCord and Martin Grehan who after getting into good position delayed his shot and the opportunity was lost. Scott Bain was in wonderful form pulling off three wonderful saves to keep the scores level at half-time. Queen’s opened the second half strongly but Alloa’s defence looked strong. Then for the second time this season Nicky Clark was to be the man who mattered, scoring while Alloa were having a good spell in the game after his initial shot had been blocked. Paul Hartley introduced all three Alloa substitutes in an effort to grab an equaliser but Queen’s held out for a narrow 1-0 victory, Kevin Cawley had an opportunity late in the game but it was not to be on this occasion. 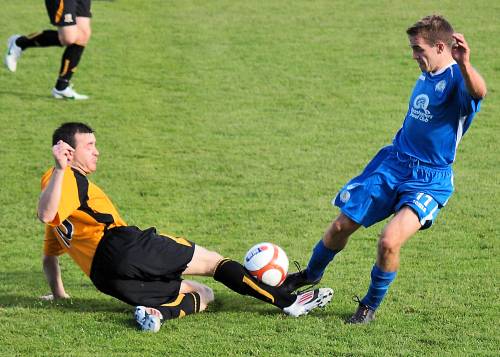 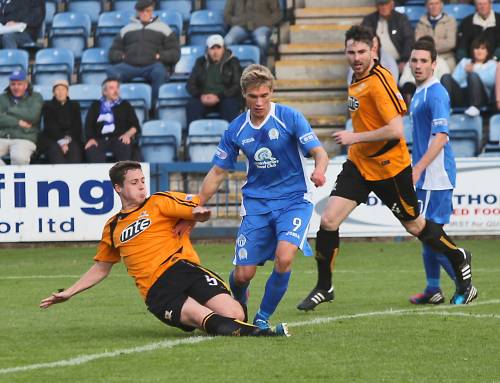 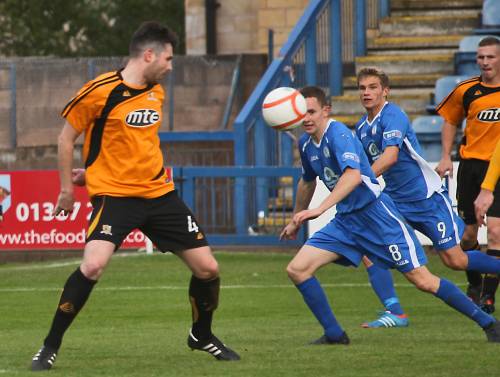 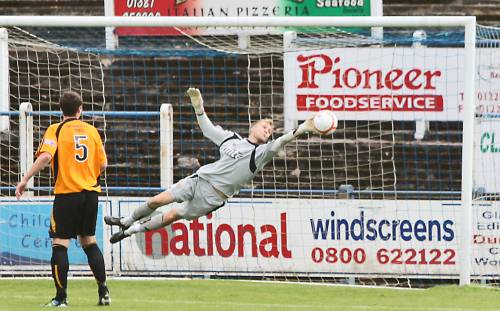 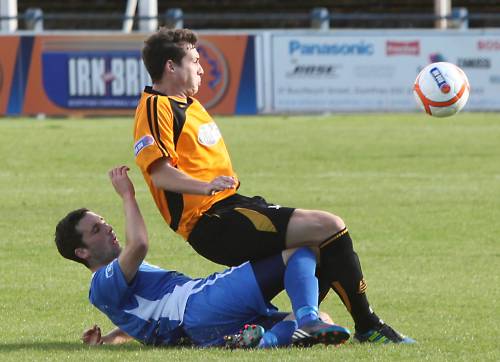 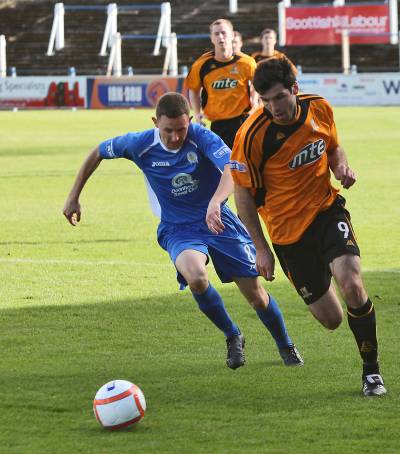 We can take plenty of positives from that performance, we defended very well and in the end lost to a scrappy goal. I thought we were going to get a point, there wasn’t much in it at all. We watched Queen’s in midweek against Dundee United and I thought they were excellent, but today we nullified their two forwards. We had to come here with a game plan and I think it worked well, even after they scored. Having watched them we knew they create a lot from wide areas and we had to restrict them and that worked well. Even their goal was scrappy and we should have cleared it.
They are a real threat through the middle given half a chance but we didn’t allow them to create the chances. I thought we had done enough for a draw but Queen’s are a very strong side and we know they will be there or thereabouts come the end of the season, but I’m proud of my players and their efforts. We move on to another hard game against Forfar Athletic next week, but every game is difficult in this league and we will need to be up for that game too.