‘The Wasps’ and their opponents tonight will have different ambitions after their League Cup openers. Alloa still looking to qualify, although the likelihood of finishing as group winners is admittedly slim. A place among the best runners up will likely necessitate a win against the ailing Edinburgh City. Livingston romped to a 5-1 win in their opener and the League 2 side could only share a point with Stenhousemuir before losing out on the penalty shootout bonus point. They can no longer qualify and are simply paying for pride and a slight increase in prize money.

The opening effort was from Edinburgh City’s newest citizen, Raffaele De Vita signing from Livingston just days before the fixture. He opted for a volley and was never troubling Parry’s goal.

Alloa created a pleasing passage of play with a one-two between full back Robertson and Cawley almost opening the way for Liam Buchanan to open the scoring. From 12 yards, the striker could only fire the effort over the bar. The breakthrough wouldn’t be long in coming though. Edin Lynch with the eye for the pass to pick out unmarked Lee Connelly. Touched and delivered at the back post to Kevin Cawley. He unselfishly laid it on a plate for Alloa’s marquee summer signing Stefan Scougall to slot home from the 6 yard line. 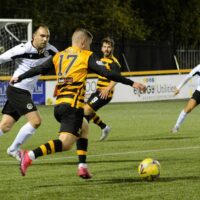 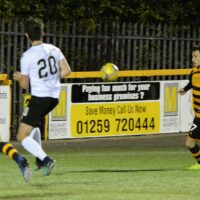 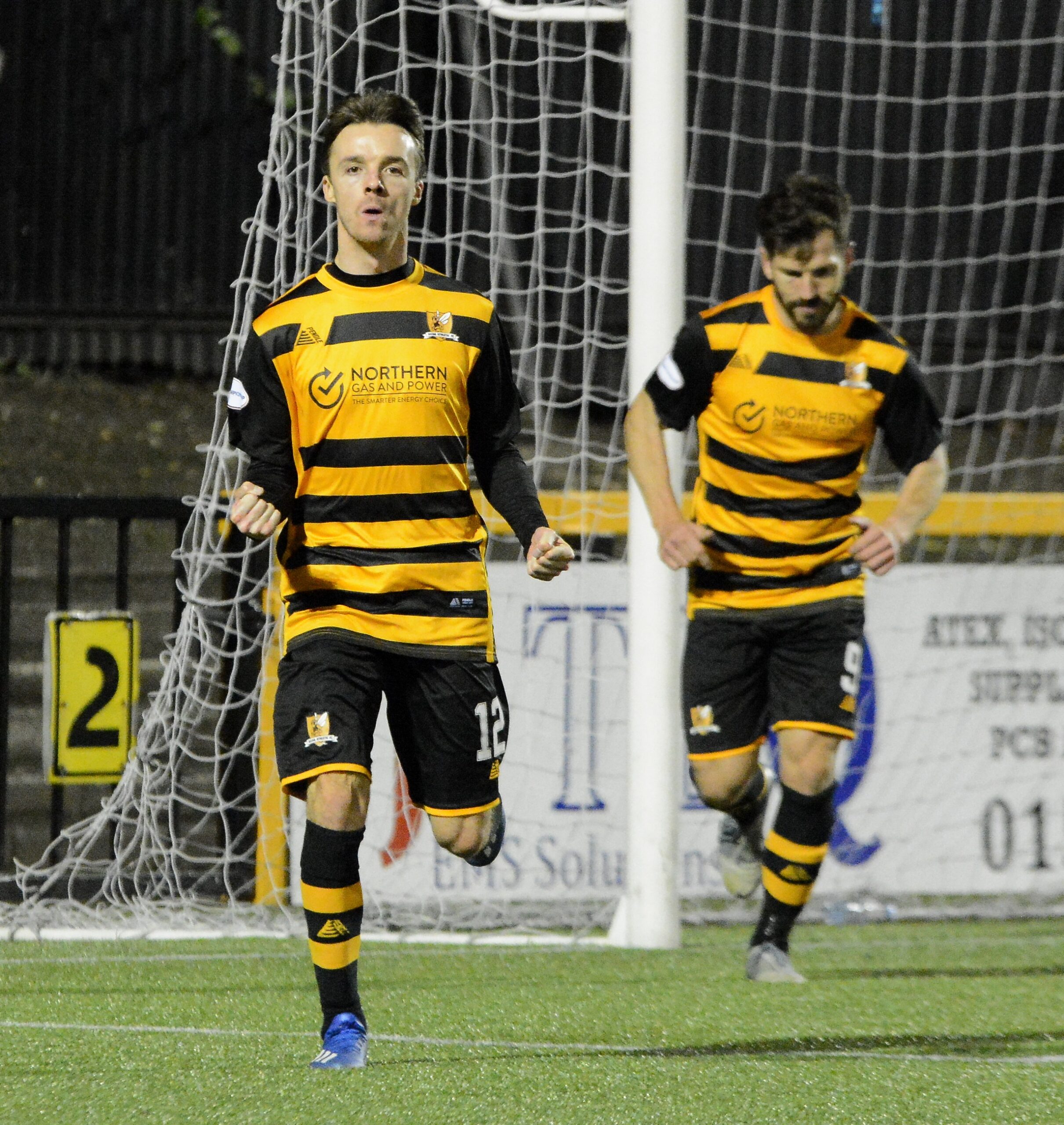 Connelly looked to be through on goal himself when Alloa countered rapidly from a City corner. The on-loan Sunderland forward opted to take it early and sent it comfortably over Antell’s goal.

Danny Jardine was almost on the scoresheet for Edinburgh City as an overhit cross looped towards the Alloa goal. Neil Parry though was quick to tip it over the bar.

On forty-one minutes Parry would drop to collect a headed pass back but the innocuous action led to an injury. The Alloa number one retreating gingerly from the park holding his calf, while, Andy Wilson took to the sticks.

Edinburgh were first to threaten in the second half as Jardine’s looping cross fell to De Vita at the back post. He could only direct it wide into the advertising boards. Josh Campbell aimed a snapshot from out the box, but thankfully, his effort was wayward.

Alloa undoubtedly then had their best period of the game. Liam Dick cutting out a short pass, zipped a through ball in front of Connelly who expertly chopped the ball through the legs of the City defender and advanced one-v-one with Callum Antell. He could only slot the effort wide. Thirty seconds later, Alloa threatened down the other side. Cawley releasing Robertson to deliver to the waiting Alan Trouten. His effort was flying goalwards if not for a deflection from thigh of an Edinburgh City defender.

Minutes later Alloa struck the woodwork. Cawley turned his full back marker inside out with one touch inside and split the defence with a pass to Trouten. He pirouetted in the box and placed a left footed effort beyond Antell only to be denied by the woodwork. Buchanan was on the rebound, in front of an empty goal, but inexplicably lifted the follow-up over the bar onto the roof of the terracing from 6 yards.

‘The Wasps’ again had numerical advantage in the box when flying full back Liam Dick attacked down the left. His low drilled ball could only find the keeper’s hands while ricocheting off the left back for an Edinburgh City goal kick.

Alan Trouten, would be the next man in black and amber to fail to increase the cushion as Buchanan’s cross from the right seemed pinpoint onto the Alloa midfielder at the back post. The ball seemed to trickle off the midfielders foot as he frustratingly sent his attempt wide. 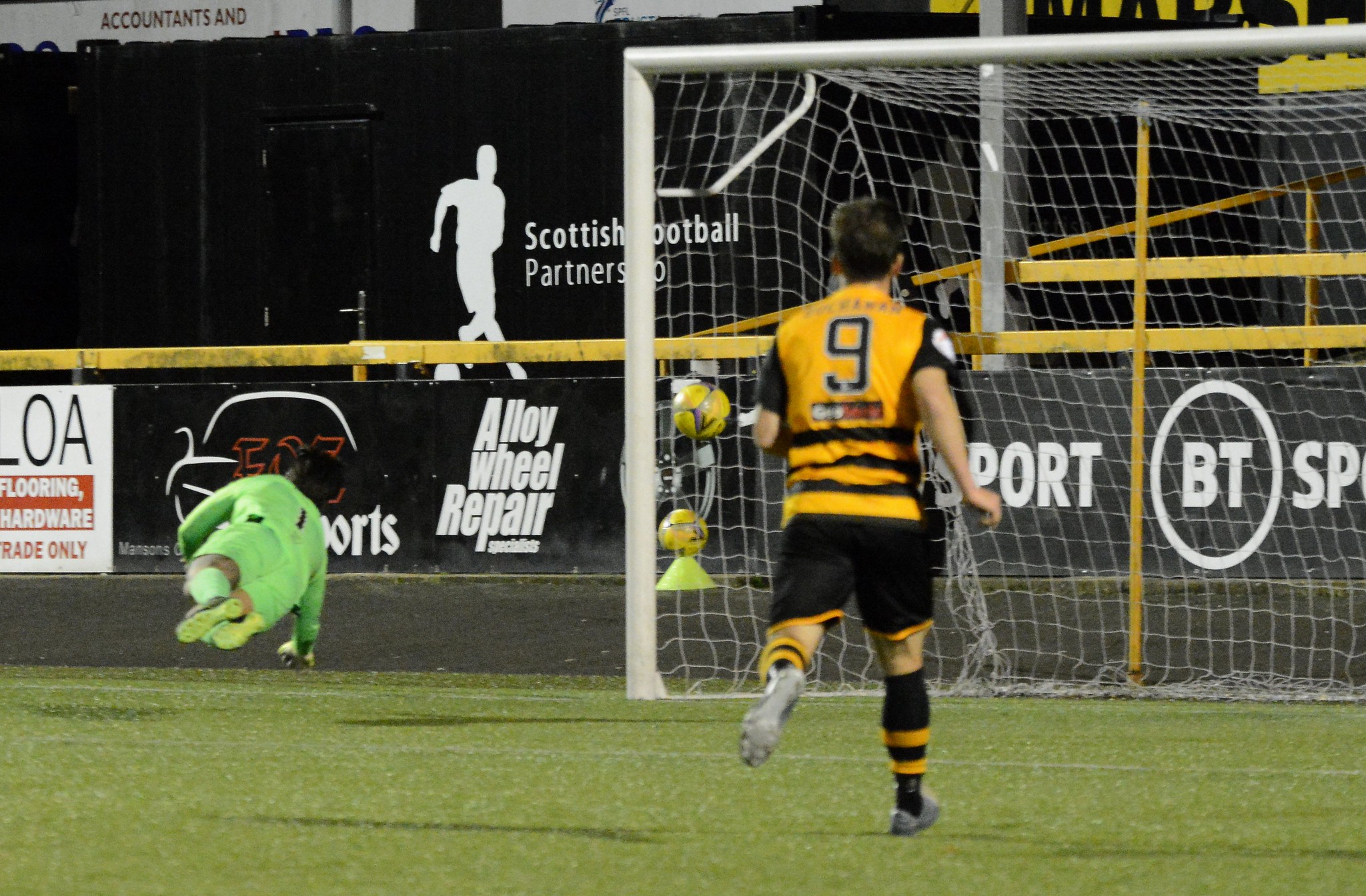 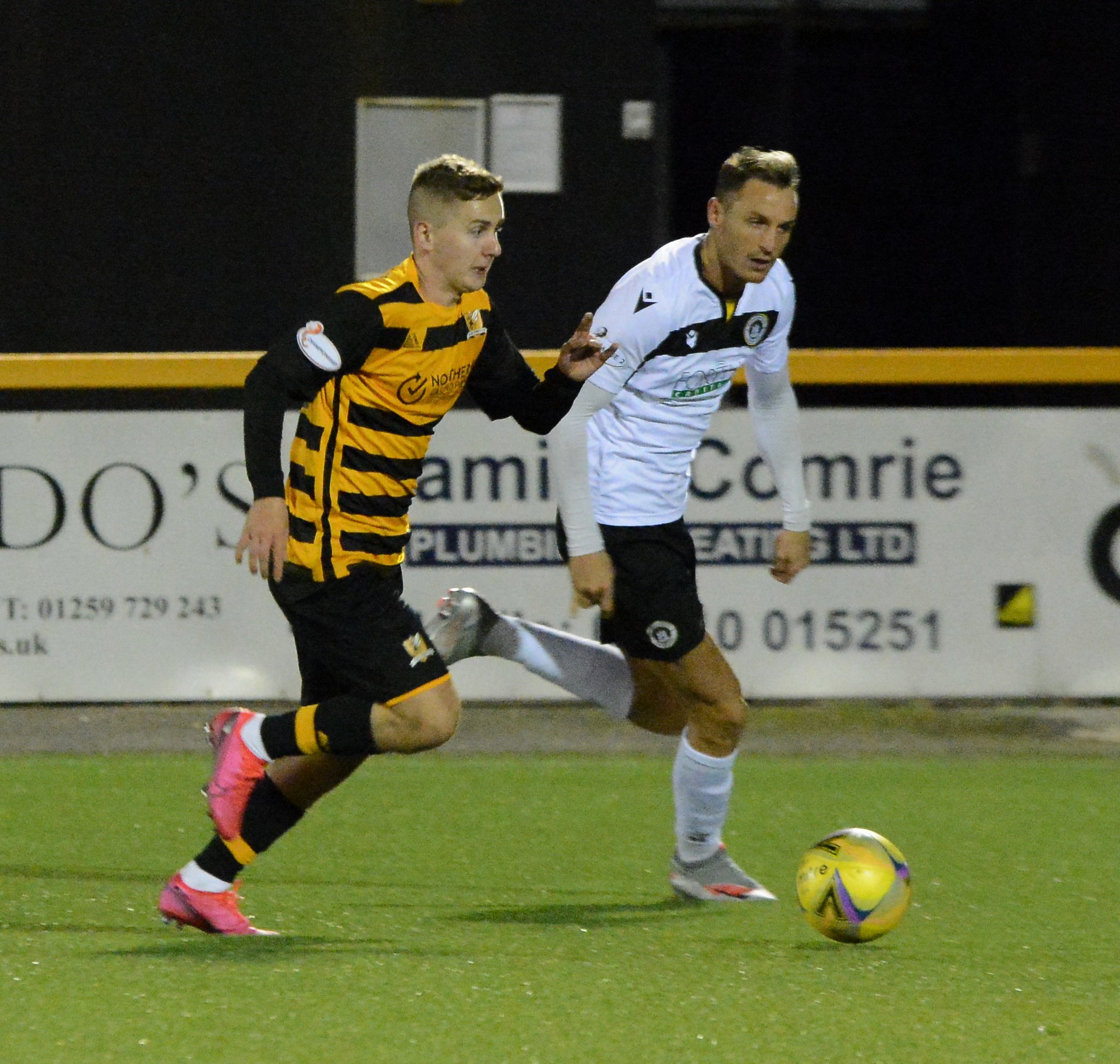 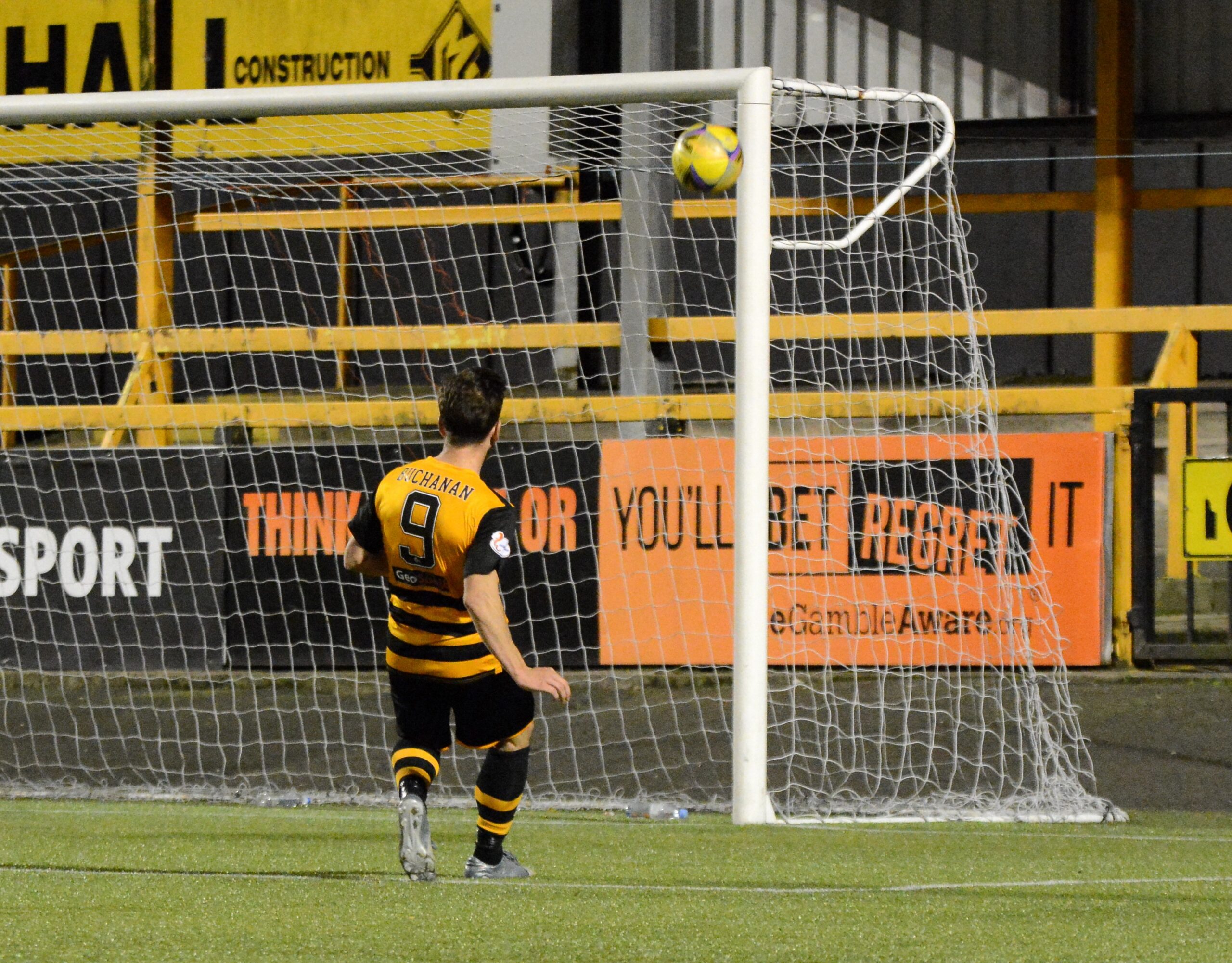 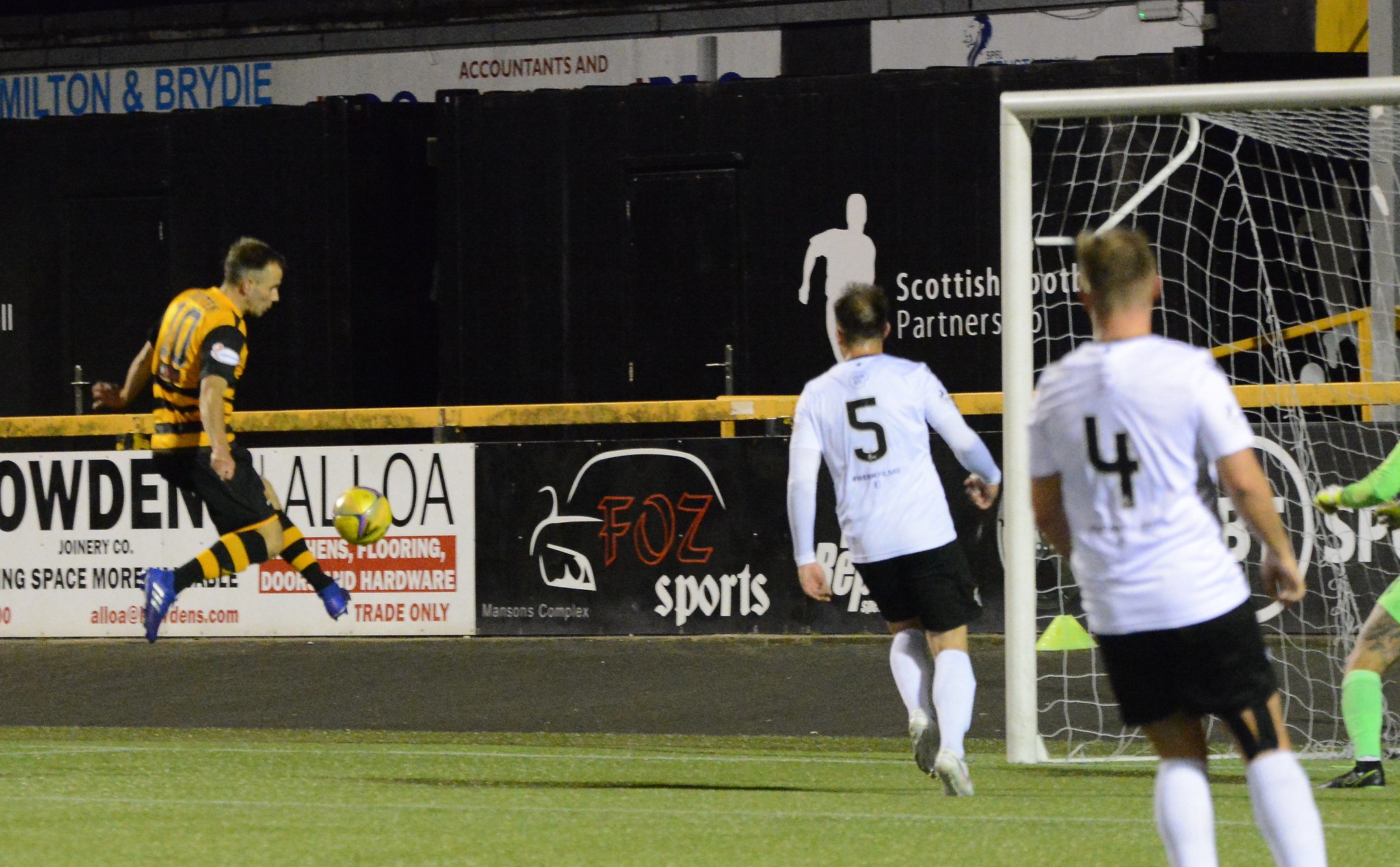 Alloa would get a warning as Wilson’s loose throw set City up for a quick counter. Substitute Blair Henderson, was crowded out and his shot collected by a relieved keeper. The relief was temporary though as Thomson’s delivery found an unmarked Henderson. From inside six yards, Edinburgh had found the equaliser and set up what looked to be a frustrating night for the Wasps.

Minutes later, Alloa were fortunate to be saved by a refereeing decision. A weak header out of the box saw Liam Brown scuff a shot into the path of Ouzy See. He finished with aplomb only for the assistant’s errant flag to come to the Alloa rescue. Jon Robertson clearly playing See onside from the replays.

Alloa almost snatched on a mixup between goalkeeper and defender on the edge of the 18 yard box as Liam Dick was gifted an opportunity. The left back, not known for his scoring prowess could only hit the stranded goalkeeper. Although the ball was retained, Edinburgh now had numbers back in the box. Working the ball from left to right, step forward, once again Robert Thomson. His deceptively quick feet forged what seemed like an impossible passage into the Edinburgh box and he snuck an effort under both defender and goalkeeper to trundle a shot into the net. 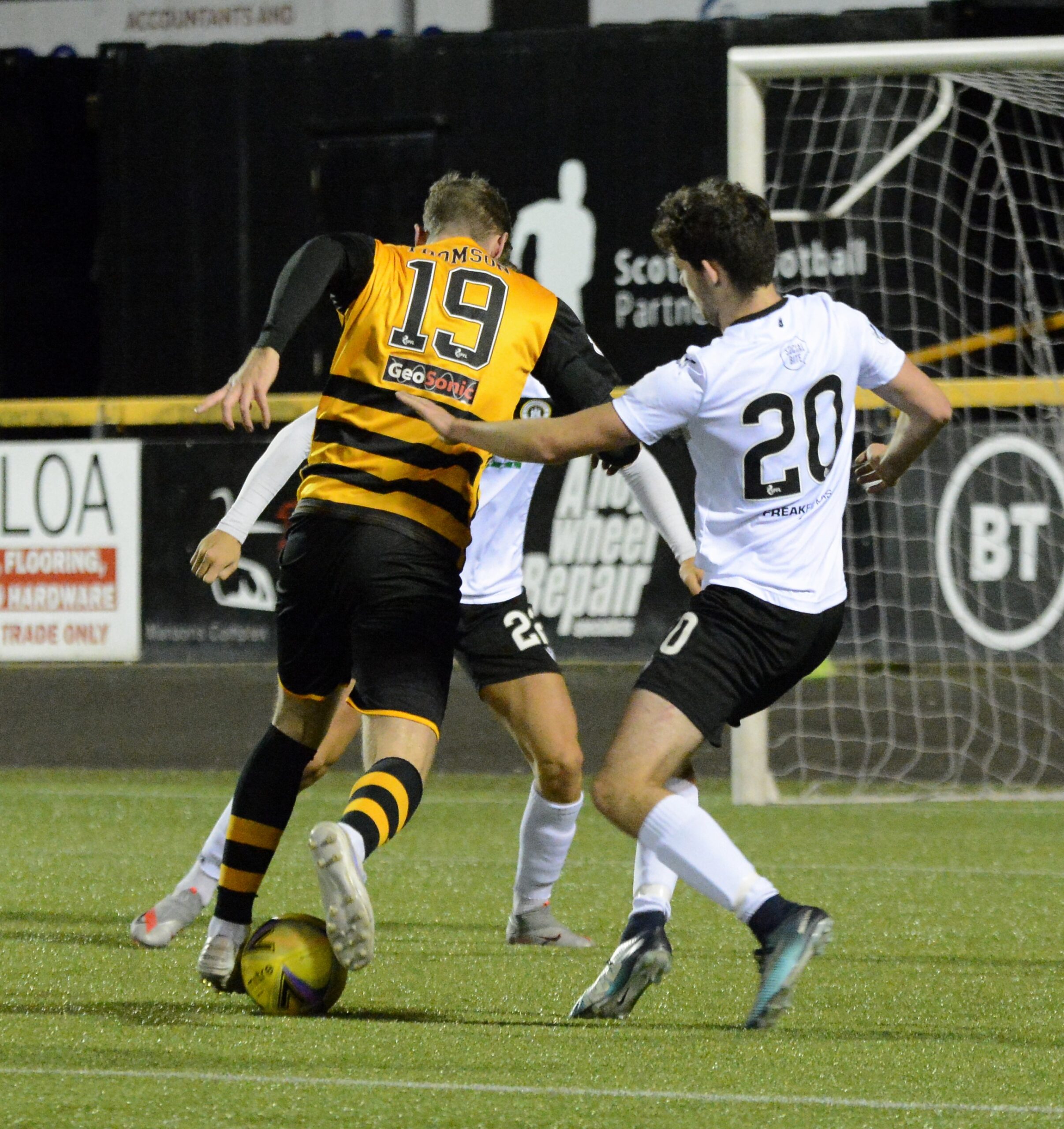 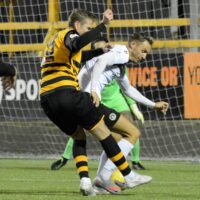 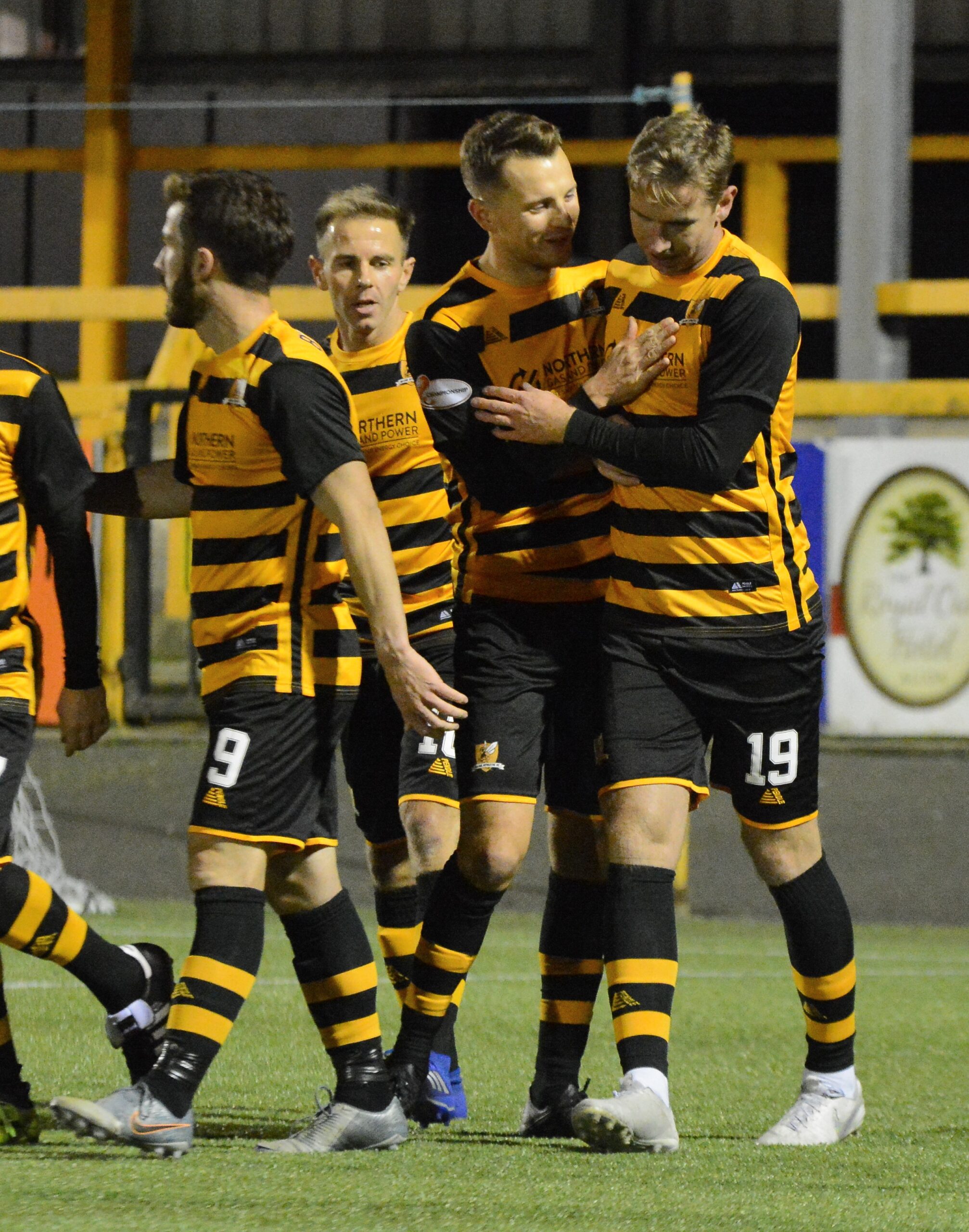 A third goal in three games has already exceeded his tally from last year and in this form it’d be hard to see another drought coming. He almost doubled his tally with a late foray, only to be denied by the goalie’s outstretched legs.

Alloa join Livingston on 6 points and continue hopeful of a top runner up spot. Edinburgh prop up the table as we all return to our respective League action on Saturday.