“The Wasps” disappointingly crashed out of the Irn-Bru Cup at the Quarter-Final stages against Edinburgh City at Ainslie Park after the home side stormed back from two goals down early in the match to take the tie to another penalty kick shoot out, “The Wasps” third in this season’s competition.

Jim Goodwin’s men could not have wished for a better start to the game, Dario Zanatta opening the scoring for the visitors after only two minutes with fans still coming into the ground.

“The Wasps” increased their lead ten minutes later, when Liam Dick’s header was knocked home by Alan Trouten for his eighth goal of the season. Even the most ardent Alloa fan did not expect their team to be two goals ahead against Edinburgh City in the opening 12 minutes, Edinburgh City who had been on a fantastic run of thirteen straight victories before losing at Clyde, which included a 4-1 victory against Arbroath at Gayfield in the previous round.

The game then settled down and the home side gradually were edging there way back into the game with their physical strength and height. Alloa were getting deeper and the turning point of the game came when Edinburgh City’s talisman striker Blair Henderson headed home from a set piece when his height won the areial challenge in the box.

The goal prior to half-time changed the game hauling Edinburgh City back into a game which in the opening twenty minutes looked to be a step too far for them. If Alloa took false hope from their early goals they certainly knew they were in a game now. The home side were right back in the game and started the second half looking like they were the team most likely to score. Therefore it was no more than they deserved on 57 minutes when Scott Shepherd cut in from the right and thundered a shot past Neil Parry, 2-2 game on.

Edinburgh City had grown into the game and Alloa were now on the back foot. Striker Greig Spence who was on a yellow card was replaced on the hour by Stevie Hetherington, unfortunately Connor Shields was sidelined having picked up a knock playing for Sunderland reserves.

Alloa suffered another injury blow when Reis Peggie landed ackwardly and had to leave the field with suspected broken wrist. “The Wasps” were trying to reach the semi-final stages for the first time sine 2014/15 when they defeated Ally McCoist’s Rangers 3-2 to reach the final.

The game however ended 2-2 and to penalty kicks for the third time this season. Having previously scored 19 out 19 kicks from the spot this season nobody could fault the players but the home side were victorious winning 4-3 on penalties. Their keeper Callum Antell saved Scott Taggart’s initial kick to give to give them the advantage which they held strong to win 4-3, Andy Graham ending the contest when his penalty was wide off the mark. Although hugely disappointed we have another huge game on Tuesday evening at Tannadice Park against Dundee United who are now unbeaten in their last five matches since bringing in Robbie Neilson as manager. 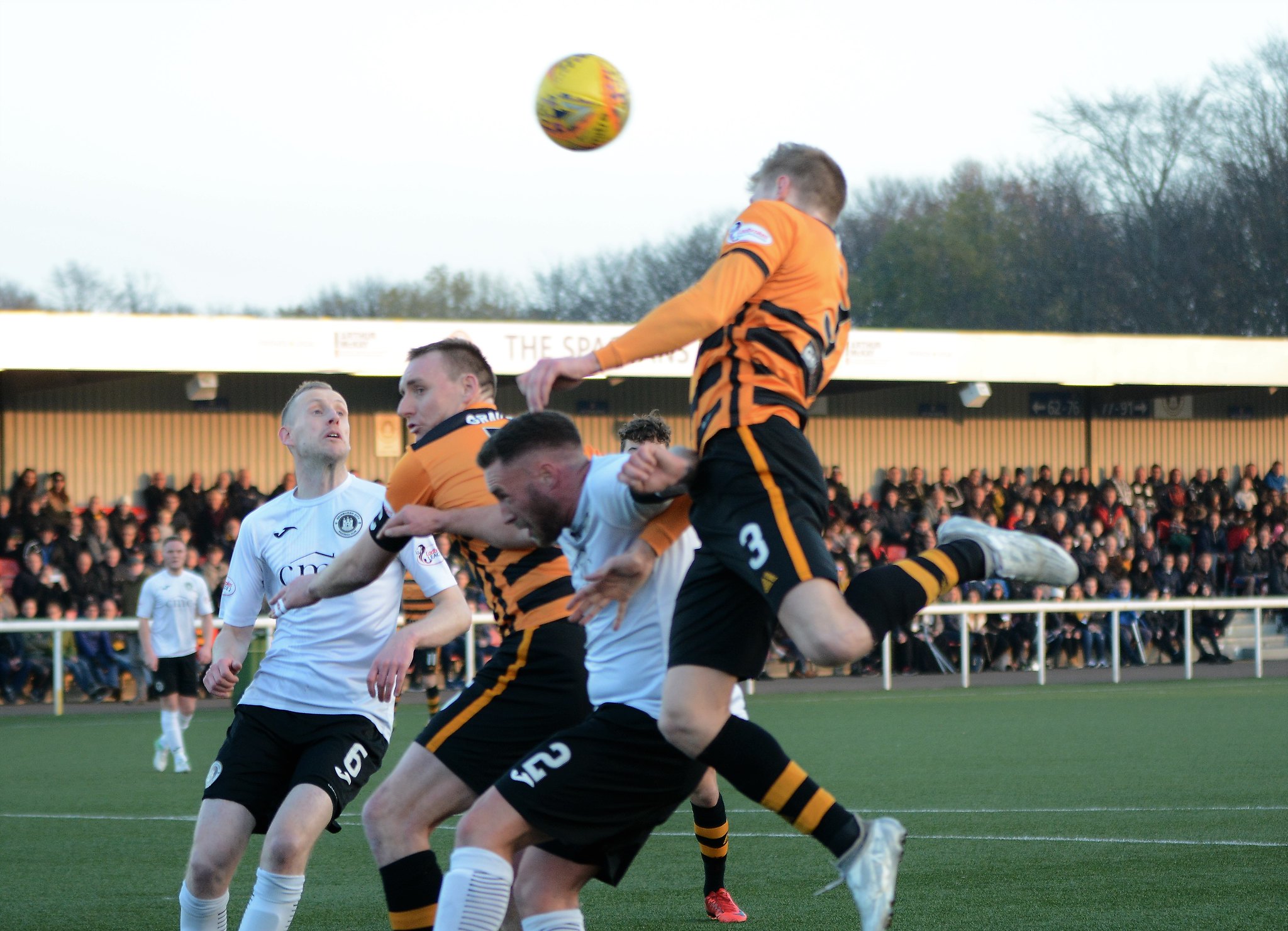 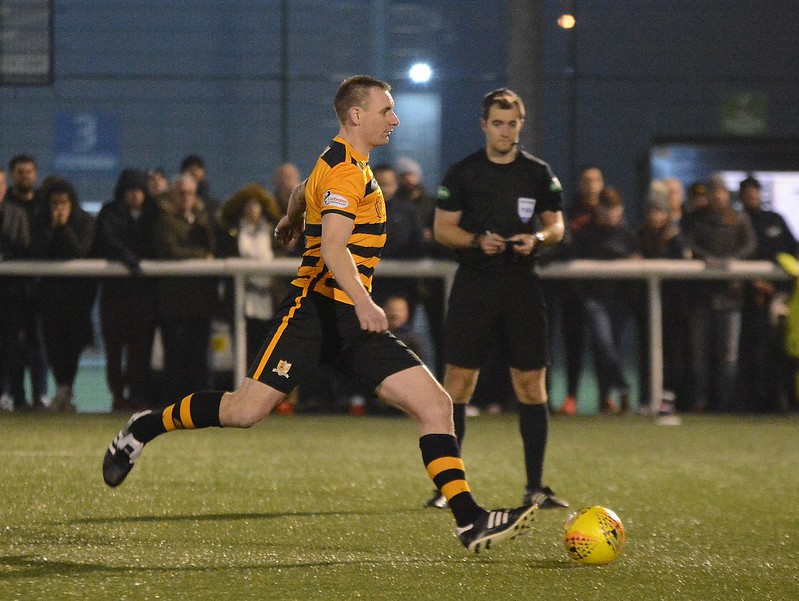 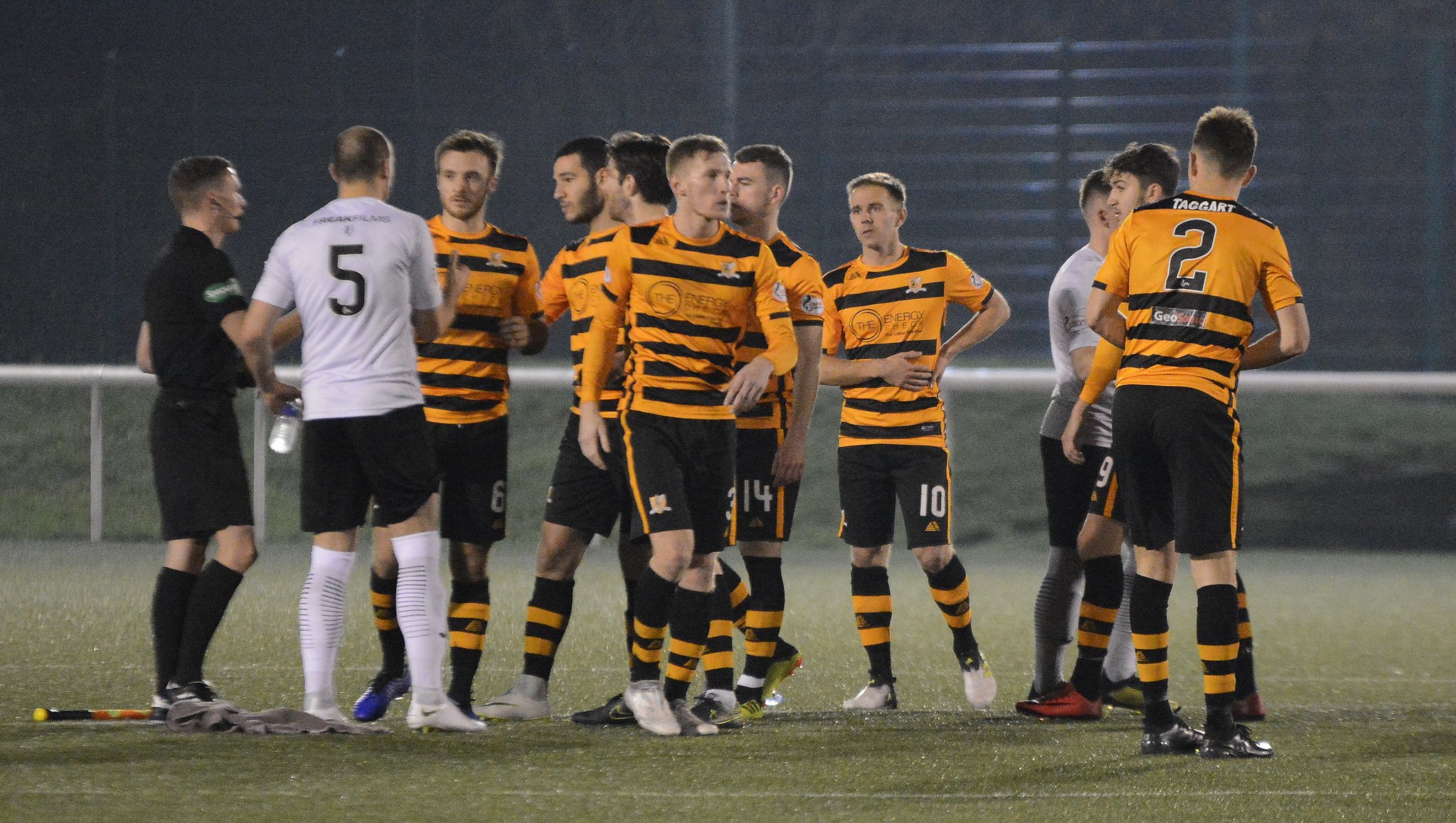 We are extremely disappointed to be out of the competition, we started the game so well, getting our noses in front by getting two goals early doors was great and I think after that, I don’t know if we got a false sense of security maybe and thought it was going to be too easy, we dropped a little bit too deep after about twenty five minutes and invited Edinburgh City to put balls into our box and the goal just on half-time was a bit of a sick one to take, we should have defended it better, we gave away a cheap free kick, we worked all week at defending set plays because we knew how important they would be to Edinburgh City, it was a great delivery and they had big boys coming up, particularly Blair Henderson their striker and inevitably it was him who got the free header. We went from half a minute of the first half being two nil up at half-time feeling good about ourselves, then getting done with the sucker punch it was disappointing overall.

We have taken the competition seriously right from the start, I know some of the bigger teams used it as an opportunity to give some of their second string a run out but that has never been the case for ourselves, we respect the tournament and we tried to win it, it is as simple as that, but I don’t think we could argue about the overall result, to draw the game was disappointing and the second goal we lost was poor defensively but I felt Edinburgh City were the better team in the second half and they were putting us under a lot of pressure. They are a very direct team who try to get the ball up to Henderson and they are good at putting balls into the box and getting good runners of him, so we didn’t cope well enough with that in the second half and we didn’t impose our own game on Edinburgh, we didn’t get the ball down to be able to draw players as well as what we could have so fair play to Edinburgh City when it goes to penalties it is just a lottery at the end of the day – I can’t fault my boys too much as they had previously this season scored 19 in a row before today’s game, the standard of penalties up till now had been excellent unfortunately Scott Taggart and Andy Graham are the two who miss but your luck will run out at one point or another so you cannot go to penalties continuously to win games. It didn’t go our way today and I wish Edinburgh City all the best in the next round.