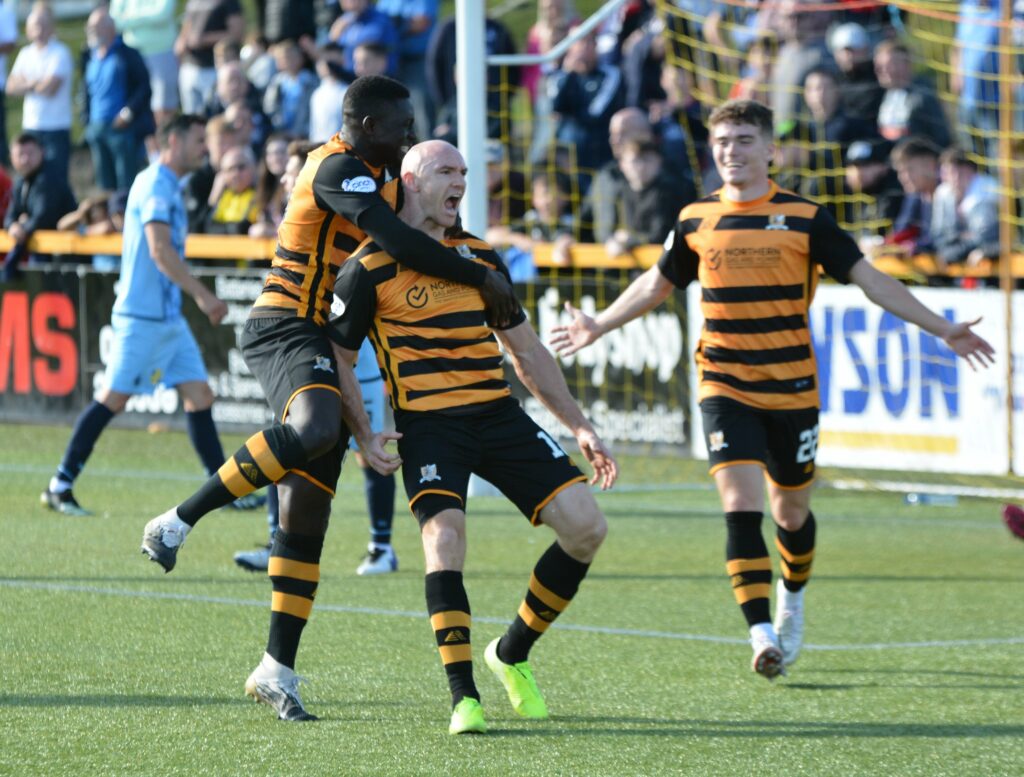 Alloa overcame their close neighbours in what was ultimately a routine home win for the Wasps. Alloa handed a debut to new Hearts loanee Euan Henderson, while Scougall made way after feeling unwell before the game, in the only forced change, from the side that started last week’s win over Cowdenbeath.

Alloa had the best of the opportunities as Boyd broke through and Trouten bounced a diving header wide. They would grab the breakthrough as Taggart lobbed a curling ball over everyone for the run of Henderson who eventually prodded home with a slow roll of the ball past Mutch. Alarm bells were ringing for Alan Trouten who was instantly removed from the field of play after receiving some treatment on his errant hamstring. Cammy O’Donnell joining the play in sad circumstances.

While the Wasps goalkeeper was active, only one curling effort required a serious save in the first half. Alloa were dealt another serious blow when red hot Boyd felt unfit to continue on 40 minutes. Former Bairn Conor Sammon replaced him. O’Donnell unleashed a volley from 30 yards that narrowly missed Mutch’s woodwork and passed up a glorious cutback where he could only find the Falkirk goalkeeper.

Falkirk threatened early, twice in the second half but again it was the Wasps who were superior. A deep free kick aimed to Durnan, was nodded across goal for Sammon to seal the three points. Alloa closed out the game almost flawlessly, with only one hairy moment as Ompreon was denied an exquisite finish by Hutton’s fingertips and the resulting corner was saved by a goal line clearance from King.