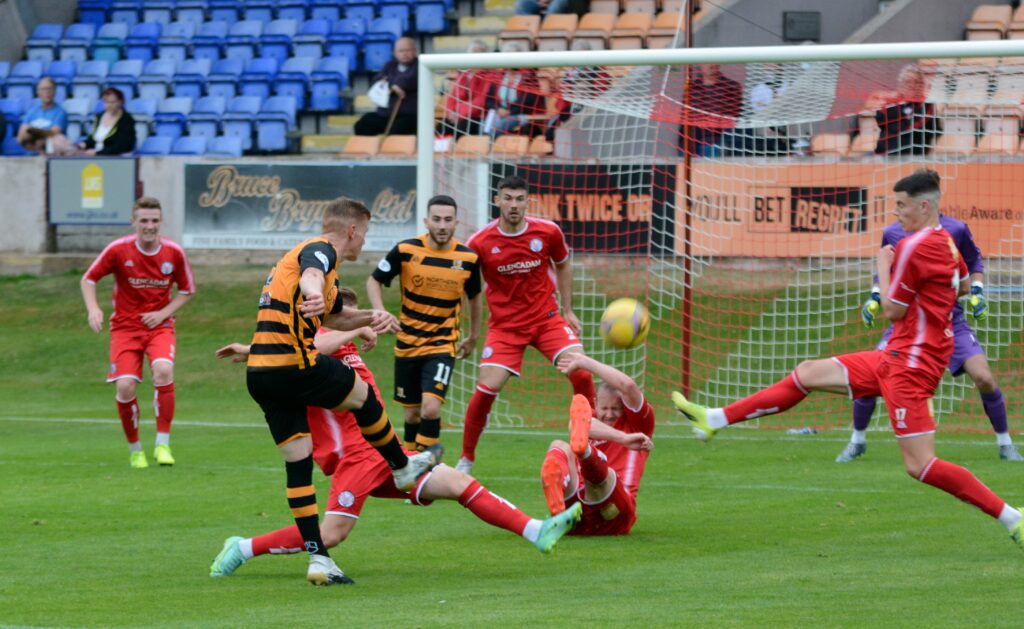 It was a toothless performance in front of goal as Alloa passed up a heap of chances against last year’s club 42. Albeit Alloa were struggling with the absence of Durnan, Cawley, Trouten and Lamont but it did leave the opportunity for youngsters Ben Ramage and Devan McColl to join the first team squad.

Alloa’s first half was methodical with a steady stream of chances opening up. Taggart drilled an effort off the top of the bar. Boyd screwed an effort wide and probably most egregious, Ben Armour passed up the best opportunity by heading over from 6 yards.

In the second half, the almost inevitable sucker punch was struck by Brechin local Marc Scott. He broke from midfield onto a flick on and Robertson couldn’t do anything to stop him charging into the box and rifling an exquisite effort into the top corner beyond the helpless McDowall.

Boyd attempted to lead the counter charge but again Brechin crowded him out. O’Donnell saw the best opportunity fall to him from 8 yards but could only direct it into Wills’ grateful arms. Connor Sammon again found himself in great areas but late on couldn’t find the finish to rescue Alloa from group D mediocrity. Dev McColl would make his debut, but sadly couldn’t make an impact on the already slipping away tie.