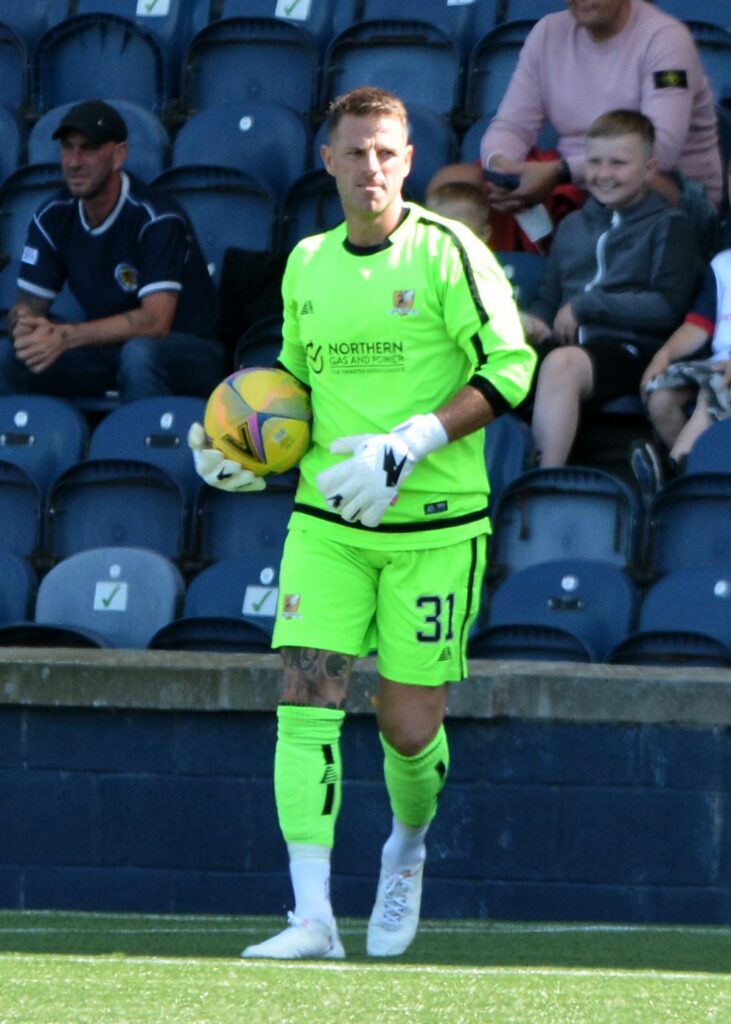 David Hutton has signed for the Wasps!

David’s had a long career in the professional ranks after starting his career at Aberdeen.

He’s turned out for no less than Clyde, Queen of the South, Hamilton, Greenock Morton, Ayr United, Dunfermline and Arbroath. He started last season at League 1 Airdrieonians before making the switch to Brechin City.

Hutts’ will be straight into the squad for today’s game at Raith Rovers.

After a couple years at Raith Rovers, with a loan to Kelty Hearts in a COVID disrupted term, the defender rejoins Barry Ferguson and his men at Alloa.

Nando received his first international call-up in March and made it a successful trip by helping Guinea-Bisseau secure qualification for the African Cup of Nations.

Nando’s currently following government guidelines and quarantining after travelling back from France so misses out playing against his former teammates. But we look forward to seeing him in action against Peterhead.