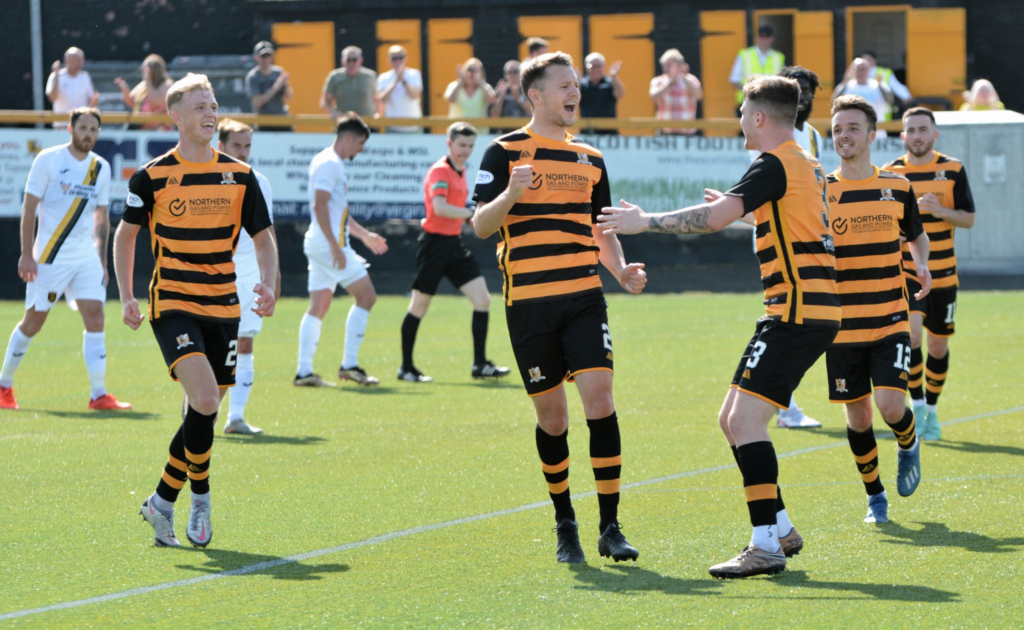 Alloa burst back into Group D contention with a win over the Premiership favourites Livingston.

It’s only been 4 years since both were competing for the League 1 title and you’d be hard pressed to notice the seeming difference in quality that’s seen Livingston’s meteoric rise in Scottish football. Three massive chances fell to Conor Sammon but Alloa’s lone frontman failed to convert. The first was a pinpoint cross into the six yard box from O’Donnell who made the space with an exquisite trick (⬇️➡️ On the analogue stick if you’re a Fifa connoisseur) but Sammon could only head the ball up and over. The second meanwhile was no skill, just a speculative lob by Howie, that was bizarrely left by both Livi central defenders, the Irishman again failed to execute as he produced a tame effort for Stryjek to catch. In the 36th minute the frontman would beat the keeper. Once again Howie’s lofted through ball finding Sammon running in behind, and with no Livingston defenders in sight, Sammon squeezed the ball under Stryjek only for the ball to strike the post and bounce back into the grateful arms of the goallie. Andy Graham was almost an unlikely scorer too as he looped a Scott Taggart delivery off the bar after beating Stryjek with a jumping header. The ricochet came too quick for Robertson lurking at the back post.

With the second half it looked like more of the same from Alloa. The left back, Dan Church almost delivering the opener, with an in-swinging cross on his weaker foot, just missing the net by a yard. Scougall drilled a shot along the floor too to test the Livingston keeper as the West Lothian side again made simple errors. But Livi sucker punched Alloa with a Bruce Anderson finish. Ben Williamson played the ball wide to Longridge who drilled a cross along the six yard box. The former Aberdeen forward smashed home at the near post.

What followed was a pretty demoralising 15 minutes as Livingston coyly stroked the ball around the back comfortable in the fact that Alloa would need to press them higher and expose themselves to the long diagonal that Alloa had dealt with so comfortably all game. Honourable mentions go to Boyd and Armour who initiated some deep pressing and exposed more of Livingston’s brittle possession football. With 9 minutes of normal time though it was Alloa escaping the Livingston press from defence – Graham launching the ball wide to marauding right back Scott Taggart – he would cut inside and accept Livingston’s invitations to keep going and going until he was almost in the six yard box. With the calls of ‘shoot’ from the commentators and fans, Taggart duly obliged and fired into the bottom corner past Stryjek. With the tide turned and Alloa would win a penalty from the clumsy Ayo Obileye clip of O’Donnell’s heel. Step up Alan Trouten and you know the rest.

It puts potential qualification back in Alloa’s own hands albeit they’ll need to find the net a few times in the upcoming away fixtures at Brechin and Kirkcaldy.