“The Wasps” ended the decade with an impressive victory over Dunfermline Athletic at East End Park, a venue which “The Wasps” have been unbeaten on their last six visits.

However, the Alloa Athletic supporters suffered a double shock prior to the kick-off with both captain Andy Graham and top goalscorer, Alan Trouten not fit and unable to feature in the game, Alan Trouten having scored six goals against “The Pars” in past two seasons.

Dunfermline would have noticed the omissions and were putting the Alloa defence under early pressure. Kevin Nisbet had to watch as Jamie MacDonald pulled off a fantastic double save to deny the striker who is on a rich vein off form, scoring nine goals in the past six games. Eventually the home side took the lead through that man Nisbet with a header across the goal.

The reaction of “the Wasps” was instant with Adam Brown scoring after the home keeper could only push out a cross ball, this is Adam’s second senior goal and both against Dunfermline Athletic.

Five minutes later things got worse for the home side, Joshua Edward’s clearance was charged down by Kevin Cawley into the path of Kevin O’Hara, who lashed home the opportunity to give “The Wasps” the lead.

In the second half Dunfermline had the bulk of the possession but it was Alloa who looked the more likely to score on the break. Sixty six minutes into the game they got their reward when Jon Robertson made a fantastic run into the Dunfermline box only for Kevin Nisbet to make a forward’s challenge in the box for a definate penalty, Iain Flannigan stepped forward to score with ease and composure, remarkably his first goal of the season.

We know we will lose games, but it was important to end the run of games without victory before the end of the year and decade. If the players show this level of concentration, work rate and endeavour in the second half of the season , we will be able to start looking up the table and remove any fears of relegation. 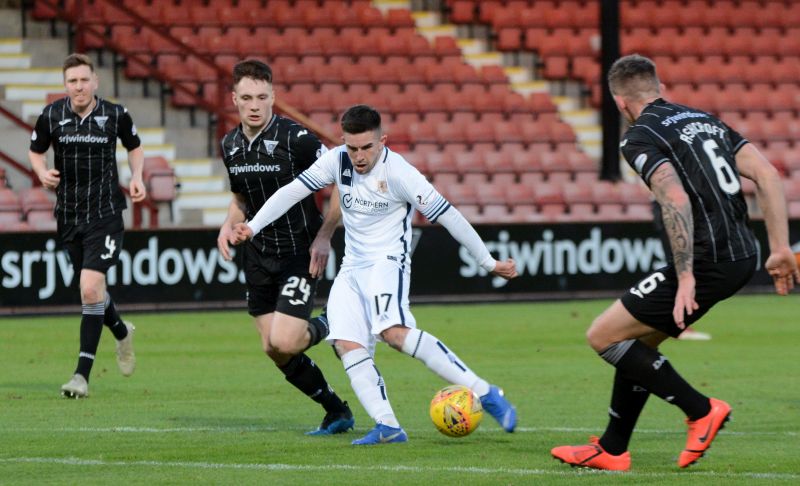 Kevin O'Hara scores his 7th goal of the season 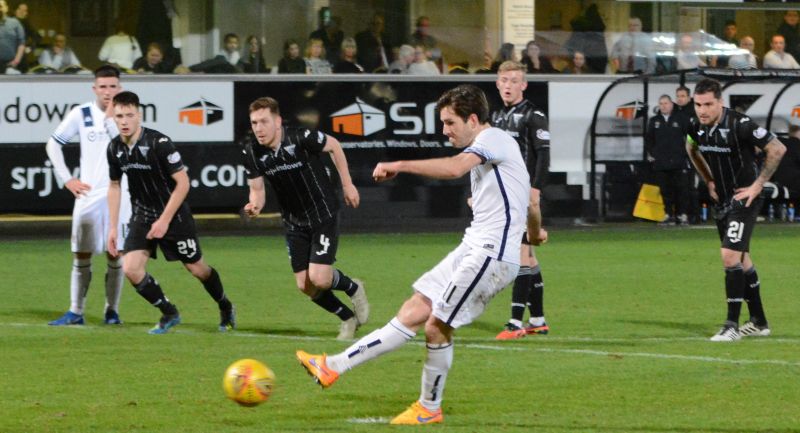 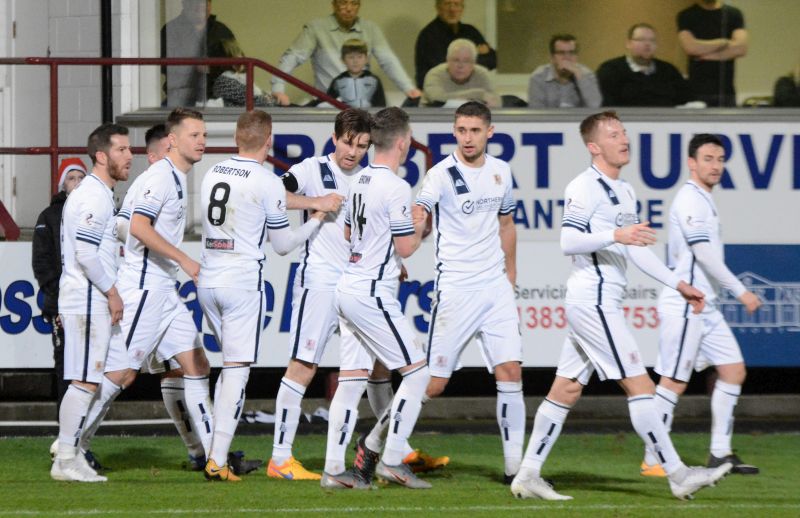 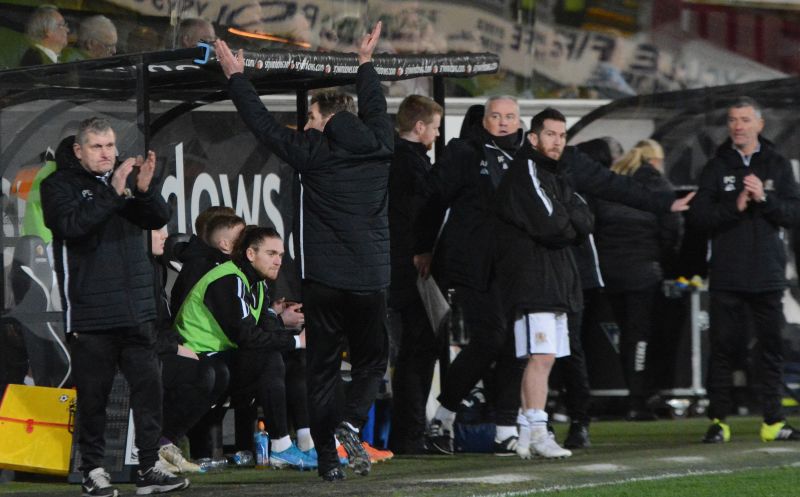 Celebration at the final whistle

Delighted, I can’t think of a prouder performance as a coach, not just because of the result but considering I was actually picking and organising the team only an hour before the game due to injuries and giving the players the best chance possible to try and see if they were fit and then move the positions around depending who we could put out on the park.

It is fantastic credit to the boys, some played not fully fit and I think the guts and determination showed won the game. We weren’t brilliant on the ball today but against the ball we were brilliant to a man, but we cannot forget in the first half Jamie MacDonald had a wonderful double save at an important time in the game for us but I think we deserved that due to the work ethic we put in.

Every manager has a game plan but is about the players carrying it out and I think they deserve great credit for that. People will say to me about the squad being small, the reason it is small and I have said this many times, because there are not many guys who can come into this squad, which might sound crazy when we are bottom of the league, but they would need to come in and improve this group, which will take a special type of character. We had Alan Trouten and Andy Graham coming in today and trying to get themselves fit, we had Kevin O’Hara putting himself fit because they all want to play, Jon Robertson in recent weeks has moved from position to position and Scott Taggart having to cover at centre back today, so you have to give them unbelievable credit for that. Managers all have a plan sometimes it works, sometimes it doesn’t but it is the diligence of the players and their will to put the work in. It is easy when you are at the top of the league, but when you are at the bottom of the league and trying to do as we trying to do and play the way we do and show that type of performance at a very difficult venue I can’t be any prouder.

Kevin O’Hara has been sensational for me although I’ve had to play him in different positions but I have always said I want to play him as a striker because having watched him as a young boy and he was moved from left to right and I understand why people put him out wide because of his pace but credit to him he worked his socks off, considering he only trained on Thursday for twenty minutes, delighted with him and that’s seven goals already this season, but to man I was delighted with all my players today and I am really proud of them.