On reflection before today’s game a point away from home might seem a good point, but not for the first time this season, it was good to hear comments ” You should have won today” and with a bit of luck in front of goal “The Wasps” could have collected their first victory in the league against “The Pars” since Season 1984/85.

Jim Goodwin made five changes in the side that knocked Dundee united out of the Irn-Bru Cup last Saturday, such is the depth of pool now in “The Wasps” squad. From the outset the visitors looked to go the offsensive at every opportunity not giving their hosts time to settle into the game.

Both Jake Hastie and Dario Zanatta were proving a handful for the Dunfermline defence with their strong direct running and pace. However, neil Parry who was making his 100th first team appearance for “The Wasps” had to look lively prior to half-time to keep out Myles Hippolyte, rushing from his line to save with his feet, which was the home sides best effort in the first half.

Alloa build on confidence in the second half and had the better of the chances, Dario Zanatta was put in on goals but was denied by a last ditch saving tackle from James Craigen.

Dunfermline manager, Allan Johnston made a double substitution to try and turn the game and gain the three points but Alloa ended the game strongly with Jake Hastie always looking dangerous on the break. Alloa substitute Greig Spence tried a late overhead effort but in the end both teams had to settle for a share of the points. 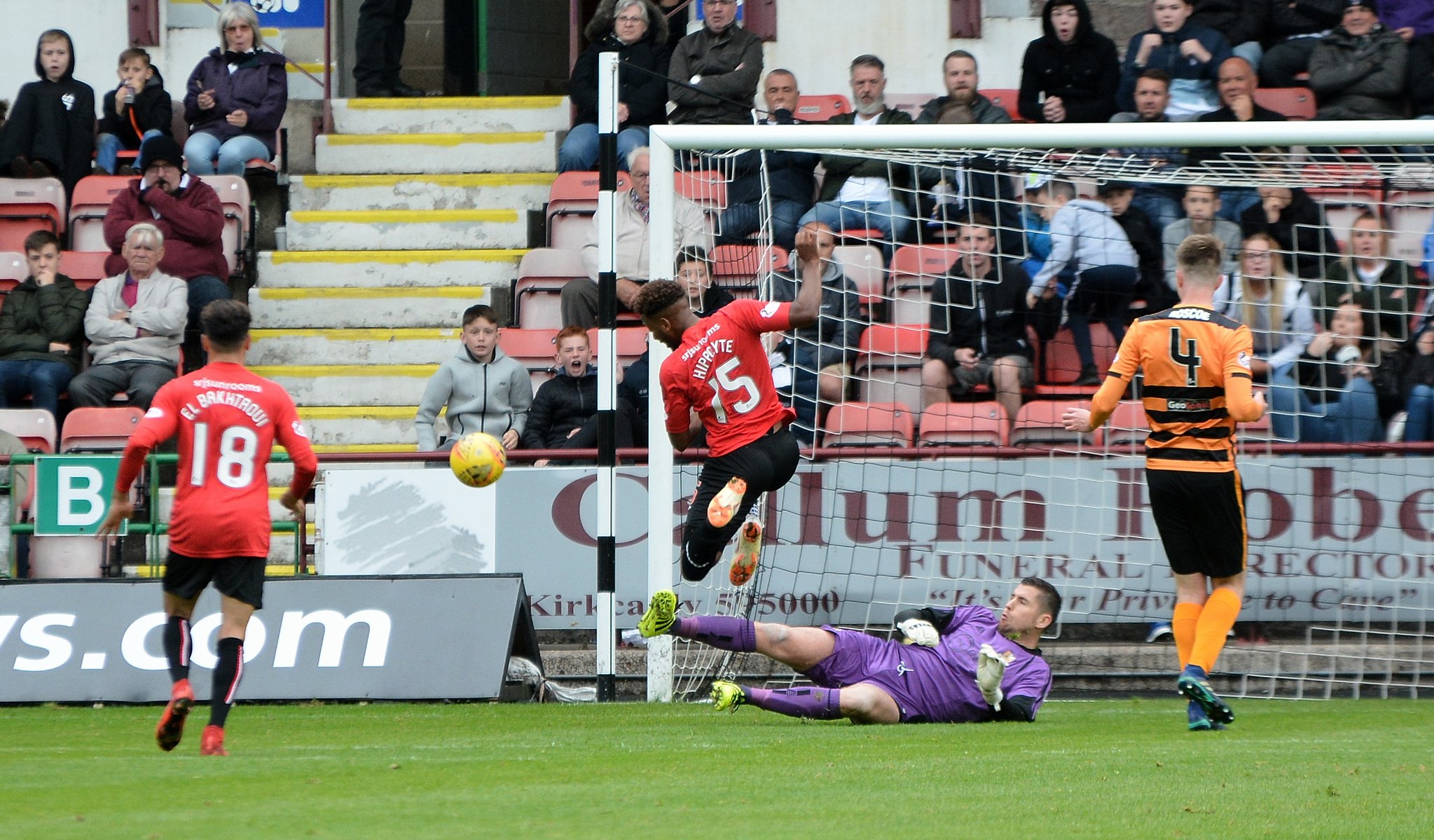 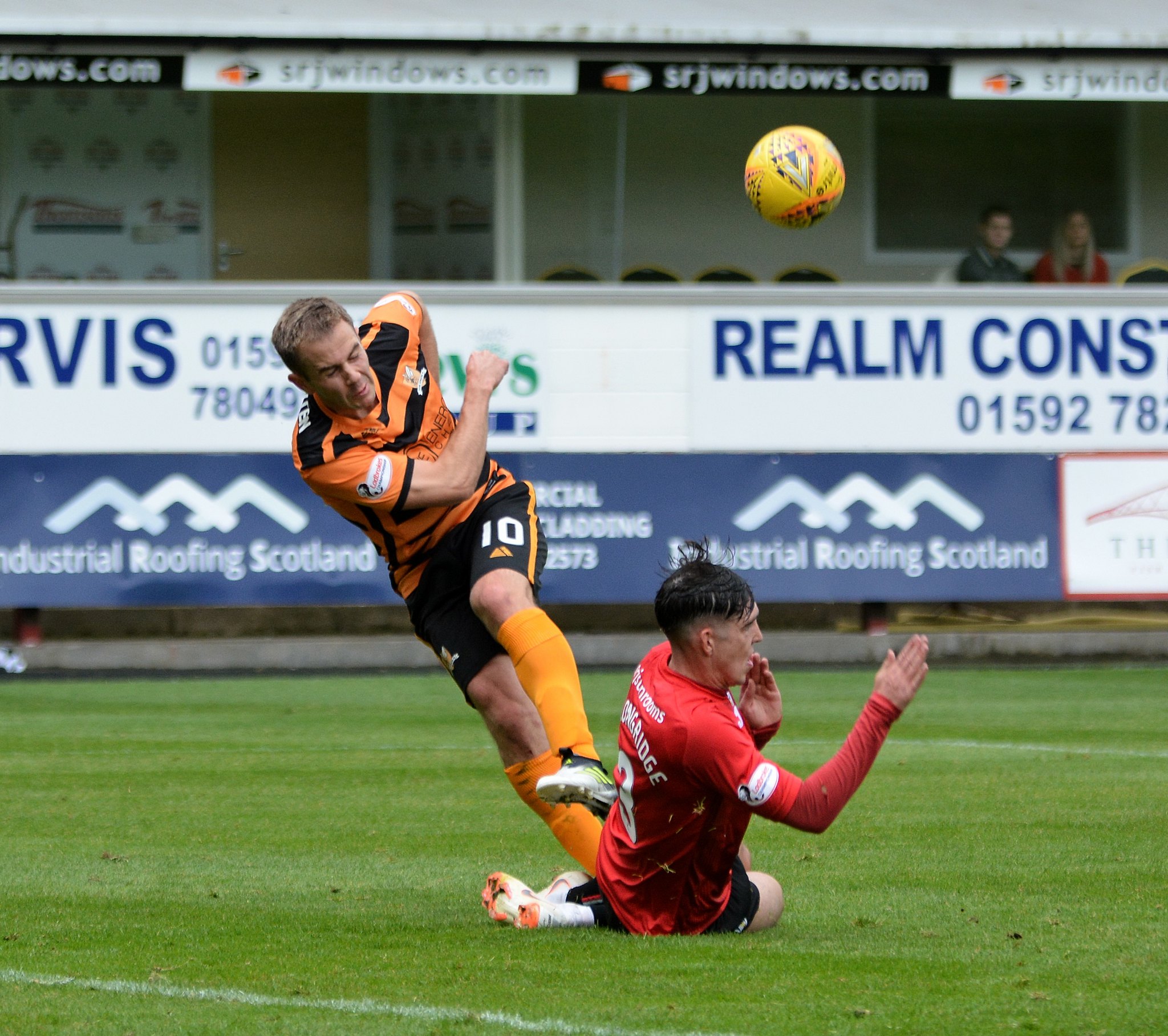 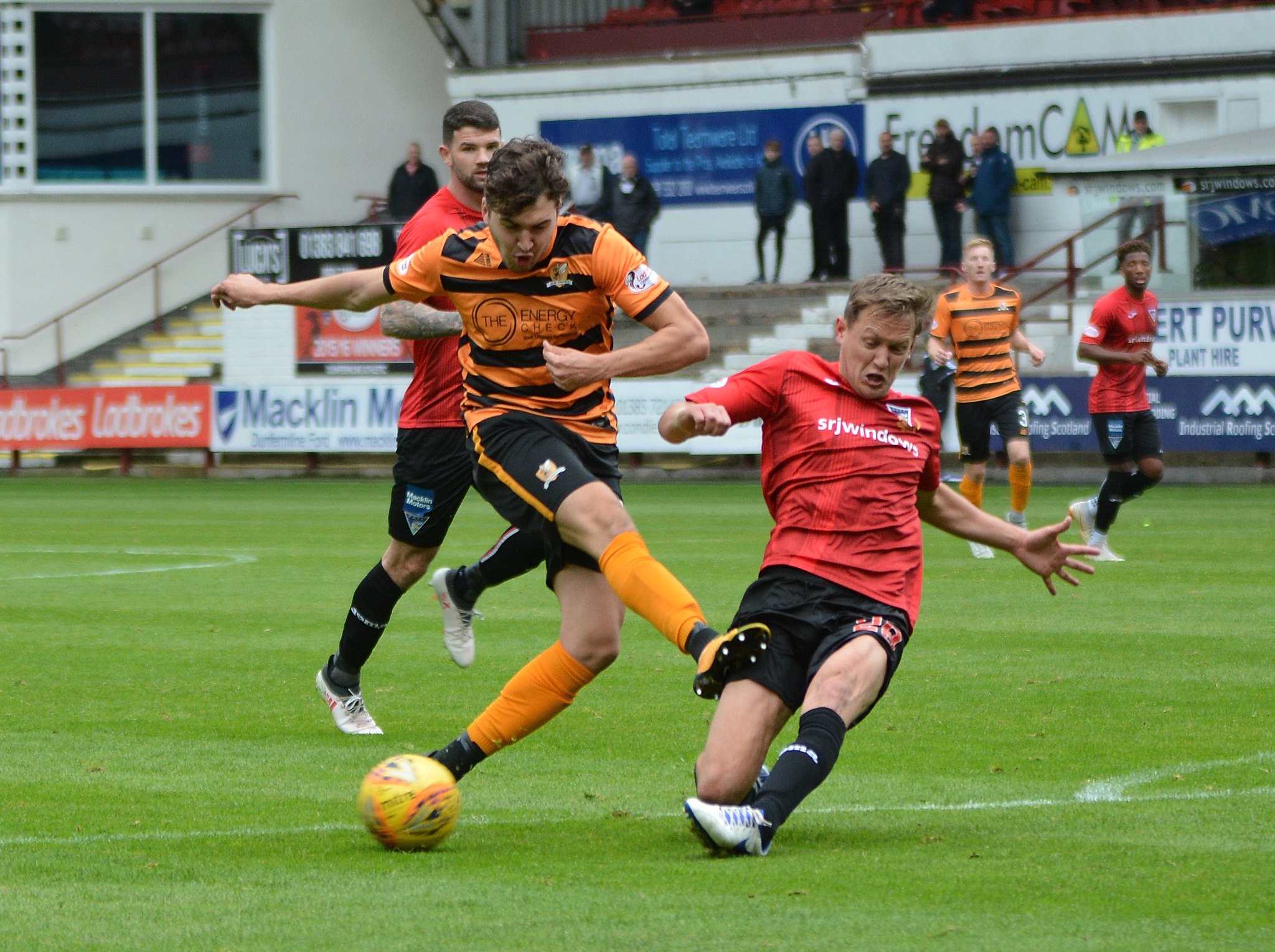 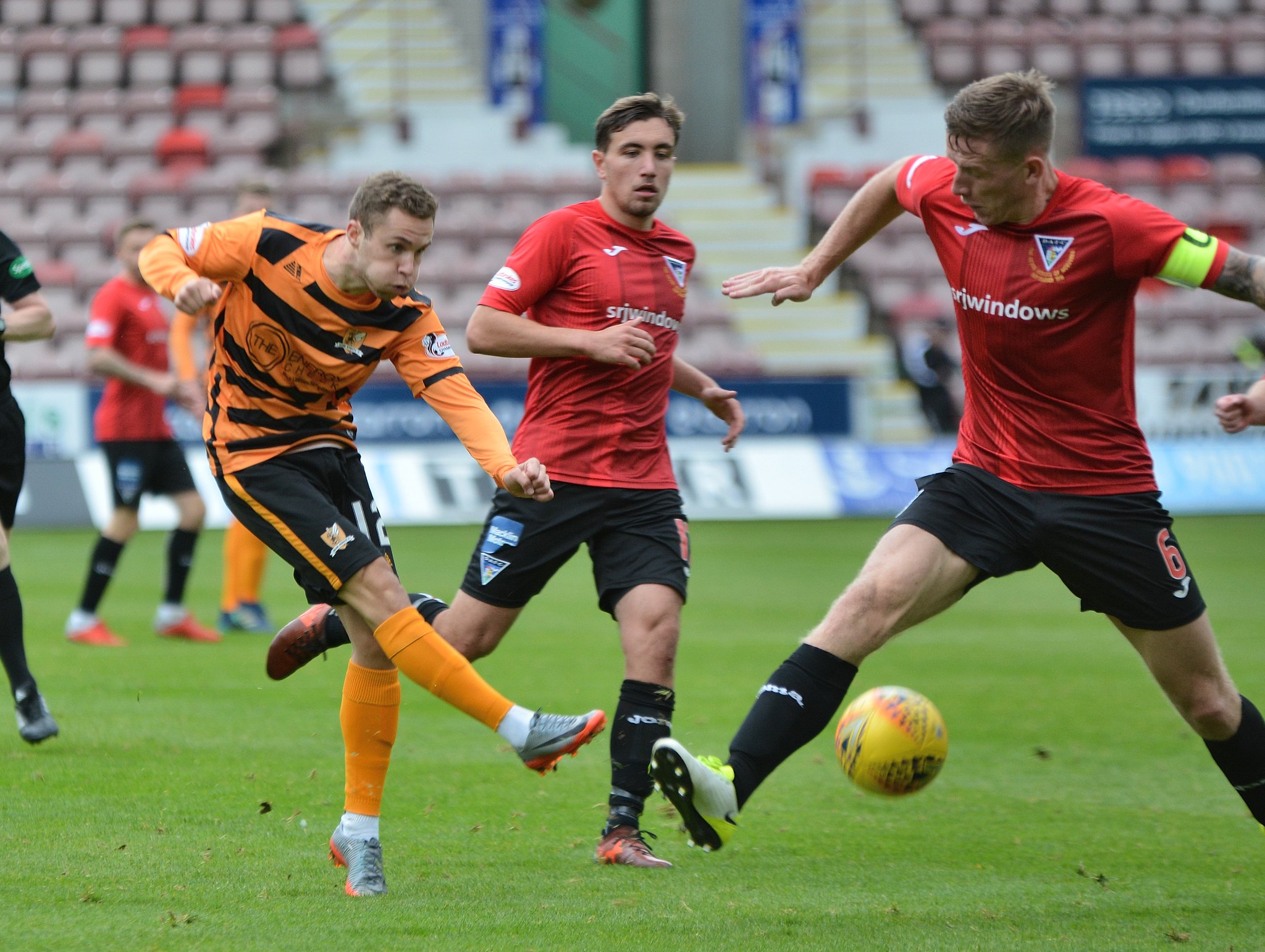 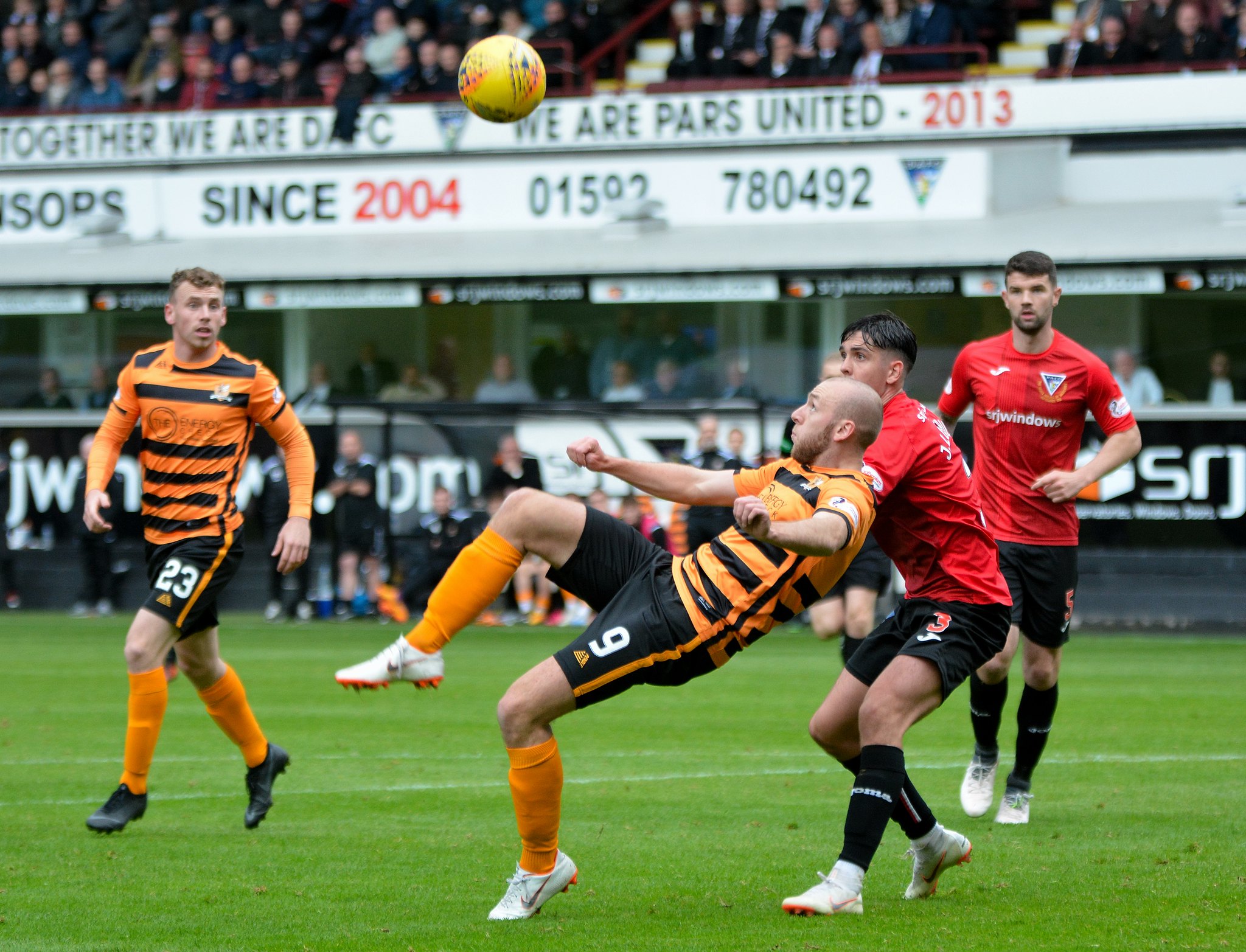 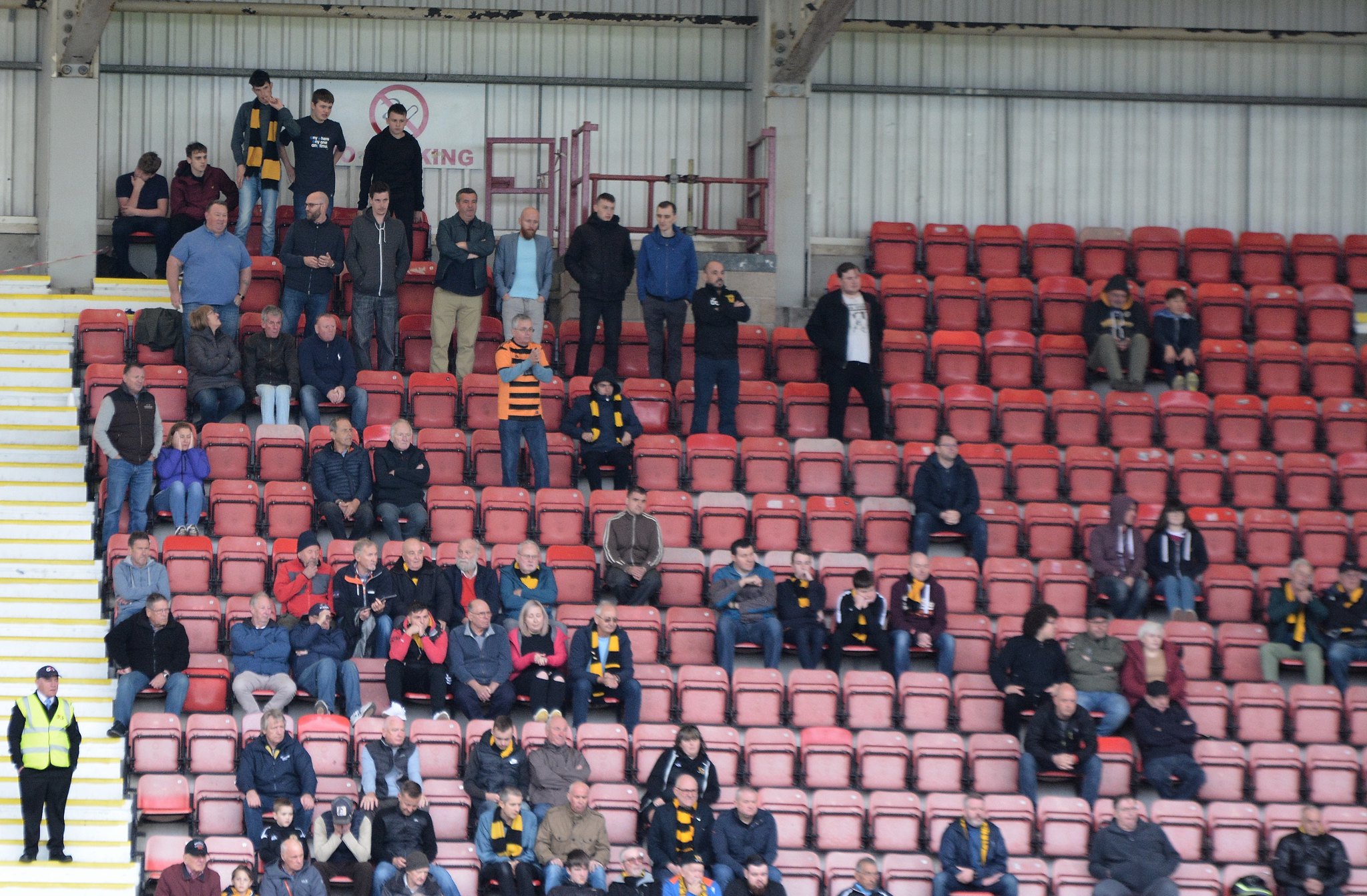 I think a point on the road in this league is always a good point but probably over the whole piece, I’m not saying we were well on top, but I think we had the best chances to win it.

We had a great chance in the first half when the ball got fizzed across and big Andy Graham was not far away from putting the ball into an empty net and in the second half we created one or two other opportunities but that has been our downfall of late certainly in our opening five games we are not scoring enough goals, on the flip side of that defensively I thought we were outstanding as a team, when you keep a clean sheet the goalkeeper and the back four get great credit, what people don’t see is the effort and the commitment of the boys up front, they really do defend at the top end of the pitch unbelievably and that’s why we make the changes as we do around the hour mark just the try and freshen things up, we ask them to go and press teams high up the park and it takes a lot of energy out of them, overall a fantastic team effort from the starting eleven and the three boys who went on.

It is frustrating that we didn’t take any of our chances because we work on this in training and I know the quality we have at that end of the pitch but it’s not something I am going to make a big deal about, I think we do have players at the top end of the pitch who are good enough to score goals at any level, but I just think for whatever reason at the moment maybe it’s not falling kindly enough to us around the box, I’m not pointing the finger at anybody in particular it’s not as if we have had any clear cut chances. Dario had a good one when he was through on goal, granted it was a fantastic tackle from Lee Ashcroft but we just need to do things a little quicker, you don’t get time, four or five seconds for the perfect opportunity, we need to do things a little bit quicker but that said it is still a fantastic point against a good team, Dunfermline Athletic have some really good players in attacking options who can hurt you. I thought my two centre halves, full backs and “Neilly” had to pull a good save in the first half, so over the piece a draw is probably fair, if I’m being honest but I do have a feeling we could have won today.

Our fitness is unbelievable, we only work for four hours a week on the training ground, it’s frightening we train two hours on Tuesday and Thursday and then it’s up to the boys, we give them a programme for during the week to do things Monday, Wednesday and Friday, they have to take that on board that’s their responsibility. We are playing against full-time teams and we are not getting run off the park, we are certainly not just hanging on for the last fifteen minutes – we are still trying to win the game. We spoke about it in the summer and I think we have shown that with the players we have brought to the club, I’m not willing to sit 5-4-1 and park the bus and try and soak up pressure, we have shown that in the opening five league games, we will take teams on and go toe to toe with them. That’s three games unbeaten now in this league and five games unbeaten including Irn-Bru Cup ties which is good for a part-time team in this league.

Today Neil Parry made his 100th appearance for the club and for me he is one the best goalkeepers outside the Premier League, his distribution is excellent but more than anything he is a fantastic presence and he gives the boys at the back great confidence, he comes for crosses all the time, he is brave enough to do that, you see in the first half he didn’t have a great deal to do and the one chance that Dunfermline had he was quick off his line and it was a great save from Myles Hippolyte to keep us in the game. He is invaluable to the club, I must say we have got the core of a squad which has been here for a long time and I think if you look down the list of appearances – Andy Graham, Iain Flannigan, Scott Taggart, Kevin Cawley, Stevie Hetherington and Greig Spence coming back to the club, half a dozen players who are really committed to Alloa Athletic FC, they love the club, they love playing for the club, and it’s great now that “Neilly” has got to that milestone.