“The Wasps” gained their first league victory since the Friday night live game against league leaders Dundee United by defeating Dunfermline Athletic 2-1 where Alloa were rewarded for sticking to their game plan and winning by dominating the midfield and getting stronger as the game went on and deservedly scoring the winning goal with eighteen minutes to go.

Dunfermline came into the game on the back of a rich vein of form having lost only one match in their last seven and winning three of their last four matches. The Wasps had been playing well but just not getting the results that their play merited. The first half was a half of two penalty’s, firstly “The Wasps” took the lead after Lee Ashcroft fouled Kevin O’Hara in the box and Alan Trouten converted the penalty to extent his goalscoring record against “The Pars”

Just after the half hour the visitors were to draw level when Alan Trouten tripped Kevin Nisbet just inside the box and the striker made no mistake to score his eleventh goal of the season. Just before half-time Alloa had to make a substitution with Adam Brown pulling up with what looked a hamstring injury and ex Dunfermline forward Robert Thomson entered the game.

Alloa gained in confidence in the second half and controlled the midfield, however Dunfermline were still dangerous on the break and Wasps keeper Jamie MacDonald had to look lively to twart Kevin Nisbet who always looked a threat.

“The Wasps” took the lead on 72 minutes when Kevin Cawley ghosted in unmarked at the back post to head home his 59th Alloa career goal in his 325th first team appearance.

In the final eighteen minutes “The Wasps” could have extended their lead when Kevin Cawley in good position fired high over the bar. 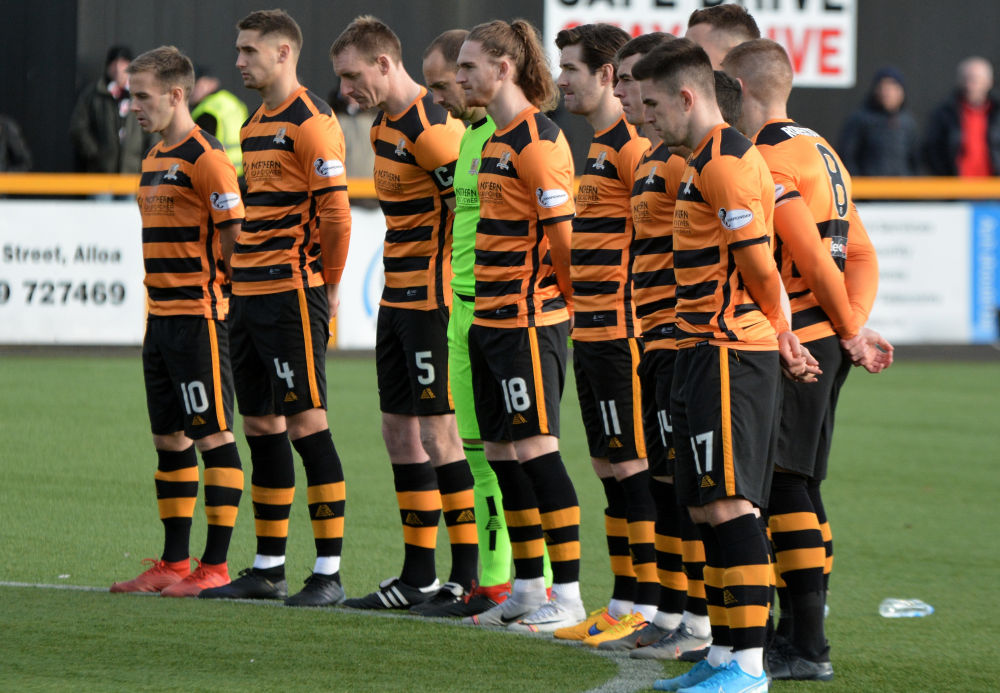 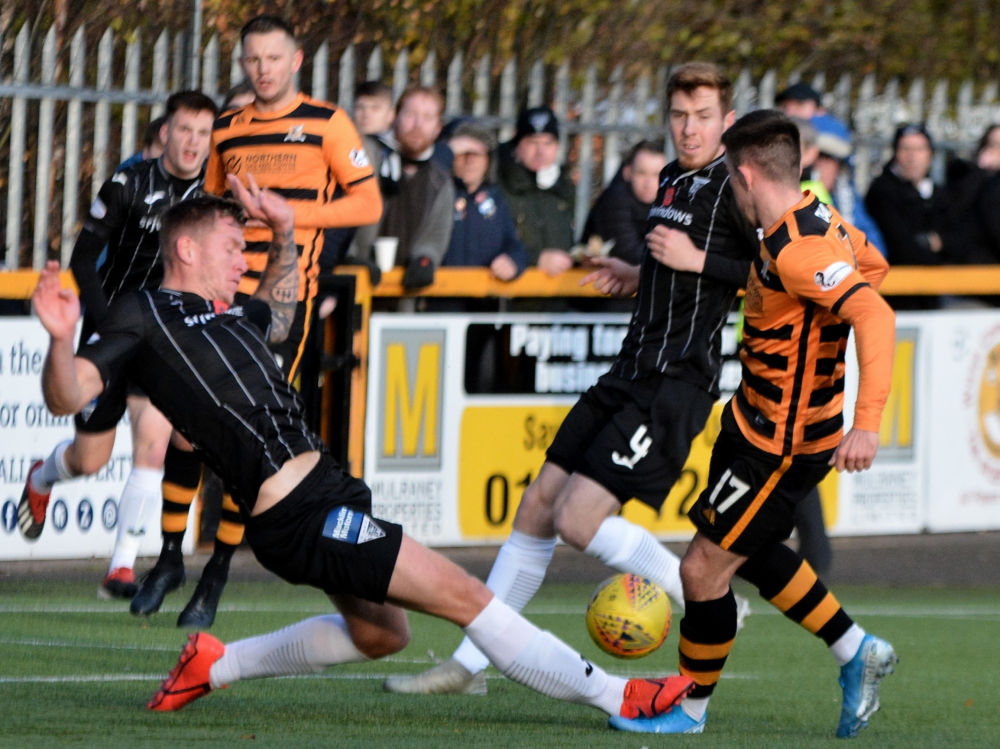 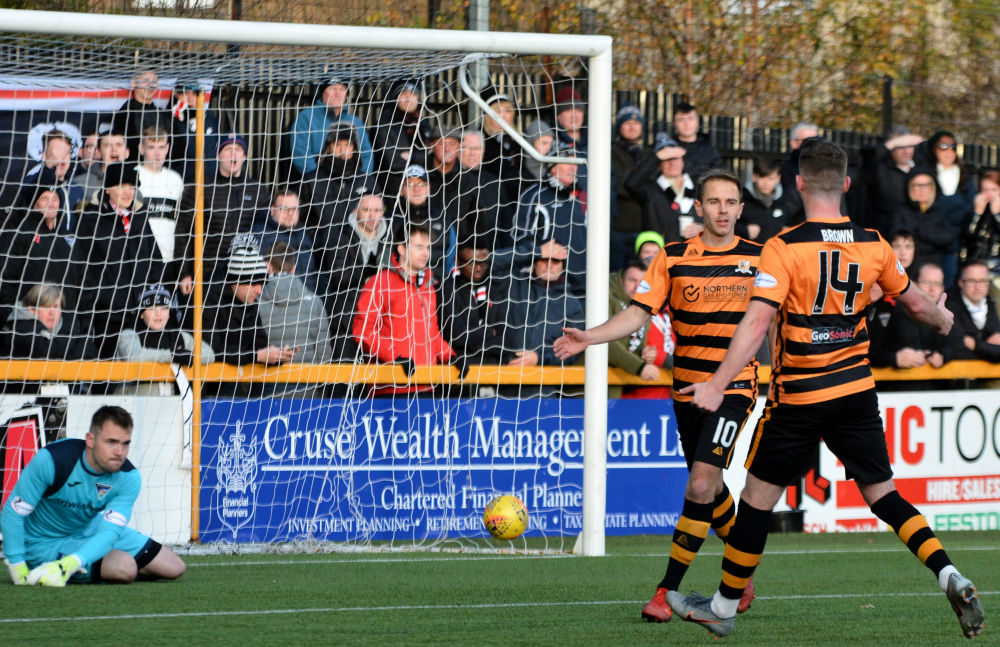 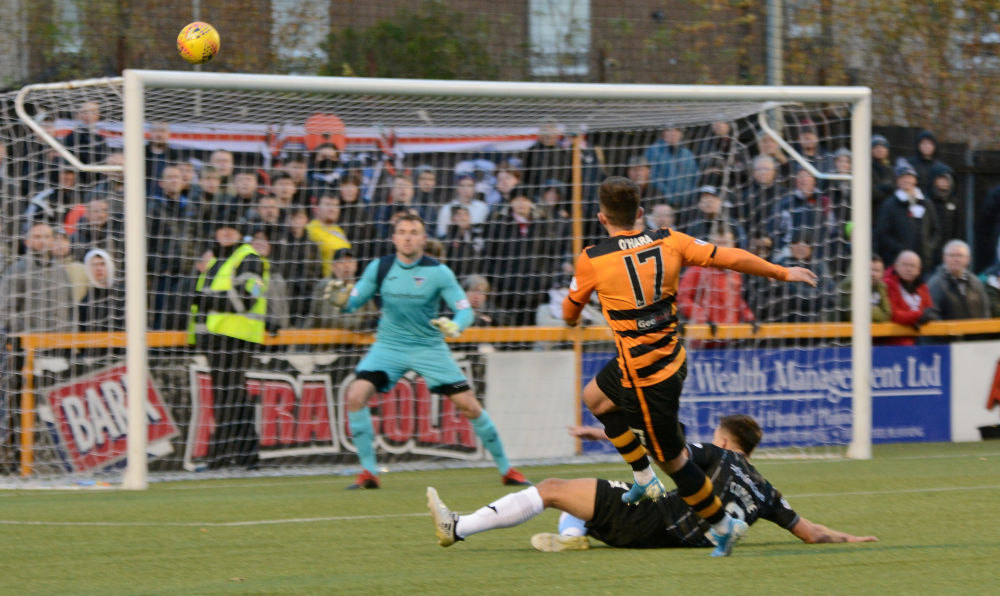 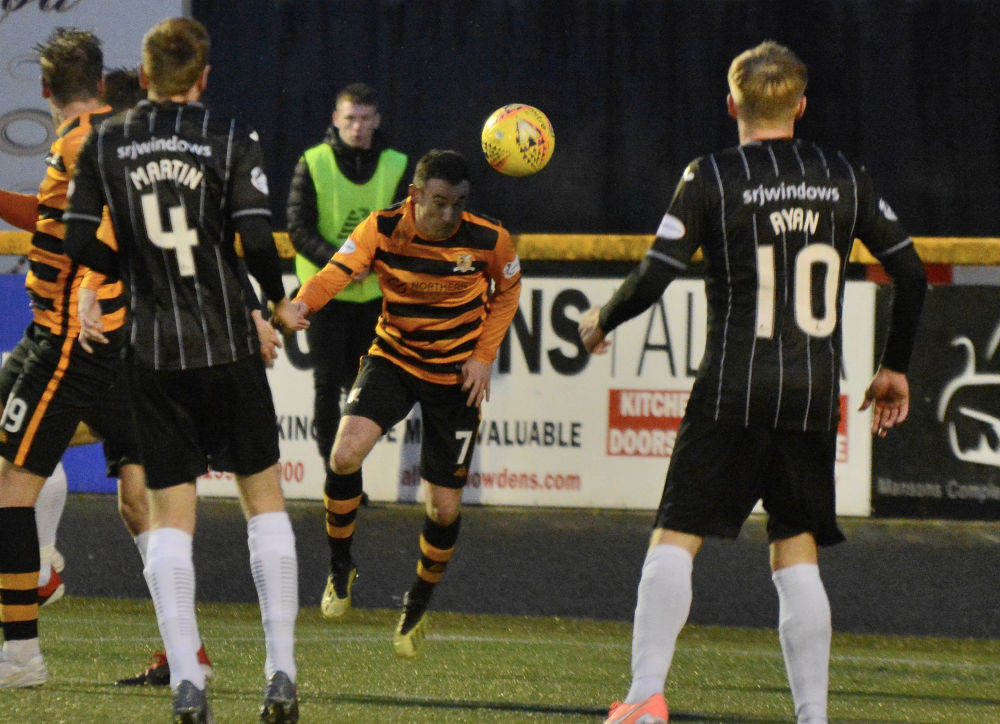 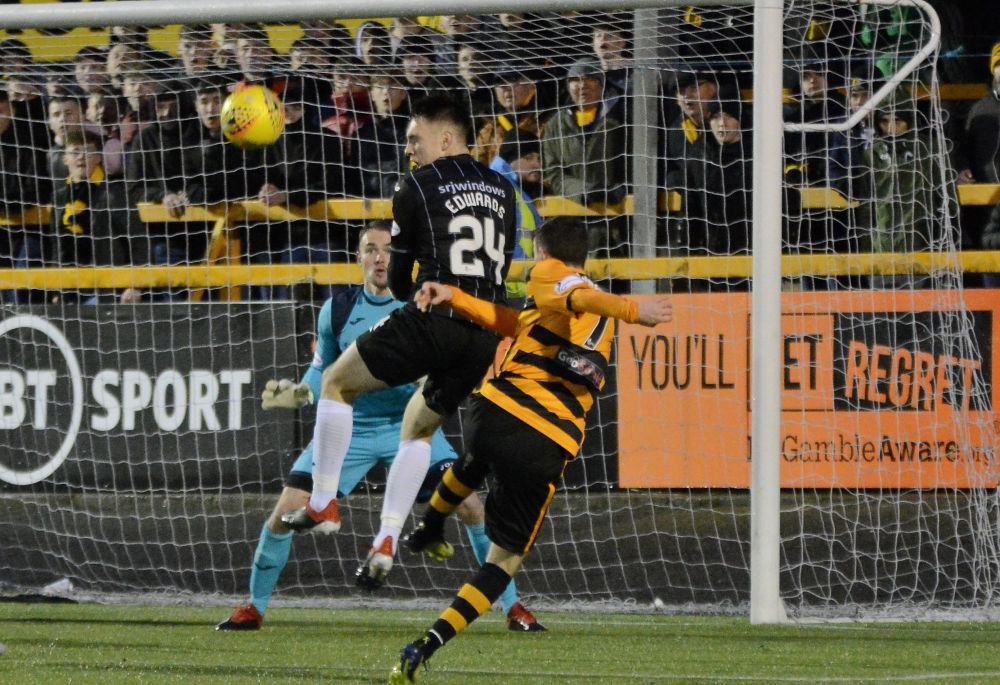 Kevin Cawley fires over the bar

peter grant after victory over dunfermline

Last week was a massive blow for us, I thought we played really well for 80% of the game but lost the game, and I thought it was the same thing this week again having dominated early on we moved the ball really well and it is a great credit to this group of boys because I think the way they play, even when they are not winning games of football, they are trying to do the right things and yes they have made errors and again it could have cost us again today by giving away a penalty from us having good possession then giving it away but it again shows the character of them.

Sometimes you have to win ugly and I think we need to give Robbie Thomson great credit today as well, you need to defend from the front and I thought he was brilliant when he came on and I thought that was a big plus for us. We have been struggling with injuries, Jon Robertson had to go into the middle of the pitch for the first time this season, Jamie MacDonald had to make some important saves and Andy Graham, typical performance and continued in the game when most players would have wanted to come off after suffering a head knock, all in all the performance, the result today is something we have richly deserved.

It is our first win in five league games, the difference between winning games and drawing is massive we had two draws in that time which turned into wins would have made a big difference, we like to play well but sometimes you need to win ugly as well and take the three points you have to do that at times and we have not done that often enough. There was a desire not to concede to-day, Dunfermline are a big strong side with excellent delivery and a front four who work you really hard and I thought we defended that ever so well, we also moved the ball well, even although we had guys playing in different positions for the first time this season and I think they deserve great credit today.