In cup competitions it is all about being in the next round and at East End Park on Saturday Jim Goodwin’s showed great character and will to win, in a game which was a far better spectacle than the 0-0 draw only four weeks ago in the league. Like last Saturday at Dumfries Alloa came out fast and were on top in the opening twenty minutes. Alan Trouten opened the scoring for “The Wasps” after only 8 minutes after Jon Robertson picked him out in the box and the experienced striker drove the ball high into the net with the aid of a slight deflection.

The early goal was no more than “The Wasps” deserved and it might have been 2-0 after 27 minutes but Kevin Cawley’s netbound shot was turned round the post. A minute later the home side drew level with a Louis Longridge equaliser and the home side finally had a foot in the game. Indeed on 35 minutes Andy ryan’s header looked to be heading for the top corner of the net before Neil Parry pulled out a fantastic save.

The second half was barely underway with people still getting back to their seats when Dunfermline Athletic were awarded a penalty when Andy Graham was adjudged to have pushed Louis Longridge in the box?
Dunfermline then had a period of domination of possession but not really troubling Neil Parry. Alloa kept looking for that opportunity and Kevin Cawley had a sot blocked after 68 minutes then two minutes later a long ball out of defence was missed by Danny Devine and Dario Zanatta got in behing the home defence and his cross in front of goal was bundled home by Alan Trouten for his second goal of the match and his sixth in cup competitions this season.

The Wasps then managed the final twenty minutes bringing on Adam Brown in midfield and withdrawing striker Connor Shields but at all times looking to hit on the break. This was the “Wasps” third penaly shoot-out of the season and they looked very confident as they stepped forward.

With the score on penalties 5-4 in Alloa’s favour and heading for sudden death, Aidan Connolly saw his penalty saved by Neil Parrry his 8th penalty save and the continuation of Alloa’s 100% record from penalty kicks this season.

The draw for the next round will take place on Tuesday 16th October with Quarter-Final ties to be played on weekend of Saturday 17th & Sunday 18th November, 2018. 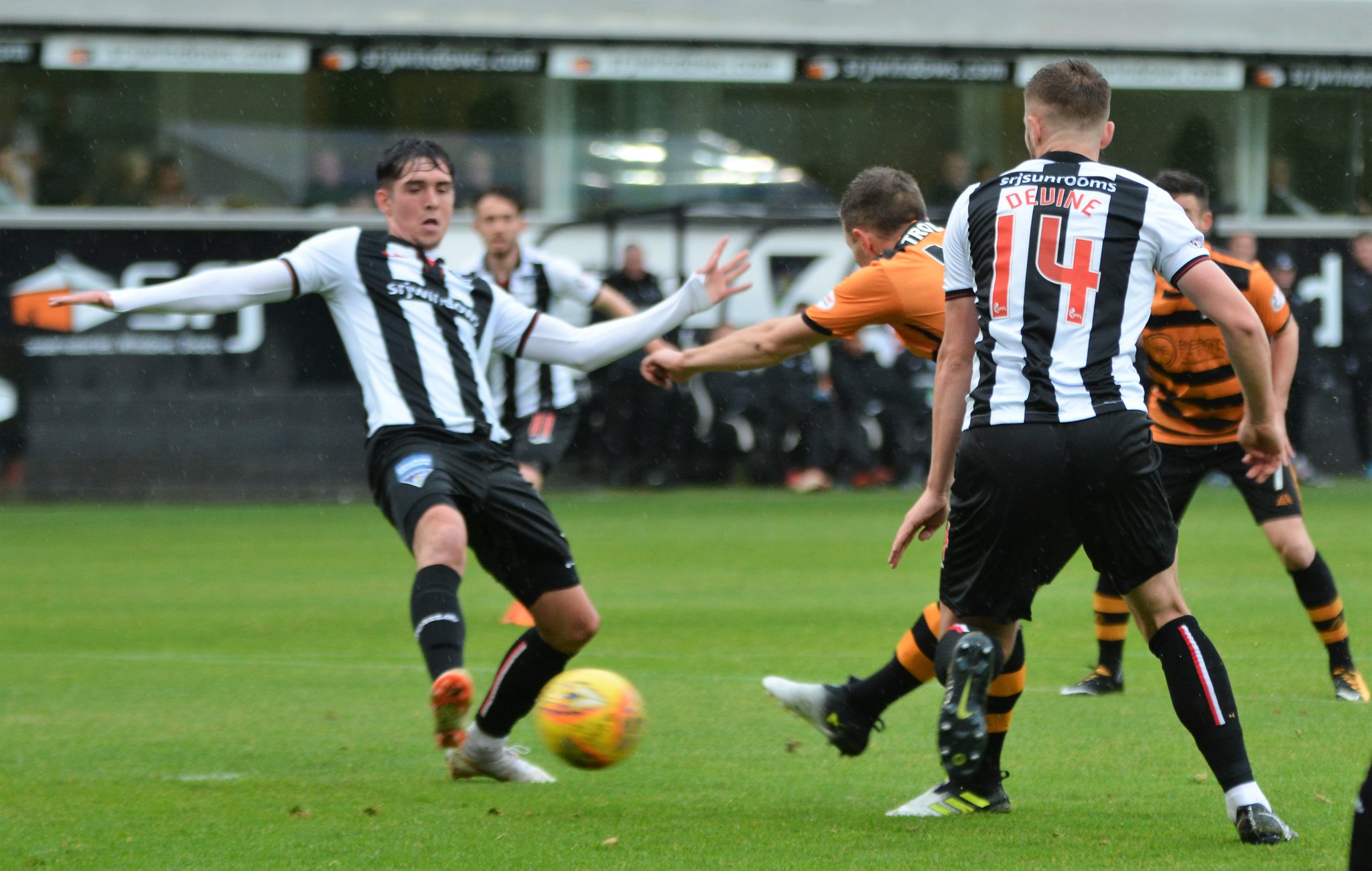 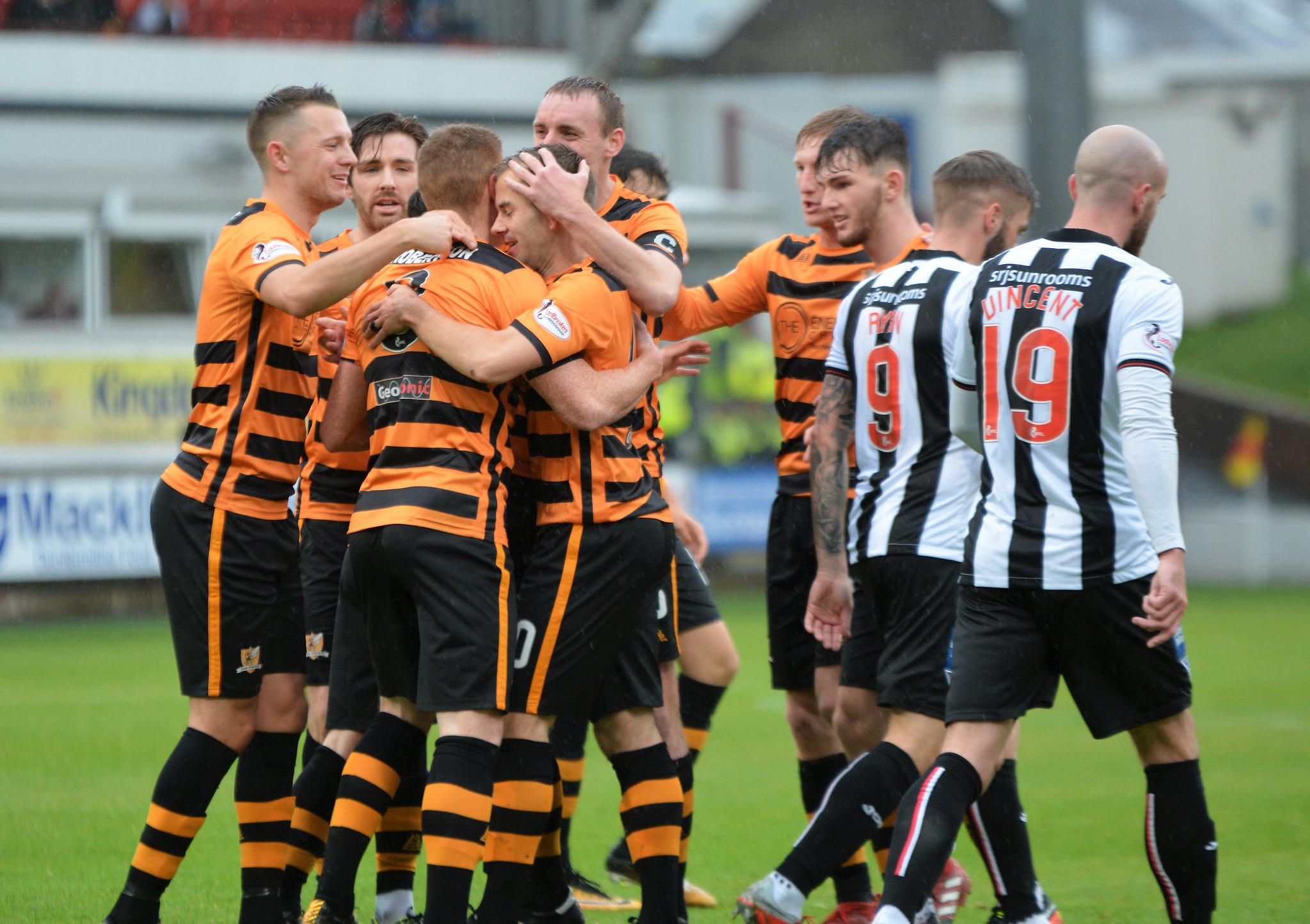 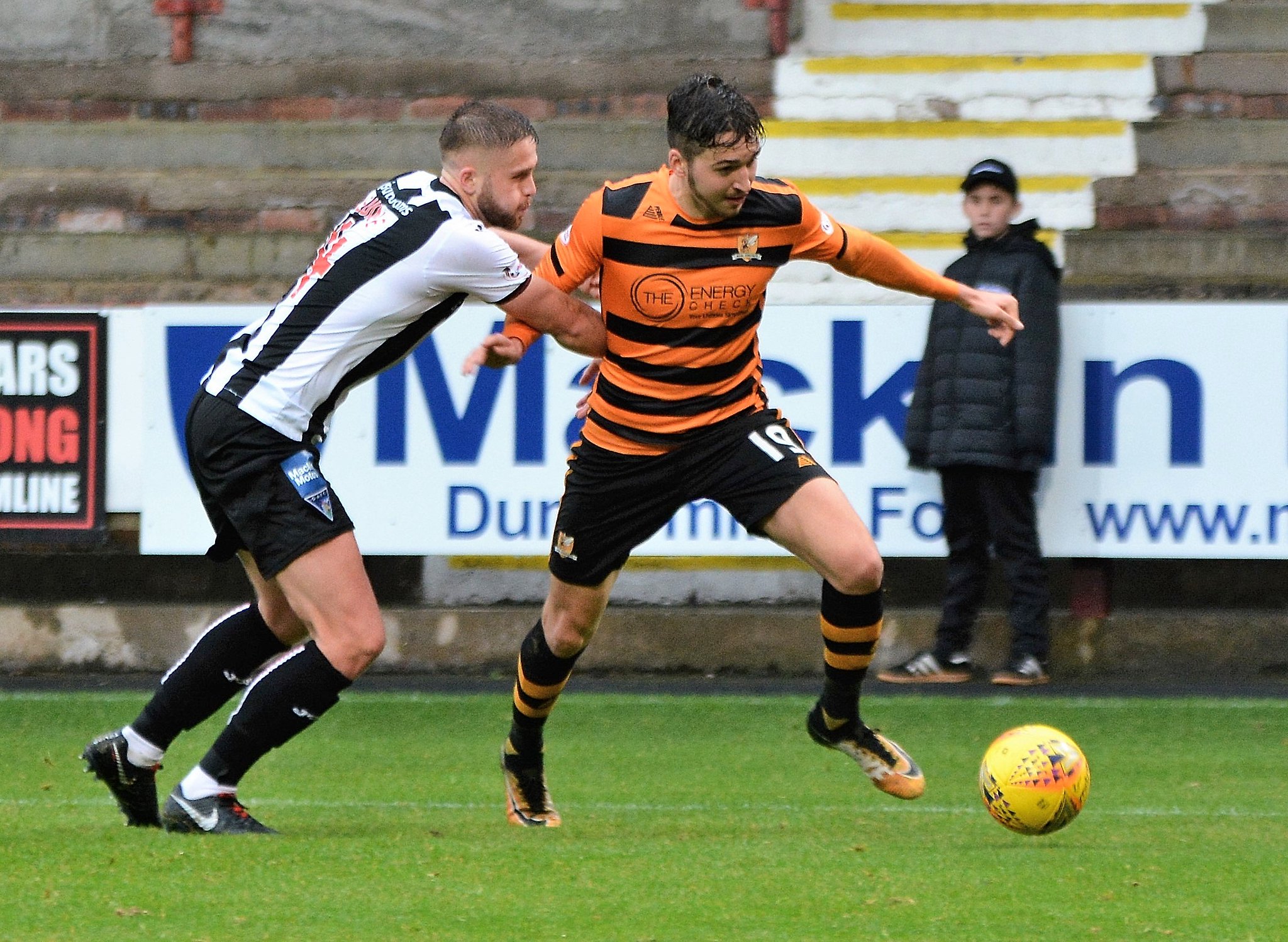 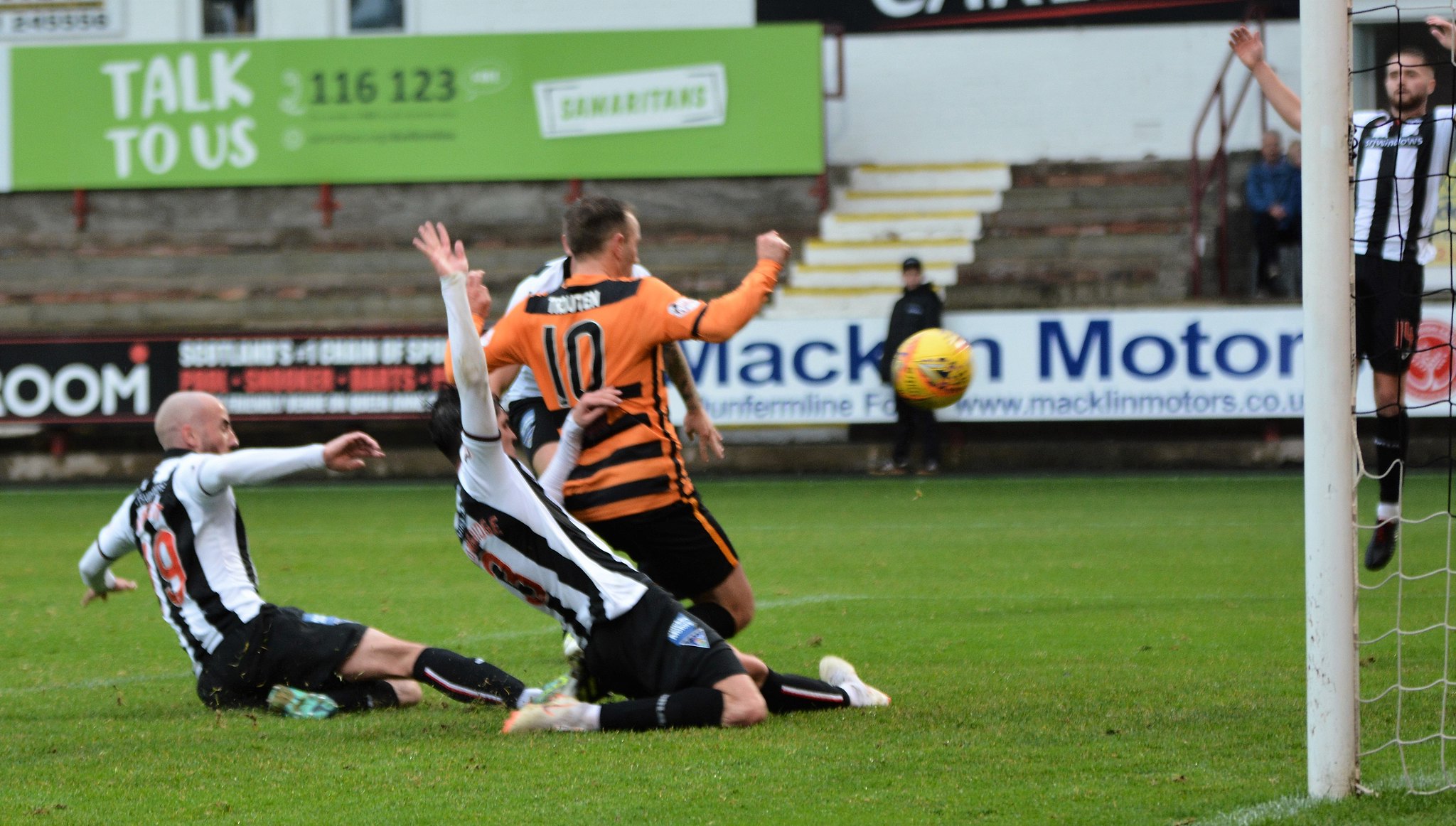 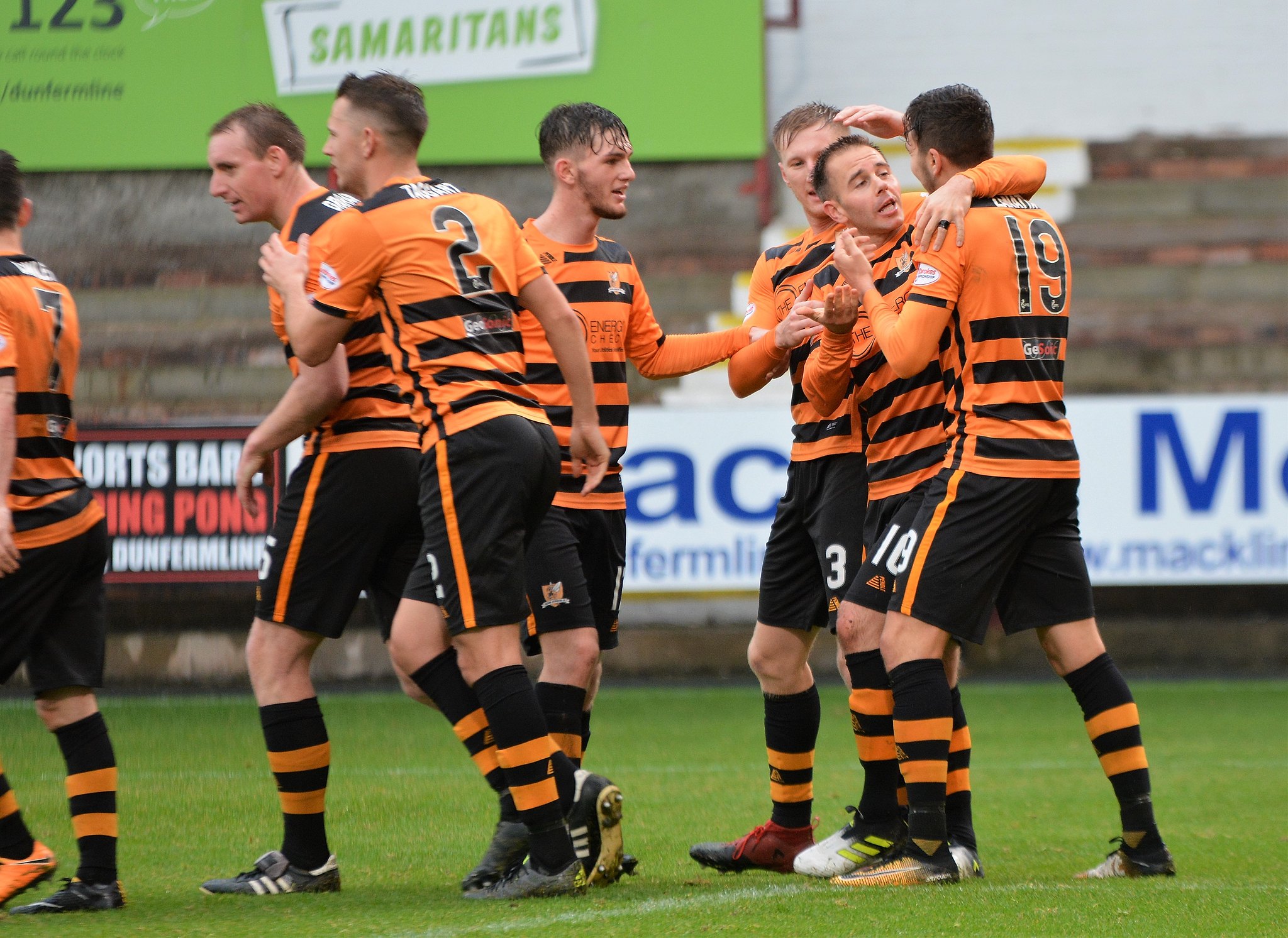 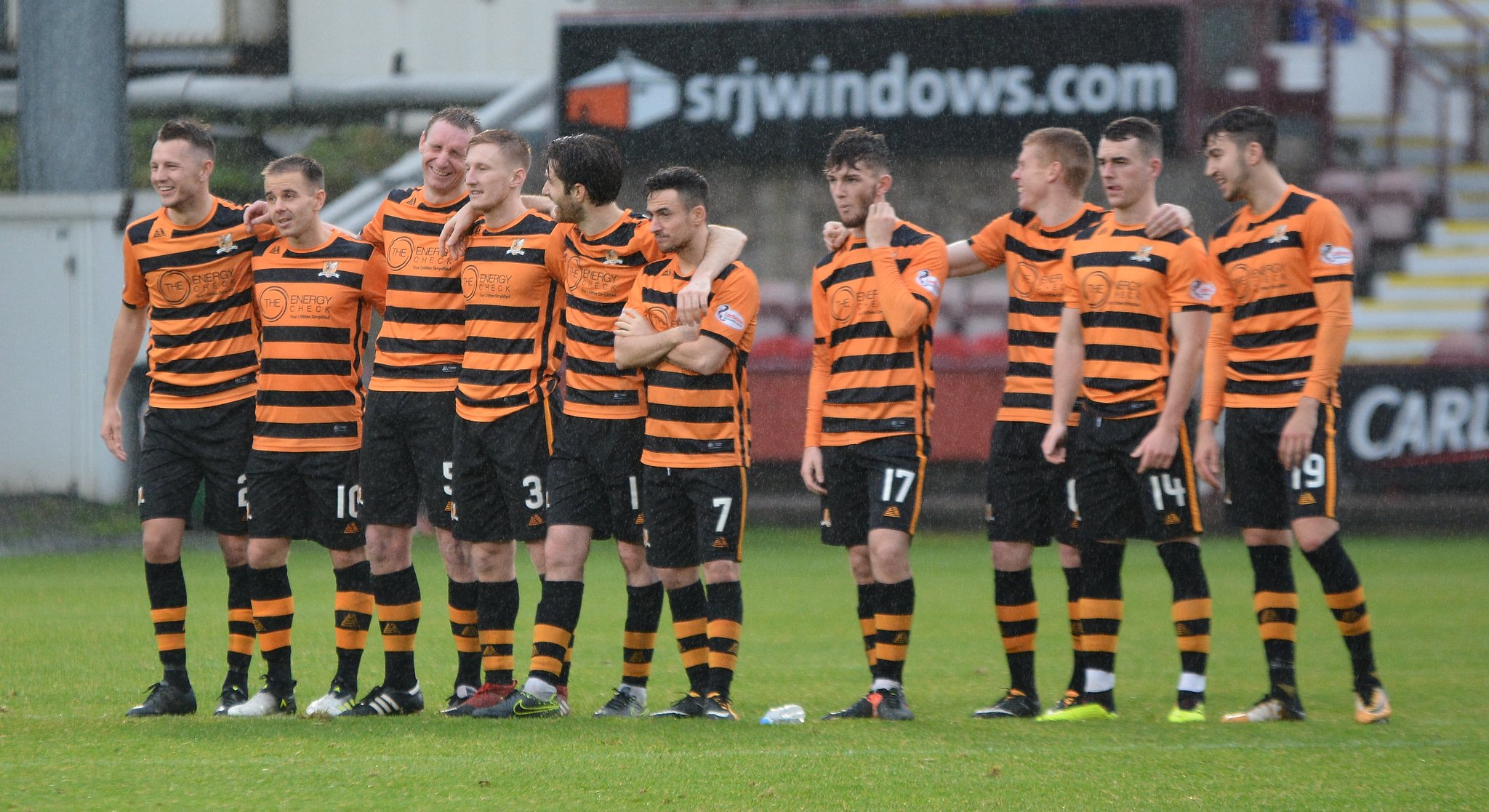 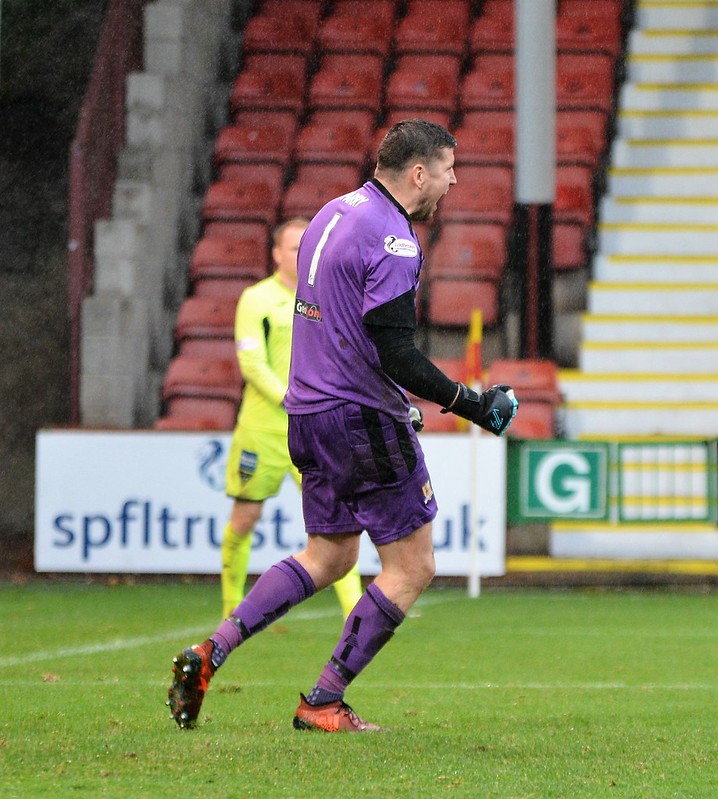 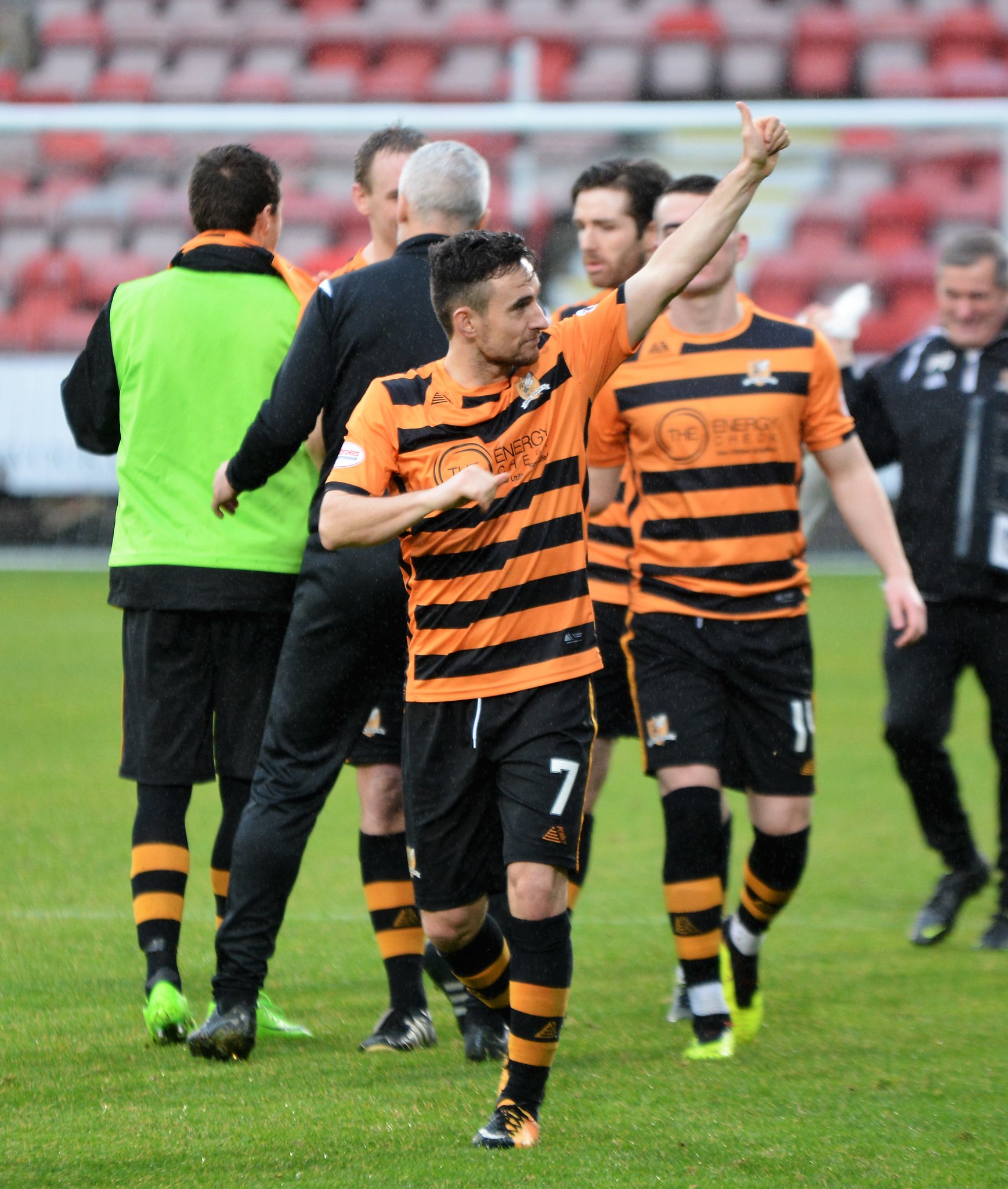 We’re delighted to be in the next round of the cup, when the draw was made and we looked at some of the teams that were left, we were unfortunate enough to draw one of the tougher teams without being disrespectful of anyone else, we knew today was going to be a difficult game we started the game really well and in the opening ten minutes we were on top, but Dunfermline are a good side and they came into the game and after they got their equaliser they dominated the rest of the first half. We had strong words at half-time and asked for a bit of a reaction in the second half and unfortunately within 60 seconds Dunfermline got their penalty and we were then 2-1 behind. The players character can never be questioned which is great credit to them, at 2-1 you are always in the game and we fancied ourselves to get another chance. Dario Zanatta did fantastically well down the left hand side put a great ball across the face and Alan Trouten was in the right place where you would hope he was going to be. I was always confident when it went to penalties, the quality of the penalties was absolutely frightening with us scoring something like our last 20 in a row, Big Neilly does what he does best, he always comes out with at least one save in penalty shoot outs.

We were pleased to take the game to penalties, it was a bit of a strange second half with Dunfermline on top for the opening ten minutes then we had a wee spell around the hour mark before Dunfermline again finished the game strongly as you would expect, making decent changes by bringing on a bit of pace and energy, at that stage in the game we were probably thinking let’s just get to penalties so we changed our formation and sat a bit deeper and managed to see the game out, but as has been said it is a bit of a lottery but we are delighted to be in the hat. In a cup competition you have to look for a way to win and the lads did that.

Every game at this level is difficult and next week we return to the League where we are a due a victory, our opponents Partick Thistle are without a manager but this may change before kick-off next Saturday, but we need to concentrate on what we can control and I will have a fully fit group of players next week, Stevie Hetherington will come back into group and we will get all the loan players back who were cup tied for today which creates great competition for places again.

Today showed once again to win our third penalty shoot out of the season just what great bottle the players have with tons of self belief and as a group they are a very confident bunch and that’s what’s going to keep us up this season.