“The Wasps” were looking to bounce back after their disappointing defeat to league leaders Ayr United in midweek, but it was a game against Dunfermline where it was obvious the first goal was going to be crucial.

Once again Alloa started brightly in the game and created the best chances, not just half chances but as in recent games just needed to be more clinical in final third.

Greig Spence returning to the side up front was so unfortunate not to open the scoring when his net bound shot was cleared off the line at the last moment and Alan Trouten was later denied by the legs of keeper Lee Robinson, when the shot in front of goal hit the keepers legs. Alloa had created the better chances but couldn’t get the elusive opening goal.

Dunfermline Athletic took the lead on 69 minutes when Jackson Longridge scored with a stunning strike and the breakthrough and all important opening goal giving them a platform.

Once again for “The Wasps” it was another game which on another day they could have collected the three points. Anyone who was at the game can see we have good players who have shown they can compete in this league. Although the result was disappointing there were plenty of positives to take from the game. 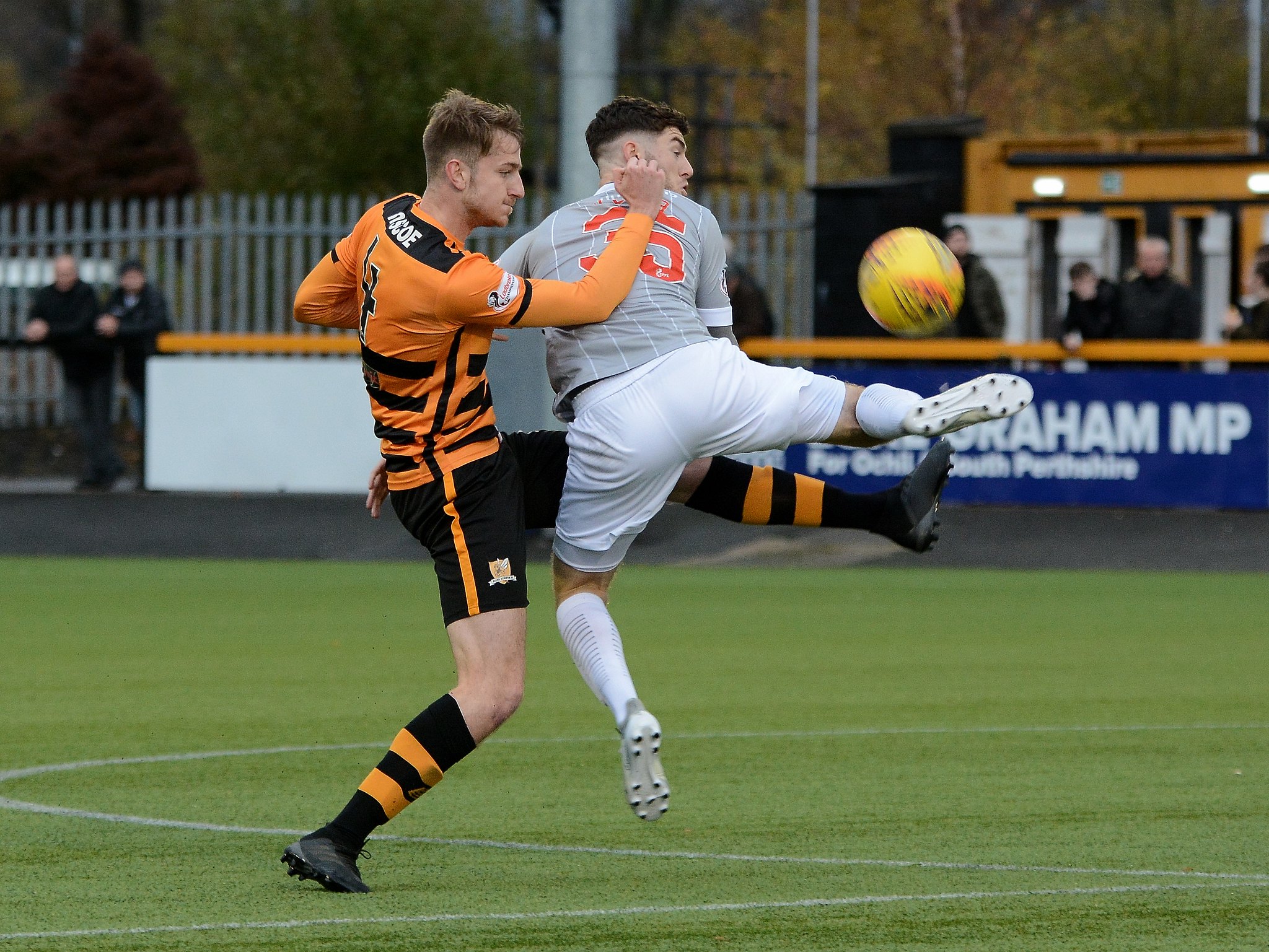 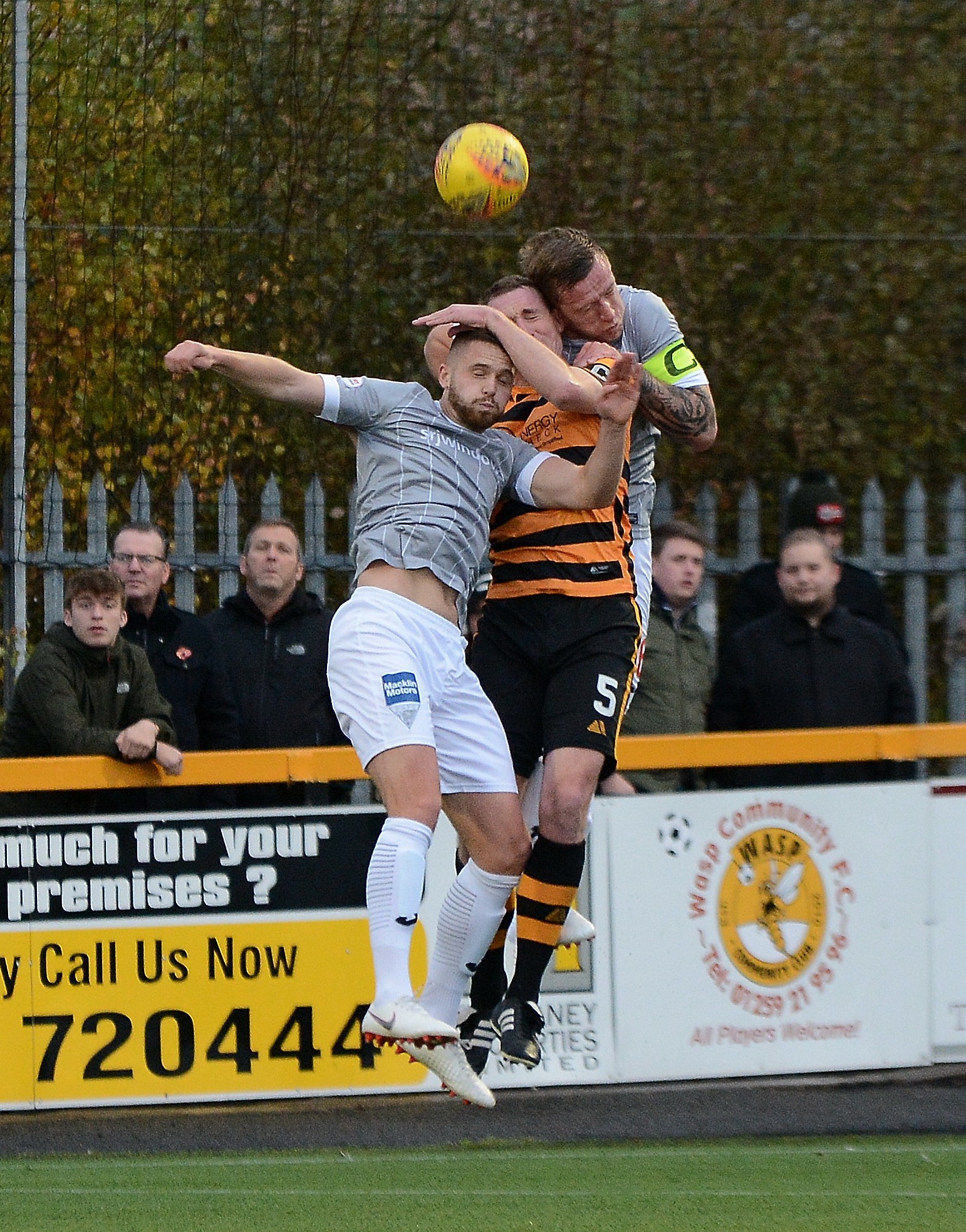 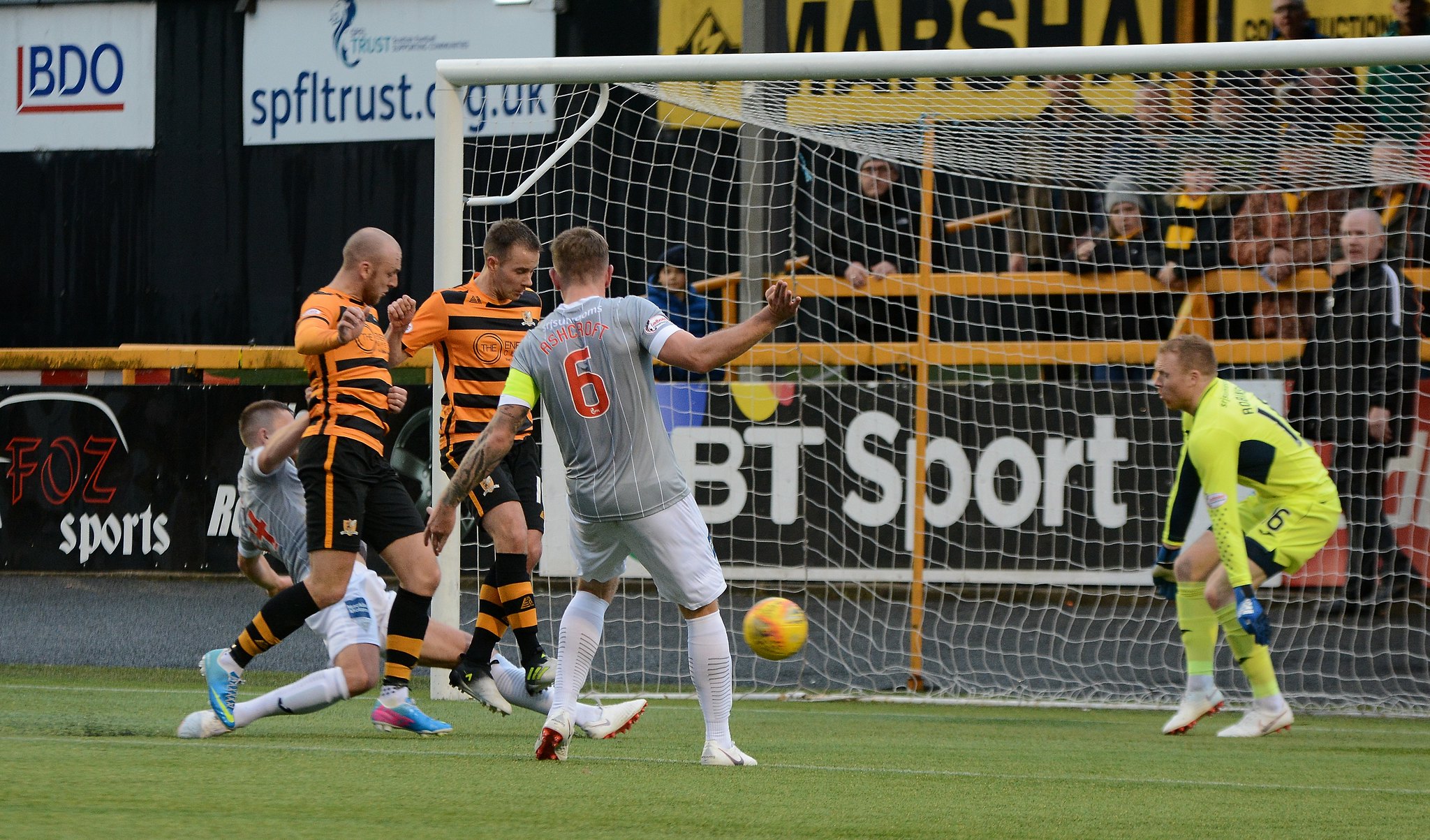 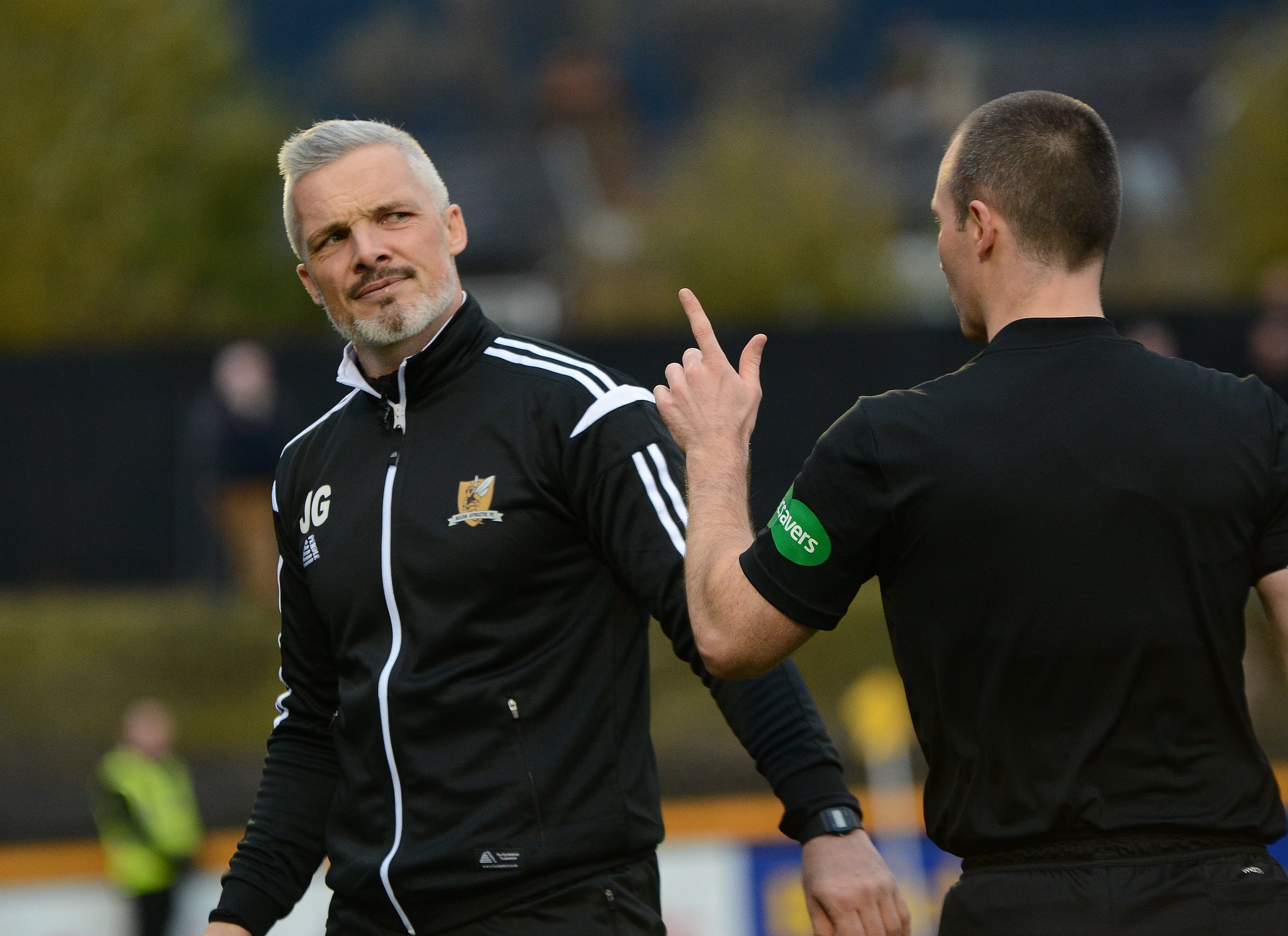 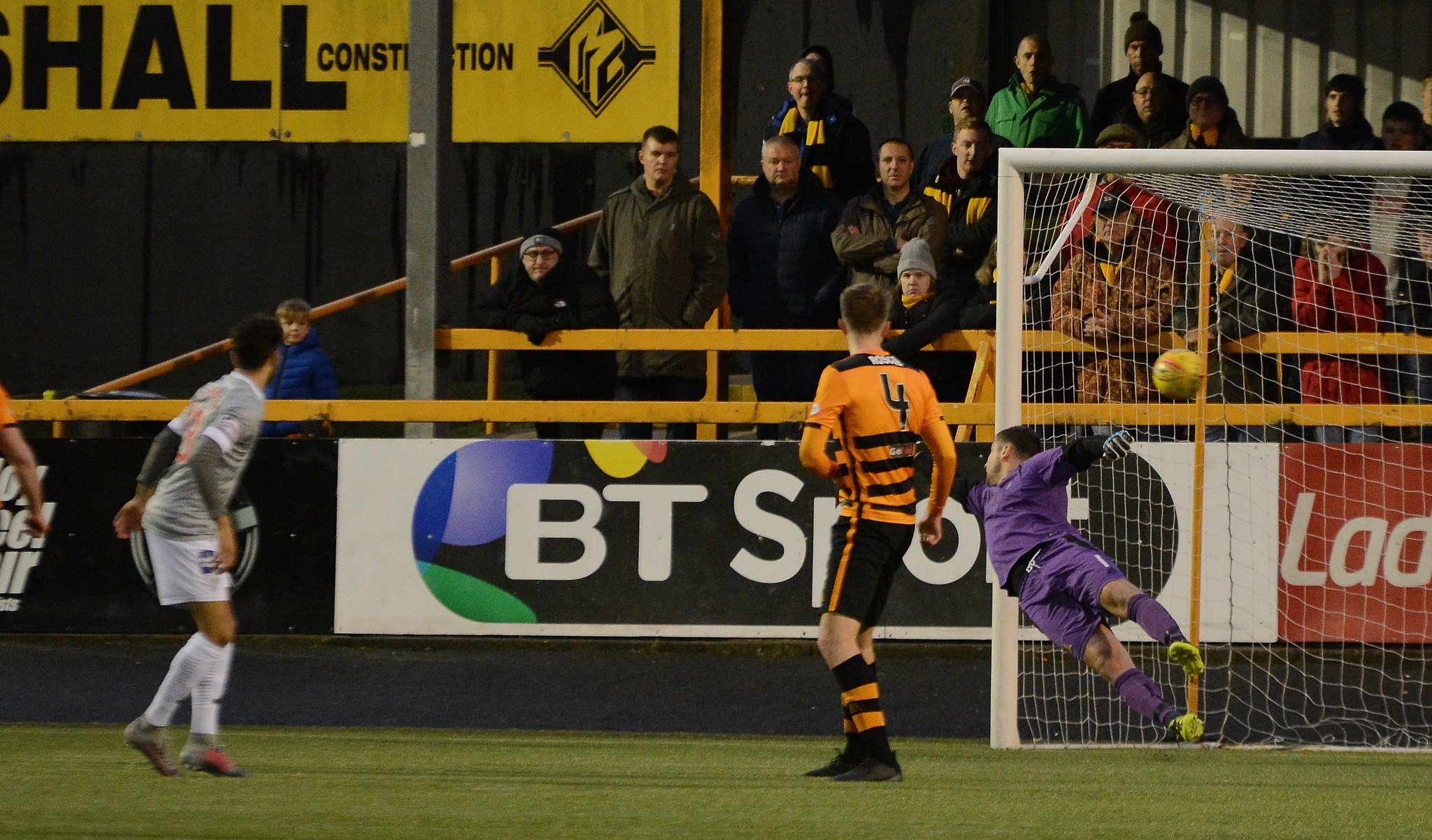 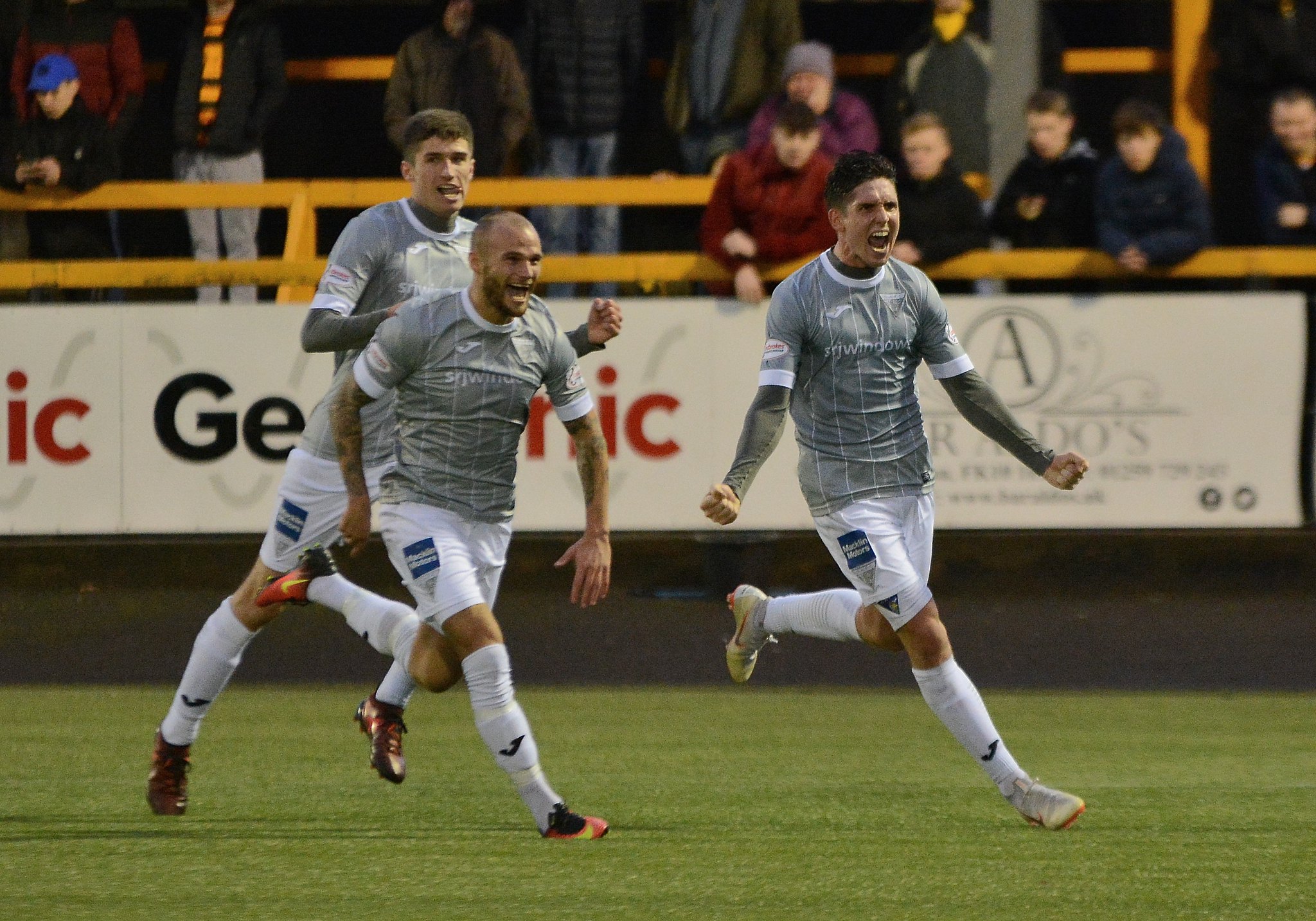 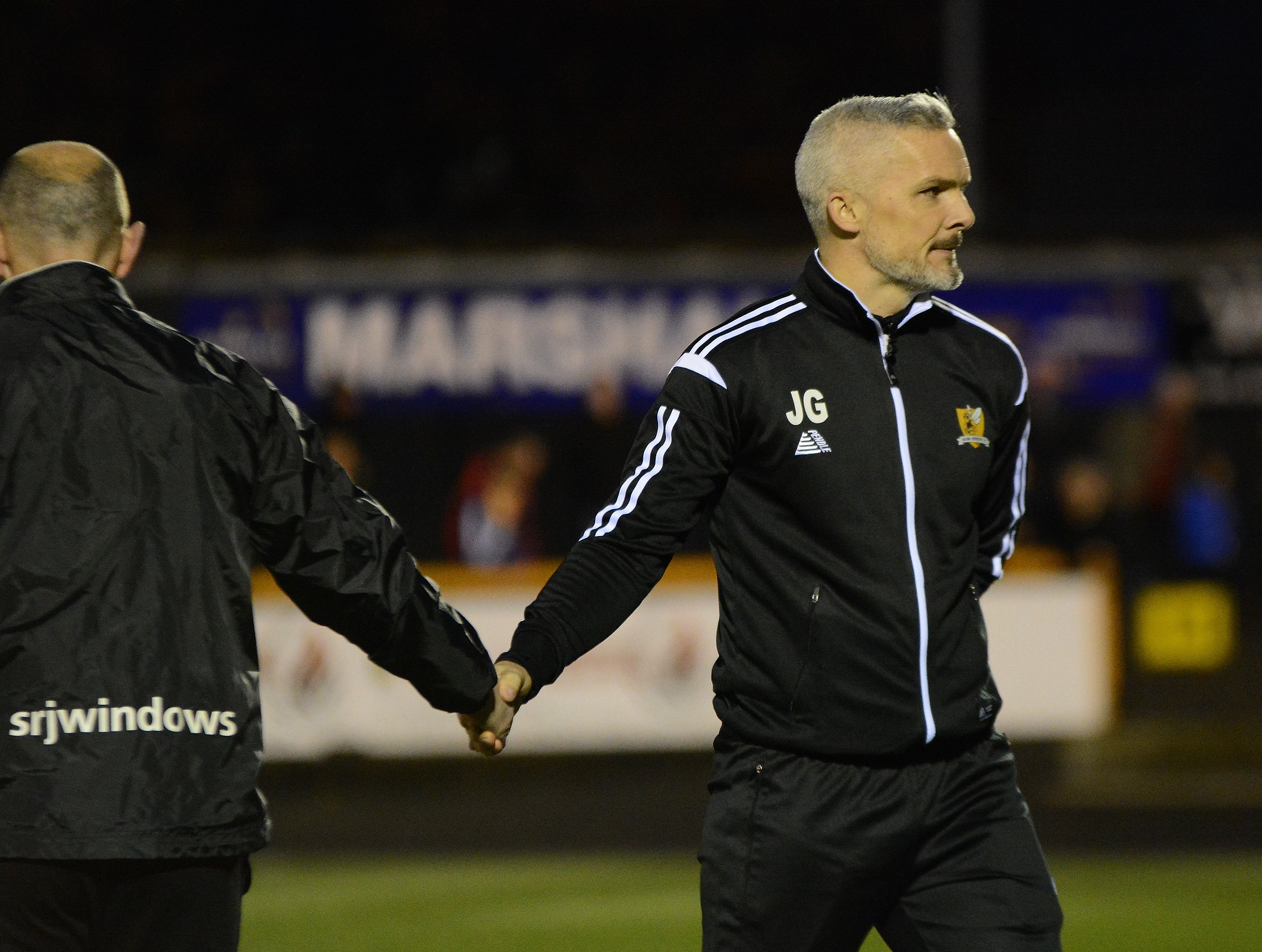 The result is not great, it is not what we were looking for and it just shows you how important it is to take your chances. At key moments in the game we had two fantastic opportunities to get ourselves in front, one cleared off the line from Greig Spence and then the goalkeeper makes a great save from Alan Trouten. Goals at this level are massive, the first goal at this level is huge, Dunfermline got in front and you can see how they could hang on and see out the three points, but I believe if we had got the first goal today we would have won the game but it wasn’t to be.

I thought in the first half we were the better team, you don’t get too many clear cut opportunities at this level and that’s been a problem for us this season, that when we get into good positions and we get good opportunities we have to be more clinical, it’s a simple as that. We should have been going in at half-time two nil up and comfortable, but at 0-0 we always expected Dunfermline to get an opportunity, albeit the goal they scored is a fantastic strike from Jackson Longridge 20 yards out into the top corner, fair play to him for taking that on, the game could have easily played out to a 0-0 draw. Dunfermline did get more opportunities in the last ten minutes due to fact we were committing more bodies forward, but other than that there was nothing between the teams.

Ian Flannigan is a big player for us he gives us that bit of composure in the middle of the park but I thought Robbo and Stevie were excellent and I don’t think we lost the game because Flanny wasn’t playing, I have a decent squad and with Flanny being out it was an opportunity for Stevie to get back into the starting eleven, Ian has a slight tweak to his back but hopefully he will be back available for Morton next Saturday.

I don’t think there is a great deal between a lot of the sides, Ross County and Dundee United are big clubs at this level with massive budgets, so we expect them to be at the top end, Ayr United have down absolutely fantastic catching everyone by surprise but the rest of us we have went toe to toe with every other team and we have not been hit for a four or five goal defeat at any point throughout the season. We had a bad night on Tuesday down at Ayr but again 3 -0 flatters Ayr losing a goal in the 97th minute. I keep saying to the boys we have absolutely nothing to fear. We have doubled the points tally gathered by Brechin City all last season, we have a Quarter-Final of a cup to look forward to and we are not sitting bottom of the league and everybody expected us to be sitting bottom of the league and a drift from everyone else, we are a point behind Partick Thistle and four points clear of Falkirk at the bottom of the league as disappointed as we are today and with some of our recent results there is still a lot of positives to take and we are only a third of the way through and I think we can get better and that is a good thing for us.