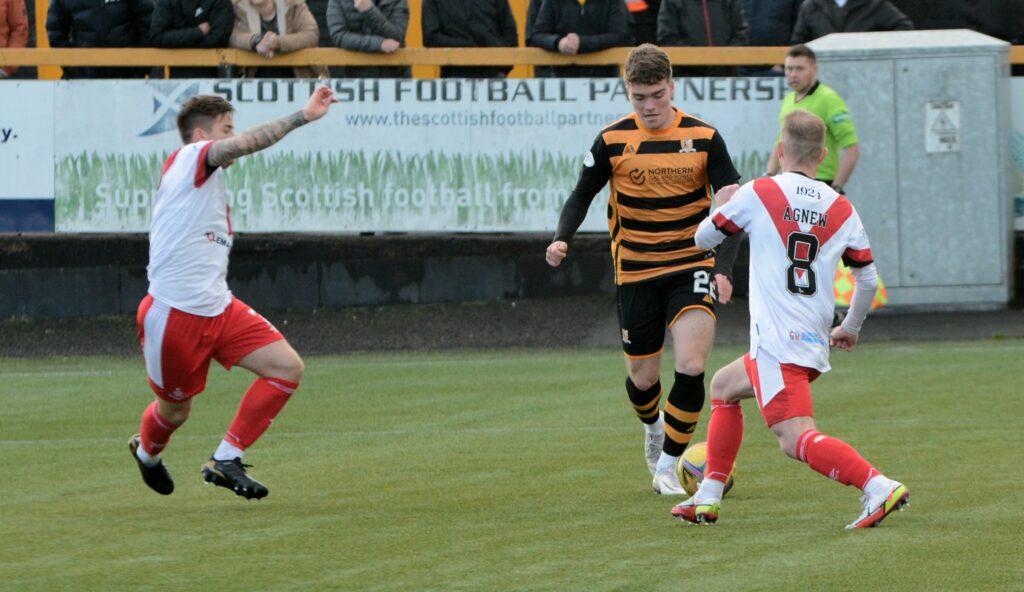 Alloa bagged another reputable victory over promotion hopefuls Airdrie in a professional performance at the Indodrill.

It was a strange teamsheet with the absence of the incredibly versatile Robertson with Mouhamed ‘Sena’ Niang taking over his jack of all trades title by starting at his left back berth. Henderson came in for Sammon and Hutton returned for Wright from the pleasing win at Firhill over Queen’s Park.

The game took time to come alive with Airdrie shading the early period but Euan Henderson lit up the match after a driving solo run and firm finish broke the deadlock after 33 minutes.

What followed was a ding-dong battle between a probing Airdrie and a counter-attacking Alloa. Craig Watson almost equalising but for an inspired David Hutton while Alloa sliced open the Airdrie back line at the other end and were only denied by the woodwork after Taggart’s missile cross was redirected goal-wards by Kevin Cawley.

Alloa would snap in a second after Boyd headed onto Henderson. The on-loan Hearts striker seemed to waltz into the box, wait and wait but then placed it beyond the Airdrie keeper to double the advantage and add to his impressive League 1 goal haul.

Alloa continued to pass up some cutting attacks but eventually an Alan Trouten misplaced pass on the edge of his own box saw Fordyce smash a deflected effort into the bottom corner. A nervy 5 minutes ensued but Alloa proved no pushovers as Airdrie failed to find the vital goal. Just 4 points from the League leaders now, Alloa are climbing.