“The Wasps” will look back at this game knowing they had a great opportunity to win at Dens Park and will feel aggrieved that they left empty handed. Fine margins can decide the destiny of victory and on this occasion the opportunity to draw level after 51 minutes with the penalty kick which was saved was to be crucial.

Losing an early goal in the opening minute was not ideal but the response from the players was immense, playing the better football in the first half. After ten minutes Liam Dick was to score his first competitive goal for the club, initally heading the ball before it broke lose and he shot low into the bottom corner of the net.

Eleven minutes prior to half time Dundee took the lead for the second time in the match when Jordan McGhee scored at the back post. The relief was seen all round Dens Park, coming off the back of a couple of defeats the home side managed to edge in front.

Alloa played some fantastic football but the bottom line is they need to stop giving away cheap goals. The players character can never be questioned but in this game Dundee at times were holding on and can count themselves fortunate to collect the three points.

Alloa were given a great opportunity to equalise in the 51st minute after Kevin Cawley had been fouled in the box, the ever relable Alan Trouten on this occasion had to watch as home keeper Jack Hamilton saved his effort.

Alloa’s new emergency loan keeper Jamie MacDonald did well on a couple of occasions with brilliant reaction saves. Alloa were still creating chances, Liam Buchanan passed inside to Alan Trouten who tried to set up the on rushing Kevin O’Hara but he was blocked out. The final chance in the closing minutes fell to Robert Thomson but he dragged his shot wide of the target.

This is a game Alloa will look back on knowing they didn’t deserve to lose but must be more clinical when the opportunites arise. 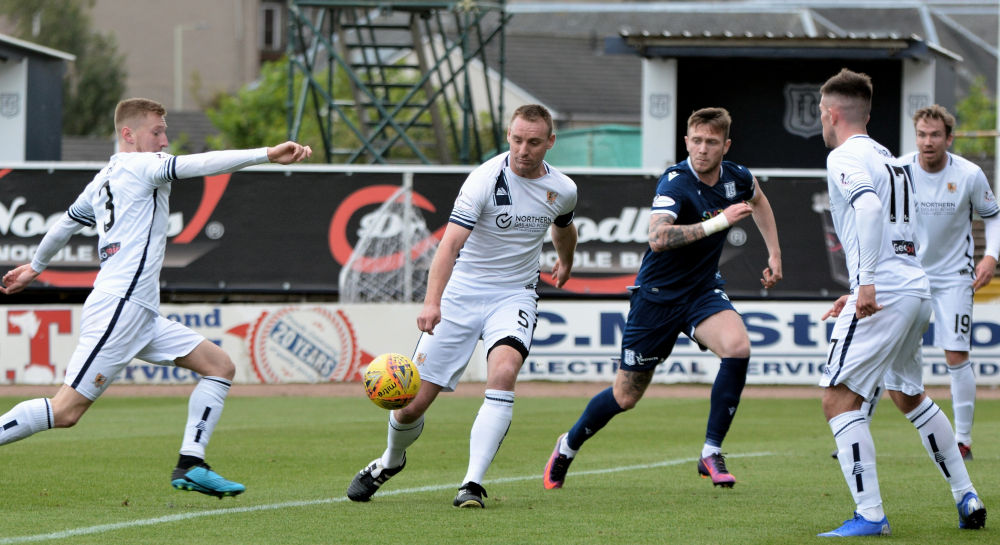 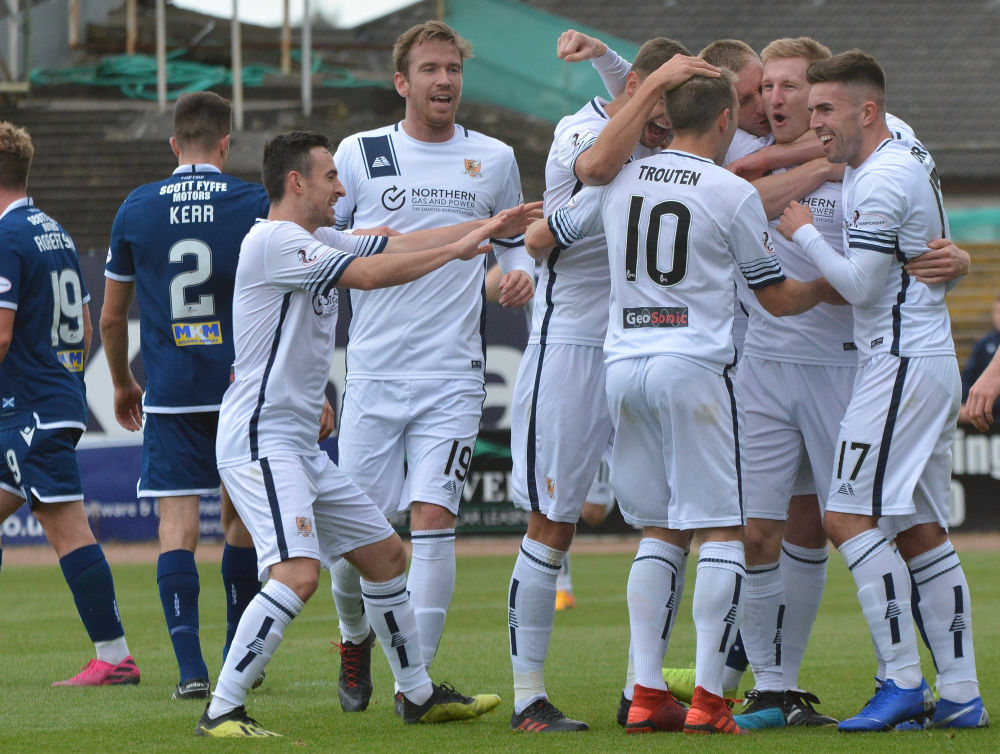 Jordan McGhee puts Dundee back ahead 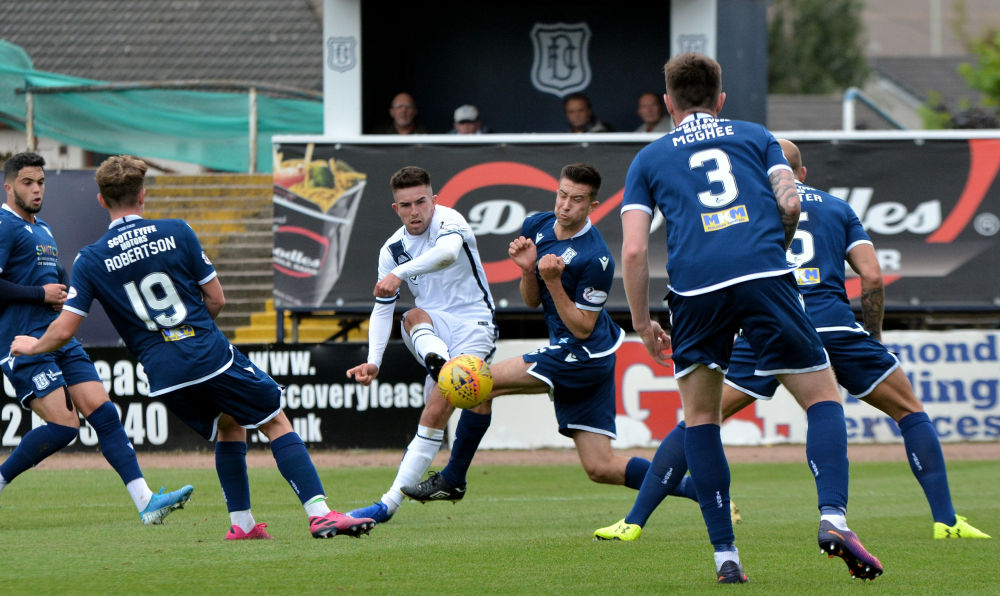 Kevin O'Hara is crowded out but gets away his shot 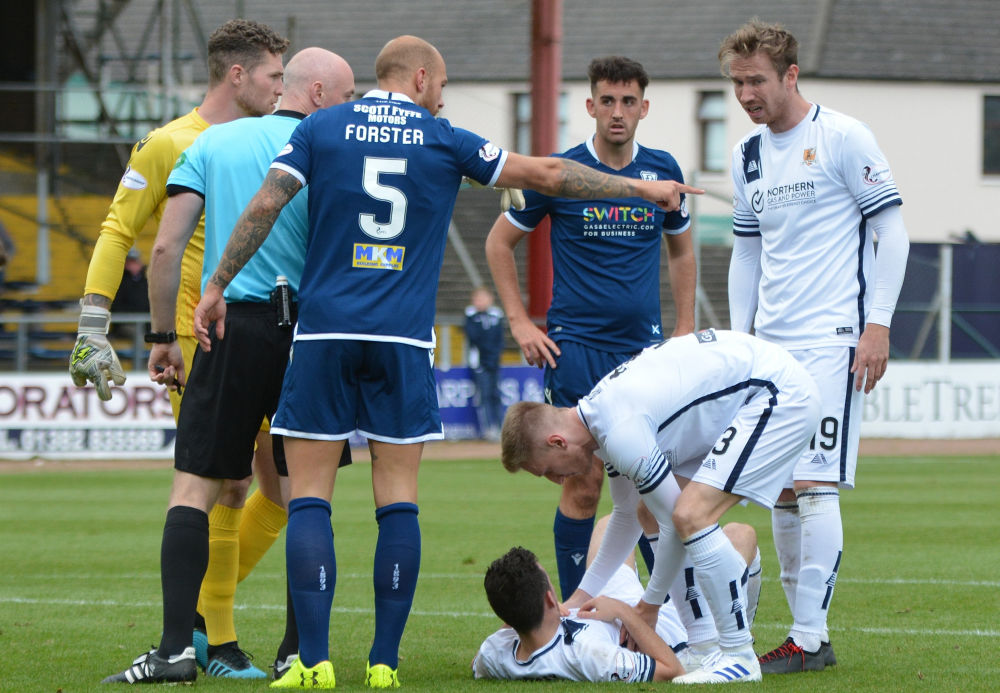 Kevin Cawley is fouled for the penalty 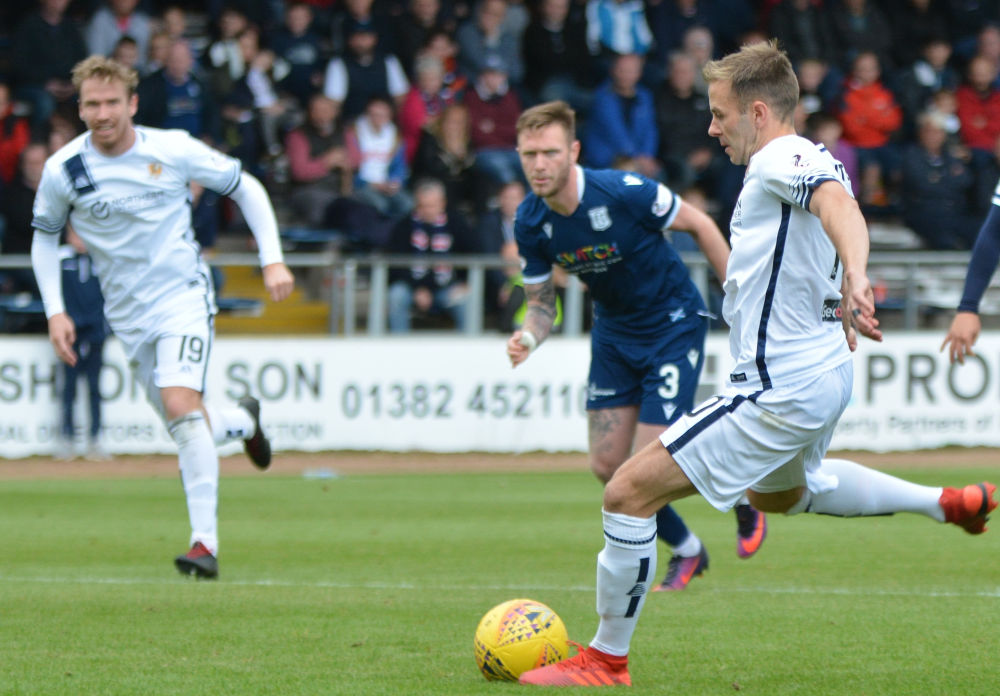 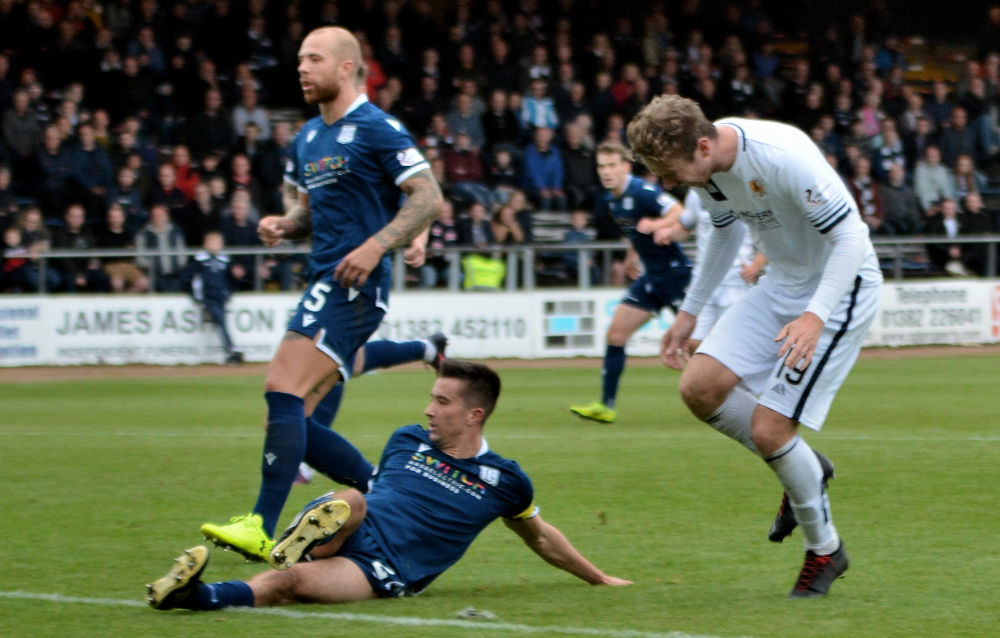 It’s great when you come to somewhere like Dens Park and are disappointed, certainly Jamie MacDonald has made a couple of great saves but I thought we played a lot of good stuff. We are obviously disappointed in the goals we conceded, the second one was a bit dubious because I thought Andy Graham cleared it really well and I thought we could have had a free kick for it, but I don’t like to complain about that, when we have lost a game, that is alright to complain about when you win, so I don’t want to go down that road.

I am very proud of the boys, I was just saying I am more disappointed for them because coming to places like Dens Park I thought we showed how good a team we can be, we had a good chance to equalise with the penalty, but Alan Trouten, who has been outstanding for us and has scored some magnificent goals throughout his period with Alloa Athletic, he is more disappointed than anyone, but I genuinely believe if we had scored at that time we would have went on and won the game that’s how fine the lines are in this league.

We knew Dundee are a good side with good players and can hurt you and we weathered a wee bit of a storm at the start of the second half. The weather was a bit indifferent for both teams, in the first half with the wind either for you or against you, I am always not sure which is the best thing for you at times, the ball was running away from us at the start of the second half but once we got a grip of it we showed a lot of good stuff and character coming away from here and being disappointed really sums it up.