Victory on Tuesday night against Arbroath was massive, it now brings us only one point behing Partick Thistle and only four points seperating teams from tenth to fifth in the league table.

This was a game the first goal was going to be so important and on the evening Kevin O’Hara proved to be the difference between the teams with a “Man of the match” performance. Kevin’s first goal after 24 minutes was after a succession of Alloa corners, Robbie Deas headed towards the goal and Kevin O’Hara pounced to open the scoring.

Arbroath tried to hit back immediately and Bobby Linn had to watch his shot from the left wing come back off the Alloa crossbar. Two minutes later Kevin O’Hara increased “The Wasps” lead his pace and finish was a joy to watch, 2-0.

Alloa were rampant at this time and that man O’Hara nearly rushed on to another long clearance with Derek Gaston making a last ditch save and five minutes later coming in from the wing watched as his shot went into the side netting.

In the second half Arbroath came more into the game and had plenty possession but Alloa defence stood firm. Five minutes from the end Liam Buchanan tried to increase the scoreline but keeper Derek Gaston made a fantastic save.

Kevin O'Hara (No. 17) knocks the ball into the net 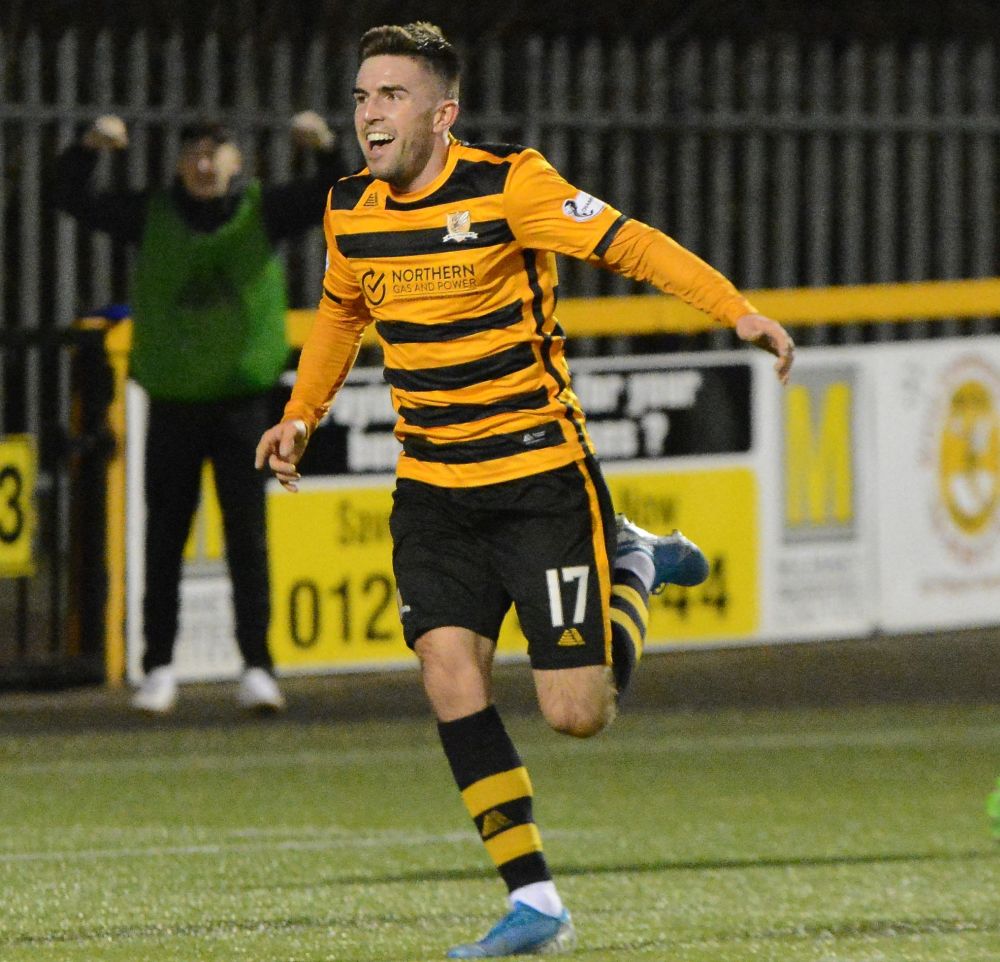 Goal number eleven for the season, so far! 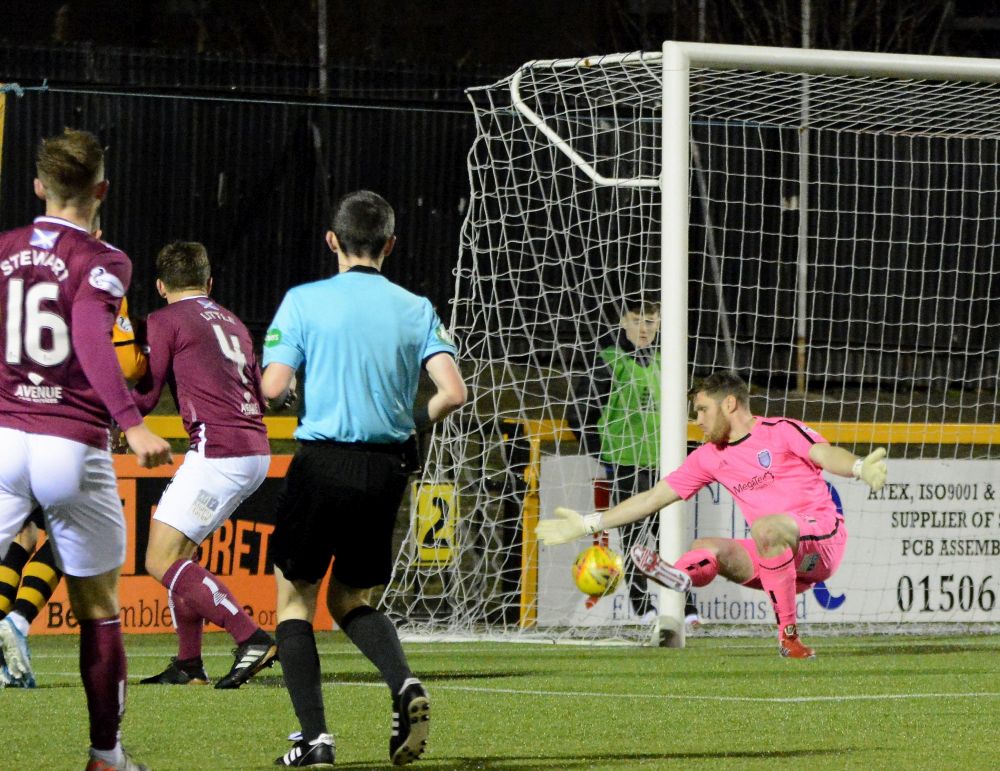