Disappointingly “The Wasps” once again gave themselves a mountain to climb by going down two goals before half-time for the third game in succession. Manager Peter Grant saying “We cannot afford to give the opposition a start, losing two goals when we were in possession, I know the quality we have and knew we would come back but we can’t keep pulling out all the stops after falling behind”

Bobby Linn put the home side ahead after 16 minutes, Robbie Deas then went close at the other end with a header which bounced over the bar. Ex Wasp Luke Donnelly then doubled the home team advantage scoring at the back post.

Alan Trouten pulled a goal back for “The Wasps” when he ran through and slid home his ninth goal of the season.

“The Wasps” played some fantastic football in the second half and always looked like we would get another chance to at least equalise.

The best opportunity fell late in the game to Jon Robertson, but with the goal at his mercy his effort went over the bar. 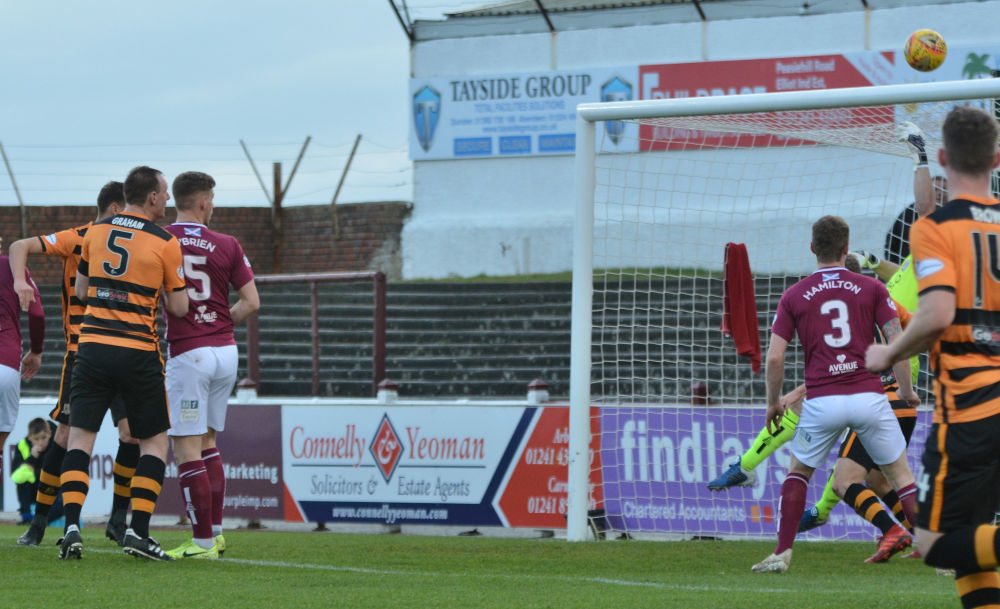 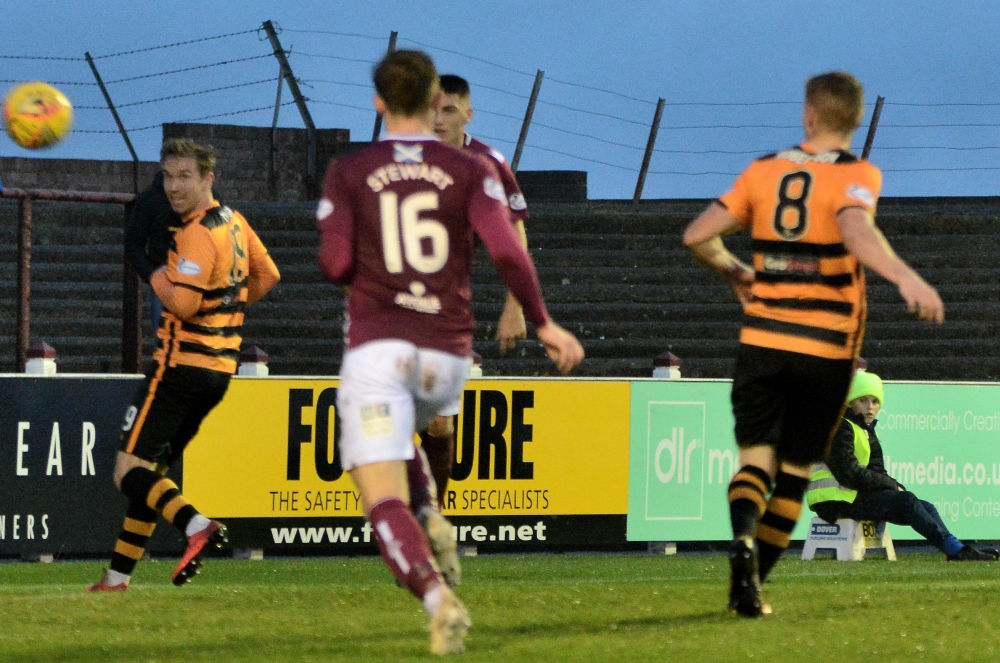 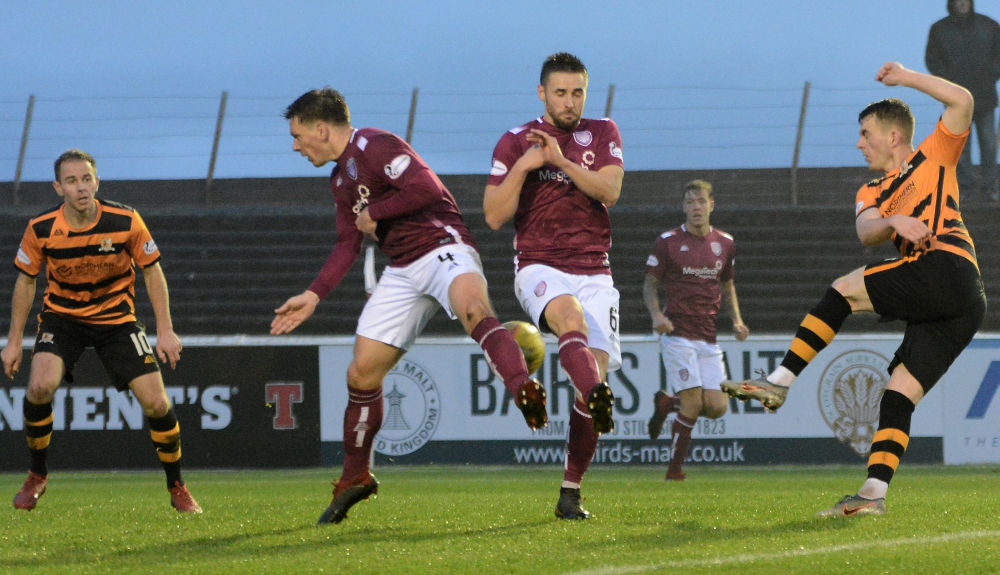 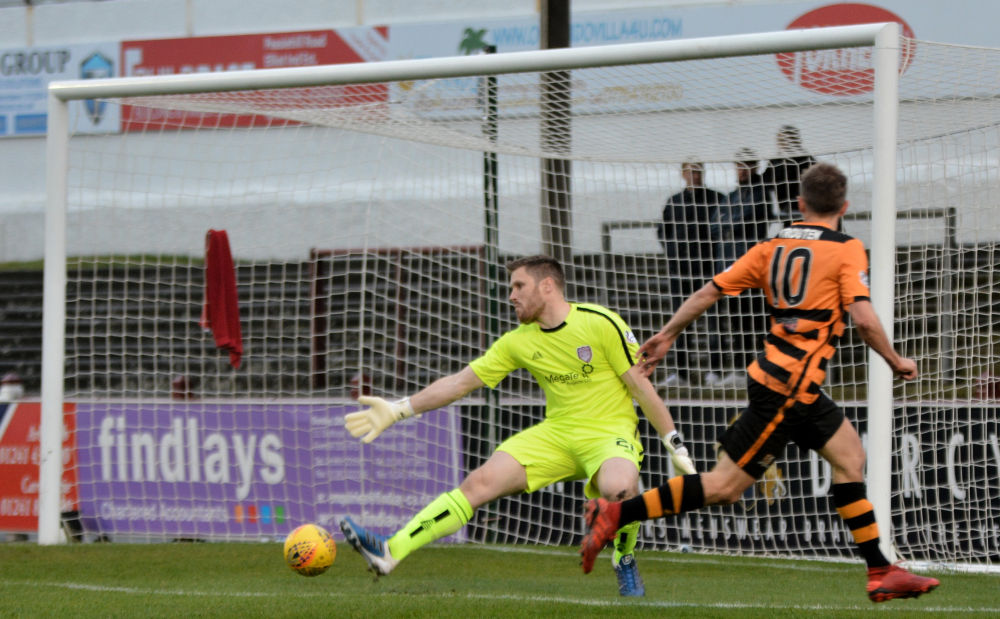 peter grant after losing at gayfield

The way the boys play it is a great credit to them when other people compliment them but we cannot afford to give goals away the way we have been doing. We cannot chase every single game by giving the opposition a start, we know we are a good side as I said when I took the job, I want to play with a certain style but against the ball I want us to be the ugliest team in the division.

Right at the start of the game we were in possession on the two occasions we lost the two goals which is quite incredible but this is not the first time it has happened and that’s the galling thing, if you were to take the goals away from the game I think the general way we played was excellent and we had a great chance which fell to Jon Robertson near the end to equalise but you cannot keep chasing in this division trying to come back from losing two goals. Great credit to the boys they kept going and showed some wonderful skills in passing and moving but the bottom line is, it’s when the ball goes in the net, that’s what counts, which we didn’t do along with giving away cheap goals.

We have been getting into the final third too many times where the final choice wasn’t there or the ball just wouldn’t break and you have to give Arbroath credit, they defended their lines really well and kept us away from the goal, but that is the art of defending, you have to defend your goal – we were in possession twice and lose two goals, that can’t be right and that is the time if you are full time you can have time to work on, it’s certainly not their character, they have better character than any of the full time professionals I have ever worked with, their character is magnificent, their desire to train, their desire to play is phenomenal.

I know I have the players to turn this around, we are going through a bad moment of results at this period of time, not performance wise just on results and let’s be honest that’s the bottom line, you need to get results in games of football.