Young Scott Hynd, at only 15 years and 260 days, made his first team debut last week against Albion Rovers, coming on for the last 15 minutes to be the youngest player to play for “The Wasps” in the Scottish Football League, and at Gayfield on Saturday, at 15 years and 267 days, came on in the final 10 minutes to score the winning goal and now become the youngest player to have scored in the Scottish Football League for “The Wasps”, a dream come true for the youngster who is still sitting his standard grades at Dunfermline High School. The game was never a classic, with the high winds spoiling the spectacle but for Scott Hynd, it is a game he will never forget. Arbroath had to win the game to have any chance of clinching a play off spot, while Alloa Athletic had already clinched 2nd spot in the league, but manager Paul Hartley was still looking to win the game. In the first half “The Wasps” had the strong wind behing them and dominated the play, then in the second period the roles reversed with the home side having the strong wind advantage and pegged “The Wasps”back. However with time running out Eddie Ferns shot, come cross, came back of the far post and there was young Scott Hynd, who reacted first, to head the ball past Tony Bullock in the Arbroath goal. 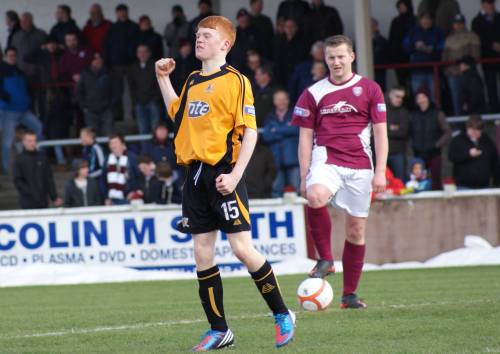 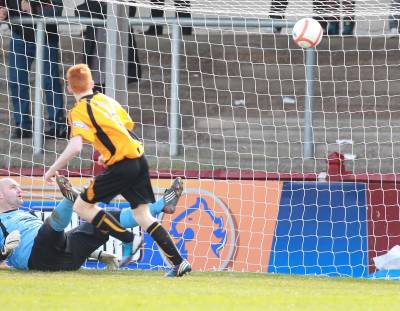 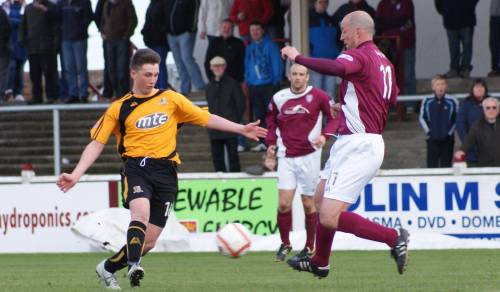 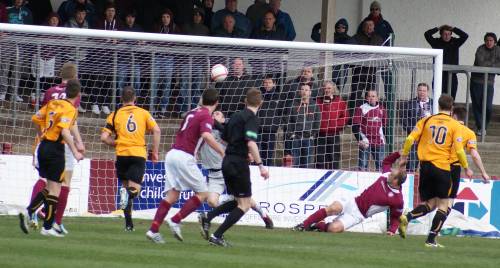 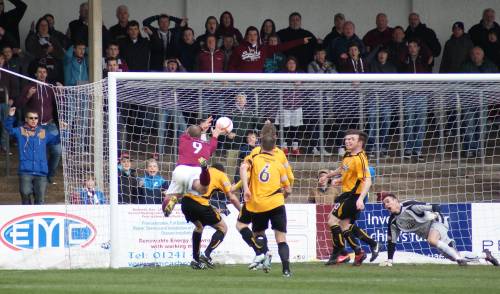 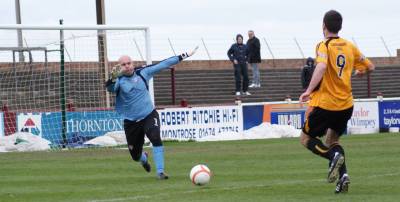 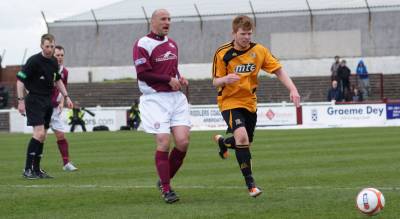 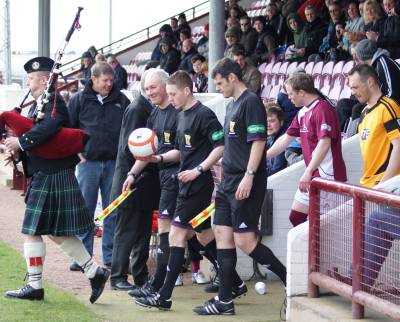 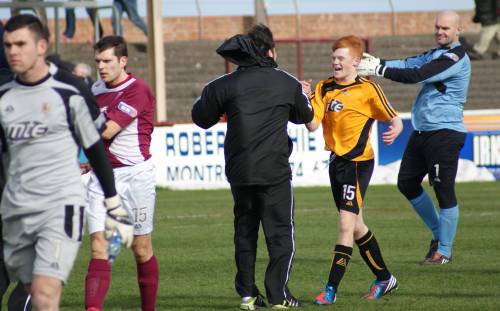 Scott’s goal is what dreams are made of, he is possibly one of the youngest players to have ever scored, which is an incredible achievement.  It was instinct the goal he scored, he anticipated the ball was hitting of the post and he reacted quickly – it was great for him, the look on his face was brilliant.  He is still a school kid in the middle of exams – it was a tough game to come on to.  He played last week and did well and that is why we included him in the squad again today. Young Lee McLelland came on earlier in the second half and he did well also at only 16 years.  Sometimes you make decisions and sometimes they can work and other times they don’t.  It was a poor game because of the conditions but you can’t do much with the weather.  I thought we defended well – we were resilient – we need that for Wednesday and our next two games, but for the young man to score it was just brilliant.  We are doing okay, now that we are in the play offs we are just trying to build the momentum and get a winning mentality we have got two tough games, two games to try and get to the final, we will give it our best shot, try and win the games and attack. We will do that on Wednesday night, we will not be going to Glebe Park to sit back, we will look to attack and try and win the game. We want to reach the final and see where it takes us, if you get there you always have a chance. We will give Brechin the greatest respect, Ray McKinnon has done a tremendous job, but we think on our day we are good enough to beat anybody who is put in front of us, but we have two hard games in front of us, we will have a go in both games and see where it takes us.

We came here today to win the game and get three more points, but the conditions took there toll at times. The Arbroath goal which was disallowed was a clear hand ball, I don’t think the referee spotted it, it was the linesman who alerted him, the pressure was on Arbroath to win the game to get into the play offs, we had already done our business but we wanted to win the game. Pleased for Craig McDowall, he had a couple of really good saves in the second half, but our back four was resolute, albeit a new back four partnership – they did well, all the players did well considering the conditions – it wasn’t a great game to watch, we understand that, but it was the same for both teams.