Peter Grant’s team played really well enjoying large spells of possession and looking to get onto the ball at every occasion with the diamond shape in midfield making sure everybody was involved in the slick passing game which Arbroath had no answer. The only criticism was the fact we weren’t more clinical in front of goal and should have scored more goals.

The opening goal came completely against the run of play when ex Wasp Greig Spence was fouled on the edge of the box and Bobby Linn drilled home the resultant free kick.
It was no surprise when Alloa took the lead after 51 minutes when Alan Trouten netted after Kevin O’Hara’s initial effort had been blocked.

At this stage of the game Alloa were dominant and should have been more dominant in front of goal as a one goal margin can be dangerous. Out of the blue Jason Thomson threw a ball into the box and aided by the wind it went straight over Chris Henry’s head and dropped in at the back post for a fortuitous equaliser. Arbroath then had their best spell in the game and threatened to turn the game on its head but Chris Henry saved well from Greig Spence in a frantic period.

The manager introduced both Robert Thomson and Andy Stirling who had both had a part to play in the winning goal, scored again by Alan Trouten. it was a great move and a goal fitting to win any game.

There were lots of positives to be taken from this display, no more so than putting a marker down to Arbroath how competitive the Championship will be. We now look forward to the opening league game of the season at home to Partick Thistle who will be looking to start this season far better than last. 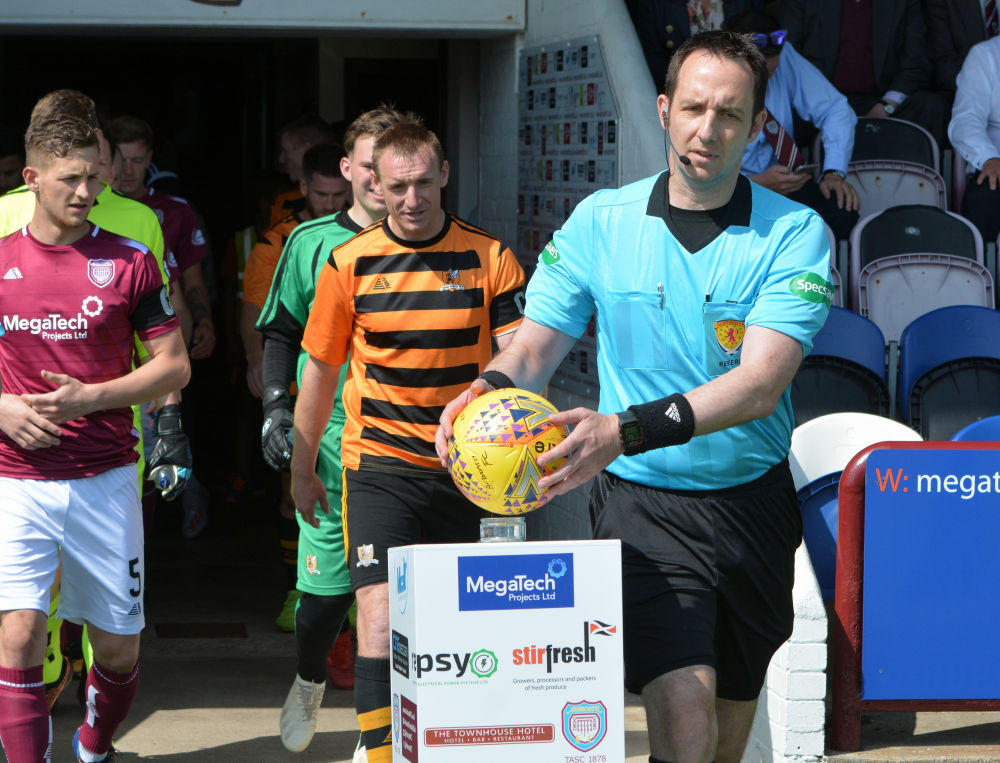 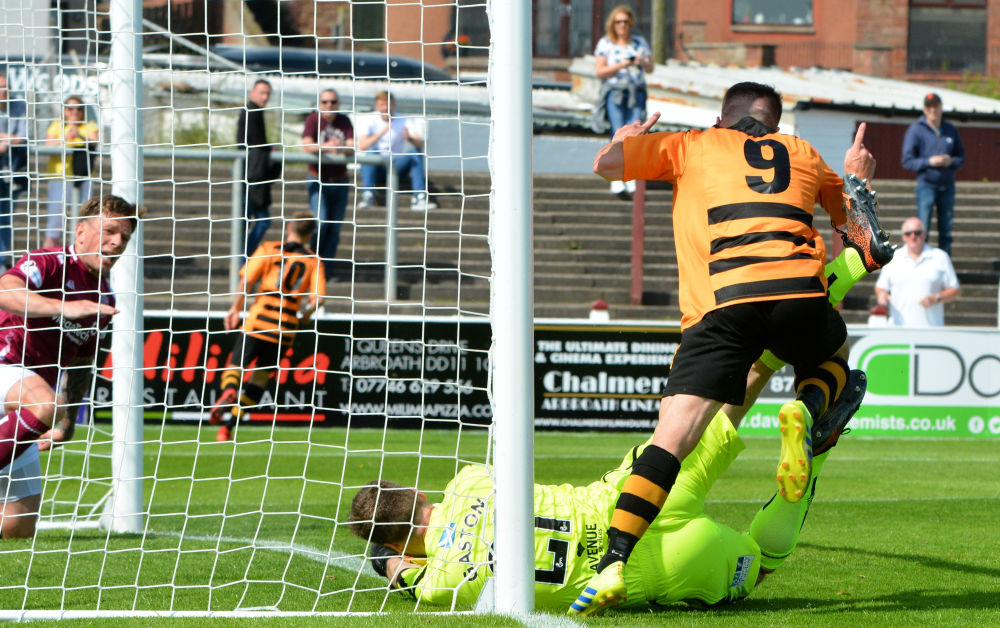 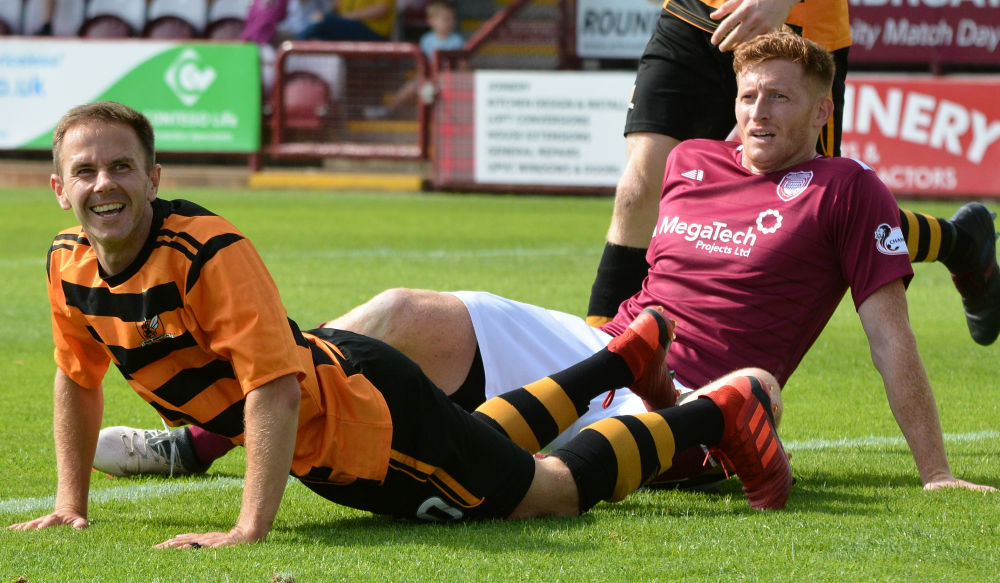 Expression on Alan Trouten's face says it all 2-1 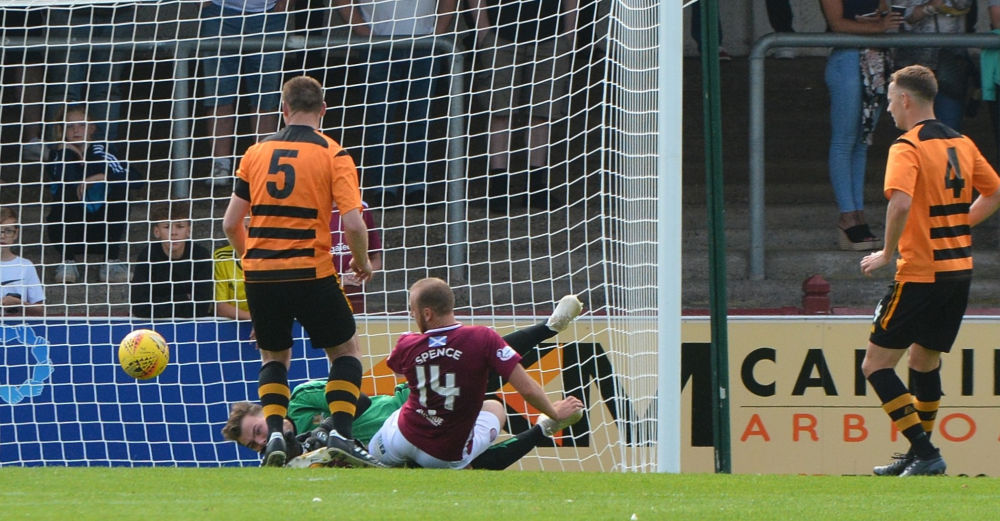 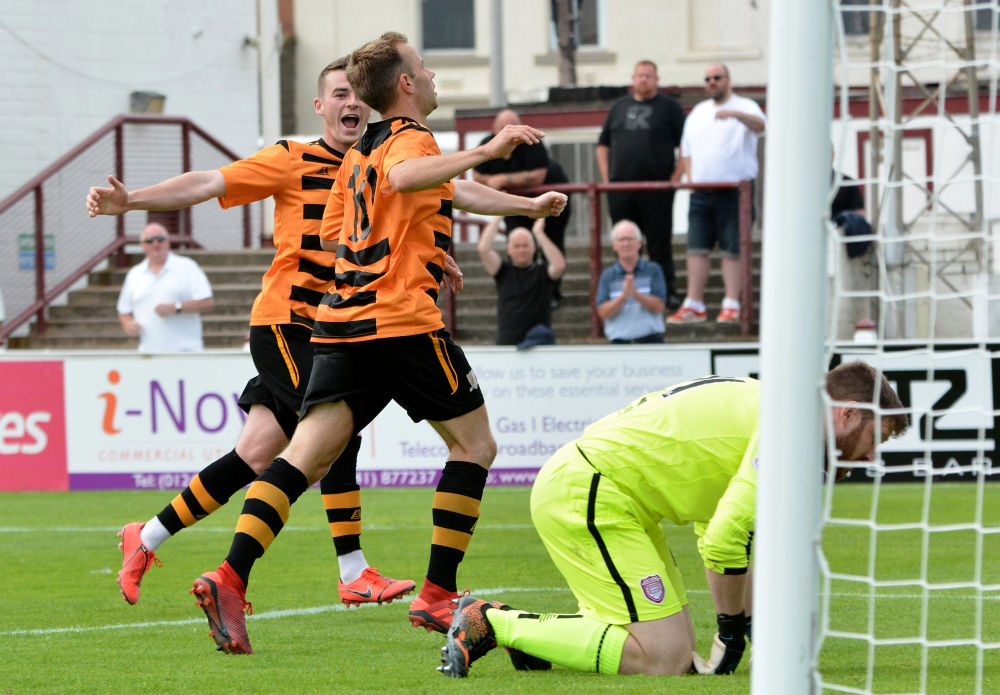 I was pleased with an awful lot of today’s game but naturally disappointed at the goals we lost, the first one was another free kick, from a similar area to Tuesday’s nights free kick against Stirling Albion, that’s three goals we have lost from the exact same area giving silly free kick’s away, so that is disappointing and the second goal was a bit of a fluke with the wind assisting, but we made it hard for our selves, I thought we played a lot of good stuff but need to be more clinical and take care of the ball in certain areas, Arbroath is not an easy venue to come and I thought we played very well.

I want our wide players to be involved in the game as a team we need to attack together and not being out on the line not being involved, Kevin Cawley has too much ability to be out just on the wing and has been brought more into the middle to be involved more and I think he has had a big effect in every game we have played and is getting better and better, he is a great team player and talented individual.

We again go into this season the same as every other team, we are there to challenge, we want to win the league or qualify and aim for the promotion play-off’s, it is not all about survival, we have players who can play and we have to be brave enough to play, of course there are things we need to iron out but Jim Goodwin left a very good side here and hopefully we can build on that and be better, I am still trying to bring three or four players in to make the group stronger. We have Robbie Thomson coming back now from injury, we have not seen much of him that’s his first 30 minutes of competitive football this season and he is a different type of player as we also have with Kevin O’Hara as well, so we now have different types of strikers we can call upon, Andy Stirling came on today and did well but he has to be more consistent because he has the talent.

The players from day one when I joined the club have been fantastic, that’s great credit to the past managers who have went before me, they have set that standard and we now look to build on it and get better on the football pitch and the only way to do that is by the players learning, and bringing quality football players to the club to play along with them in that affordable market we are in.