It was always going to be a difficult match at Tannadice against the league leaders Dundee United, who had just won five games in a row and were still unbeaten in the league at Tannadice this season. The home side started very brightly and looked to get their noses if front, but it was “The Wasps” who took the lead in unusal circumstances after twelve minutes, Scott Taggart’s cross from the right wing came off the head of United defender Mark Reynold’s under pressure from Alan Trouten to put through jis own net.

Jamie MacDonald was a busy man in the Alloa goal having to pull off saves from mainly long range efforts but sadly the visitors were to lose a goal deep in time added on just before the interval. Having managed to keep the home side at bay for the bulk of the first half, we lost possession in midfield looking to get forward when holding on to possession would have been less costly, the ball played through to Nicky Clark who grabbed the equaliser, just as home fans were begining to get restless.

Ten minutes into the second half, Dundee United were to get in front, Louis Appere running on to a Ian Harkes pass to score at back post. The timing of both goals did not help “The Wasps”

The the Alloa players credit they never gave in and it was the Dundee United supporters who were desperate to hear the final whistle. Alloa’s last chance fell to Robert Thomson in front of goal but he chose to try a pass to Alan Trouten which was intercepted and the chance lost. 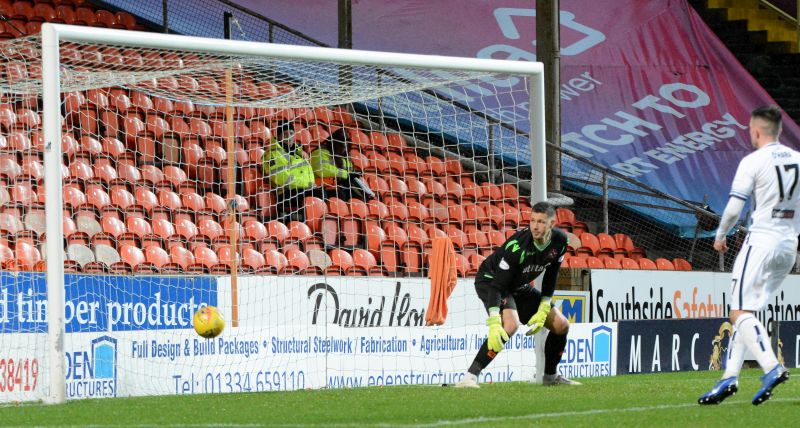 Alloa take the lead through Reynolds own goal 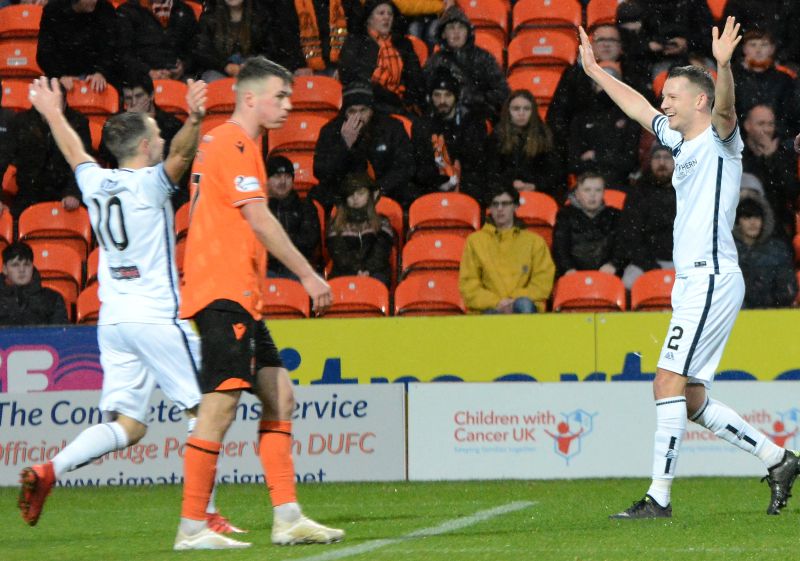 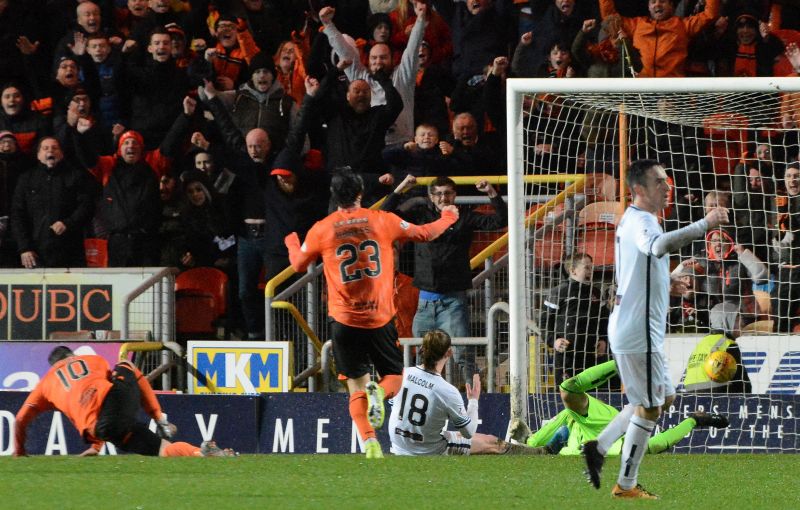 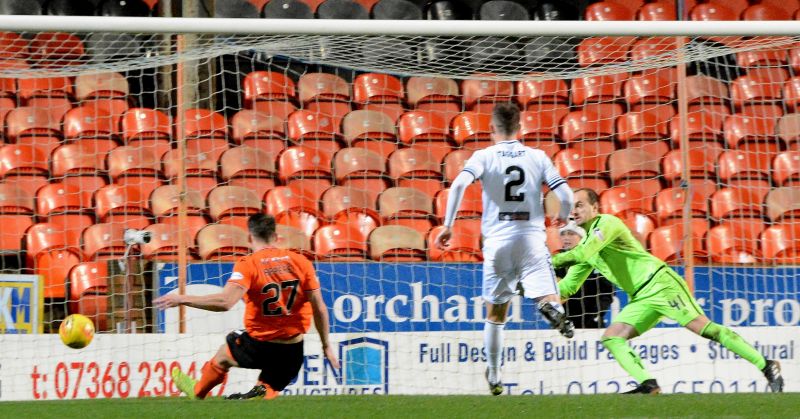 In the first half we had to dig in when you come to places like Tannadice and that was the same when I came as a player, it’s always a place where there is a fast start that’s the way Dundee United play and we gave too many set plays away, throw ins, corners and we were under the cosh a bit. Jamie MacDonald did exceptionally well from long distance shots and we blocked efforts but that is part of the job, but to lose the goal as we did just on half-time, I was really disappointed to say the least because we were in possession of the ball and we should have held it and start again, but we tried to go forward and gave away possession which is lack of experience and a bad time to lose a goal going in at half-time.

In the second half I thought we played a lot of good stuff, when you look at it the players Dundee United have and everything else which is different between the two clubs, if you had been up here watching the game for the first time and you hear Dundee United fans whistling for the full time whistle, I think that tells you enough of how we finished the game. However losing the second goal as we did, a ball up the inside of our full back shouldn’t happen, but how can Scott Taggart be five yards in front and then Louis Appere be five yards in front of him – there is only one way as he pulled him back. I don’t like complaining about things like that after you have lost a game of football. We are not Dundee United, we are not one of the big clubs but we look for the same consistency of decisions. I feel for the referees because of all the new decisions but when they start to cost you and they have this season.

Dundee United supporters were desperate for the final whistle and near the end Robbie Thomson should have a strike, we created the chance and he knows that but the players take great credit for the way we tried to play here and in the two games we have played Dundee United I think we have been more than a match for them, but they can ask questions in a different way because of the players they have but I give nothing but credit to these boys but the bottom line is we have to learn how to win that’s the bottom line in football.