“The Wasps” ended 2018 on a high after defeating Dundee United for the first time in the league for 58 years, their last victory was on 26th March, 1960 when “The Wasps” won 3-2. Back to back victories in last two league matches at home against Queen of the South & Dundee United has lifted Jim Goodwin’s men further up the league in eighth position, five points clear of Partick Thistle and six ahead of Falkirk.

The one disappointment for the Alloa fans was the fact that Jake Hastie was playing his last game for the club after his parent club Motherwell recalled him after impressing in his loan spell at the Indodrill Stadium, he has been excellent for “The Wasps”.

Dundee United knew how challenging the game would be having only drawn 1-1 earlier in the season. Although United pressed and had the best of the possession it took a “Worldy” goal to put them in front. Callum Booth striking a free kick into the top postage stamp of the net a goal straight out of the top drawer. However Alloa were never out of the game and once again showed they have great character to get back into the game. Alloa substitute Connor Shields nearly making an instant impact having replaced Kevin Cawley after 66 minutes.

The Alloa fans did not have to wait too long for the equaliser, stevie Hetherington sending in an inviting free kick into the box and Alloa captain Andy Graham rose to score his tenth goal for the club, outjumping the United defence.

As the clock ticked down it looked like it would be the fourth 1-1 draw between the sides this season before Dario Zanatta collected the ball wide on the left wing and ran 25 yards from goal, beating four Dundee United defenders and showed great composure to fire home his third goal in last three games for “The Wasps” a goal worthy to win any game and a huge victory for the club to end the year on a high.

Jake Hastie impressive on the wing 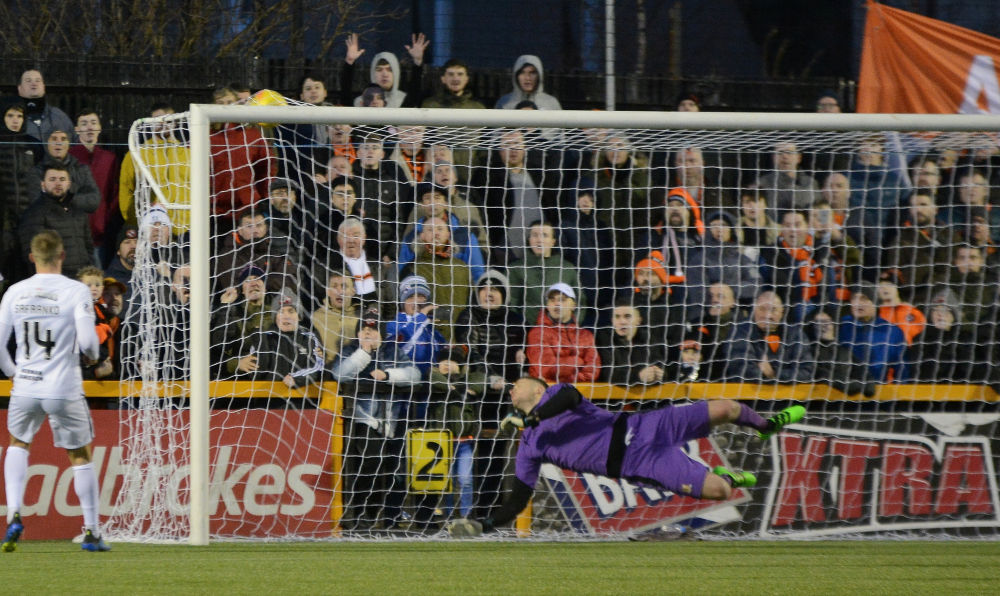 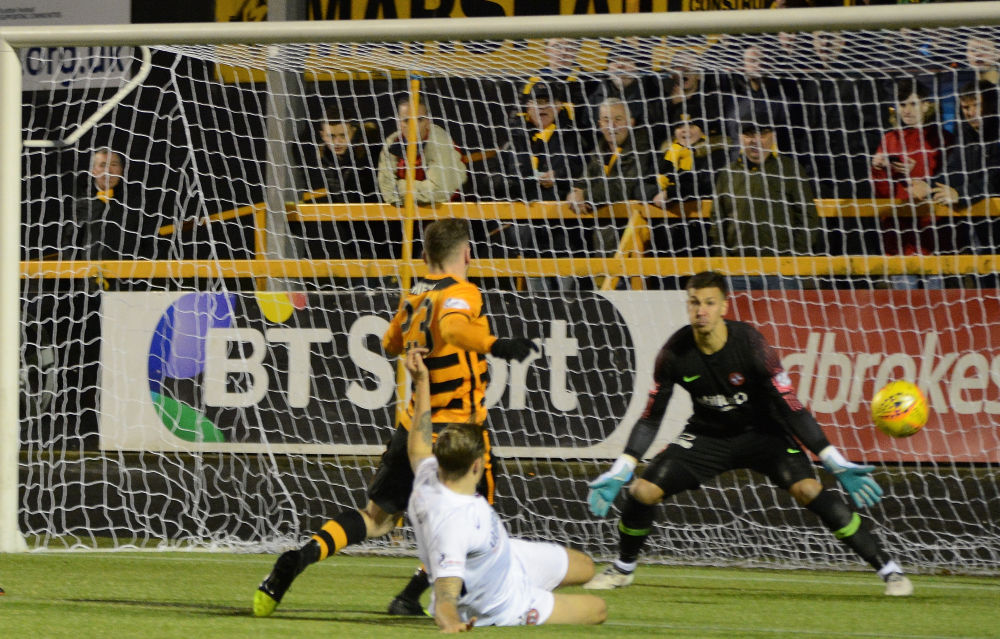 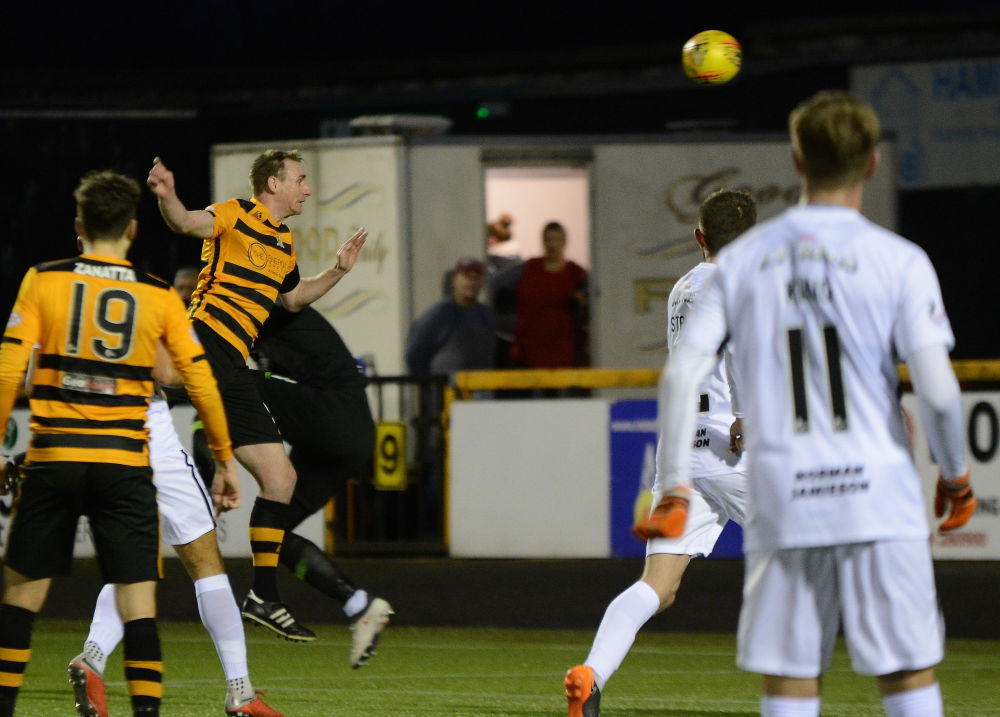 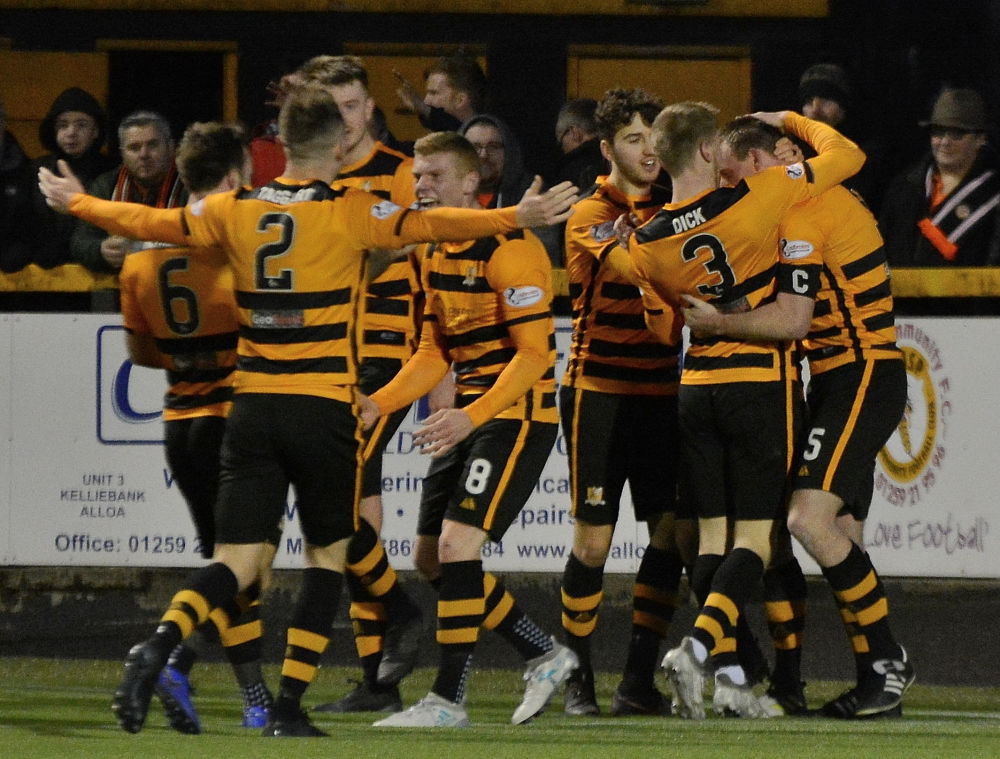 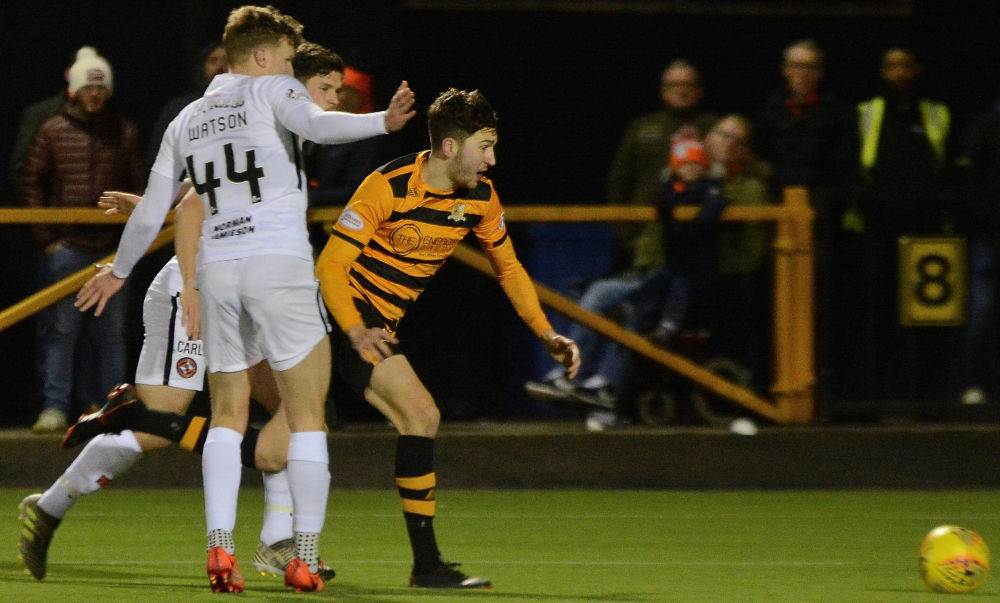 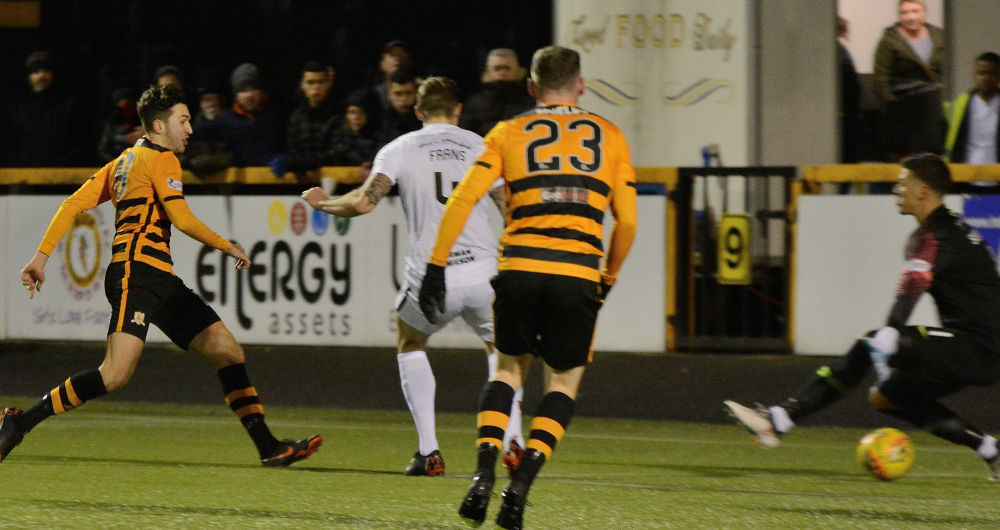 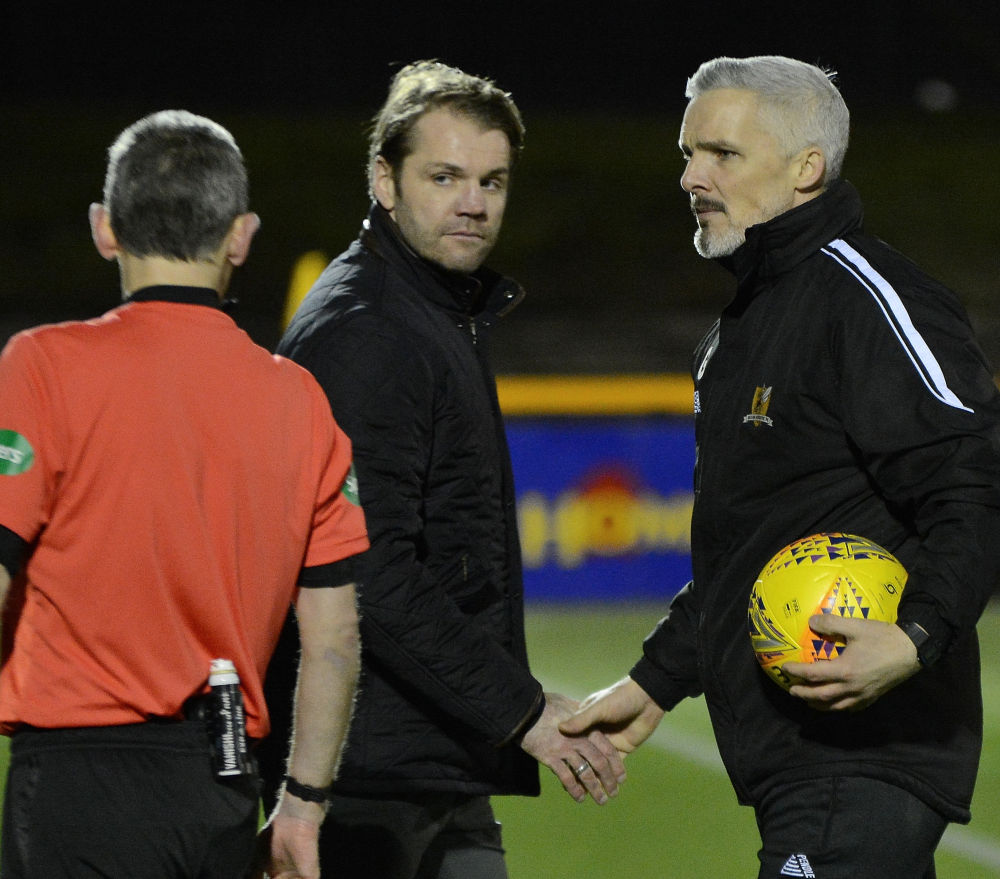 I’m over the moon with the end result, I thought we battled very well today against a very good Dundee United side, they dominated the possession there was no doubt about that but I thought we defended really well although we were a lot deeper than we would have liked to have been we restricted them to long shots and having to put crosses into the box, apart from the one in the first half which Neil Parry tips onto the post and Andy Graham had to recover, apart from that one I can’t remember Neil Parry having to make too many saves for all the good play that Dundee United had.

We then went a goal down on the hour mark, I was disappointed in the build up to it, I thought Stevie Hetherington might have been given a free kick when he cleared the ball and the Dundee United player was a bit late on him which lead to the Dundee United’s free kick on the edge of our box, a wonderful free kick set play from Callum Booth he couldn’t have put it any more in the top corner of the net if he had tried.

Again we showed wonderful character, I have lost track of the amount of times that we have came back from a losing position to pick up a positive result whether it is a draw or victory, the players deserve huge credit for that. That game today could have easily have went to two or three after they got their goal but our never say die attitude again with every single one of my players putting in a hell of a shift. Yes we would have liked to be better on the ball and had a little bit more composure which we have showed in recent weeks but I give Dundee United credit for that because they pressed the life out of us and never allowed us time on the ball. The result is the most important thing and we can allow for a poorer performance in terms of possession wise if we can come away with results like that.

I thought our two goals were excellent, one thing I have been very critical of us as a team this season, the height of we have going into the box for corners and set pieces I don’t think we get on the end of things enough. Andy Graham who was outstanding all afternoon along with Sam Roscoe beside him, big Andy goes and gets the important header and got us back in the game, at that moment in time if the referee had blown his whistle I would have been delighted to get a draw at 1-1 each. However as the game was going on we were hitting them on the break a couple of times and Dario does fantastic, he has come into a really good rich vein of form in the last four or five games, that’s his sixth goal of the season but it is more than his goals it is what he offers the team in his holdup play and he is getting a lot braver as the weeks go on, he is starting to take hits from centre half’s, with having a striker up front who can make the ball stick and Dario always does that, he is always a threat running in behind, the compose he had in the final minute of the game to score the winning goal was really fantastic and I was delighted because his mum and dad wee over from Canada to watch their son, it makes it that little bit more special.

It’s been a great year 2018 getting promotion in the first place and now putting on a really good show in the Championship in the first half of the season, everybody expected us to be rock bottom, I think the only people who believed we were better than what we had been written about us within that dressing room, everybody wrote us off before the season, I don’t think teams are now writing us off, I think people are starting to give us the respect we deserve, I think I have players in our squad a number of other Championship squads would be delighted to have in their team. It is not only pleasing where we are but the manner we have achieved as well, we try to play the game in the right way by passing the ball and being entertaining to the fans and I think the fans are starting appreciate that as well , so a fantastic end to 2018, let’s stop looking over our shoulders and look up and after today’s result we can see what can be achieved.