Alloa Athletic have been been a credit to the SPFL Championship this season, at no time looking over awed and causing many of the full-time teams in the division many sleepless nights. At Tannadice on Saturday scoring the early goal through Jordan Kirkpatrick gave “The Wasps” even more confidence they could again take something against a team which they had now played six times this season.

However Dundee United levelled on 26 minutes when Jamie Robson’s free kick was headed towards goal by Nicky Clark, before the unfortunate Andy Graham deflected the header past Neil Parry.

In the second half Dundee United certainly had the bulk of possession but apart from a Paul Watson header which Neil Parry made a great save to keep out it looked like a frustrating day for the home side with their fans very quiet and looking to start heading for the exit.

With the clock running down and only seven minutes left Callum Booth sent over a low cross which fell to Nicky Clark inside the six yard box and he fired the ball high into the net to the relief of the United fans and break the hearts of the Alloa fans who had come within touching distance of claiming a massive point.

The Wasps are fighting for their life at the bottom of the SPFL Championship knowing they are still very much within touching distance of a few full-time clubs who never expected still to be in a relegation dogfight at this stage in the season. A point on Saturday would have been massive, the players will now regroup and go again on Tuesday night at Inverness and then again against league leaders and newly crowned Irn Bru Cup winners, Ross County – facing arguably the most difficult three teams in the division to get anything from. 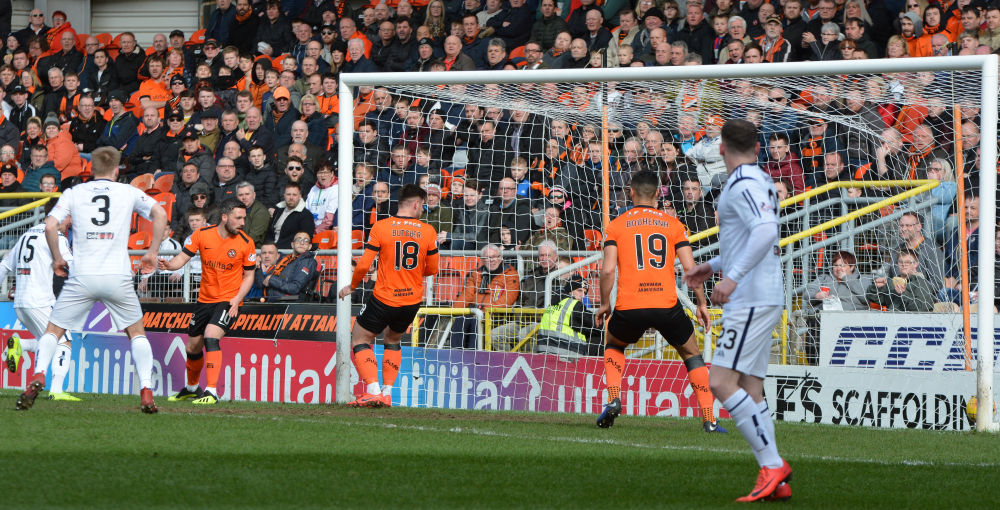 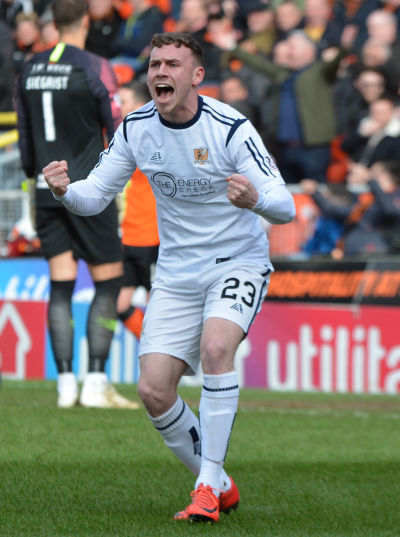 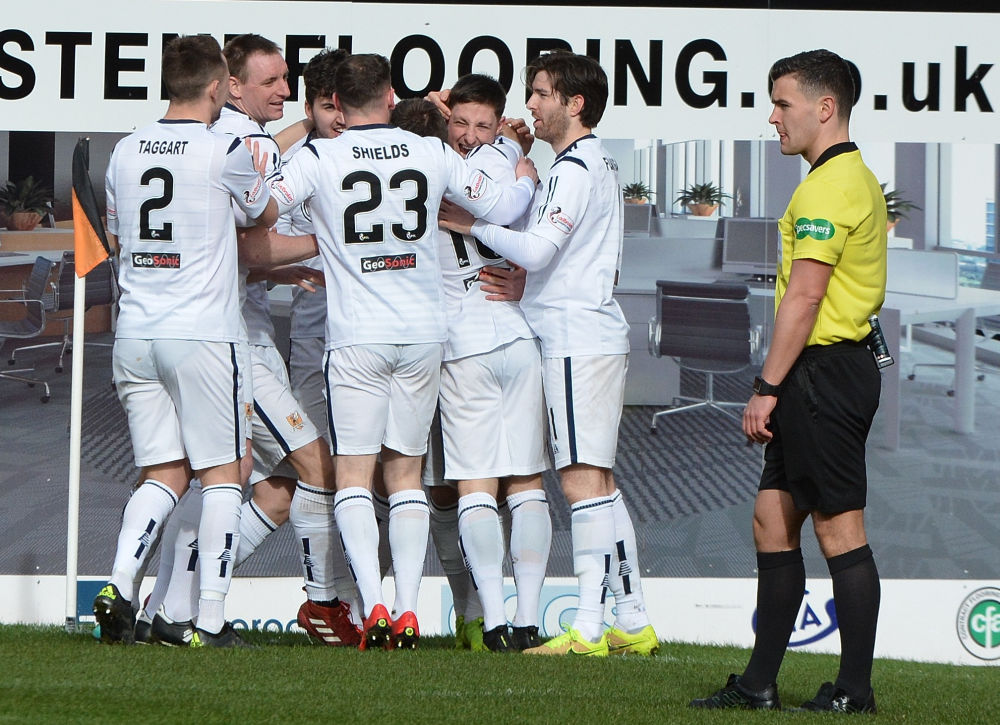 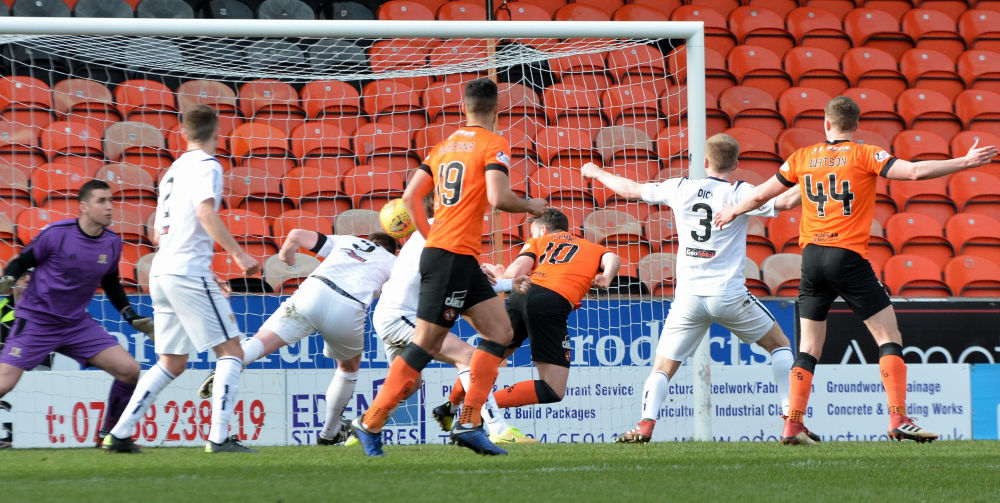 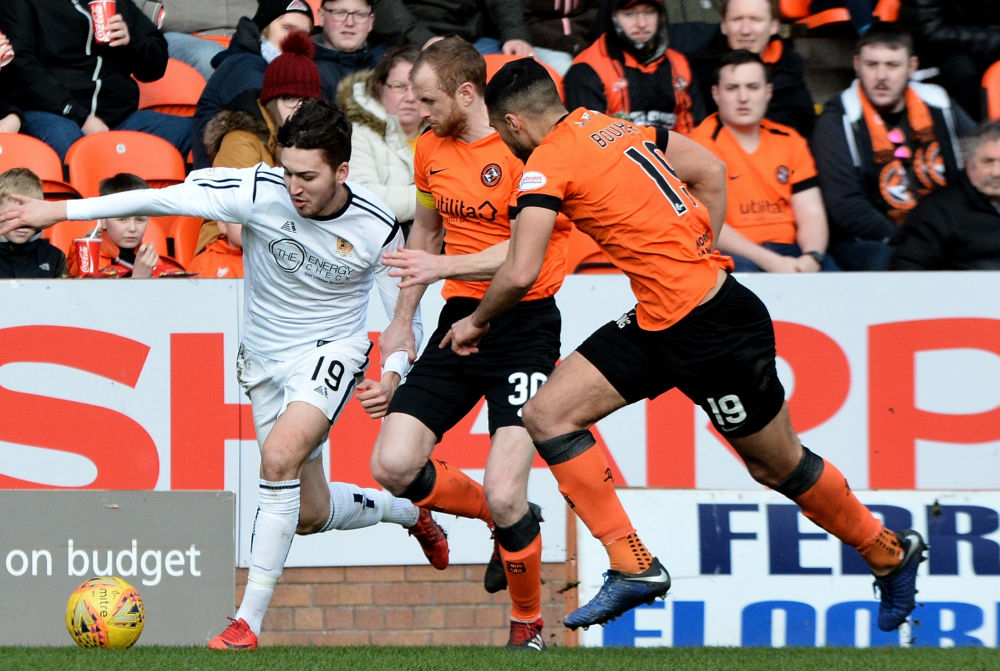 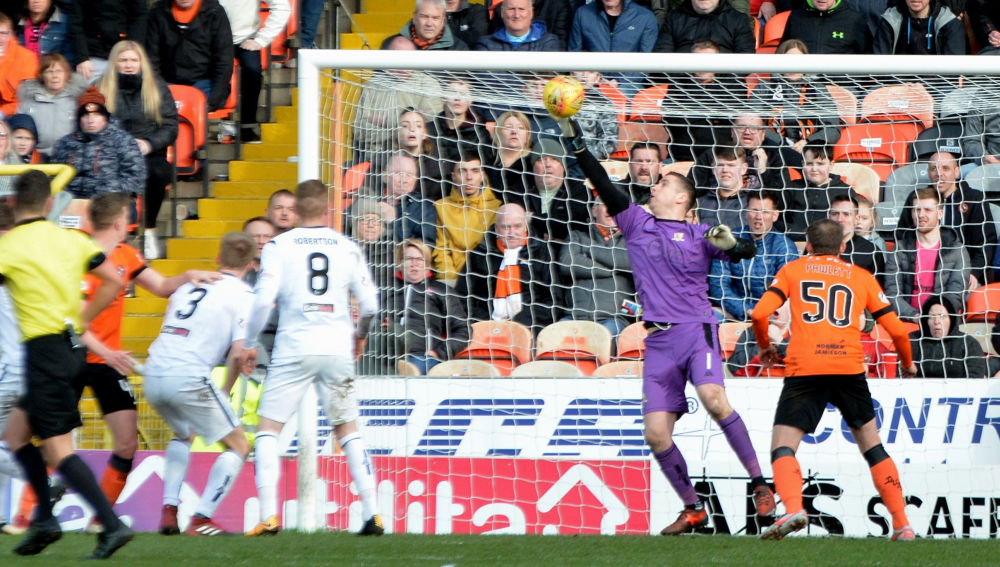 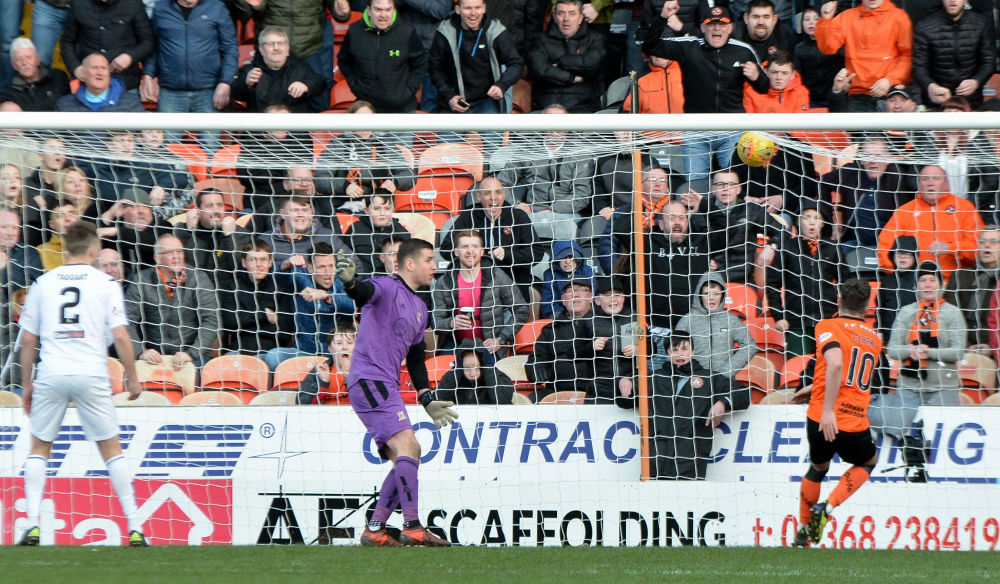 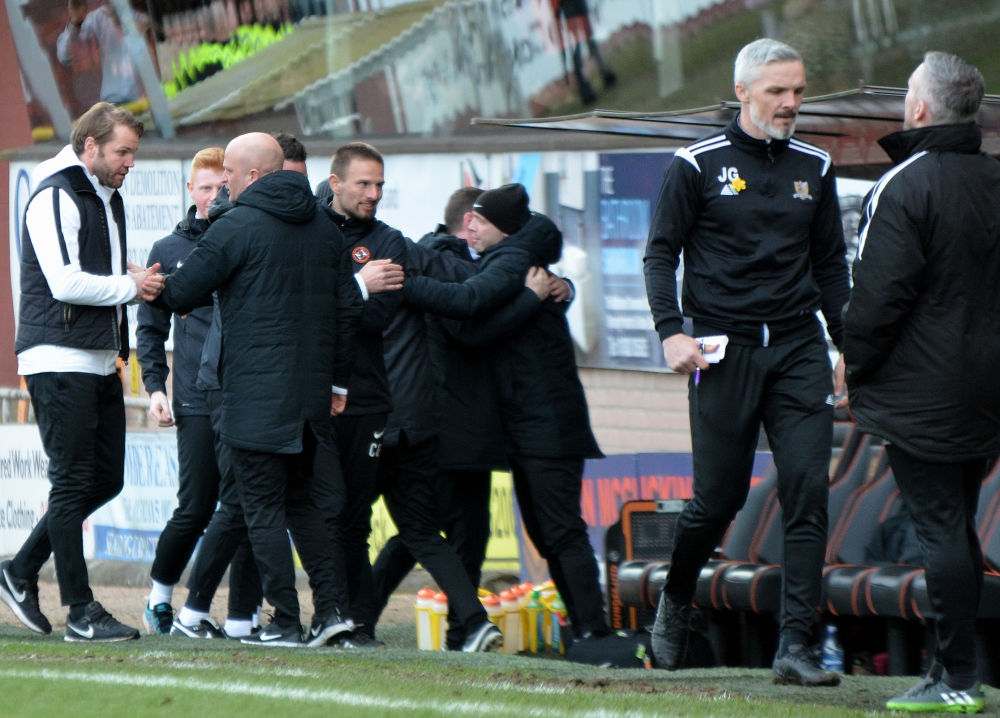 Mixed emotions from both benches at end of game on Saturday

We are extremely disappointed to lose such a late goal, the players put a hell of a lot of effort into the game and I thought that commitment, effort and the way we stuck to the game plam I thought it warranted a point. I don’t think we played as well as we could have done in possession but in terms of our shape of our defensive line I thought the boys were excellent.

I have a confident group of players, we came here believing that we could get a positive result, we got our nose in front which was fantastic in the first half and we expected Dundee United to throw everything at us, they were desperate for the win to keep the pressure on Ross County. There is a huge gulf between the two clubs, they are at one end of the table fighting to go up and we are at the other end fighting to stay in the league. Our players show the kind of character and commitment and they will fight tooth and nail to try and keep our place in the Championship. I can never ever fault their effort  and I just think so late in the game with six or seven minutes to go it would have been great to hold on because it would have been a huge point for us.

We got done on the far side a little one two and it was a decent ball into the box and the last man you wanted it to drop to was Nicky Clark six yards out but I thought we contained Dundee United very well throughout the game, yes they had large spells of possession but I didn’t really think they were causing us too many problems, Neil Parry makes one fantastic save from a header but other than that in the second half he had too many saves to make, he came for a few cross balls and dealt with them brilliantly, I thought the shape of the team was excellent, I thought they stuck to their task and as I said we would happy been over the moon with a point and it would have got us a step closer to the teams above us but unfortunately it wasn’t to be. I don’t think anybody would have given us a chance before the game but we as a group believed we could do something, we have caused United a lot of problems in the past already this season and we still believed we could again take something from the game.

We are still within touching distance the teams above us it is as simple as that and there is still a lot to play for we have eight games left there is no point dwelling on this game now albeit the players can take a lot of pride in their performance and what they put into the game but inevitably it has ended in disappointment because we have nothing to show for all that effort. We tried to hit Dundee United on the counterattack and it worked at times in the first half but we now have a busy time coming up with four games in two weeks and it is trying to save as much energy as we can to make such we can get through that difficult period.