This was one of “The Wasps” best displays of the season against a Brechin City side who never really troubled Jim Goodwin’s team on the day. Brechin with ex Alloa Athletic manager Barry Smith recently taking over the job a fortnight ago might have a bigger job on his hands than he might have believed. The biggest surprise was the breakthrough took so long, but after Dario Zanatta put “The Wasps” in front just after the half hour there only looked one winner.

The home side were creating numerous opportunities and were playing some of their best football of the season, stroking the ball about with confidence and using good injections of pace. The second goal early in he second half saw Greig Spence get back on the scoresheet, surprisingly having not found the net since the opening Betfred Cup game of the season on 17th July v. arbroath won he scored twice in 4-2 victory.

Two minutes later it was 3-0 after one of the best moves of the game and fitting Alan Trouten should be on hand to score his tenth goal of the season. The assuredness of the victory was evident but the scoreline could have been so much more.

With the game effectively won manager Jim Goodwin took the opportunity to bring on all three substitutes from the bench to give them a run out and all three Ahmed Aloulou, Liam Burt and Connor Shields all contributed to the victory and helped to create even more chances. 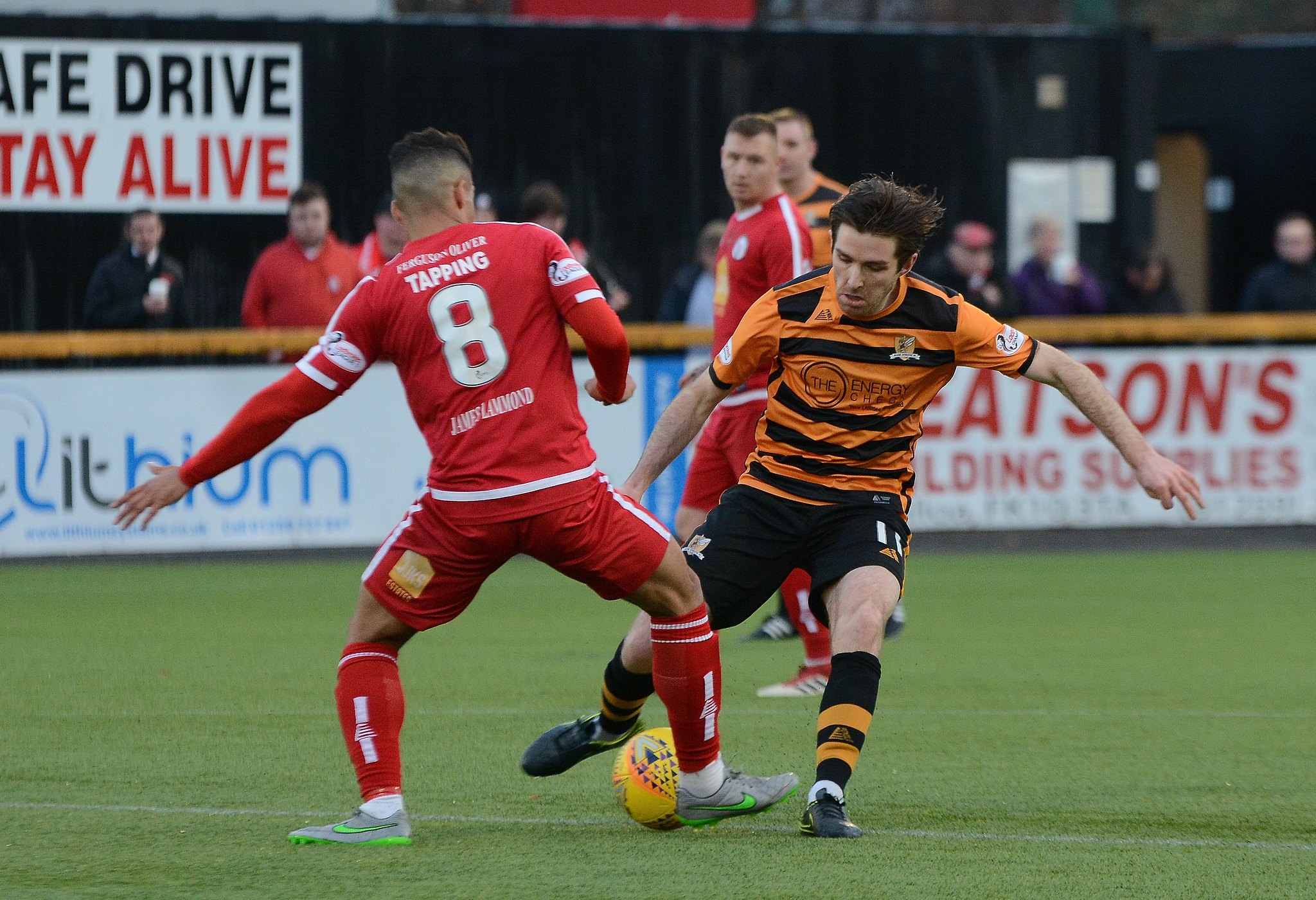 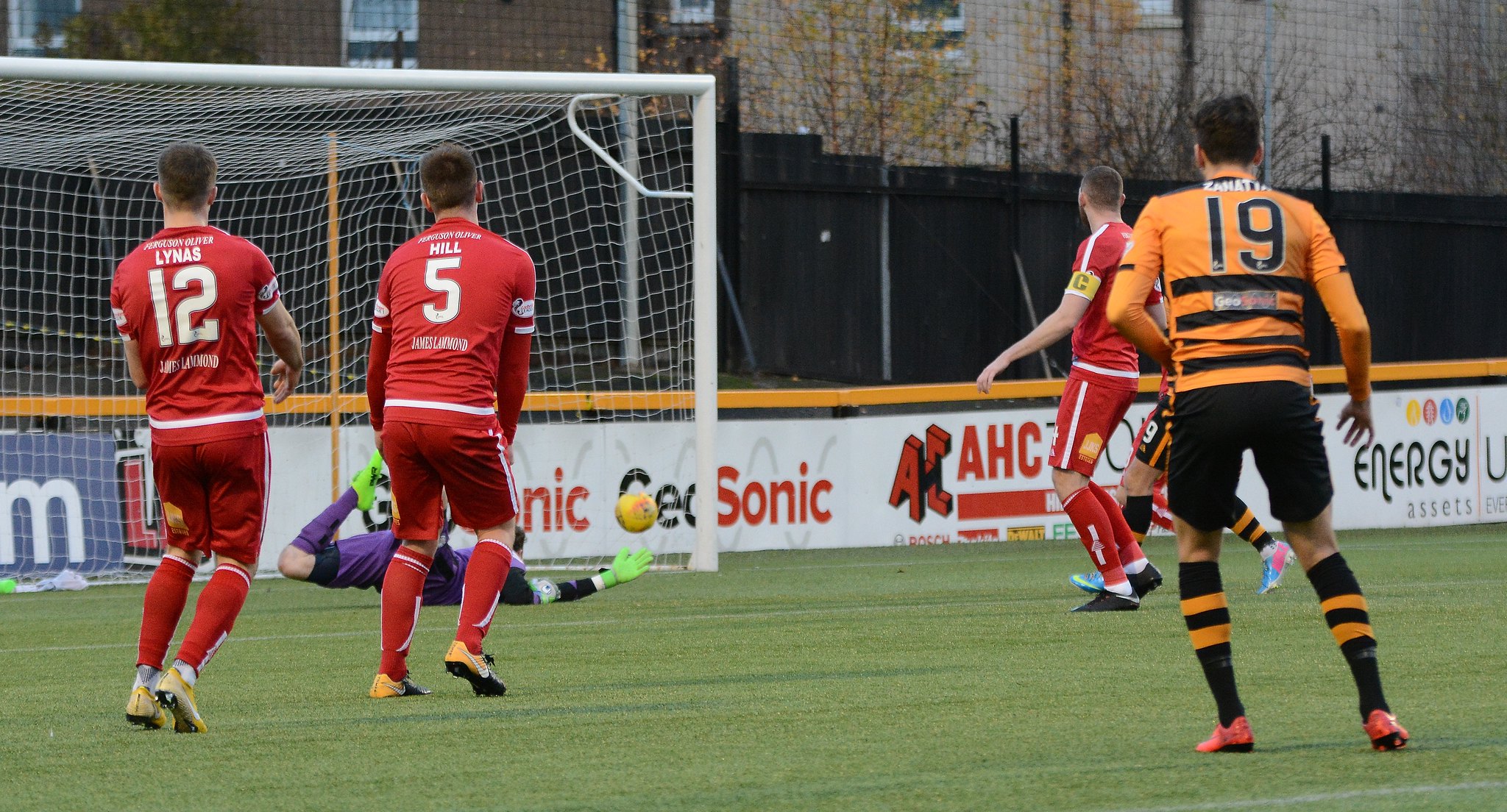 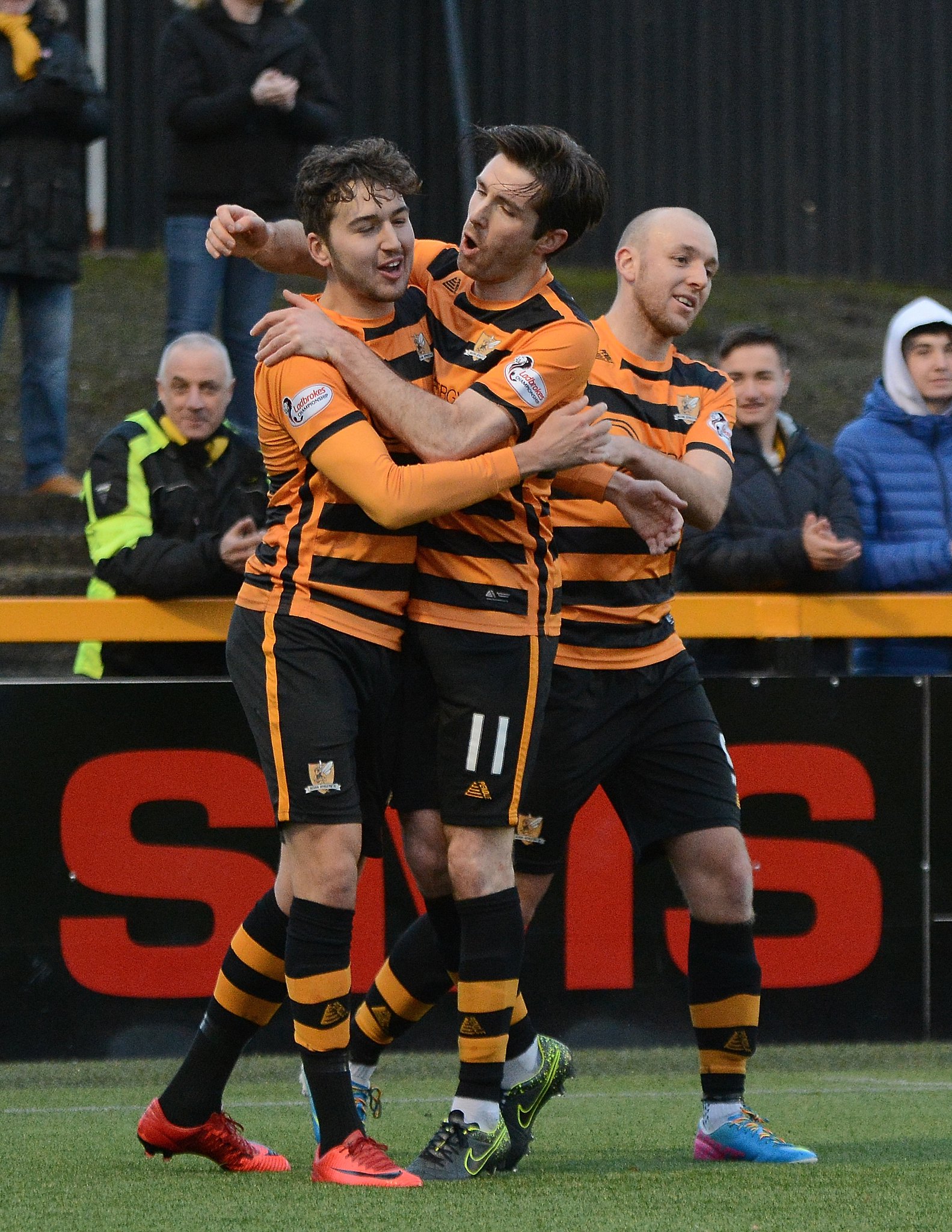 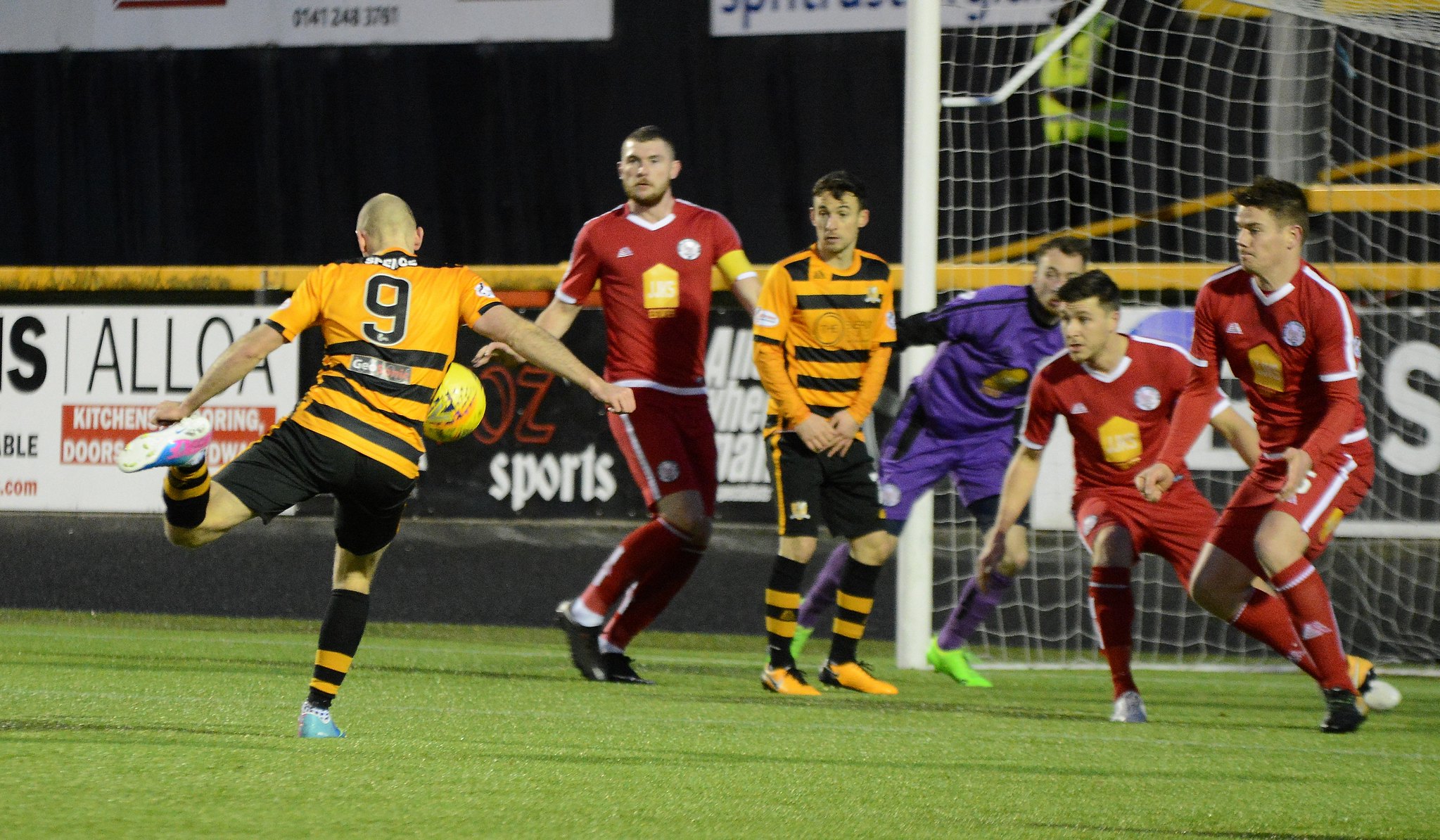 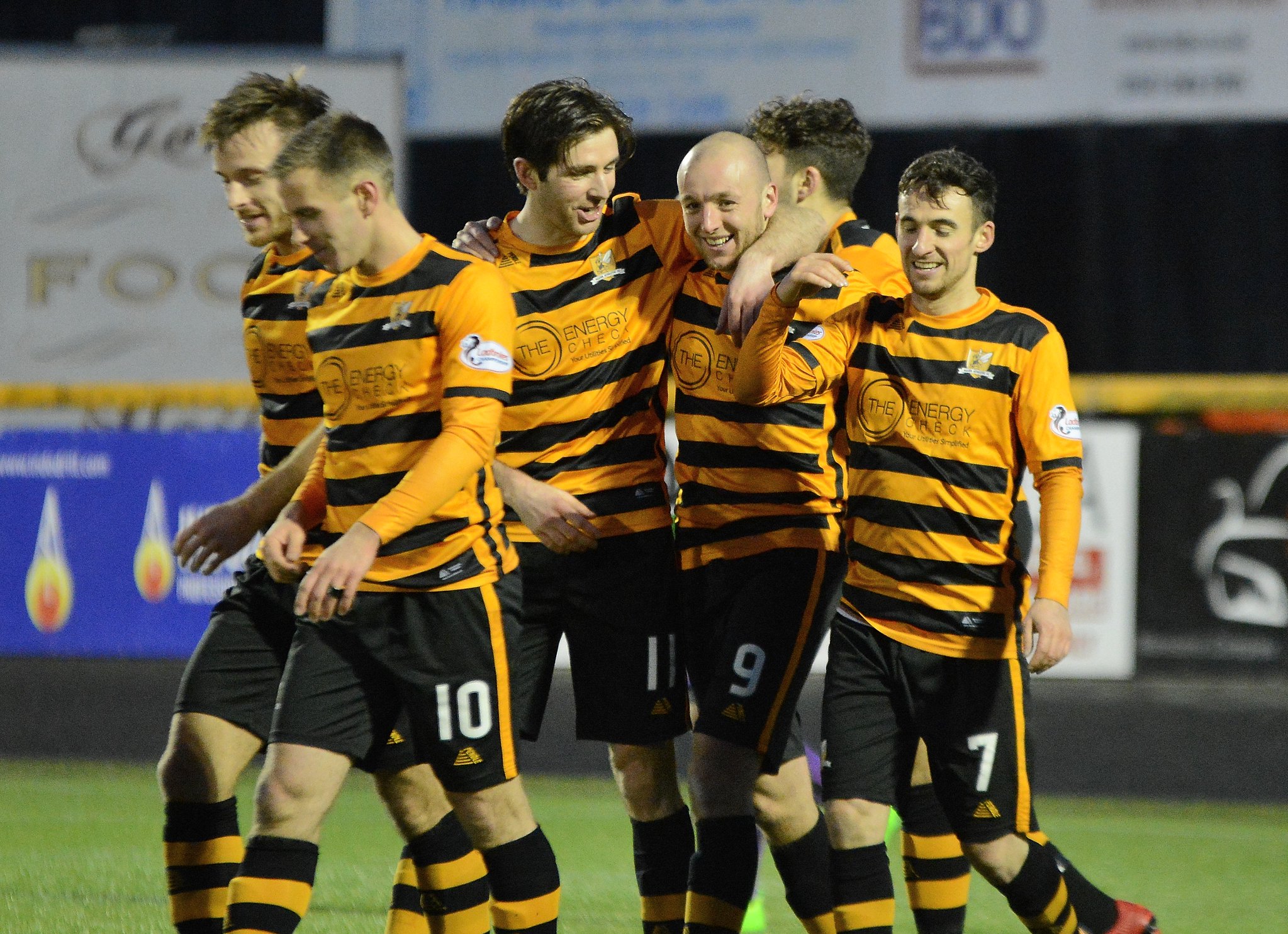 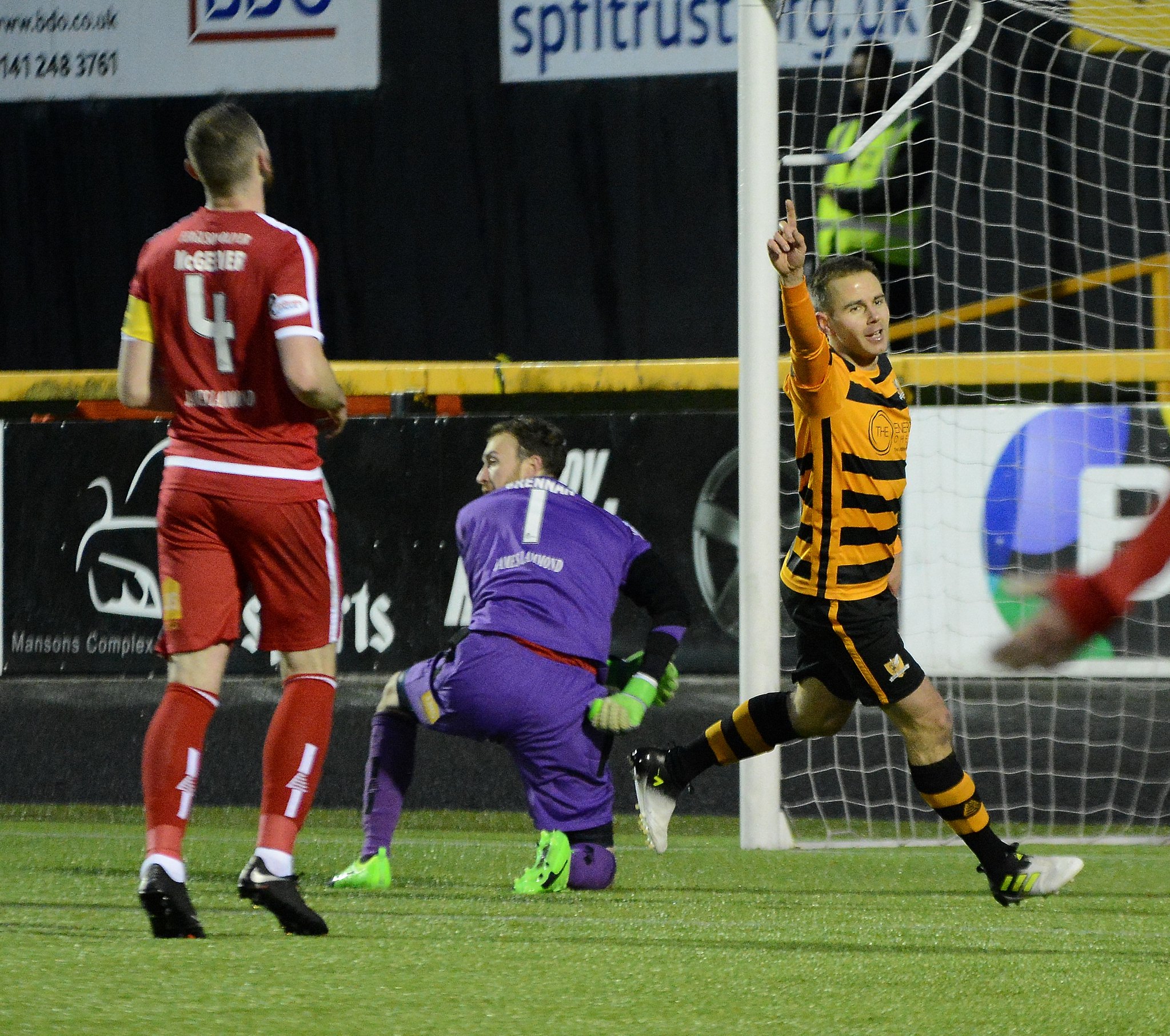 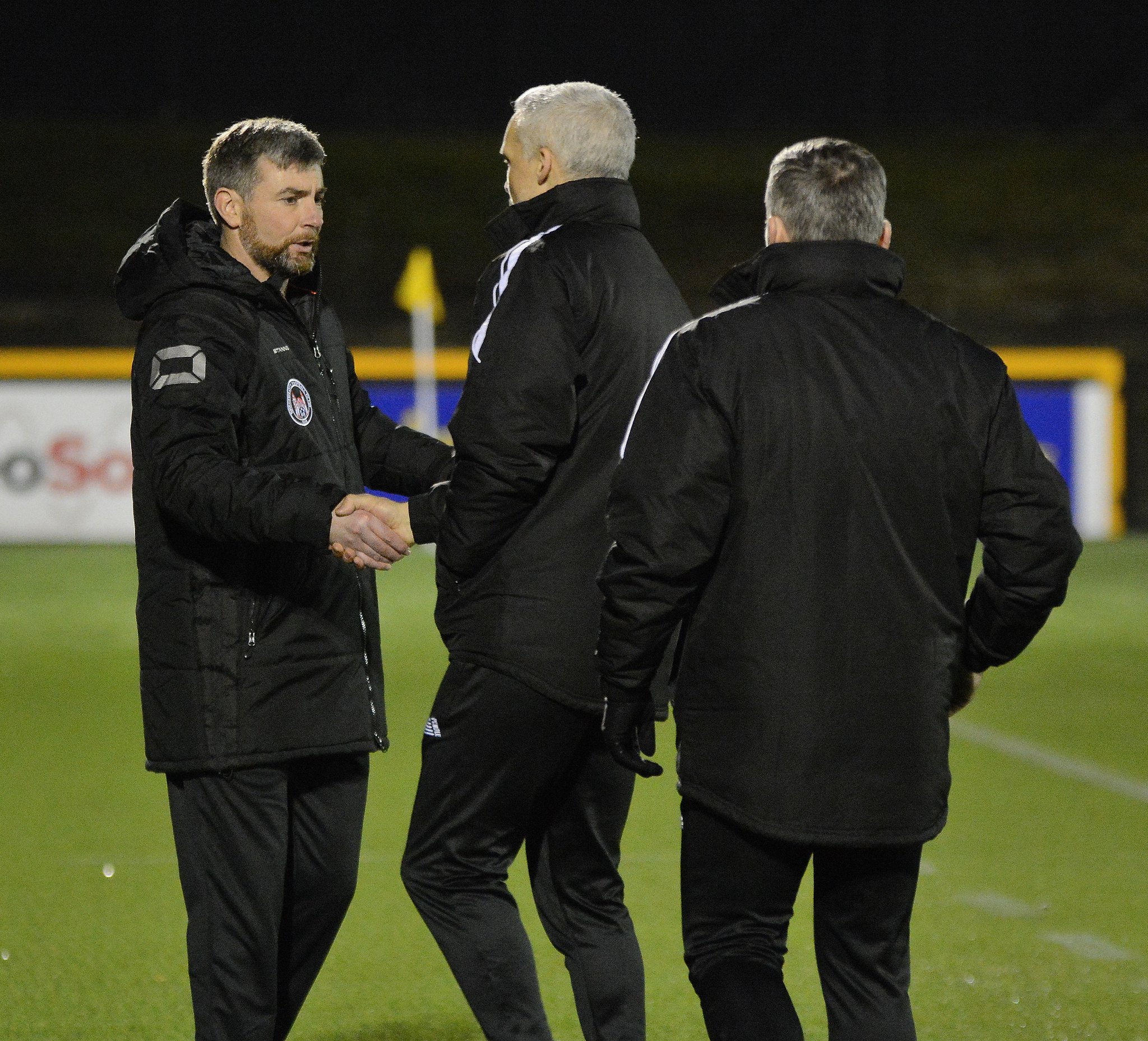 jim goodwin after victory in the scottish cup

When the draw came out we knew it was the potential to be a bit of a banana skin, Brechin City are a decent team, I know they have had an up and down couple of weeks beating Forfar Athletic 4-0 and then losing heavily last week to Arbroath. I thought my players managed the game brilliantly with a very professional performance from start to finish, we knew we would have a lot of the ball and I thought we moved the ball really well at times in games like that you can drop the tempo and it gets a bit slow and mundane but the players never allowed that to happen and we kept passing and probing and looking for the right opportunities to get forward. The game finished 3-0 and we are delighted with that but I thought we could have had other three or four goals on top of that. A clean sheet, plenty of goals and a decent performance for the fans as well, so all round a decent day.

We played to our strengths today, getting the ball down and passing it about, the pleasing thing for me today is we did this for the majority of the game and had 75% of the possession which we expected, but I was more satisfied of what we did with it and the amount of opportunities we created. At 1-0 at half-time Brechin City were always in the game but it was pleasing we went out and got the second goal so early on in the second half and the game then became a little more comfortable.