Alloa Athletic bounced back from the disappointment of losing 3-2 last week at home to Arbroath, by ending a run of over five years without a win at Glebe Park. This win and display was good as “The Wasps” have promised all season and no one could doubt the style and good football the team displayed in handing Brechin City their 1st defeat this season at home in the league. After dominating the first half, Paul Hartley’s side could have been stunned by Brechin City taking the lead when striker Andy Jackson scored his sixth goal in six games, but their response was positive, Robert Thomson bulleting home the equaliser in 65 minutes before, man of the match, Kevin Cawley deserevedly put the visitors in front. Alloa threatened to increase their lead in every attack and looked to add to their tally. Martin Grehan looked like a man on a mission when he came off the bench, feeling aggrieved that he had not started the match he looked hungry and with two minutes left scored a memorable solo goal to win the match. This was a great team display against a Brechin City side who will not lose too many games at Glebe Park this season, but on the day Alloa Athletic were clearly the better team. 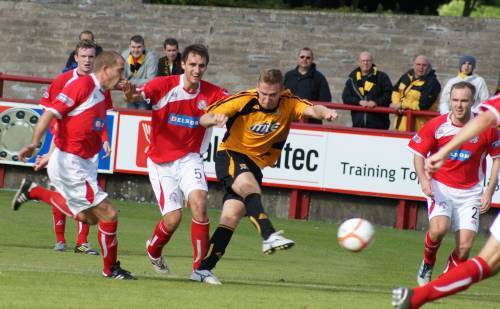 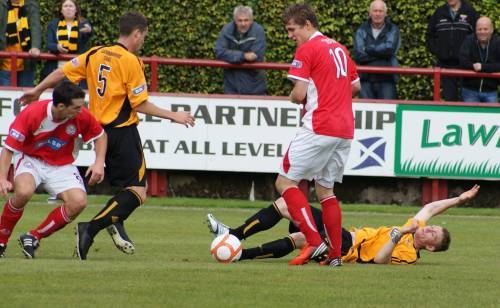 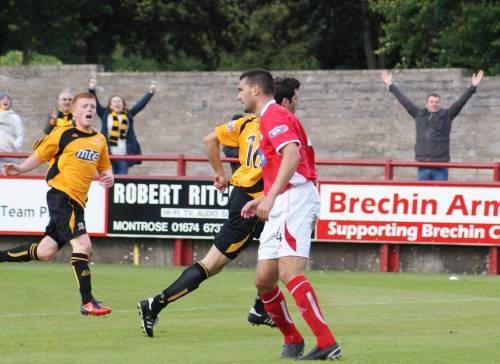 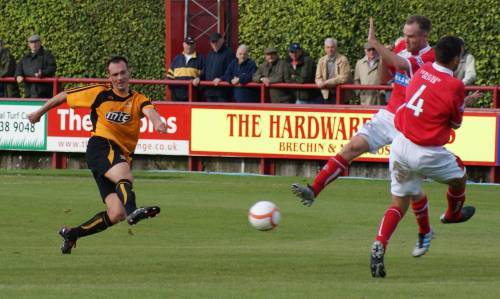 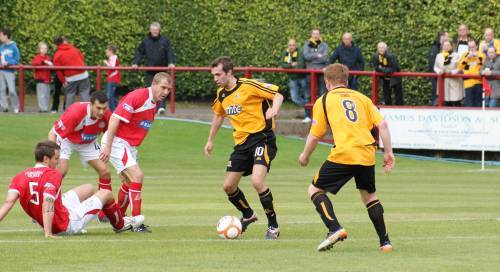 paul hartley after win at brechin

I am delighted with our performance a tough place to come and win. I thought in the first half we were excellent it was a bit like last week without getting the goal. I thought some of our play was outstanding at times when we passed the ball, they couldn’t get near us. In the first ten minutes we created some really good chances but we were a bit erratic in our finishing. In the second half I think they had had a bit of a rollicking from their Manager at half time because we dominated it and they had a spell for 10 minutes when they got the goal and then it is how you react after that but the players reacted brilliantly, they were magnificent today with the goals that they scored. I was going to take Robert Thomson off but then he scored the goal and then we scored another good goal ., I thought it was a really good team performance away from home and it’s not an easy place and it shows you the way we can play football. We are a passing team we always play in the right way and I thought today it could have been five or six, that’s the way we played today but that has been coming . The first four games of the season we have been fantastic , we’ve just not been getting the results in so it takes us into the break now with two home games coming up, we just like to give the boys the rest that they deserve, that is for sure and be ready to go again. Robert Thomson had a great strike and he took his goal brilliantly – good for Grehan to score as well – he was left out in the starting 11 today – I thought I would change it today and get a little bit of pace in behind – he came in and showed his composure, great team performance. Kevin Cawley gives a great performance every week – he maybe doesn’t get the goals he deserves, he may have felt that he should have scored but I know what I am getting off him, every week he works his socks off and he has the quality to work with that. I am pleased with the first four games but we have to keep it going.