This game was one not to be missed with Alloa fighting back after losing an early goal to play some of their best attacking football, in the first half Kevin Cawley, Nicky Low and Eddie Ferns were at their best and “The Wasps” should have went in at half-time more than 2-1 ahead, Graeme Holmes hitting the post and goals from Eddie Ferns & Stephen Simmons ruled out for offside. However in the second period the introduction of Alan Trouten from the bench changed the game and for the second time within a month “The Wasps” had lost out in a five goal thriller. 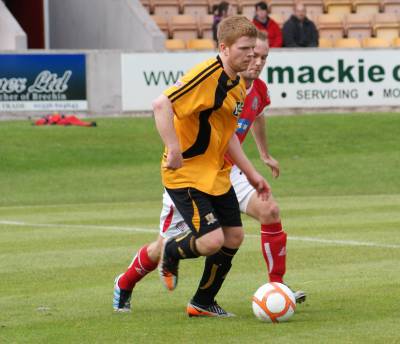 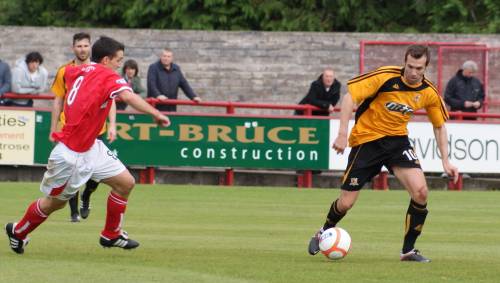 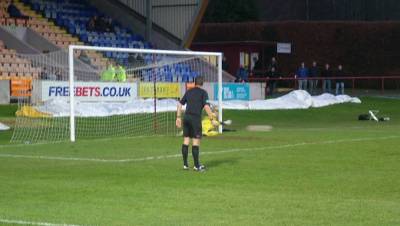 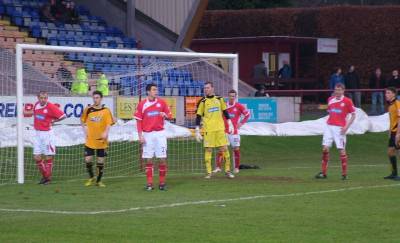 PAUL HARTLEY AFTER DEFEAT AT BRECHIN

I thought we played really well in the first half, we lost an early goal, but the response of the players was different class. The game could have been out of sight in the first half but that is what happens in football you have got to play for the full 90 minutes. In the second half we didn’t really get going, it was a wee bit scrappy, they dug in and got their goals, it was bad goals from our point of view but I thought the first half was terrific – the players gave it everything they kept going until the end – I thought it was a terrific game of football, I thought it was end to end, both teams tried to win the game and there was some great football considering the condition of the pitch. So we have to regroup again and it means that Brechin are a little bit closer to us – the players always respond well after a defeat and we have to make sure they are ready for next week. I thought our players were terrific, their attitude is first class and they have great desire and determination not to get beaten but it was just one of those days, that is what happens in football – there are periods throughout the season when they will lose games – they work hard and put a lot of effort into it and a lot of quality and they will go again they are a great bunch of boys. Our first goal was a great strike from Kevin Cawley who was terrific in the first half – I have told him to be a bit more positive and get more shots on goal. Eddie Ferns done well down the left hand side as did Nicky Low , who again did well, these three players were excellent today and caused Brechin all sorts of problems. To the extent that Brechin had to make a substitution at half time because of the problems we caused down their right hand side. We had them on the back foot in the first half and then they changed it in the second half and became a bit more solid down that side and we didn’t have as much penetration – Eddie Ferns has came from amateur football and he has not played a lot of senior football, he is still very raw and he gets tired but he has great pace – there are players out there and we are always willing to give players a chance. I thought it was a terrific game of football – one week you can be up and the next week you are down. However we will regroup we look forward to the game against Arbroath next Saturday.