Saturday’s defeat against Brechin City was a sore one to took, given the chances “The Wasps” had to score and in general their play and commitment which deserved better. Brechin City went into the game on a rich vein of form, having only lost once in past 17 league games since Ray McKinnon took over, but it was Alloa who had the best chances – Alex Pursehouse clearing a Calum Elliot shot off the line, Michael Andrews denying Calum Gallagher after the youngster had broke through, another Calum Elliot effort all in the first half, however Brechin held firm and hit Alloa on the counter attack, Alan Trouten not for the 1st time this season, scoring against “The Wasps”, back came Alloa with Michael Andrews being by far the busiest keeper, Garry Brady then cleared anther Calum Elliot effort off the line, the keeper again smothered an effort on the line and in the final minute when a chance came when the keeper missed a high cross Calum Elliot blasted high over the bar with the goal at his mercy, it just wasn’t to be his day. 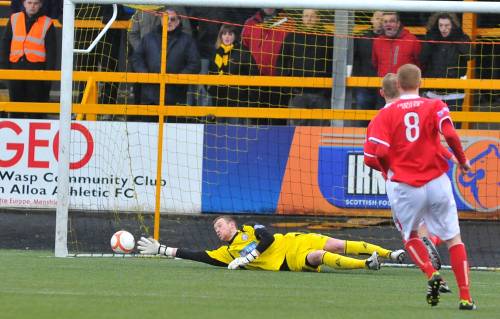 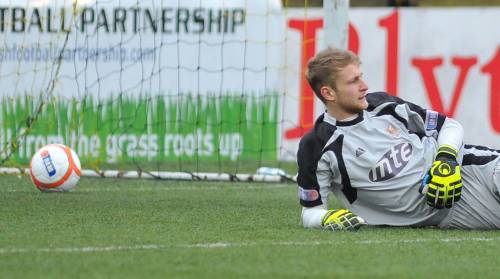 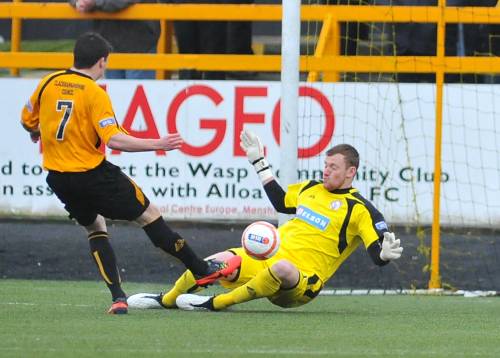 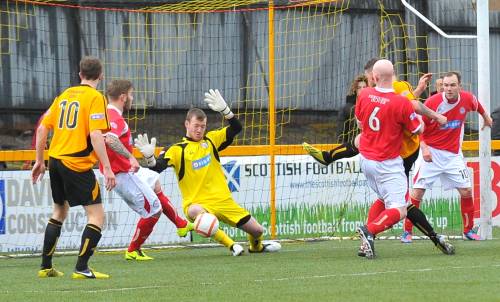 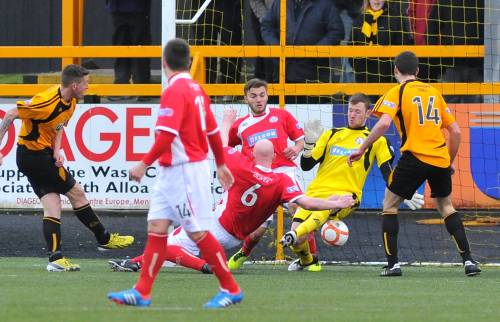 We didn’t deserve to lose, that’s for sure. We had so much play and possession and their keeper made a few great saves, it’s a sore one to take but we have to regroup again for next week, it will be another tough game, we still have seven games to go, we are still in a good position, but we need to maintain where we are. The Brechin City keeper had a fine game, he made some great saves and on another day we might have scored a few goals, but our overall play was great, we did really well, some of our passing movement was excellent, along with some good individual performances today. Next week will be another tough game against league leaders Queen of the South, but all the games from now until the end of the season are going to be just as difficult, we know Queen of the South are an outstanding team but we also know we can match anybody on our day. We need to keep going, I’ve just said to the players in the dressing room that I’m disappointed in the result today, but not their performance, I thought we played well in spells of the game and we also showed that we are another outstanding team at times but we need to keep it going and keeping our heads up.