“The Wasps” got back to winning ways at Stair Park against Stranraer on Saturday, but the scoreline hardly reflects how superior the visitors were on the day. Manager Paul Hartley was delighted with the teams performance but admitted that the game should have been out of sight by half-time. In the second half Graeme Holmes opened the scoring, his fifth goal this season against Stranraer! When substitute Ryan McCord increased the margin to 2-0 thirteen minutes later it looked like the game was won but a late goal from Stranraer substitute Robert Love made the scoreline look tight but on the day “The Wasps” were clear winners. 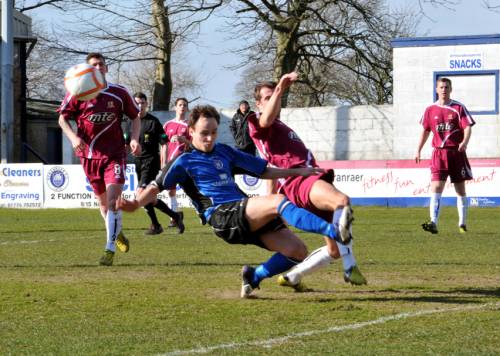 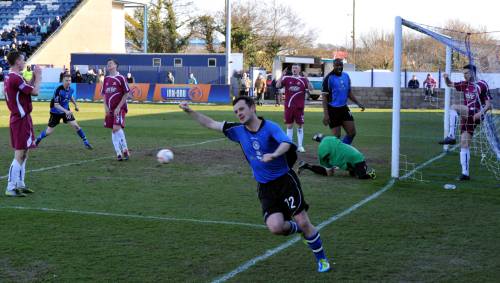 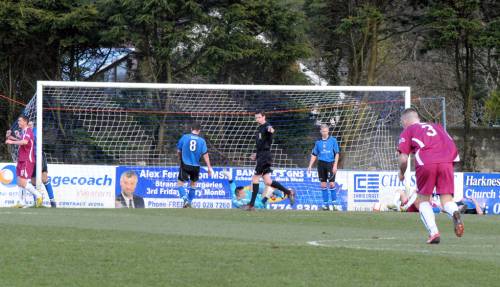 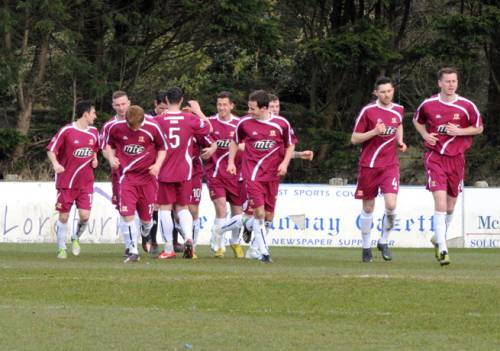 Thanks to Glenn Coulter for pictures from Stair Park.

It was a good performance from us today, I thought we were excellent. We should’ve had the game wrapped up by half time and you always worry when it remains level. I said that to the players to just keep going and play the same way, some of our stuff from the middle third to the front was excellent. We played well, It was a good three points because it is a tough venue to come and win. At two nil up, which was the least we should have been ahead, we then give a sloppy goal away and we hung in a wee bit towards the end but I thought overall we were by far the better team. I tweaked things on the hour with Martin Grehan coming off. I just felt I had to change it, we had to get that first goal and to be fair Ryan McCord coming on made a big difference and almost with his first touch he was involved in opening goal.  I thought I had to be fair to some of the guys from last week especially in the middle area who deserved to keep their place but Ryan’s shown his quality to come on and get the goal and set the first one up. I felt overall some of our football was excellent at times. We had a very bright start today and when you watch the game from touchline with the amount of possession and chances we created, we were just hoping to get a goal so to go in at 0-0 at half time was very disappointing. But the players kept going and got their rewards. I think we are a footballing team and we just kept telling them to keep passing the ball and we knew the chances would come. Graeme Holmes’ goal was a really good one. A lovely finish, good play and it comes from a set piece that we try to work on in training and then obviously Ryan McCord grabs the second so it was good for the midfielders to get on the scoresheet. It should’ve been more than the two but still it is three points at the end of the day. Still it would have been nice for the strikers to get a few goals especially Calum who is trying his hardest to get that goal but his play in recent weeks has been excellent. We are almost there in terms of the playoffs but we have got to keep it going. There is hard work still to be done. The players have been great this season and hopefully now with a big final effort we can get there.”