Alloa Athletic returned to winning form, defeating a Stranraer side for the 4th time this season who will be looking to gain promotion still through the Play-off system. There was no complacency in “The Wasps” display after their unchararcteristic result last week at Shielfield, Paul Hartley’s side desrved their 3-1 victory which could have been so much more but for the display of visiting keeper David Mitchell, who was excellent. The 2011/12 Third Division Championship winning side have now collected 75 points, only one less than Tom Hendrie’s 1997/98 Third Division Championship winning side who collected 76 points for the season and with two games and six points still available Paul Hartley’s side will look to finish the season in style. 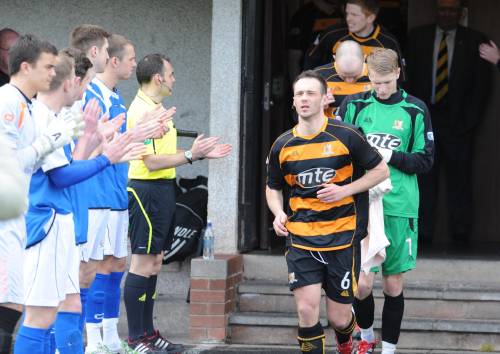 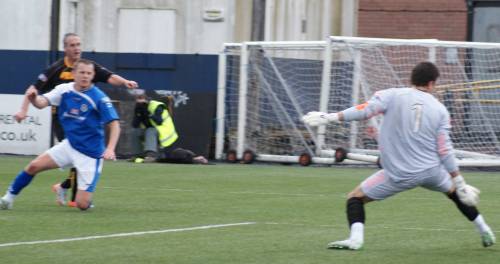 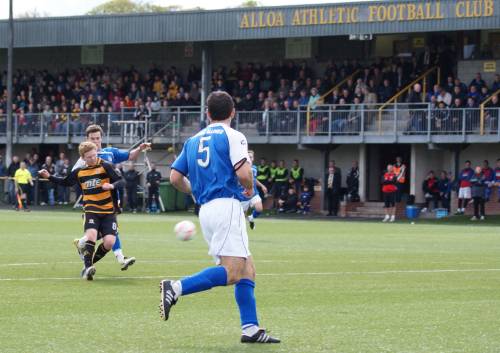 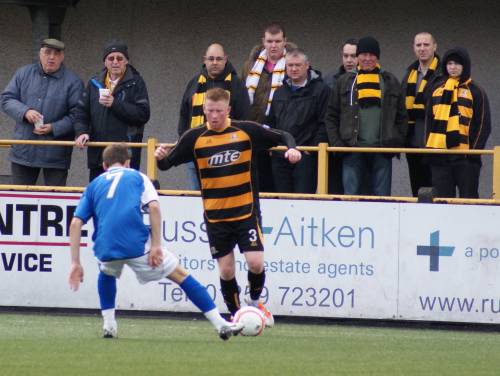 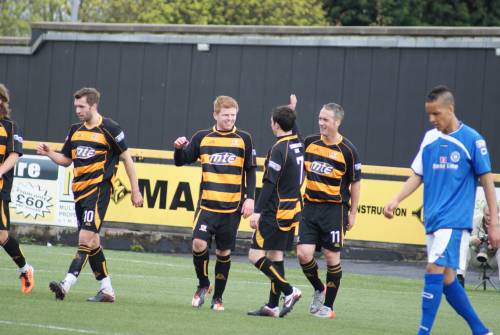 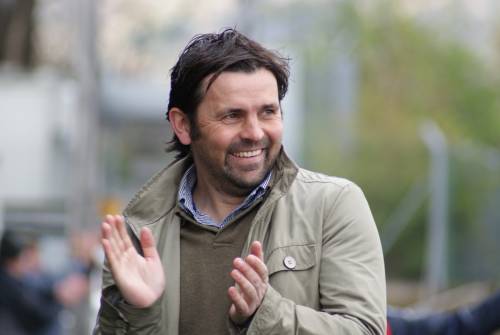 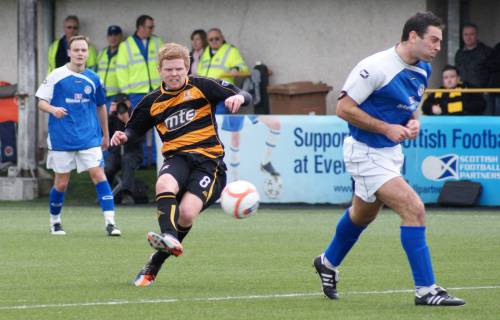 I am delighted – our performance was great today the players were tremendous and some of the football was fantastic today. We scored three goals and could have scored more. The goals were great – Ryan McCord’s two goals were outstanding and Robbie Winters showed his experience again – he was fabulous again today for us. I know what I get from my players – last week was most unlike us but it was because we had made so many changes but I did expect a lot better last week but overall during the season they have been absolutely magnificent and today again just shows how good a team we are. We are still hungry even though we have won the league we still want to win every game. I still want to finish the season on a high and we still have a lot to play for and get as many points and goals as we can and finish the season on a real high. The team have came on leaps and bounds throughout the season – they get better and better as the weeks and months have gone on – I know what to expect from my players and know the standards we have set. As soon as we clinched the league I started to look forward to next season and try to get things in place and try and improve the squad and try and make everything better but it will be a real challenge for us next year. There is no doubt about it – it will be much tougher and we will need to work hard and get things in place.