Paul Hartley’s “Wasps” produced their best team performance of the season so far at Stair Park against promotion rivals Stranraer. The team produced some of the best football by an Alloa Athletic side in a long while, great confidence on the ball, their passing football a joy to watch and four great goals in a match which really mattered. Certainly know one at the club is getting carried away, there is still an awful lot of football still to be played this season yet, but this was a game to remember. Alloa attacked straight from the kick off with the help of a very strong wind, it was important to get ahead and score goals with the home side likely to bombard the Alloa box in the second half. Although “The Wasps” went in 2-0 ahead at half-time the scoreline could easily have read 6-0 such were the chances on offer – Ryan McCord through, Stevie May shot, Ryan Harding shot, Stevie May cleared off the line, Stevie May/Kevin Cawley double save, Alloa’s football on the day won the game. Stranraer introduced the physical Michael Moore for the second half, but Alloa continued to play football and were still creating chances. The third goal by Stevie Masterton had class written all over it and how he celebrated with the travelling Alloa support who were rewarded for their loyalty with a “Game to remember” performance from every one of the Alloa Athletic players. Stevie May then added the fourth goal, his seventh goal in six starts for the club, extending Alloa’s unbeaten run to twelve league games. Special mention to Kevin McHattie who after the match returns to Hearts with the best wishes from everyone at Recreation Park after his loan period could not be extended. 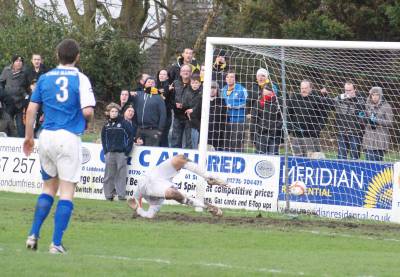 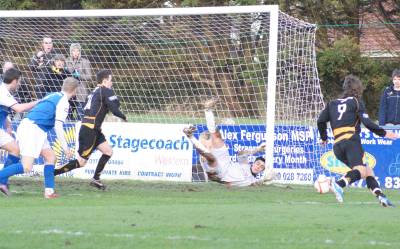 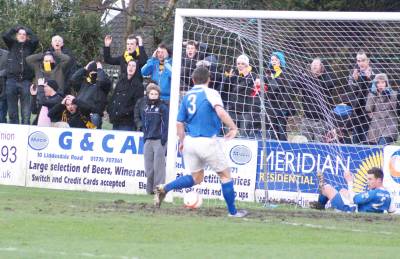 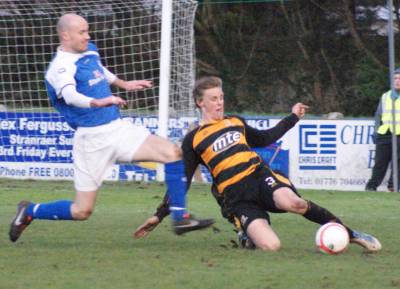 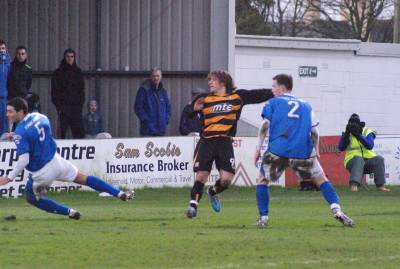 We were great today, outstanding, I thought in the first half we could have been five or six goals up. Some say the wind was a key factor in the first half but even in the second half I knew we would get more chances, but it was an outstanding performance throughout the game. The players deserve a lot of credit, it was a real team performance today, wonderful to watch, great work ethic in my team, but we need to keep going – Stranraer is a hard place to come to and a lot of people didn’t give us a chance today, a lot of people fancied Stranraer, but we showed what we are about we have got good players – May, Cawley , Masterton and Young, all good footballers and we try and play football that is for sure. We are delighted with the result we just have to keep our feet on the ground and keep going. We felt in the first 15/20 minutes just to get the ball down the sides and feed in some quality passes – which is what we had been working at in training all week – we knew the pitch would be heavy but we thought the game would settle down after the opening 15 minutes. I thought we played all the football today we were at it right from the off and I am really proud of my team we worked terrific today. The goal at the start of the second half by Stevie Masterton was a touch of class and really killed off Stranraer, Stevie May’s second goal was the icing on the cake – Stevie has scored seven goals in his last six games for the club and that is why he is here, we are delighted we have got him, we thank St Johnstone and hopefully his period here will give him great confidence when he goes back to St Johnstone at the end of the season. He is a young lad, he is still only 19 – he strikes a lovely ball. Stevie and Kevin Cawley up front are a handful for anybody. As I said it was a real team performance today and it was another clean sheet, we have lost only 1 goal in the last 4 games and I think overall the back 4 were outstanding, the goal keeper and young McHattie – it’s a pity he is going back to Hearts because he has been terrific for me since he has been here but it will give someone else the opportunity to come in and fill that slot. Overall the team performance was excellent. The score line certainly didn’t flatter us I thought we could have scored more goals but that’s me being a bit greedy. Some of the chances we had especially in the first half if we had shown a little bit more composure in front of goal we could have went in by a greater margin than 2-0. I said to the players at half time we would have to be warey of Stranraer in the second half as they would have the benefit of the wind. However, we coped well and our goal keeper did not have a lot to do. There was a flash point in the second half when Michael Moore fouled Kevin McHattie and I had a disagreement with the Stranraer bench at the touch line – you kick every ball when you have been a former player I think that is only natural but we will have a beer after the game and have a chat about the game. We are in a good position – Stranraer, Annan and Queens Park are all still real threats so we will not get complacent that is for sure. We do have a game in hand against Peterhead but you still have to win them – we have to recover now and I will give the boys a break this week and I will see them next Thursday because they deserve it and we go again next Saturday. It’s still a long, long way to go but we are enjoying it. We are trying to give the players time off because they deserve it – the pitch takes a lot of energy out of you so we said to the players we will see you next Thursday, it’s time to recover again and then we go again against Montrose next Saturday and then Peterhead on the Tuesday, our game in hand.