Alloa Athletic bounced back from last weeks disappointing defeat from Stenhousemuir to record their first home league victory of the season a game which was a complete contrast to the previous week. The most important thing was to make sure “The Wasps” collected three points today, but a home home victory by three goals to nil has to be pleasing, albeit the scoreline could have been so much more emphatic had chances been converted more clinically in the second half. 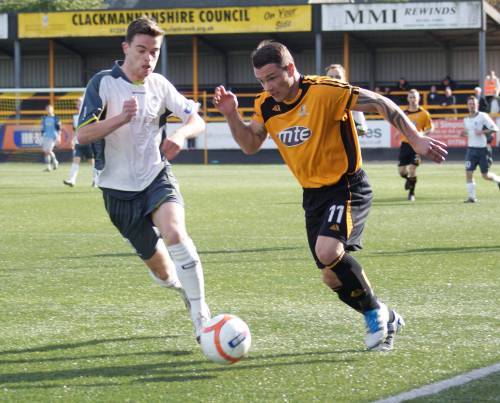 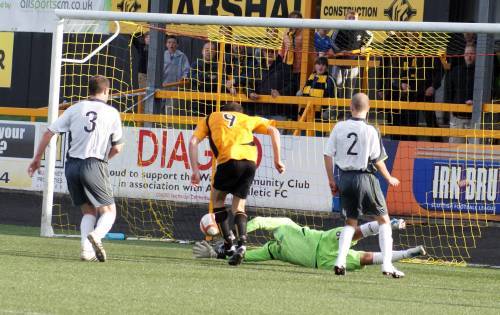 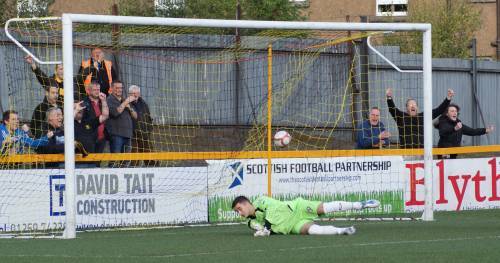 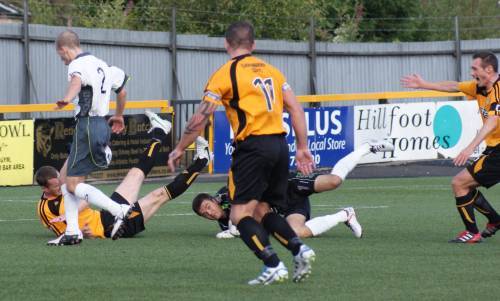 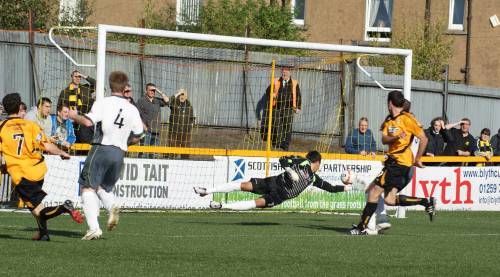 It was nice to get three points today we were always in control of the game even later when they went down to ten men we still controlled the game, we has loads of possession and could have scored probably more goals, we were a wee bit slack at times but today getting the three points was the most important aspect, certainly after a bad defeat last week. It was a big game for the team today, I was looking for a reaction after a bed defeat and I was confident I would get that from the players. It was good to get David Cox back involved again today, he played 75 minutes in midweek in a bounce game and he gave us a good 60 minutes today and I was pleased with that, it was like having a new player for us having been unavailable recently. I was glad to get our first victory this season at home, last season one of our strengths was our home form and we would like to try and rediscover that for this season, but we have to remember we have come up a division but any teams home form is always important. Nobody likes to see players getting sent off, but we have been there before ourselves, it is one of these things but sometimes it becomes even harder to play against ten men, but today we managed to pass the ball well and had good movement. Next week will be a tough game against the league leaders Queen of the South, they are the form team, they are going well, Allan Johnston is doing a great job there but we will make sure we are ready. We will go into the game with confidence and have a real go at them, it will be tough they are at home but on our day we are a match for any of the sides in this division. Kevin Cawley took a knock today and I took him off for precaution but I expect him to be fine for next week, he ran his socks off again today, got his goal and won sponsors “Man of the Match”. WE haved moved back up the fourth in the table after today’s victory, we will look to win as many games as we can and see where that takes us.