“The Wasps” were rewarded for their toils in making sure this game went ahead, from club chairman to supporters lending their hands to clear the pitch of snow. With Brechin City and Queen of the South not playing Paul Hartley’s men were keen to keep their home record intact, which now goes back over 4 months to 15th September, 2012 when they last lost a league match at Recreation Park. However they didn’t kick into first gear until Stranraer equalised, then in the final 30 minutes played some of their best football of the season, Graeme Holmes scored his first senior double and might have had a hat-trick, after hitting the post in the first half. 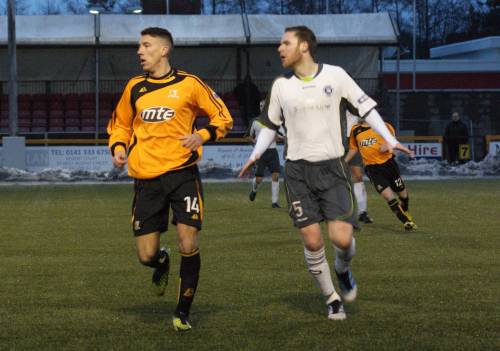 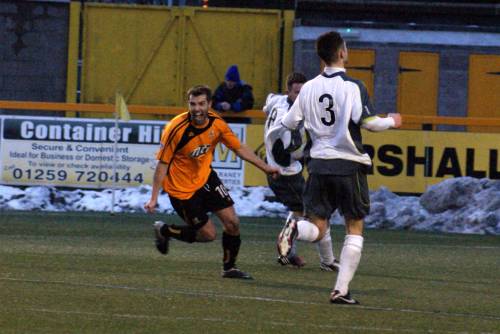 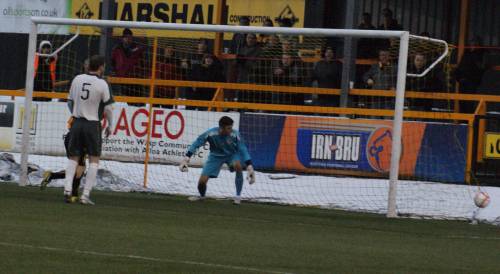 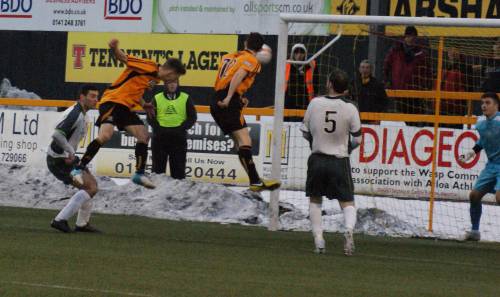 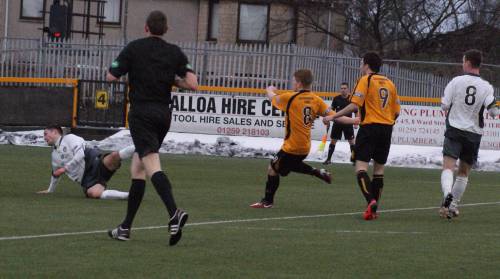 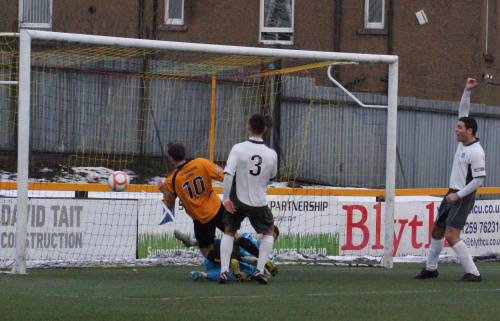 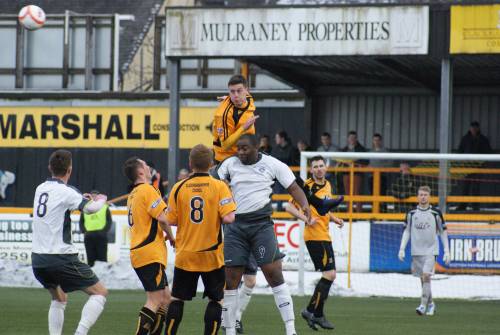 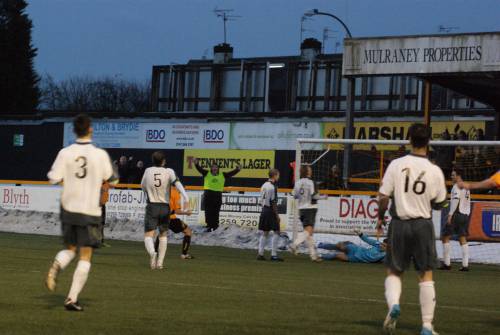 Very good three points, it was a good last half hour in the game – in the first half we were a wee bit pedestrian at times but I thought overall some good goals that we scored. It will boost Megginson’s confidence a little bit scoring a goal he has not played for a while and is still not 100% fit having not played a lot of match time but it was nice for him to get the goal – a good finish with a very good ball from Darren Young – pleasing for the strikers to score – Holmes gets 2 goals and McCord gets a goal so it was good. I think it was important to get three points with Brechin City and Queen of the South not playing, so we have now created a little gap which is good, our home form is terrific, we are undefeated in five months here so it is good to go into next week’s game with a bit of confidence.