“The Wasps” progressed to the 4th Round of this season’s William Hill Scottish Cup after a 3-1 victory against Elgin City at Borough Briggs, the sides meeting for the first time in the competition.

Alloa started brightly with Kevin Cawley and Liam Dick forcing the home keeper into early action, however it was the home side who took the lead after 26 minutes when Kane Hester put in Rory MacEwan who fired low into the net.

Gavin Price’s side who are on a rich vein of form took heart from taking the lead and Alloa goalkeeper Jamie MacDonald did well on a couple of occasions to stop the home side increasing their lead.

However in the second half “The Wasps” got the important early goal and an equaliser, Kevin O’Hara’s initial effort was parried by Tom McHale but Scott Taggart smashed home the loose ball. The tide had turned now and it was no surprise when Kevin Cawley put “The Wasps” ahead just before the hour.

At this stage it was more or less one way traffic and Alan Trouten looked certain to score, but his effort was blocked by home keeper Tom McHale but the alert Kevin O’Hara was on hand to win the tie for “The Wasps”. 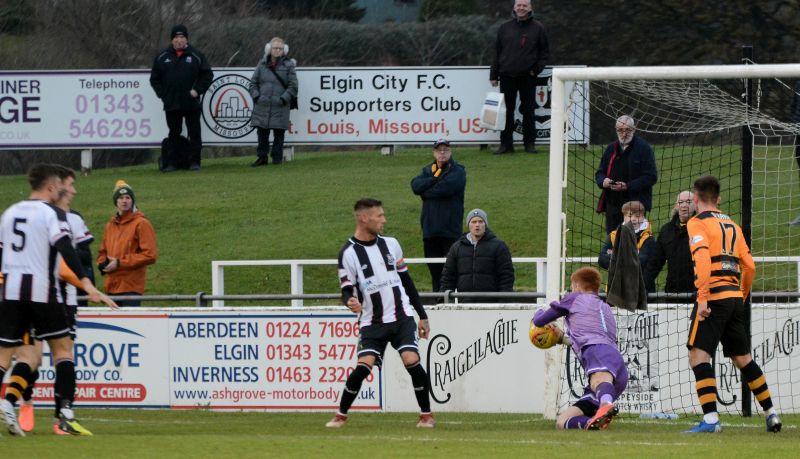 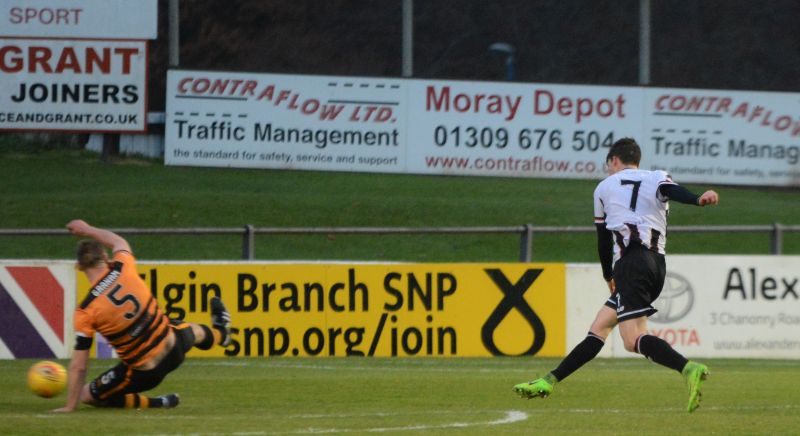 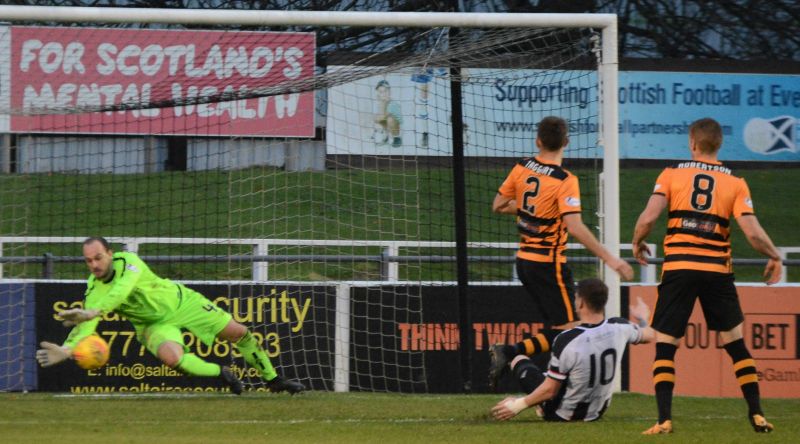 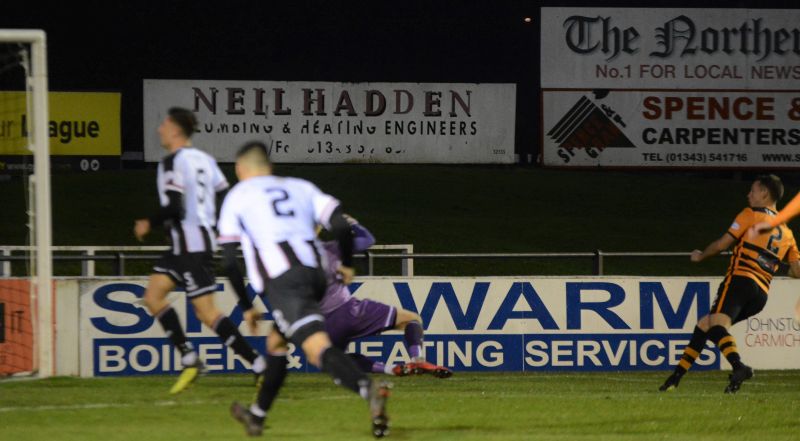 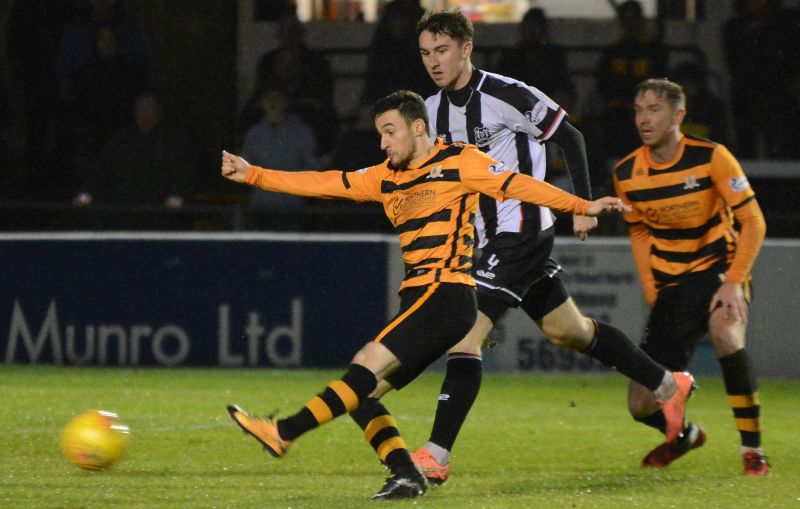 Kevin Cawley puts "The Wasps" 2-1 ahead

I thought we played a lot of good stuff in the first half but without really hurting the opposition, we had said we didn’t want to give Elgin a start and then lost a bad goal and Jamie then had to pull off a good save after that, which gave them a lift from our errors  in the first half. We have to give Jamie credit because he pulled off a couple of good saves at crucial times.

We dominated a lot of the ball but we knew how difficult it would be because Elgin City have been on a great run of form, I have watched them a few times and they are a credit to their league the way they play and they have very good players who can hurt you, we always knew we were in a difficult game, but cup ties are all about winning and I was delighted the way we responded and played in the second half and deserved our victory.

In the second half we got the important early goal and never looked back, we gave Liam Dick the first hour after coming back from injury and that was important because Blair Malcolm done his ankle the other night in training. Young Nathan Gilhooly came on to give him more first team action, he has been training really well and deserved his run out.

I was pleased all round I thought there was a lot of good stuff, yes there are things we still need to get better at we always know that, but I don’t think anybody could argue about the result and the main thing was to be in the draw for the next round.