“The Wasps” lost out after a penalty shoot-out in their opening Betfred Cup tie v. Elgin City at The Indodrill Stadium on Tuesday 16th July, 2019. peter Grant’s side were twice behind 0-1 and 1 – 2 before going 3 -2 ahead with fifteen minutes to go, but credit to Elgin City who never gave up and scored a late equaliser five minutes from time. 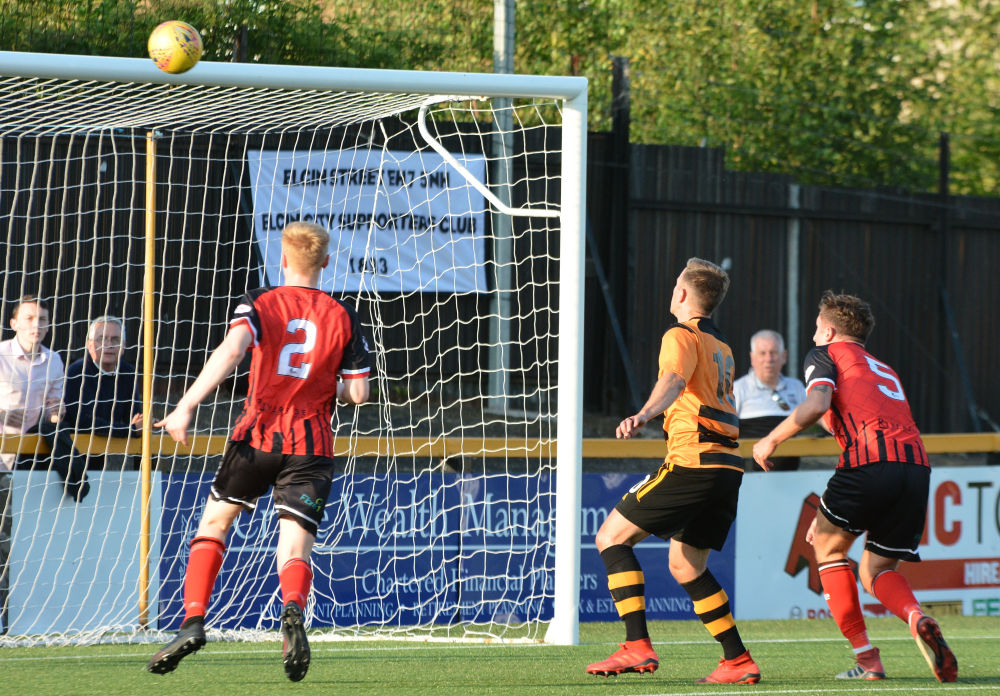 Alan Trouten watches effort come back off the crossbar 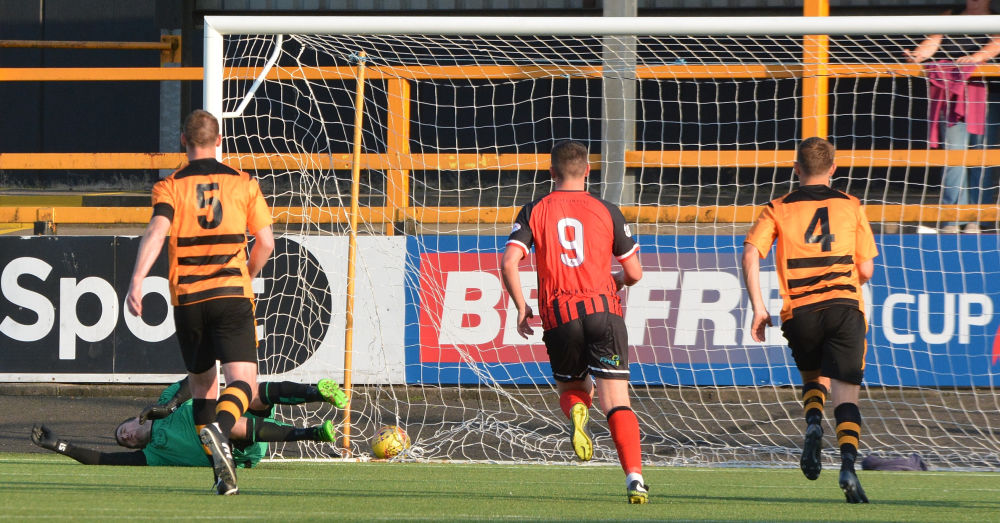 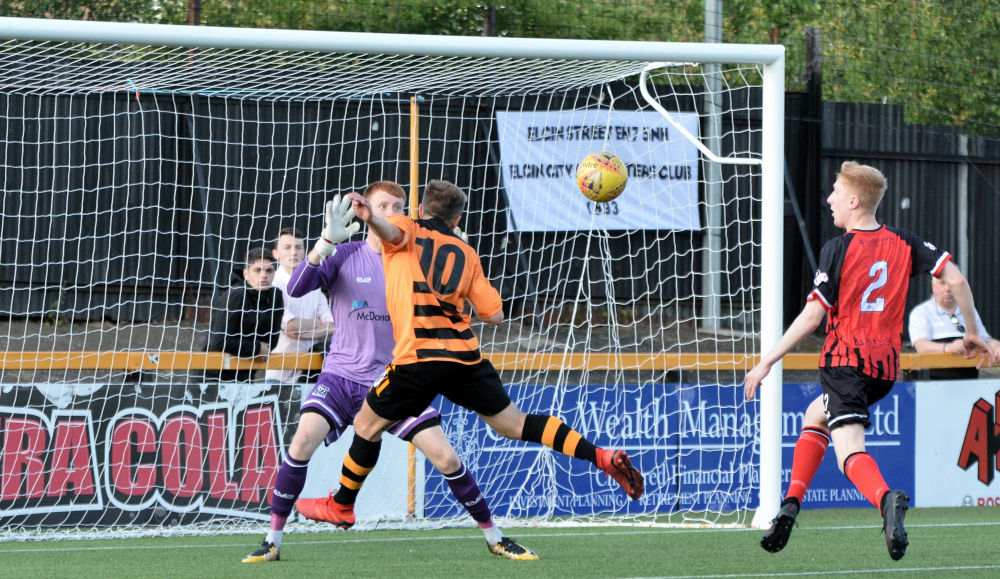 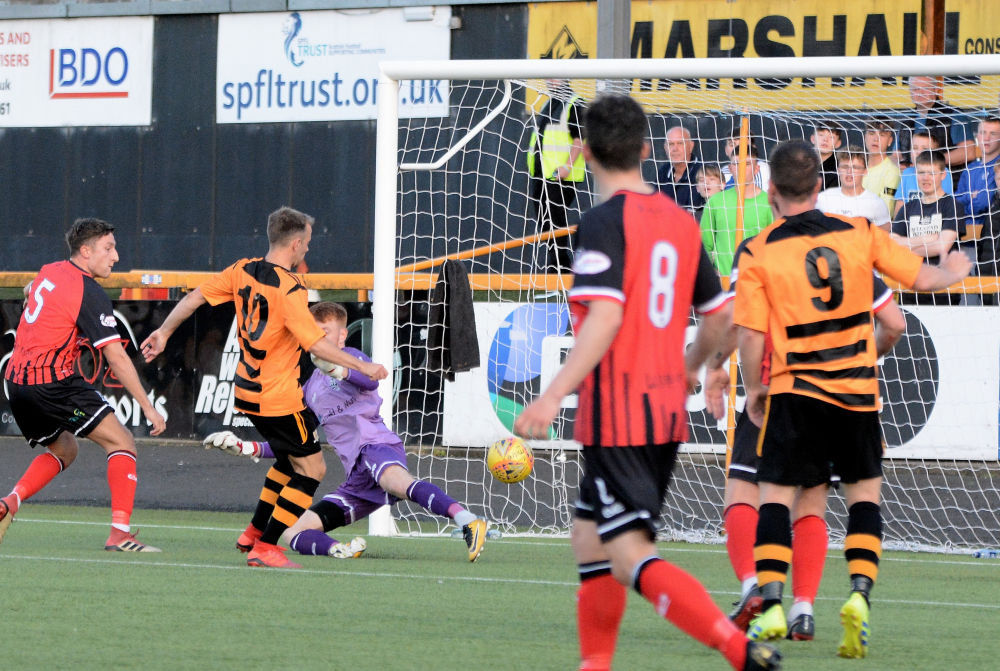 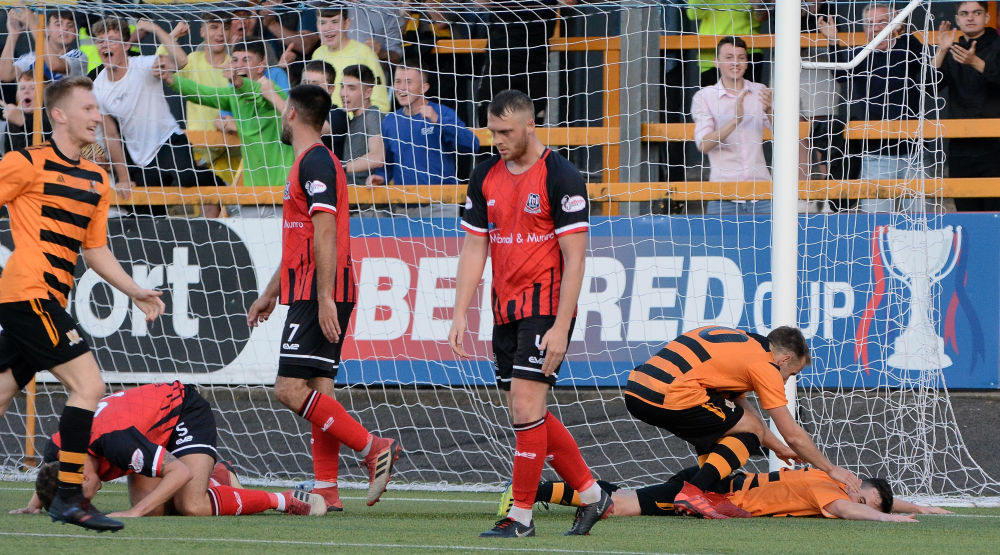 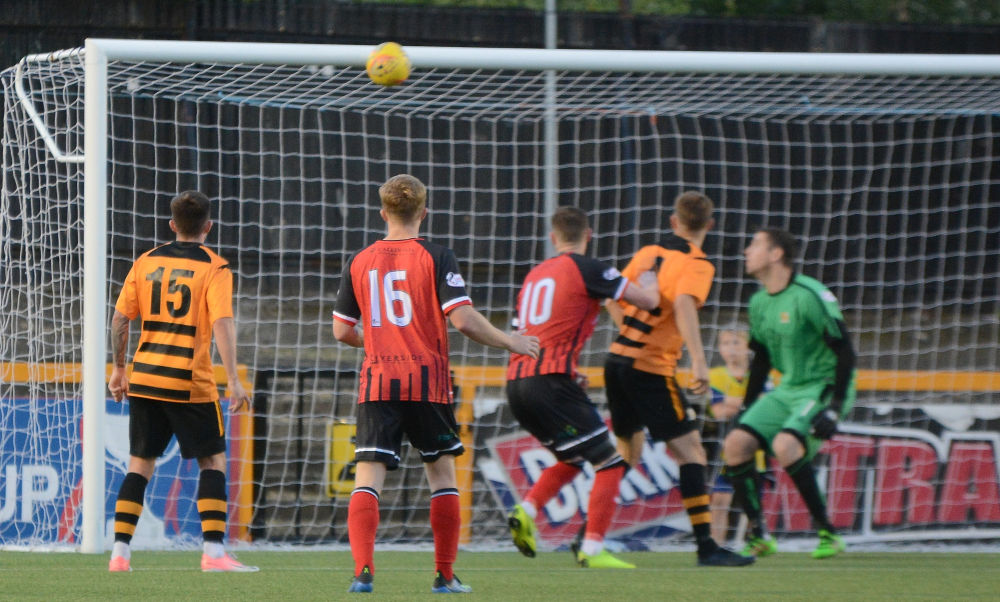 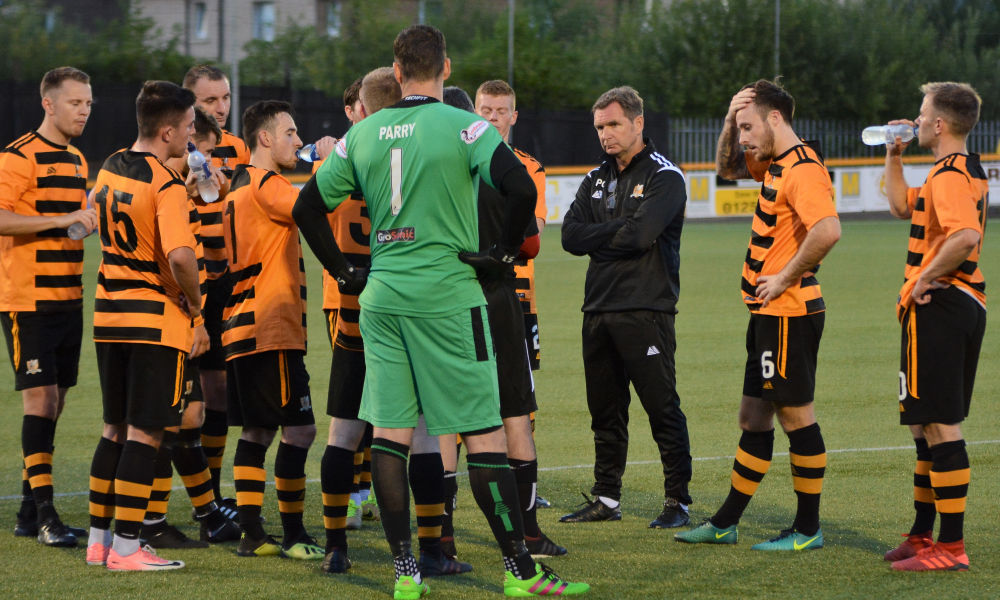 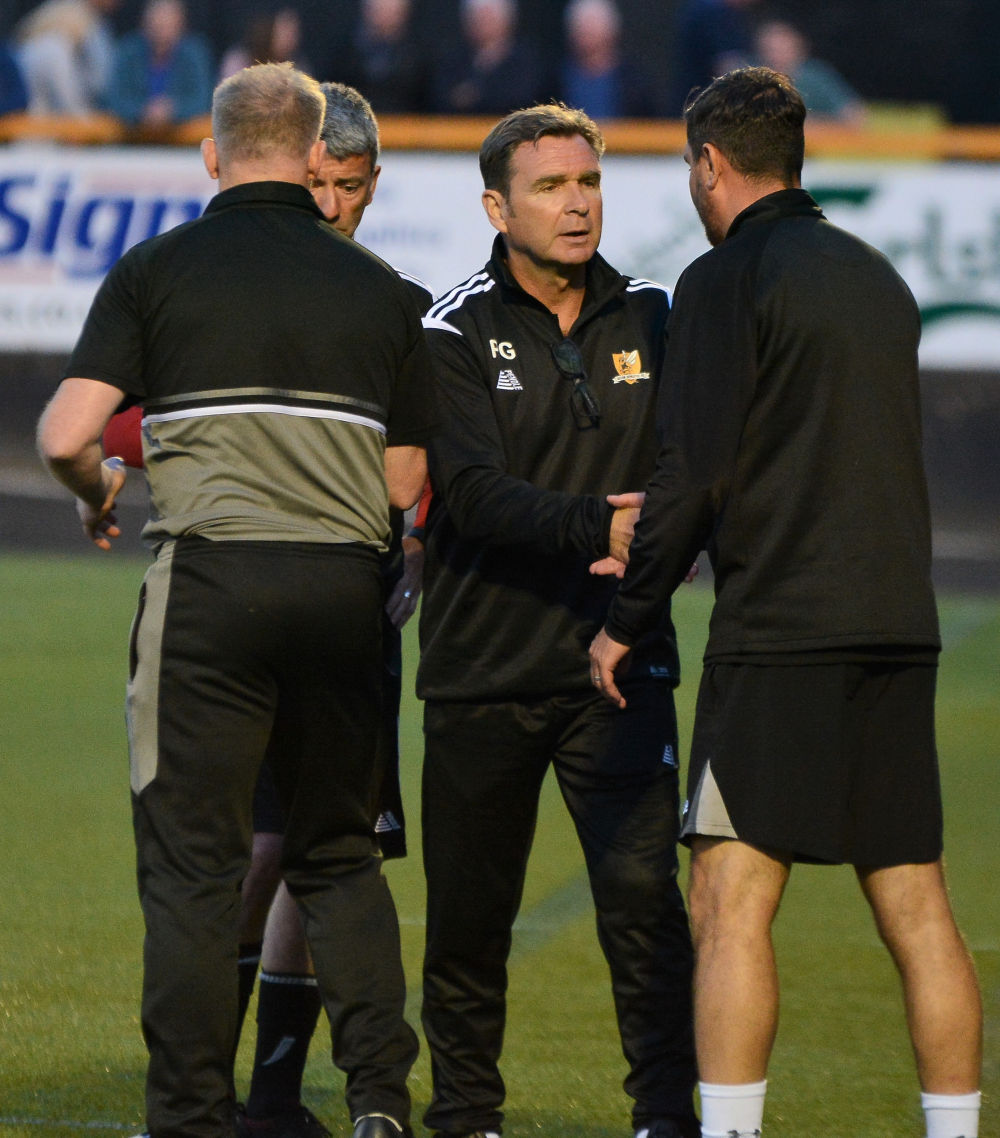 Obviously disappointed at outcome of tonight’s game but not the performance, the goals were disappointing, we had spoke about losing goals especially the second one, I had noticed in the Livingston game last week about our marking, I wasn’t happy with that, so we spoke about that and then conceded again tonight, “Robbo” apologised he is still a young man learning the game but we need that concentration level.

In general play, I thought we played a lot of good stuff but losing three goals from three set plays which we had spoken about, we shouldn’t be losing three goals from set plays and every goal we scored we had to work hard for. We had a lot of young boys on the bench this evening who had earned that opportunity; we are still looking to bring in new guys, which are important to build the group up which is important.

The cup is important for us, we want to win every game we play, that never changes and we will look to go and put out on a similar performances with the ball at Hibernian, but we need to be tougher with the ball and be hard to beat, we need to keep playing that way moving and turning the ball over but at set Plays, 80% in Championship are scored at set plays.

So pleased with generally our play but need to cut out silly mistakes.