Alloa Athletic won the The Scottish Football League Third Division Championship in style yesterday, turning on some of their best football of the season to defeat Elgin City 8-1 and put on a great show for their fans. This is now the tenth time the club have won promotion, eight of these have come since the end of the Second World War, the last time the club won the Third Division Championship was at the end of Season 1997/98 when manager Tom Hendrie’s side won with with a record of – Played 36  Won 24  Drawn 4  Lost 8  Goals For 78 Goals Against 39 Points 76 – Paul Hartley’s side have done brilliant,but I’m sure they will now try to beat Tom Hendrie’s record the side currently have Played 32 Won 22  Drawn 6  Lost 4  Goals For 65 Goals Against 31 Points  72. 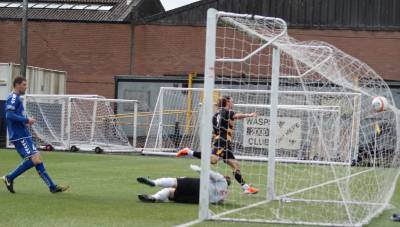 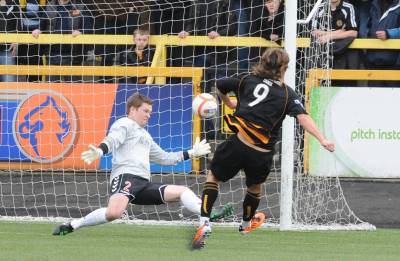 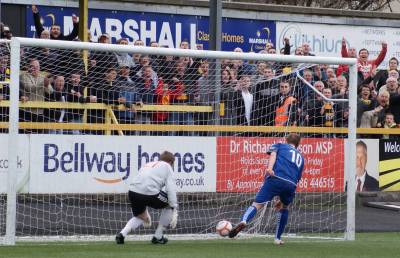 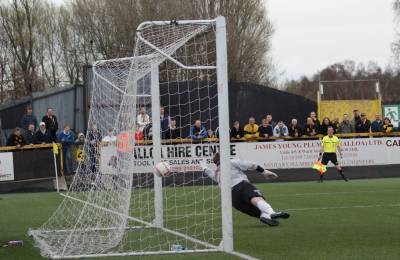 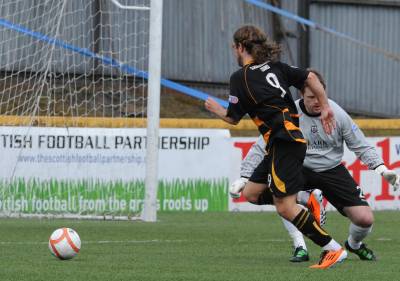 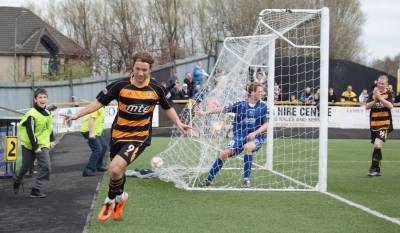 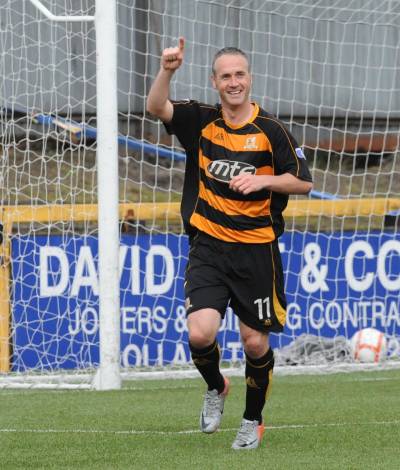 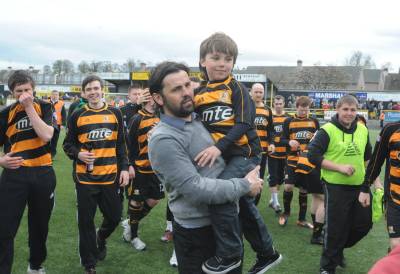 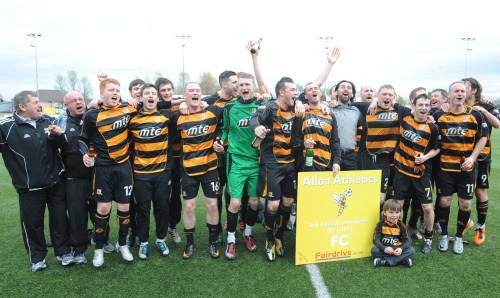 Honestly today is unbelievable – the way the day panned out and the way my team performed, I am so proud of them. It is a special moment for myself but the players have worked ever so hard, they deserve it. It’s all about the guys we are nothing without the players – we try and prepare them and get them as fit as possible – but once they cross that line it is up to them to. We need guys out there who are good footballers and do the business, they need a will to win and they have had that since the first day they came in for pre-season. I am proud of them it is a great achievement for them but today was just unbelievable, the way we played is the sort of football we have been playing most of the season and to score eight goals, I know they are down to ten men but it wouldn’t have mattered if they had eleven we would still have won that game convincingly, just because of the way we were at the game. Our performance and attitude I am so proud. I have done a lot in my career but this is my best moment and if you see the guys in there because this does not happen all the time – I tell them that – savour this, especially the young players – some of the older players have never won anything – my assistant manager, Paddy Connelly has never won a thing and has been in the game 20 years. This is my greatest achievement and I know I have won title with Celtic and the Scottish Cup but this is up there with the best. I will now enjoy the occasion and enjoy next week and take it all in. I will enjoy tonight, it is fantastic. It’s not an easy thing to do, to score eight goals at any level of football but Stevie May was on fire and he wanted to score and we could have scored more. Everybody wanted to score. The full team was magnificent. A magnificent achievement for us to have only four defeats in thirty two games – and we will look to win every game between now and the end of the season – we are looking to get as many points as we can. We have 72 points just now – Livingston won the league with 72 points and they were full time two years ago – this just shows you what our team is about – we have had to build from scratch. The fans were brilliant today, everybody was great, it’s a team effort here, that’s what we tried to do when we came in we wanted everybody to be positive because the club had been on a bit of a downer with relegation and we had to build again and people took a look at the Chairman and said it was taking a bit of a gamble getting relegated and taking on a rookie manager – I have got to give my Chairman so much praise because he did take the chance on me – anything I have asked for he has tried to give me and I am so pleased for him because he has taken a lot of stick over the last 18 months to 2 years. We are back to hopefully where we belong and we can try and kick on from here.