“The Wasps” are still looking for their first win against John Robertson’s Inverness Caledonian side this season and once again this is a game Alloa will back on believing they could have claimed all three points and not being happy with a point away from home, Alloa had the best chances in the game.

As early as the fourth minute Kevin Cawley had a shot from 20 yards which took a deflection and went just wide. After nineteen minutes Kevin McHattie was short with a pass back and Robert Thomson got in behind, but from a tight angle knocked the ball across the face of the goal.

Although the home side had good possession they never looked like threatening Kieran Wright who was making his debut in the Alloa goal. After 35 minutes Alloa took the lead, Kevin O’Hara being bundled off the ball by Shaun Rooney, Iain Flannigan making no mistake from the penalty spot.

Indeed the visitors might have increased their lead in the next attack when Kevin O’Hara crossed to Kevin Cawley at the back post with Mark Ridgers having to pull off a fantastic save.

Sean Walsh returning to the Inverness side after breaking his foot for the second time in six months came on and supplied the cross for Jordan White to pounce on and knock in the equaliser. Although this gave Inverness a lift the game could still have been won by “The Wasps” who always looked dangerous on the break. Five minutes from time Kevin O’Hara again provided a great pass to Alloa substitute Alan Trouten who was denied the winner by another point black save by the Caley Thistle keeper.

Then late in time added on Jordan White had to watch as his header came off the top of the bar and away to safety.

Thanks to Ken MacPherson from Inverness for pictures 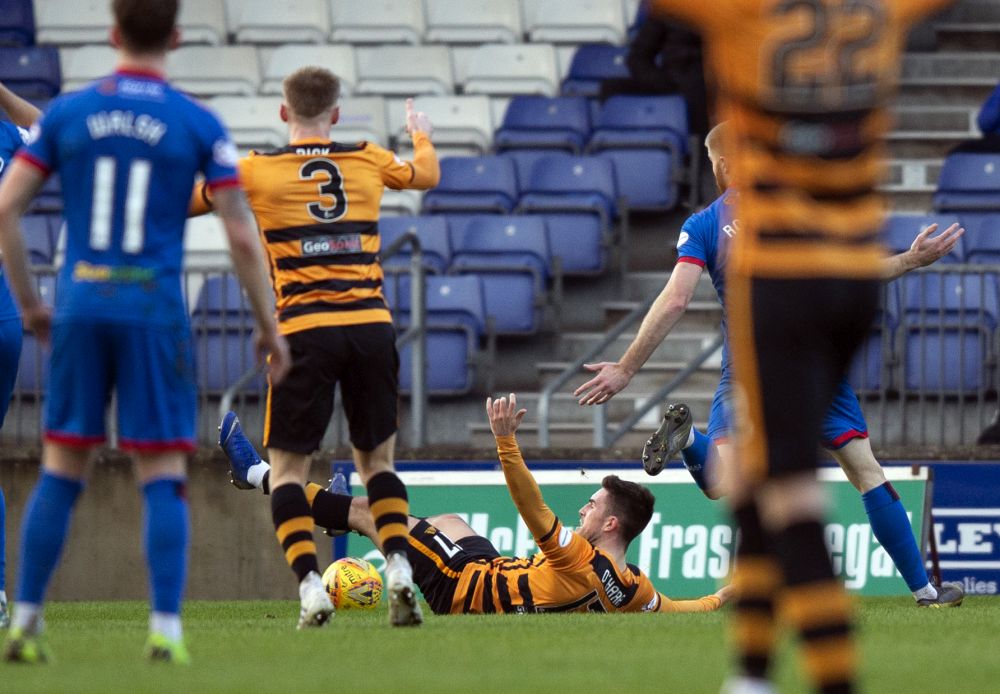 Kevin O'Hara fouled for a penalty

Flannigan makes no mistake from the spot 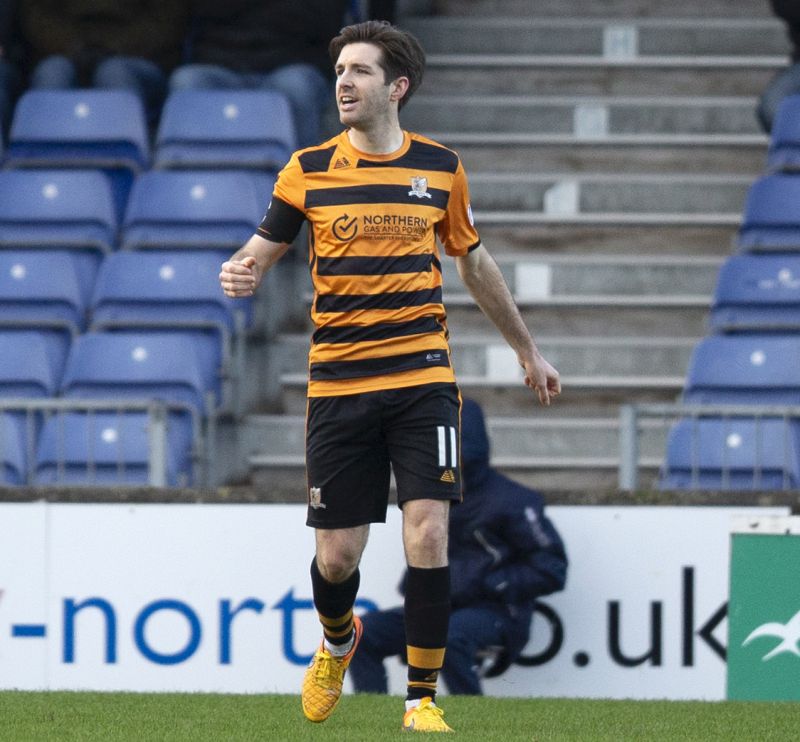 The captain shows his delight. 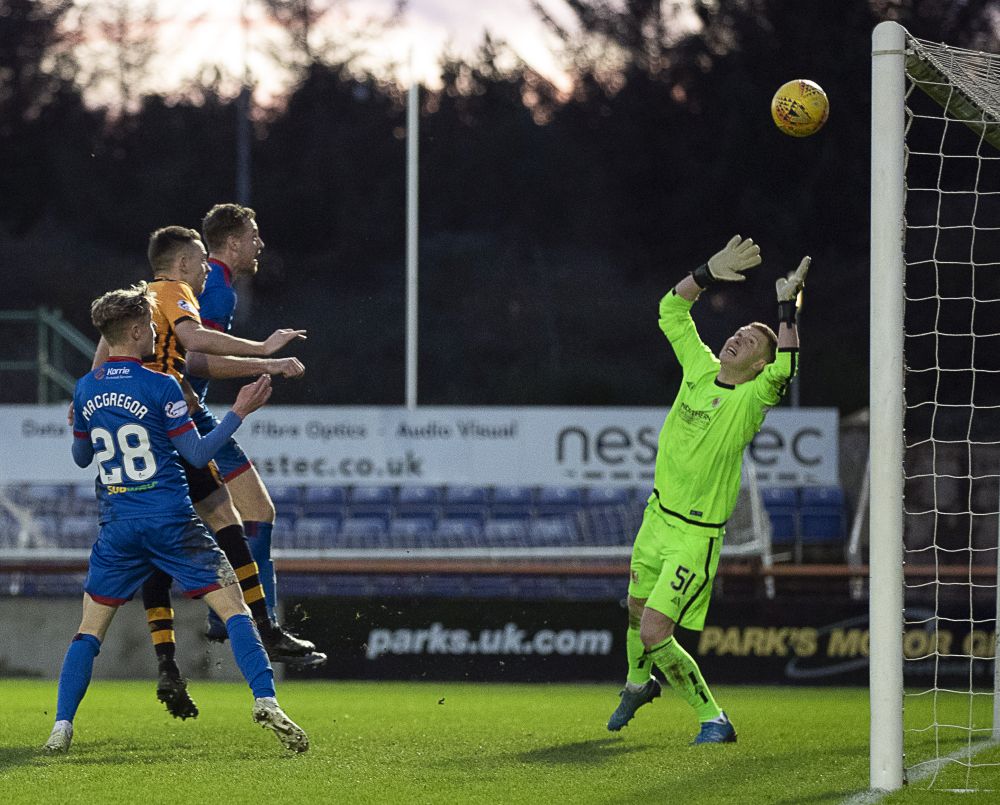 Final chance of the game hits the bar and goes over from Jordan White.