“The Wasps” will go to a final-day showdown to stay in the Championship next season after two goals in five minutes saw Inverness Caledonian Thistle turn the game round having been 1-0 down at half-time.

Alloa deserved better from the game but for the second week in a row having been 1-0 up at half-time they ended up losing the game 2-1 at a time in the season when results rather than performances count.

Alloa started the game brightly with Dario Zanatta causing the Caley Thistle defence problems on the left side of the park, setting up Jack Aitchison for the first chance of the game.

“The Wasps” took the lead after 27 minutes when Dario Zanatta clashed with Coll Donaldson inside the box and Alan Trouten slotted home his 19th goal of the season from the penalty spot.
Alan Trouten’s penalty gives Alloa the lead.

Alloa’s half time lead was richly deserved although only being one goal in front was sparse reward. John Robertson immediately made two substitutions at the break to try and get into the game. However it was Alan Trouten who had the best opportunity at the start of the second half but his effort flew over the bar with a goal looking on the cards.

Then came the two goals which turned the game on 68 minutes & 73 minutes, Shaun Rooney blasting home from the edge of the box and then Charlie trafford reacted quickest at a corner knocking the ball in at the near post.

With time running out Inverness were determined to run the clock down and a big shout for a penalty when Jamie McCart tripped and knocked over Andy Graham in the box but nothing was given, minutes later Connor Shields in excellent position fired into the keepers arms!

The final chance fell to Jordan Kirkpatrick whose hooked shot went over the bar, a cruel end to game Alloa deserved something from the game. Alloa have done fantastically well this season and a credit to all at the club, but it now goes down to a last day decider to stay in the Division. 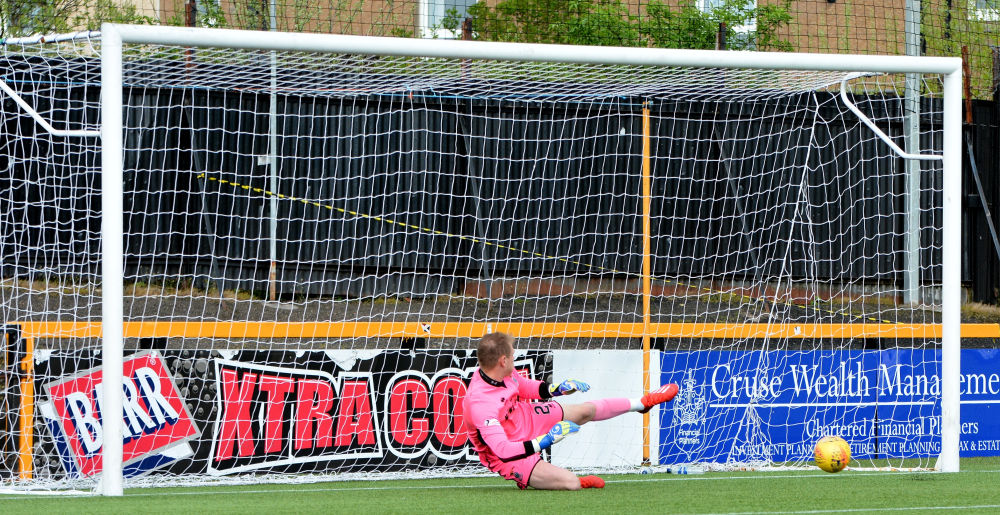 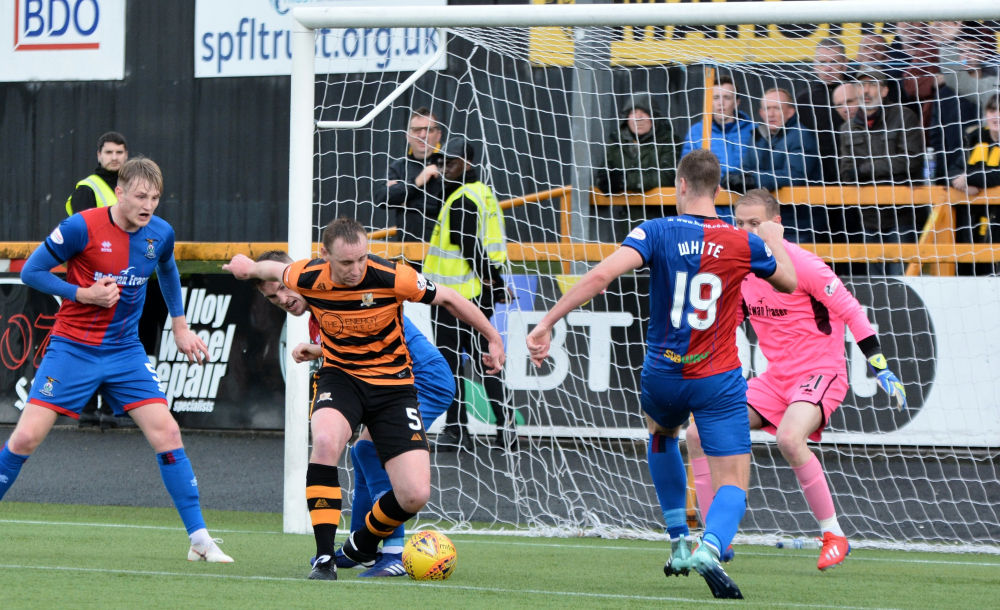 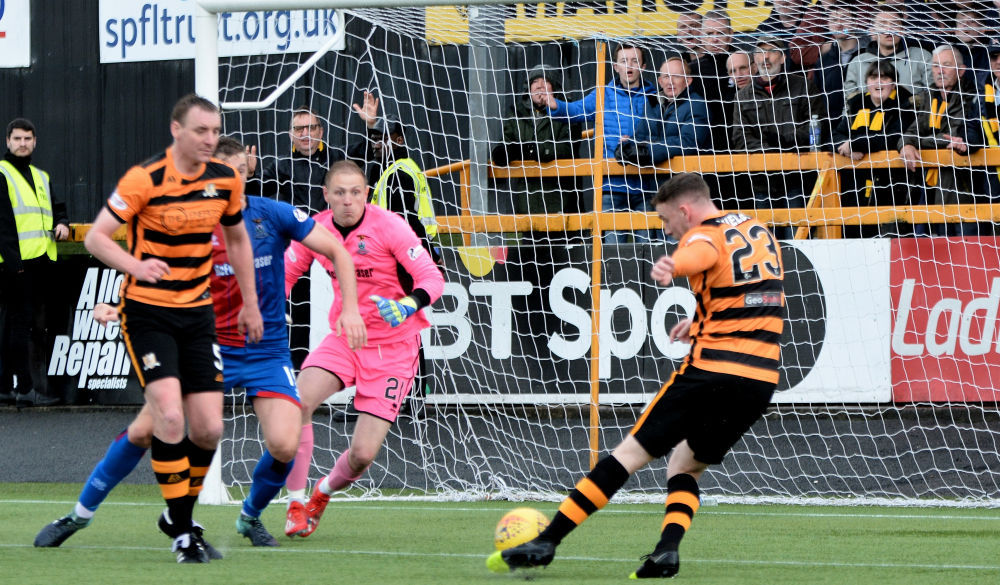 jim goodwin after defeat to inverness

We had been leading 1-0 with twenty five minutes to go and I thought at that point we were going to come away with something from the game but then to lose two goals in five minutes like we did was extremely disappointing.

It seemed like déjà vu from last week, we were 1-0 up at half-time, played well, got our noses in front and then done the exact same thing this week, I still thought we were worthy of something out of the game, so it is very frustrating.

There were calls for a second penalty, I didn’t get a great view from where I was, Andy Graham certainly felt he was kicked in the back of the leg and pushed over, whether it was or not we shouldn’t be relying on  the referee to do us a favour at the end to try and take something from that game. There wasn’t a great deal between the teams, Neil Parry had one very good save in the second half other than that I can’t remember him having a save to make. Possession wise it was fairly even, shots on target fairly even and we had eleven corners to their four, we were trying to win the game, it is as simple as that. The message at half-time was go out and do exactly the same but it’s that old cliché goals change games, the goals we lost were so disappointing and avoidable from our point of view.

It was frustrating at the end, Inverness got themselves in front and then tried to run the clock down, the referee added on three minutes initially which I didn’t believe was enough considering all the substitutions and the amount of time it was taking to get the ball back in play and then within that three minutes we had a skirmish for a minute and two or three players going down injured, you can add on time on added on time if the time wasting continues. I don’t want to make a big thing about it, it sounds as if you are clutching at straws, at the end of the day Inverness were well within their rights to run the clock down, we would do the same in their situation but I thought the referee could maybe manage the situation a wee bit better.

We had chances, Connor Shields had a good chance at the back post their keeper makes a good save, Kirky had a great strike it bounced away from the keeper but Jack Hamilton just needed to react a bit quicker but we just need to get over it as quick as we can, we now have one game left down at Ayr and we need to go and win it, it’s a simple as that. We will train as we always do on Tuesday and Thursday and prepare properly for a difficult opponent in Ayr United and hopefully we can go down there and win.

I personally think we should have been safe by this time that’s the frustrating part from my point of view it shouldn’t be going down to the wire as it is now going to be before Partick Thistle game we had won four games on the bounce, to be 1-0 up at half-time against Partick Thistle and then to lose was gut wrenching but then to do the exact same thing today is extremely frustrating and it’s that frustration we will have to try and get over as quick as we can, if teams had been cutting us open and creating chance after chance but the goals we have lost were poor we should have been closer to the shot for the first one and the second one is just a basic corner where we need to defend it better. I can’t point the finger too much at the players because they have been magnificent up to now but we just need to try and go again next week, their character has never been questioned and I know the boys will be ready we just have to believe we can go and win.