It is always difficult to look back on a game where you might have been happy with a point prior to kick-off but then reflect on what later in the season will be looked at as two points dropped.

Alloa had the best chances in the game, especially in the first half with Cawley, Shields and Zanatta all having good opportunities to get the important first goal of the game.

Inverness Caley Thistle are the only team in the Championship to be still unbeaten in the league so far this season and only last ditch tackles and good goalkeeping kept that statistic still alive especially in the first half.

In the second period Alloa still looked dangerous on the counter attack, Inverness CT did look brighter especially after the introduction of substitutes Daniel MacKay & Nathan Austin. However it was Dario Zanatta who came even closer striking the crossbar with fifteen minutes left.

Invernes CT had their best opportunity of the match with five minutes left when Daniel MacKay nearly ghosted in but Neil Parry reacted quickly to block the danger. Then in the closing minute the same Caley Thistle player brought down Dario Zanatta as he looked to break clear in the final chance of the game. 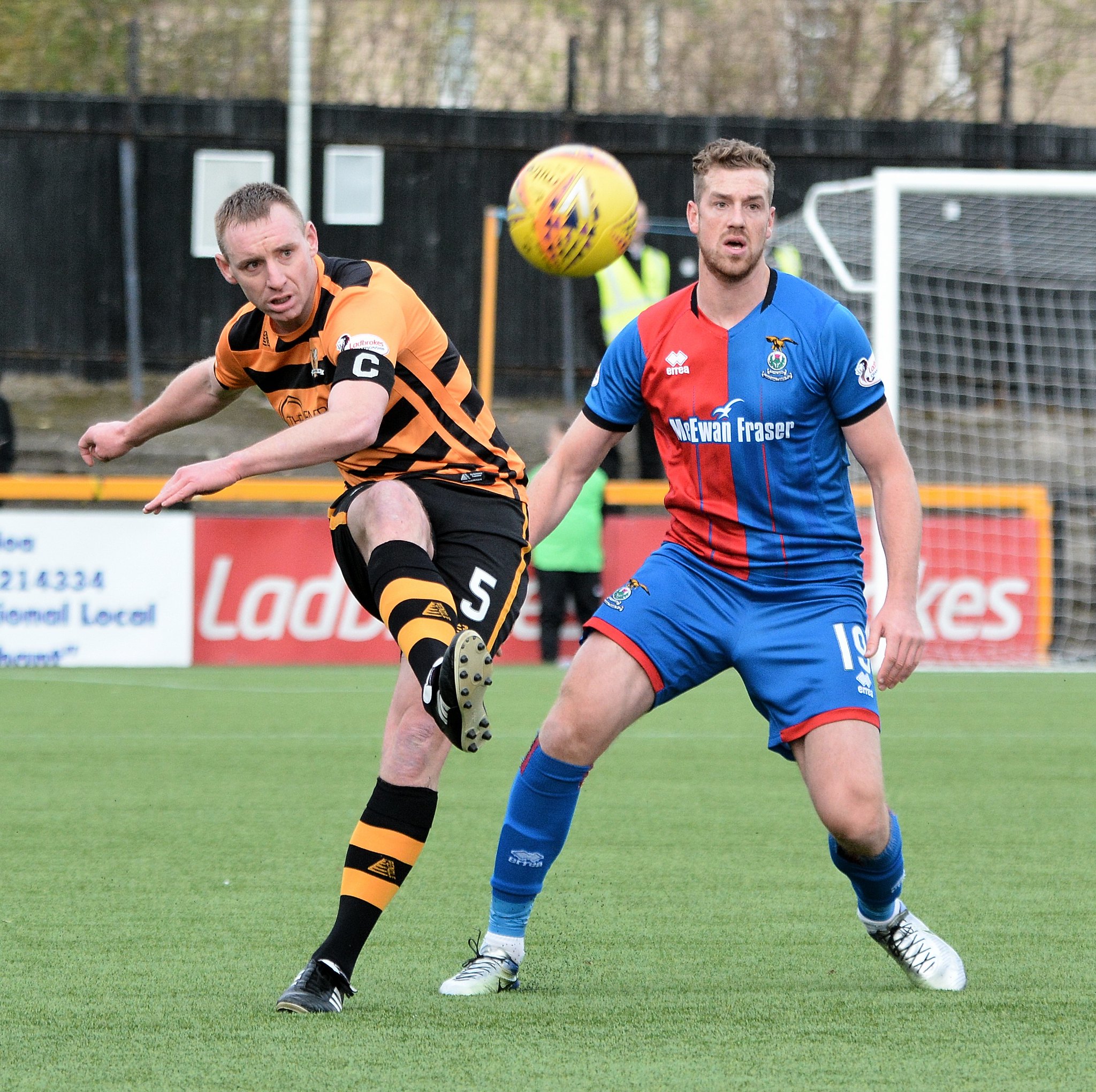 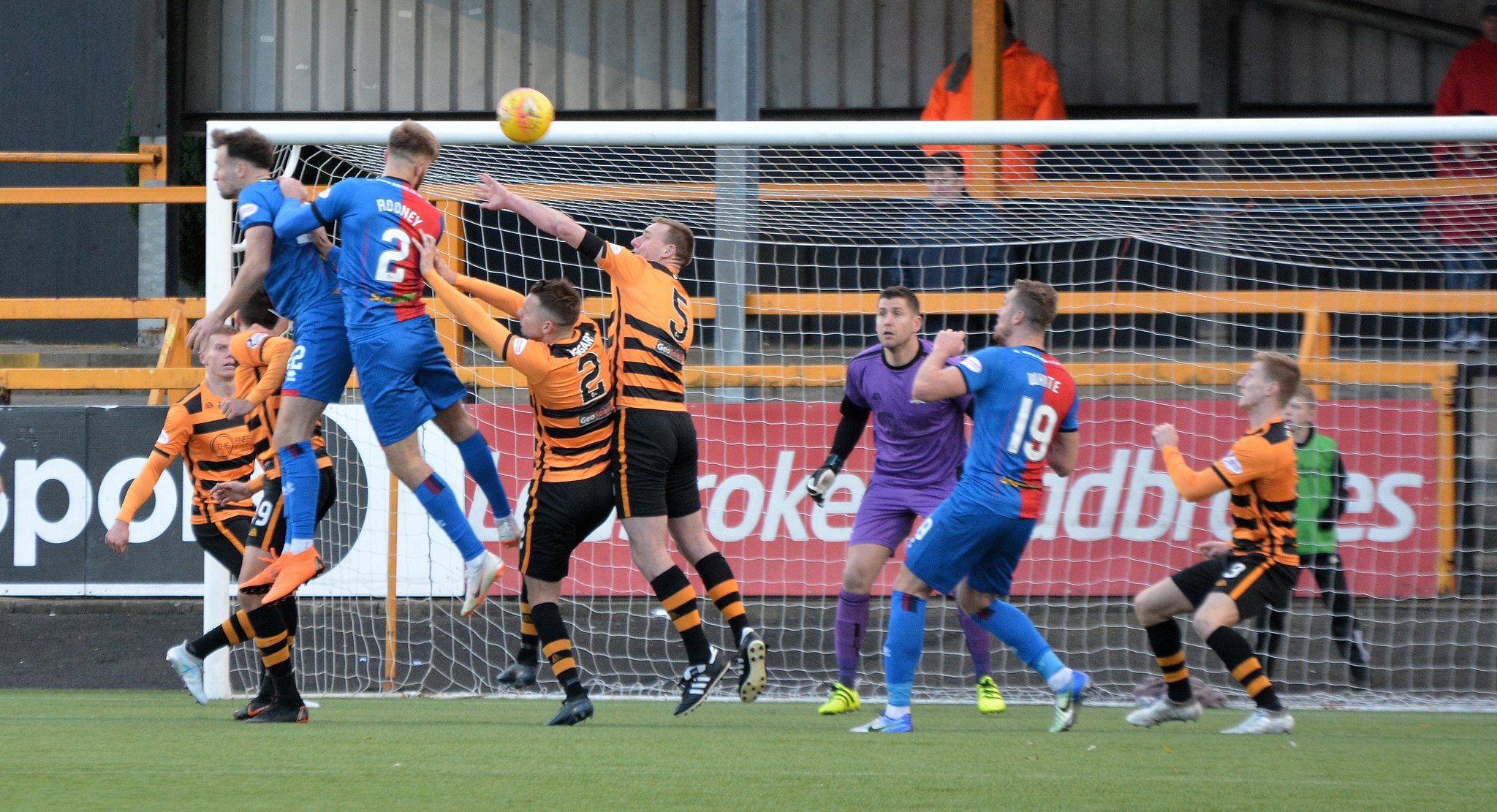 Prior to the game if you had offered me a 0-0 draw and a good point I probably would have took it,  but on reflection of the overall ninety minutes, I think we were the better team, we definitely had the better chances in the game and here I am standing here like I have done after previous matches where I have felt we have left two points out there. We have had five draws and I can think of at least three of these five draws we could easily have won these games, so we could be sitting with another five or six points on the board, but it is a good point Inverness are a very good team they have some really good quality players that can hurt you, delighted for my defenders again getting another clean sheet, which had been a problem for us, but two back to back clean sheets and it is another point in the right direction.

I think we had four excellent opportunities in the first half – Connor Shields had one, Kevin Cawley and Dario Zanatta all had clear cut opportunities and you are just hoping one of them would hit the back of the net. I can’t ask any more of the players, I think the pleasing thing for me is we are now ten games into the league and we now have eight points on the board, Brechin City showed last season just how difficult this league is, picking up four points in 36 games we have now managed eight in ten games, so hopefully we can now kick on and take confidence from today’s game into another very difficult fixture against Ayr United in midweek.

Our formation we have at the moment 4-2-3-1 only caters for one striker and I thought Dario Zanatta was excellent, I felt around the seventy minute mark we started to tire a bit and Inverness were running over the top of us a little bit in the middle of the park, so we changed it to a formation of 4 – 5 – 1 to stem the flow of the attacks Inverness were having, Greig Spence is a terrific striker that’s the reason we brought him to the club but at this moment in time there is a lot of players on my bench who are good players but can’t get in the team, that’s credit to the starting eleven but I want competition for places, I want people to be pushing and its important the boys on the park who have been selected know that if they don’t live up to the standard expected then there is somebody waiting in the wings to come in, but delighted with the performance another point in the right direction for us and we now look forward to Tuesday.

I was told it was my 100th match in charge, it’s hard to believe 100 games have went past already so quickly but I have loved every minute of it, I am very lucky to have been given the opportunity two years ago and I am delighted to be here, I’m enjoying my time here I have a great back room staff, people up the stairs and more importantly I have a great group of players who are now starting to believe they are more than capable of competing at this level and that’s what I want, people wrote us off before a ball was kicked, expecting us to be detached, but the fact of the matter is we are more than matching the opposition.

Two clean sheets have been great in our last two matches but today we were just not clinical enough, we got into great areas , sometimes making the wrong decisions but that happens with young players, one thing I can never do is fault their effort and if they carry on doing that they will be fine.