Credit to the Alloa players who after a hard days work before a midweek trip to Inverness along with their faithful loyal band of supporters never gave up after going 3-0 down after an hour, they could have folded and lost by a far greater margin. However as has been witnessed on many occasion this season this team give their all until the final whistle.

On the night Inverness CT were the better side but looking back Alloa had opportunities to score in the second half before they finally scored through Alan Touten’s penalty.

Goals change games and when Iain Flannigan’s late deflected goal reduced the deficit to 3-2, their seemed a remarkable chance the visitors could get something from a game which seemed unthinkable at 3-0. With time running out it was “The Wasps” who looked for an equaliser with goalkeeper Neil Parry adding his height in the oppostion box for a late corner, but it was too little too late. 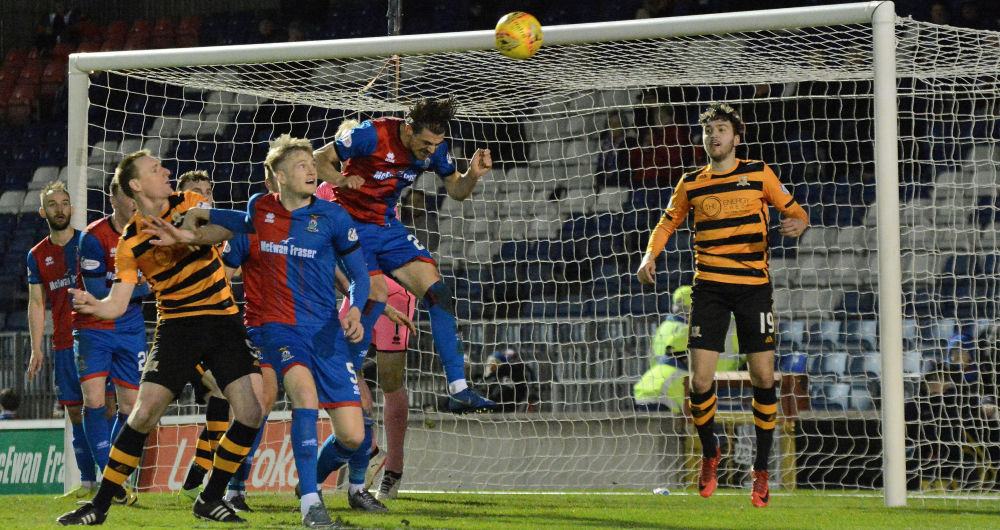 Inverness clear their lines at corner 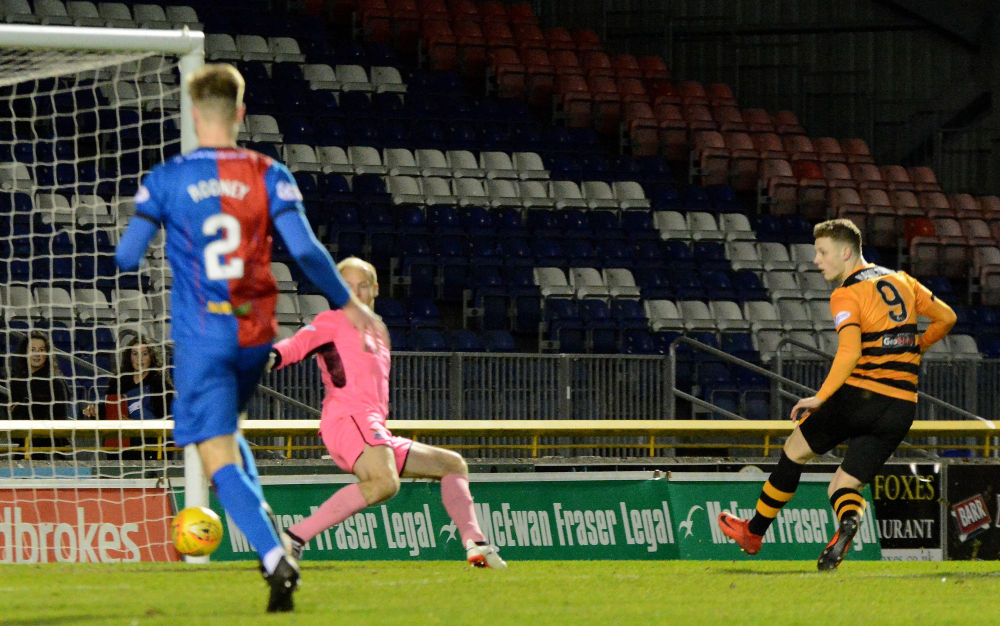 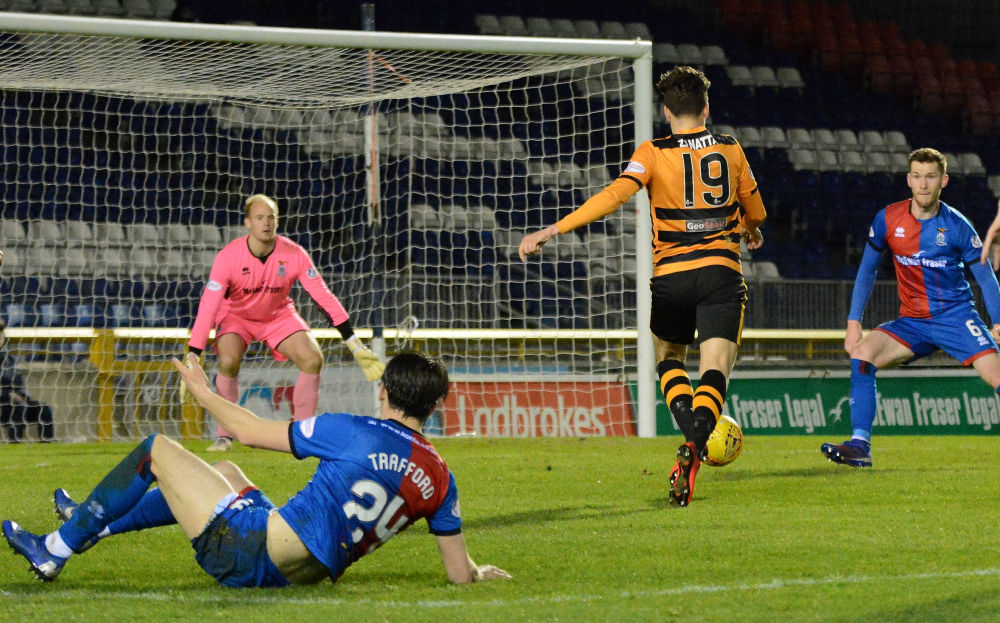 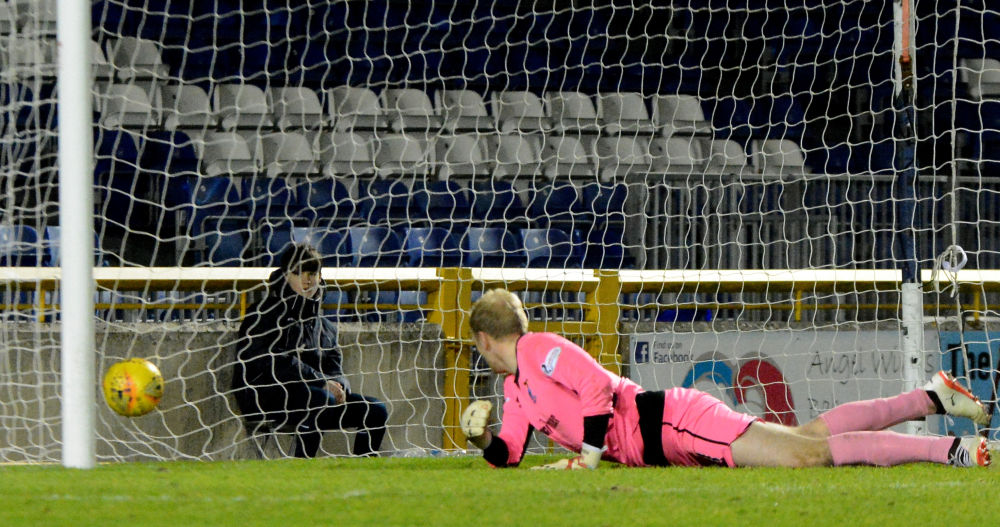 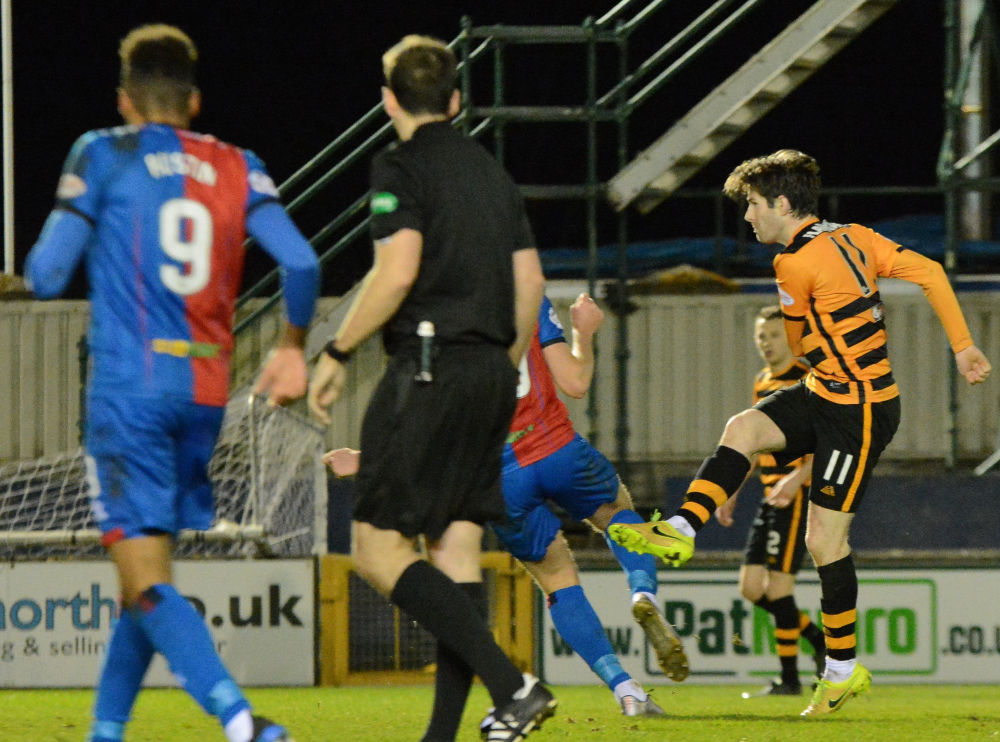 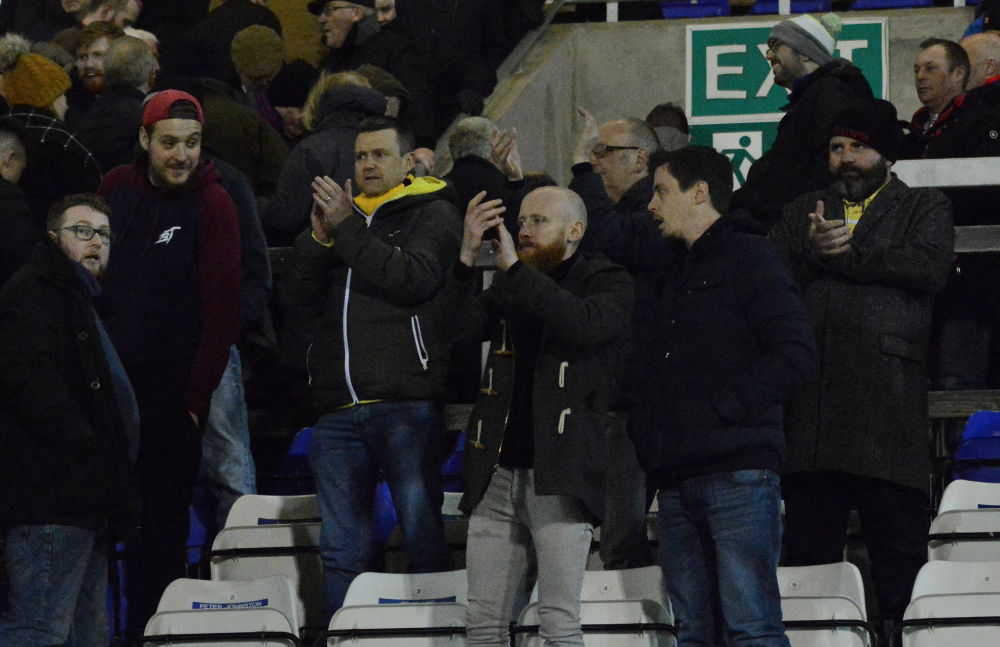 The two goals at the end make it look respectable but it would have been daylight robbery if we had come away with anything tonight, we didn’t do enough, we were poor in possession and looked vulnerable every time Inverness broke on us they were dangerous on the counter attack.  We spoke about it before the game but unfortunately we didn’t cope well enough on the night.

In saying that the goals were very poor we conceded, we have got to do better for the first one and stop the cross on the far side and Doran just ghosts into the penalty box a free header 12 yards out we needed to match him better. The second one Iain Flannigan slips in the box, he didn’t mean to go to ground and slips but it obviously looks a stonewall penalty and I can see why the referee gives it and the third goal is just a really poor goal we were all over the place, a ball straight through the middle of our back line and Jordan White is in on goal, all three goals were avoidable but at the same time we just didn’t do enough on the night. It was as poor a performance as we have had and we didn’t really lay a glove on Inverness all night, I thought they dominated the majority of the game, they controlled the game in possession and the only other game I can think was like it was a Tuesday night down at Somerset Park against Ayr United and that was the last time we had conceded three goals. These night games aren’t ideal for us unfortunately, some of the boys were out working at half past four this morning and I think that shows in the performance.