Paul Hartley’s side collected, what might be a vital league point at Ochilview on Saturday. the visitors had the best of the first half and went ahead in the 22nd minute when ex Wasp defender, Scot Buist fouled Calum Elliot in the box, Ryan McCord dispatched the penalty for his nineth goal of the season. in the second half, Martyn Corrigan’s “Warriors” fought back for a desrved in draw. Both teams will relate to chances missed, but Alloa keeper Scott Bain, captain for the day, proved why he is pushing for a place in the Scotland Under 21 squad. 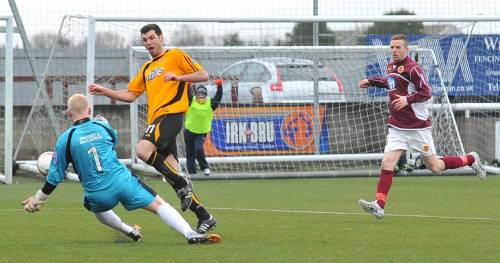 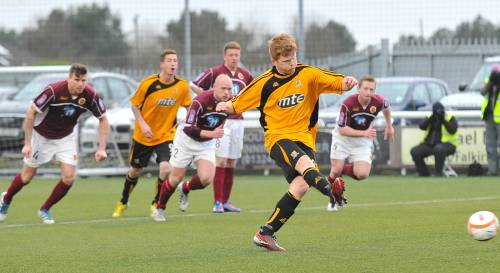 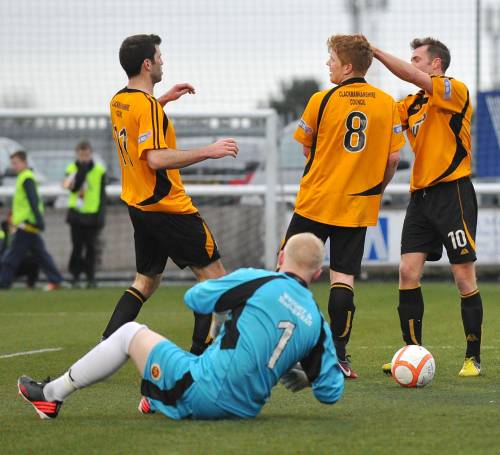 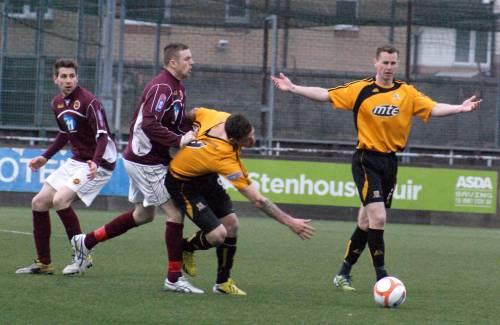 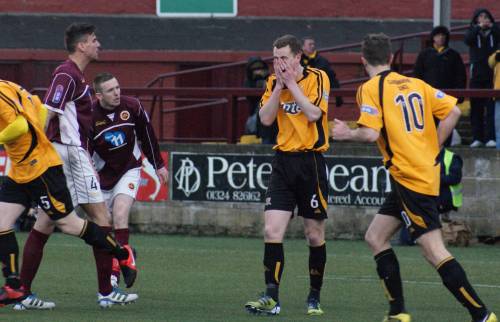 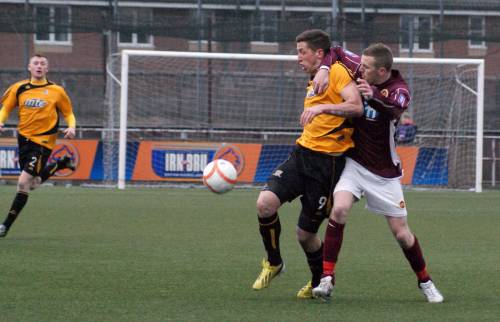 I thought we played well, in the first half we moved the ball well, we had good possession of the ball, the front three were causing a problem – Elliot had umpteen fouls committed on him – he was kicked up and down the park all day, but the referee didn’t want anything to do with him, however it might be a vital point at the end of the day. I thought it was a good game of football, both teams were at it and probably a point is a fair result. Every game is a big game, I said this to the players before the start of the game – we are now into the final quarter and that is when the prizes are given out and we want to be in the mix at the end of the season we have been good so far but we know that there is eight tough games to go and it is vital that we keep going and keep playing well, as I said we have had three hard away games and we have taken seven points out of nine away from home in these games, which I would have settled for, we have a strong mentality about us at this club, with eight games to go, we will try and win as many as we can and see where it takes us. I thought all the players did well today – they were comfortable with the ball and tried to play in the right manner, they handled the game pretty well and I was pleased with the whole team. My goalkeeper, Scott Bain, was great, but he has been doing it week in week out – I gave him the armband today, with Darren Young and Ben Gordon absent, just for him to take added responsibility of being a voice at the back, he never let me down.