“The Wasps” are still looking for their 1st home victory in the league this season after a disappointing game in which Paul Hartley’s side failed to take the opportunity of defeating local neighbours Stenhousemuir, whose team was without three main first team players. Neither goalkeepers were tested in a game which looked like ended 0-0, until Stenhousemuir scored on the break after 67 minutes when Darren Smith scored to break the deadlock. Alloa manager Paul Hartley introduced all three substitutes to try and get a hold in the game, but in fairness it never looked anything other than a bad day for the home side. In the final minute Stenhousemuir extended their lead when they were awarded a penalty and ex Wasp Brown Ferguson made it 2-0 to put the result beyond Alloa. It is now important that the team can bounce back with another home game next Saturday against Stranraer. 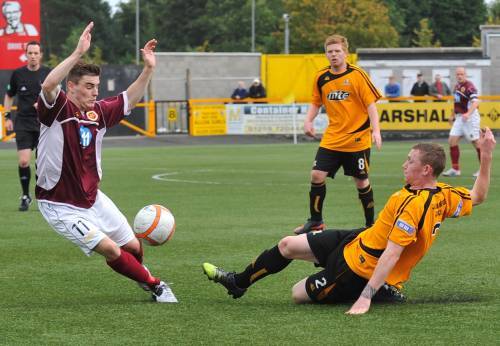 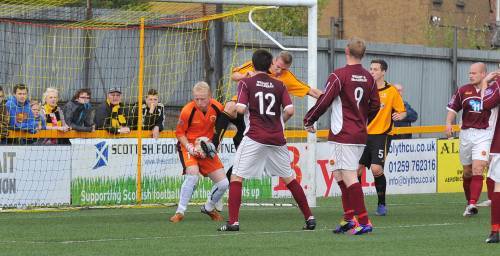 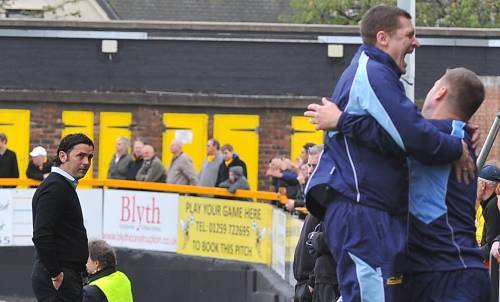 We were second best today and didn’t deserve to win the game, it was a bad day for us, it is the worst I have seen us play for a long time, I’m disappointed. We didn’t have one performer today, we just couldn’t get going – it’s a harsh lesson which the players need to learn quick and be ready for next week. We didn’t perform the full game – not in the way that I know Alloa can play, we need to regroup again and make sure we are ready for next Saturday. Games come thick and fast so we need to be ready for next Saturday, we know we will need to perform a lot better than we did today.

I’m not accepting that standard of performance – I praise my players all the time but we had no spark today what so ever and nothing was happening for us in the game, so we need to address that and make sure that we are better. We have no excuses, we never performed today and Stenhousemuir were the better team and deserved to win.