The Wasps took revenge at Ochilview today defeating “The Warriors” 2-0, a reverse of the score earlier in the season at Recreation Park, Paul Hartley’s team produced a polished, professional performance in a game Stenhousemuir can thank their keeper, Robbie Thomson, currently on loan to the club for some outstanding saves to keep the margin only to two goals. Prior to kick-off striker Martin Grehan had to pull out after feeling his calf muscle tighten and could not take place, also earlier in the day both Daryll Meggatt & Ryan McCord were ruled out with injury. The two goals were scored by Kevin Cawley who was a torn to the Warriors defence all day and a spectacular overhead kick by Stephen Simmons to give “The Wasps” a 2-0 interval lead. In the second half the home side rallied but Alloa always looked the more likely side to score, with quick attacks on the break. 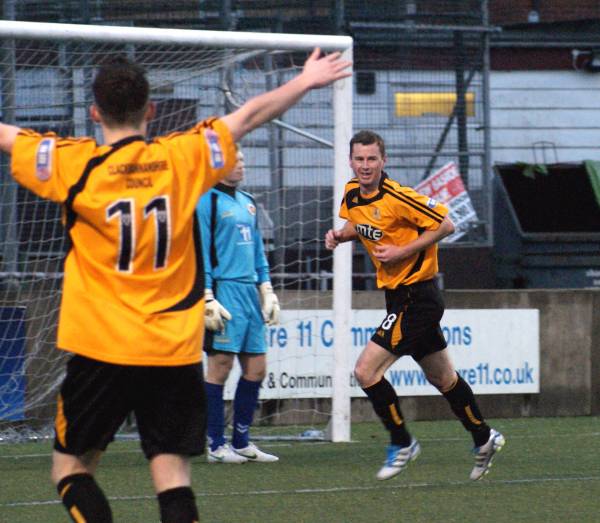 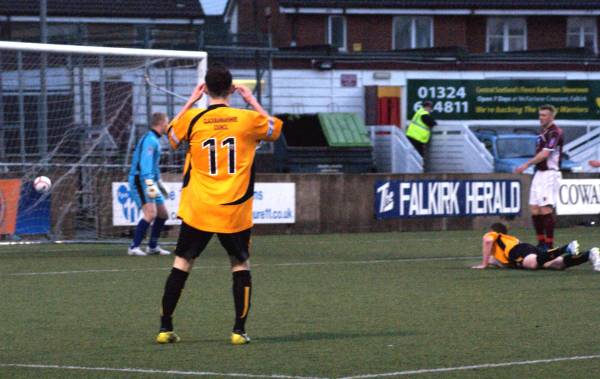 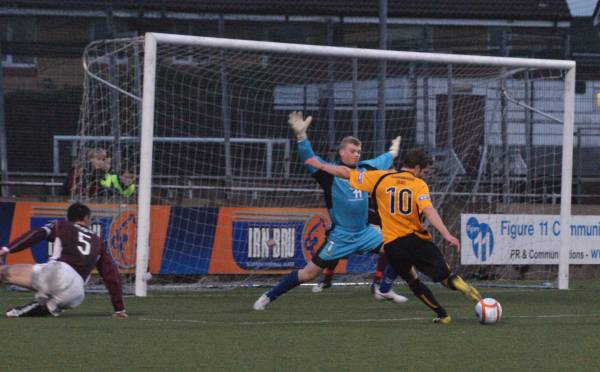 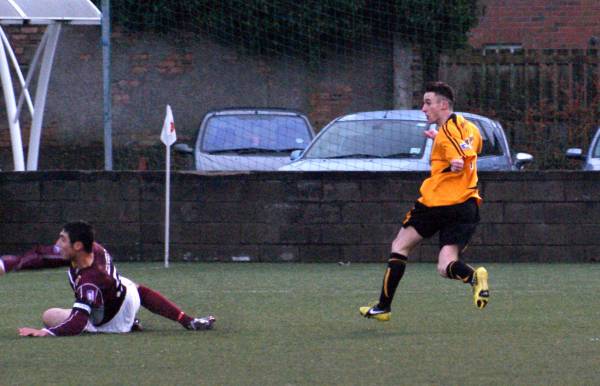 I am pleased with the performance, in the first half we were outstanding, the whole team were great we didn’t have a failure today – it was a magnificent performance and the game should have been dead at half time – their goal keeper made some great saves but overall a magnificent three points.

We are a passing team and like to pass and move the ball quickly, we have got some talented players here. I had to warn the players that 2-0 is a bit of a dodgy score – we had it last week and couldn’t hold on to it. I thought the second half was a very professional performance and we were able to see the game out. Stephen’s strike was a great goal and proved there is life in the old dog yet – to manage to do an overhead kick at his age was fantastic! I think the team played very well , Kevin scored the opening goal albeit with the help of a deflection but overall I have to be pleased with how the team performed and the end result. We are on a good run of form just now; but we have to keep it going.

It was good to see our full backs getting forward with Michael Doyle and Mark Docherty who were excellent , I thought the back four were outstanding, we have great pace and break quickly on teams and this is a good threat. It is good to get a victory going into a break now – it is always important to win, because if you don’t get a good result you have to wait for two weeks to rectify it – but the players have been magnificent – I cannot ask for anymore from them and they keep producing the goods every week so we are in a good run of form and have to keep winning as many games as we can and see where it takes us. We have a good squad of players and some good loan players at the club which helps. I think we need a good strong squad, today we had the situation where three players failed fitness tests prior to the kick off – Martin Grehan, who pulled up in the warm up with a sore calf – he was never going to come on after this because we could not risk him but he knew that and had to just sit on the bench, Ryan McCord and Daryll Meggatt both pulled out this morning due to injuries. We are not going to moan about injuries we just get on with the game and see where it takes us. Nicky Low looked good today and we are delighted he has extended his loan period with us to the end of December , however I am pleased with all my players, the guys who have came in have done a great job.