Another hard fought victory, which secured another three valuable league points, the only goal of the game by Ryan McCord, was a goal worthy of winning any game. The manager had to shuffle his squad with Graeme Holmes, Michael Doyle and Darren Young all missing, indeed Michael Doyle, who is requiring a double hernia operation will be operated on later this week and could be out for five or six weeks. 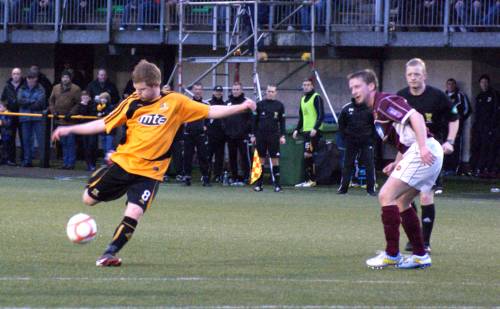 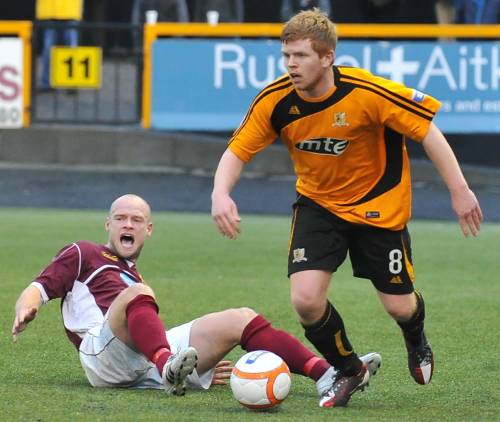 PAUL HARTLEY AFTER VICTORY OVER STENHOUSEMUIR

It was a great goal from Ryan McCord to win the game but we know he is capable of that. In the first half we played pretty well with some good passing in our play and some good movement. In the second half it was a little bit scrappy for us – the back four played really well today they defended the box really well and our goal keeper didn’t have a lot to do – I can’t remember him making many saves today. Any win is important but I think at home we are looking strong now, another clean sheet – I think that is 9 in 18 games we are through the second quarter and are in a nice position , but we want to keep it going because there is a long long way to go. We have had to shuffle the pack a little bit with the back four and with Michael Doyle ruled out for at least five to six weeks – he has a double hernia and will require an operation this week, Jason Marr has came in at right back and Daryll Meggatt played left centre back, with Mark Docherty returning at left back – so special praise for the back four they were excellent. I thought their left back was causing us problems so we brought on Eddie Ferns who then caused him problems with his pace, which we know he has and he produced that again today. He is still raw, he came in from an amateur team but he is learning every game. Nicky Low has great energy, good quality and was unlucky today with a couple of efforts – he is a great kid to work with and hopefully his spell here will do him the world of good when he goes back to Aberdeen whenever that is. We are in good form, we have had eight wins in eleven matches, two draws and a defeat so we are in good form. We go to Brechin on Saturday which will be another tough game, the players will need their rest now to make a full recovery after the game – we know the next game is going to be difficult, Brechin are playing well, highlighted today with a great 4-1 victory at Station Park against derby rivals Forfar Athletic.