Saturday’s defeat to Greenock Morton was a difficult result to take given how much of the game “The Wasps” had along with opportunities created. However the bottom line is it is about taking your chances and sometimes having to make your own luck.

The manager was able to bring back Liam Dick & Iain Flannigan after a period out through suspension but unfortunately had two do without his two top goalscorers Alan Trouten and Kevin O’Hara, Liam Buchanan & Robert Thomson both starting the game up front.

Once again Alloa produced a lot of good football but lacked the killer touch in front of goal, taking an extra touch and then the chance was gone. The closest “The Wasps” came to opening the scoring was when Liam Buchanan looked  to have timed his sortie into the box, only for the referee to cancel his effort for offside which VAR might have suggested otherwise.

When the opening goal came it has to say in was a cracker and something Nicky Cadden had threatened to do earlier in the game, he will not strike a ball more cleanly. However losing a second goal three minutes later was a bigger shock and one which ultimately won the game for David Hopkin and his Morton team

To the players credit they never gave in but the current deepth of squad gave the manager little attacking options from the bench. When the squad is fully fit they haved proved to be the equal of any team in the league, but when the squad suffers injuries or suspensions it is stretched and in need of more options.

Like other managers, Peter Grant will be looking to strenghen his squad in the January transfer window, however it is a tough time to attract players to the club and players waiting until end of January before committing themselves.

Sitting at the bottom of the league is not a place we will want to be, however we must stay strong and look to move up the table, keep on believing. 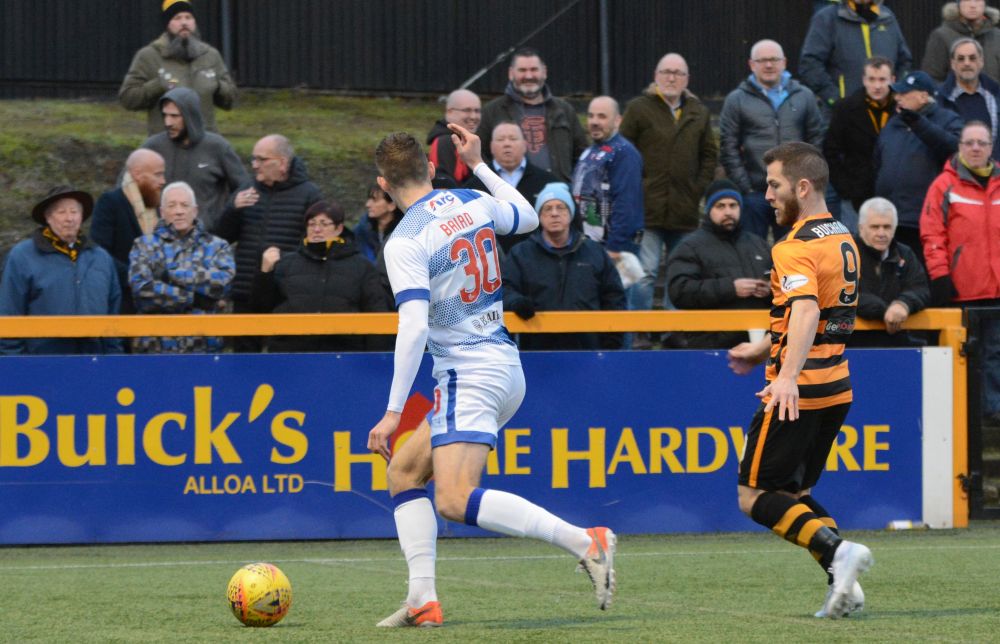 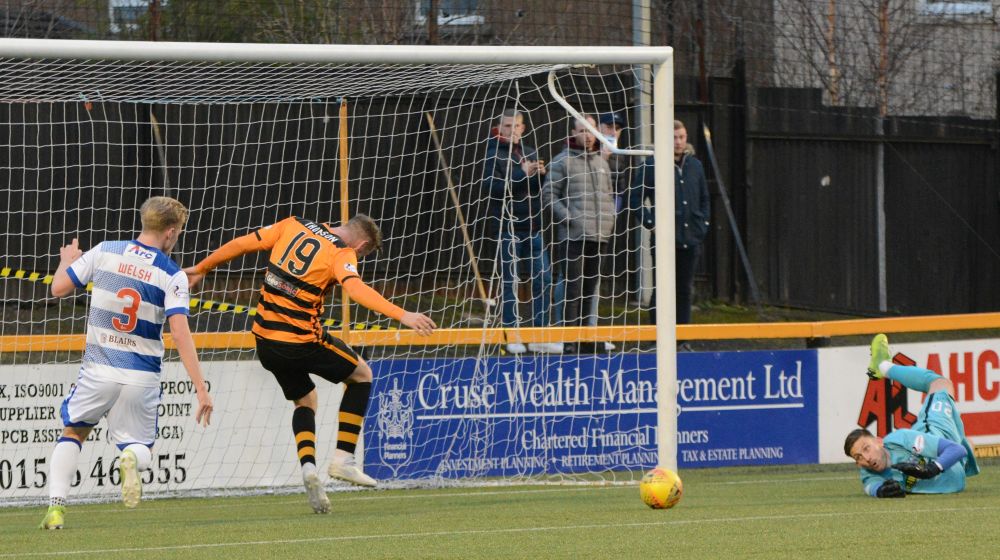 Robert Thomson just fails to conect with ball across goalmouth 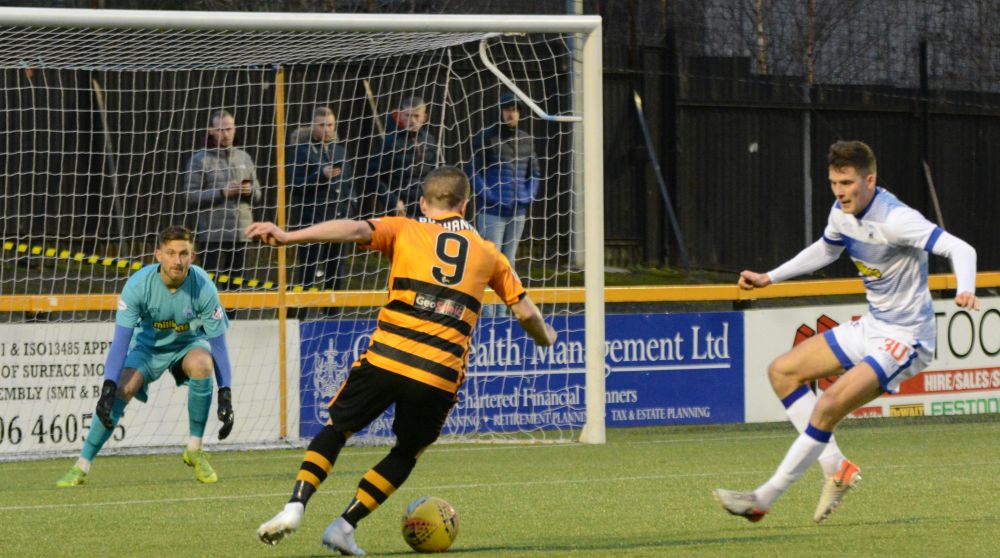 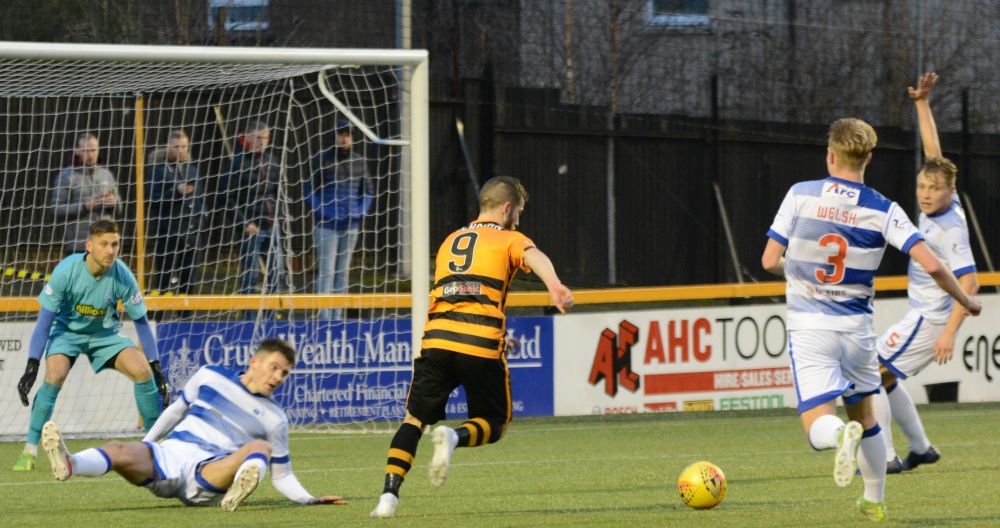 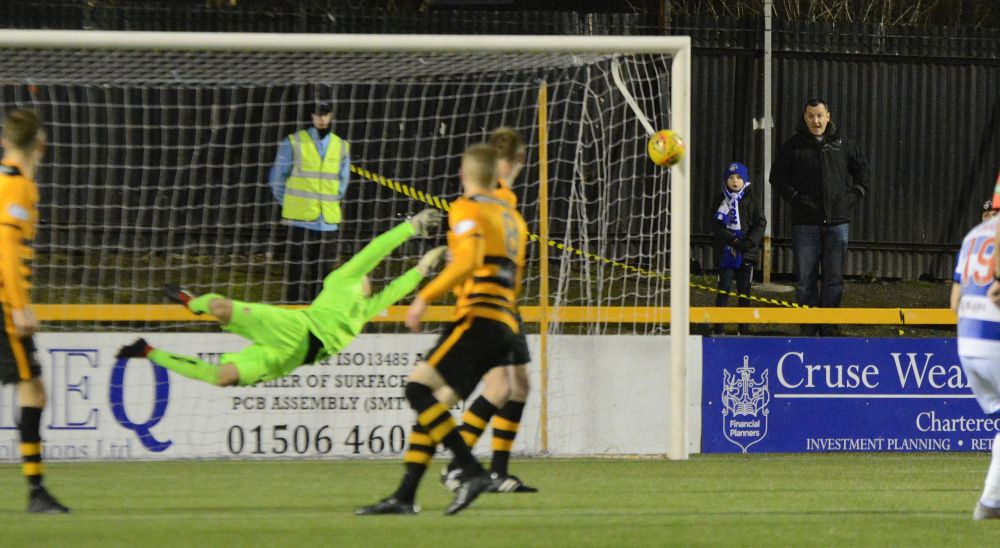 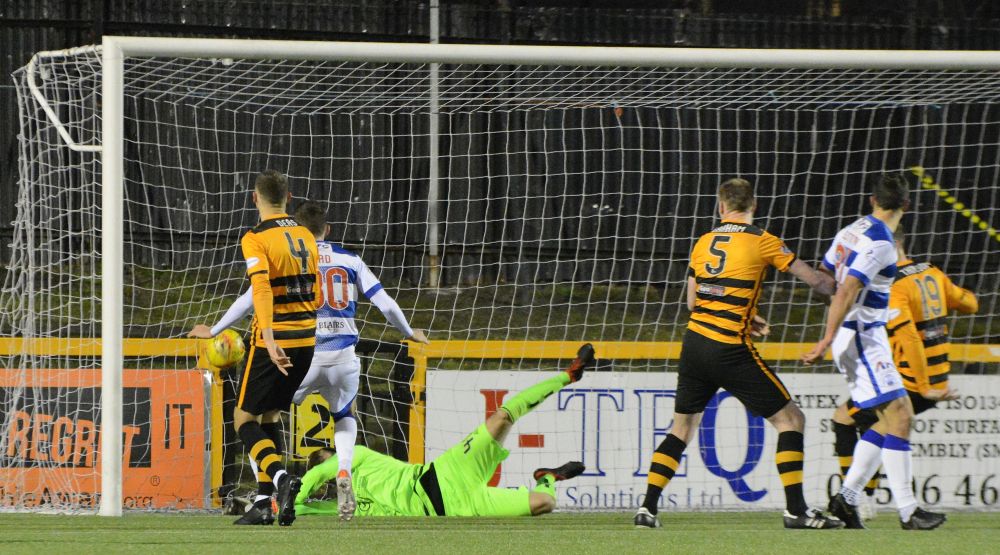 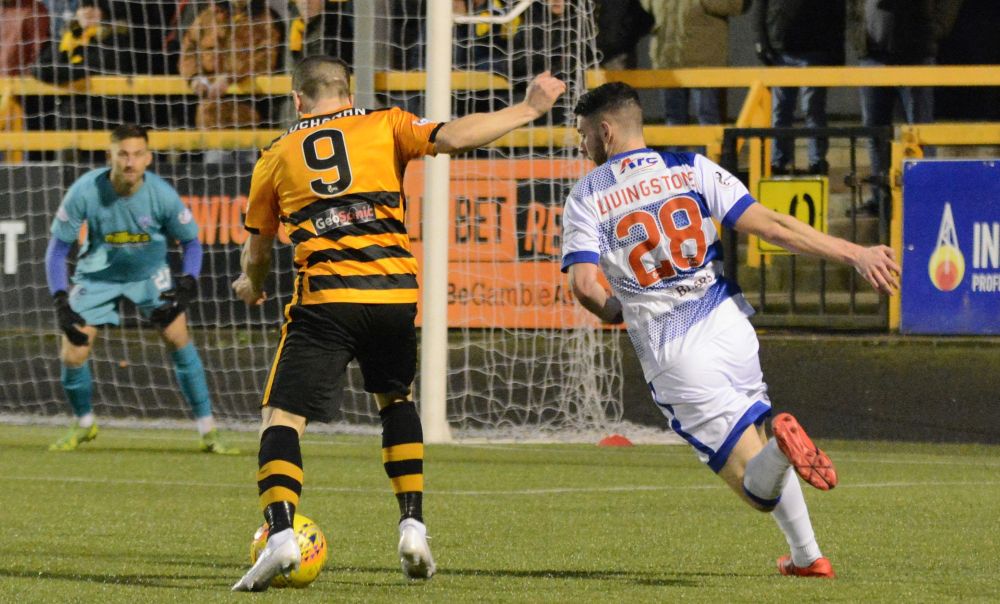 Liam Buchanan fails to get his shot away

We lost the game in a ten minute spell, we knew that Morton would put us under pressure from crosses and second balls but the way we lost the first goal, we defended it then tried to play out of defence and got caught which was silly, the ball came back in and you can see the wonder strike and sometimes a strike like that can give yourself a lift. We then don’t pick up and it’s the one thing Morton will always do is ask questions at the back, we knew Morton would put crosses into our box and that is the time our concentration levels needed to be at our best and we got caught out again in that ten minute period which cost us the game.

A lot of people were telling me the goal we had chalked off for offside looked like in was on side but Morton manager David Hopkin could also say his side should have had a penalty it is unfair the game is so quick now and I understand that, I have battered referee’s left right and centre so I think this time I have to be fair I have not seen the incidents back their penalty claim or our goal. We all know goals change games and I am not sure Nicky Cadden will score a better goal, it was a wonderful strike but that’s when you have to show your metal and concentrate during that period and we didn’t do that well and that’s what cost us the second goal.

I think we get into great positions especially in the first half but the final ball was not good enough, Morton defended well so you need to give them credit, we got into good areas but when we had the opportunity to have a strike we took an extra touch and that’s why I go down to one touch training because I think, why take an extra touch because you will not get that opportunity, even at the highest level you get minimal time and at our level as well it is very difficult because you are playing against decent players. We have to have the belief to strike the ball early, it can deflect off somebody but get a shot away. We can speak about Jermaine Defoe and he is the best to work with because it is touch and bang and he showed that last night against Hibernian, and we need to get into that habit and there were opportunities we could have done that and that changes the game completely because in between both boxes we are playing a lot of good stuff but what wins you games and trophies and keeps you in leagues is what you do in your own box and in the opposition box and unfortunately we have not been clinical enough or defended well enough in our own box. It is frustrating; yes we had our two main strikers out today and guys on the bench just to make up numbers so it is difficult when we don’t have a lot to change it and that is something I have learned, so we will have to look at it not just changing the personnel, then you have to change everything, especially today and I don’t mean to be disrespectful the players on the bench were not the type of players to change the way and get us goals and that is something we need to look at.